Manga, for a time, was flipped to be read left to right from its original right to left format. Anime (especially through 4Kids) took on heavy localization. Brock’s ‘Doughnuts’ anyone?

As both mediums grew further popularity into the 2000s so did greater interest for Japanese culture in general. Manga stopped getting flipped, and anime dubs drew (somewhat) closer to the original dialogue for the consumer hungry for a more genuine, unaltered product.

Manga sees a strange occurrence of getting re-translated between publishers, and to illustrate this, while also keeping with the Holiday Season, the subject of this Manga Meditations is Kiyohiko Azuma’s Azumanga Daioh (Dengeki Daioh, 1999-2002). Specifically the ADV Manga release (2000), and the Yen Press release (2009), focus being given to the first Christmas installment that can be found in both versions.

A four panel format, Azumanga Daioh reads like the Sunday funnies, and its premise is pretty simple. High school. It is easily accessible, and low impact, making it a great starting point for anyone looking to approach the manga medium, or anime, for the first time.

Being a slice of life, it isn’t embracing anything grandiose, but the comedic interaction between the teachers Yukari Tanizaki (English teacher), and Minamo “Nyamo” Kurosawa (Gym), and five of their female students form the heart of most plots with easy going humor. 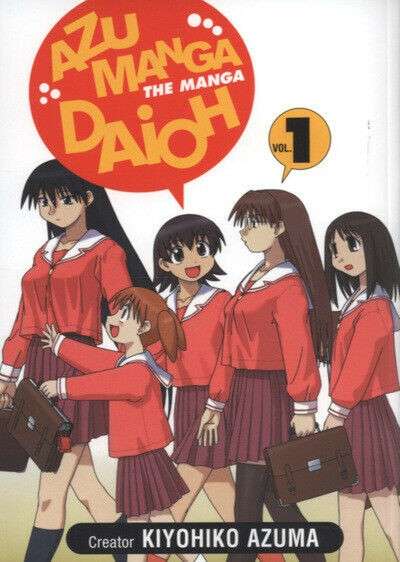 Yomi is urbane, cynical, a Meganekko, and struggling keep to a (or any) diet. Tomo is close friends with Yomi…and loud. Sakaki is quiet, athletic, and adores cats; if only they’d stop biting her hand every time she tries to pet them! Chiyo-chan is a ten year old girl genius newly arrived in high school. Kagura is a tomboy, and rival of Sakaki’s.

Then there is Ayumu Kasuga, a transfer student quickly nick named ‘Osaka’ (because that’s where she’s from). The nick name sticks so well that she doesn’t recognize her actual given name at one point during the manga, looking for Osaka, and not Ayumu, up on a school post board.

Coincidentally, Osaka is often the setup, and punchline for many of the gags throughout the series. A load bearing character, and wellspring for the jokes, the often vacant, eccentric thinking Osaka tends to make strange or cruelly blunt observations to hilarious effect. 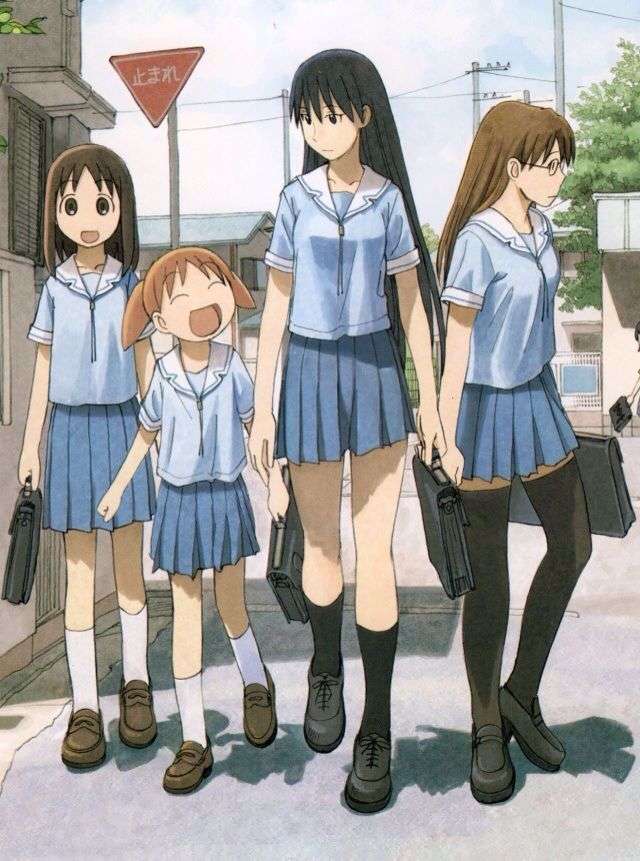 This brings us to a passage called ‘Christmas Party’. Tomo, a common first panel instigator, proclaims loudly that it’s ‘party time’, and the girls all summarize the evening’s agenda, with karaoke, cake, and a slumber party at Chiyo-chan’s house (her parents are loaded, and their home is huge). Typical of Osaka, the most brutally clear observation is voiced, completely oblivious to how abrasive it is.

Osaka (ADV Version): ‘No one’s got a boyfriend to bring along?’

Osaka (Yen Press Version): ‘Ain’t nobody got a boyfriend?’

Tomo in both renditions quickly asks what cake Chiyo-chan has made for the party, purposefully trying to move things along without having to acknowledge Osaka’s statement that none of them have a special someone for the romantic holiday. Reading them over again, we find that while Osaka caused discomfort among her friends, what she actually asked was asked out of bewilderment.

We can divine Osaka’s regard of her friends from both versions of her question to be very high, believing them to be attractive and well spoken. Why wouldn’t they have boyfriends? The question was a compliment of sorts to her peers, and was in fact kind, if not rather sweet of her to make. 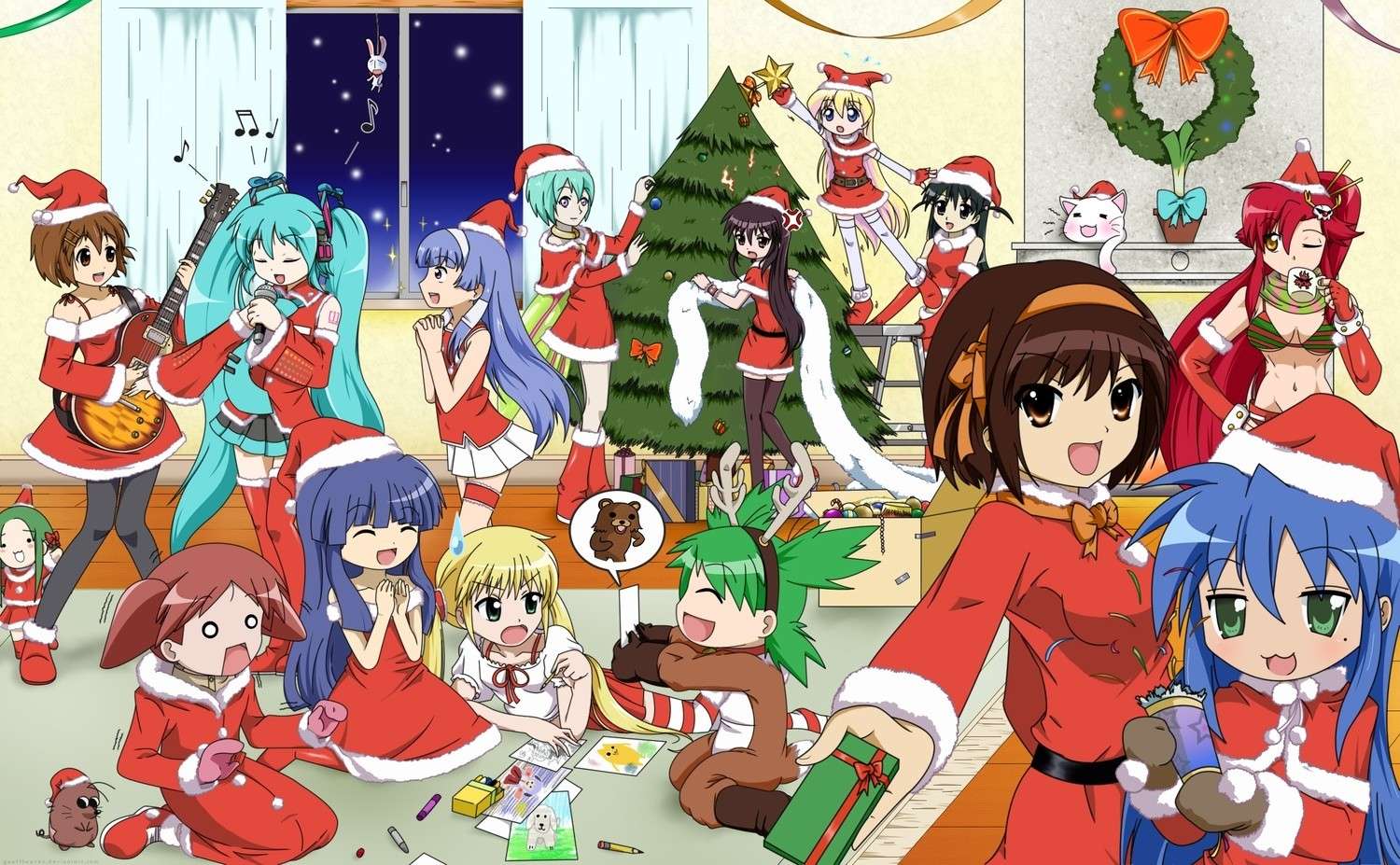 While her question comes across a bit more harsh (and therefore funnier) in the Yen Press version, her ADV translation conveys a more innocent realization, a discovery that her friends somehow didn’t ‘find a find’ or ‘catch a catch’ for Christmas.

I prefer the ADV version in general, it being my first introduction to Azumanga Daioh, and in my opinion, capturing the jocular exchanges in dialogue better. I must admit, though, that Yen Press with its extensive translation notes, did a closer, truer translation as a whole.

Either way, warm humor fitting for a cold time of year. Kyohiko Azuma’s writing brims with such acute, down to earth wit, whether it be in Azumanga Daioh, or his current manga, Yotsuba to! (2003-present) that you can’t help but laugh, or smile, and keep reading!

So, even if things get lost in translation (or added), have a chuckle at your own personal lot, but above all be kind, and happy during this hectic holiday season.

Why Star Trek VI: The Undiscovered Country is My Favorite Trek Film