This week fans welcomed 90’s superstar Rob Liefeld (X-Force, Youngblood) back to Marvel Comics with his newly created Major X character and series of the same name. There’s a tremendous amount of reader excitement and I’ve seen a lot of praise for Major X online. Many 90’s fans that will love this comic but if you’re into fleshed out characters and well-crafted plot this issue falls flat. There are many things to like about the book including tons of fun action, a cool cast of established characters (Beast, Cable, Domino, Wolverine, Deadpool) and did I mention all the action? 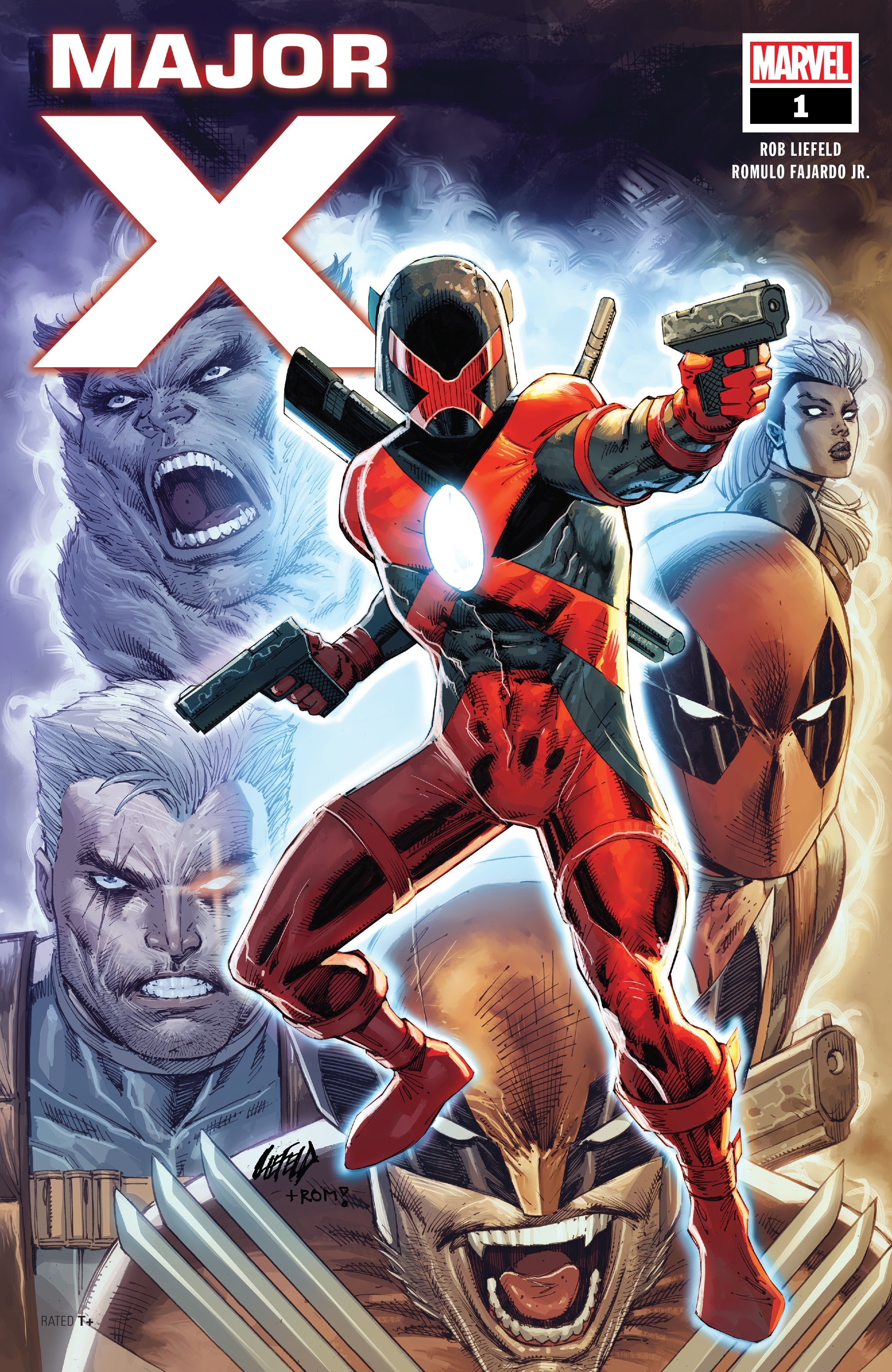 Rob Liefeld’s art has long been a lightning rod among comic readers due to his penchant for making everything from physiques, to guns, to action much bigger than his contemporaries. Liefeld’s action is frenetic throughout, which is good fun for the reader. The issue is a callback to 90’s era comics and color artist Romulo Fajardo Jr. does a great job creating a nostalgic feel to the book.

Rob Liefeld’s wild action and odd panel sequencing make parts of the mayhem hard to follow and some sequences don’t make sense. My assumption is Rob wanted to create a chaotic feel for the reader and this was mostly intentional. Another issue I noticed is there are multiple inkers on the book (Adelso Corona, Dan Fraga, Liefeld), so the line art can be inconsistent from page to page. 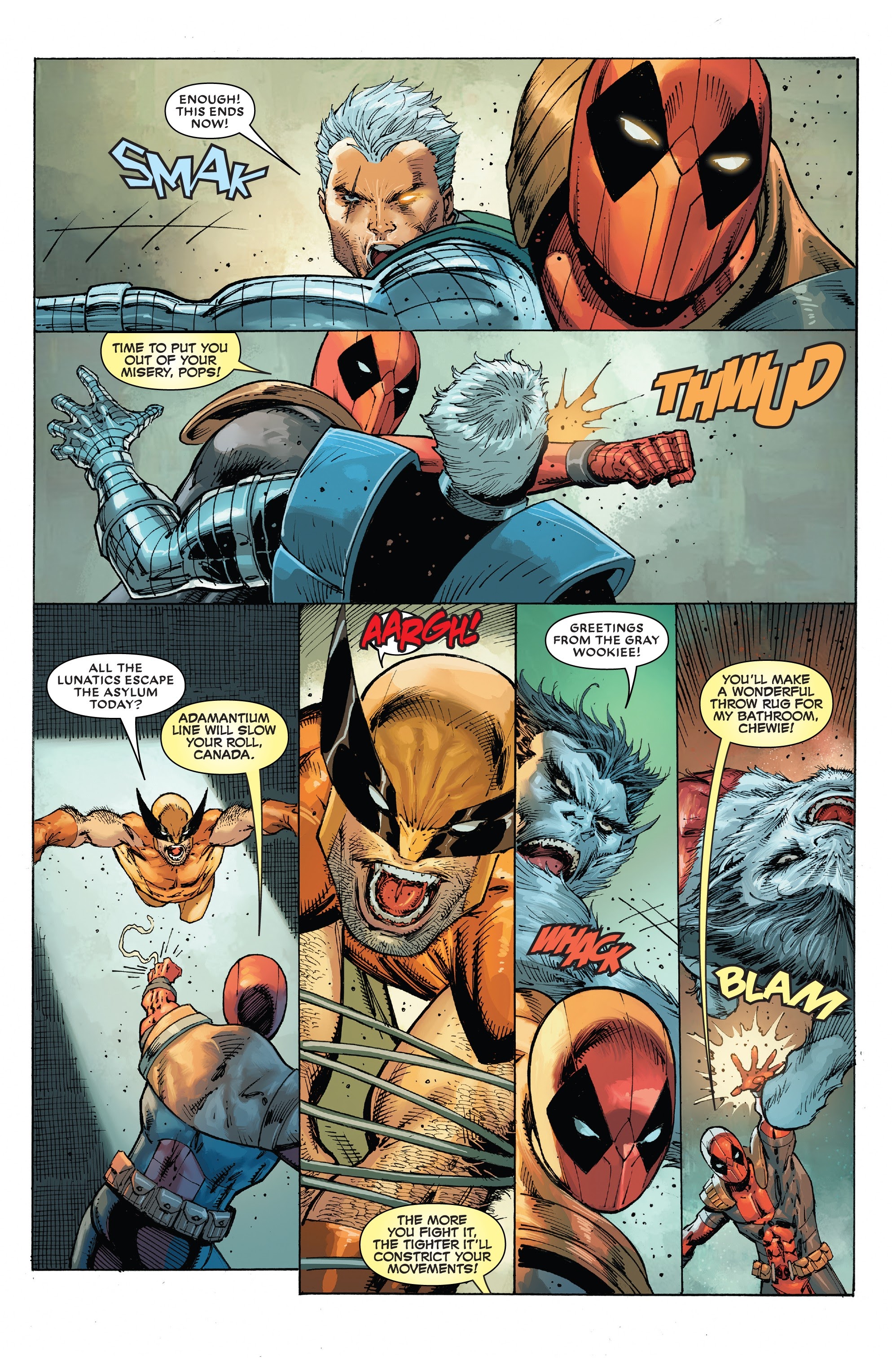 Rob Liefeld’s artwork has changed a bit over time but overall Major X #1 delivers the nostalgic feel he’s looking for and fans buying the book for his name value should come away satisfied.

Liefeld created numerous classic characters throughout his career, but I’m skeptical Major X will be one of them. In all honesty, while the book is anything but boring, the titular character himself is pretty bland. He’s a badass from the future and that’s about it. The final character reveal for Major X is so cliché it could be spotted the moment the book was announced. I won’t spoil it, but it’s a huge letdown.

And the entire issue is held back by bad dialogue. During his opening fight with Cable, Major X tells him, “it’s an honor to engage you in this manner.” It’s an eye-roll worthy line that’s supposed to be one of his “big character moments,” but it doesn’t work. Rob also inundates readers with ridiculous amounts of new X-phrases as Major X tells us about the X-ential who created and maintains the X-istence. If the story were cool or the new character were awesome, this wouldn’t stand out so much, but in a flawed book like this one it’s just new X-gibberish. 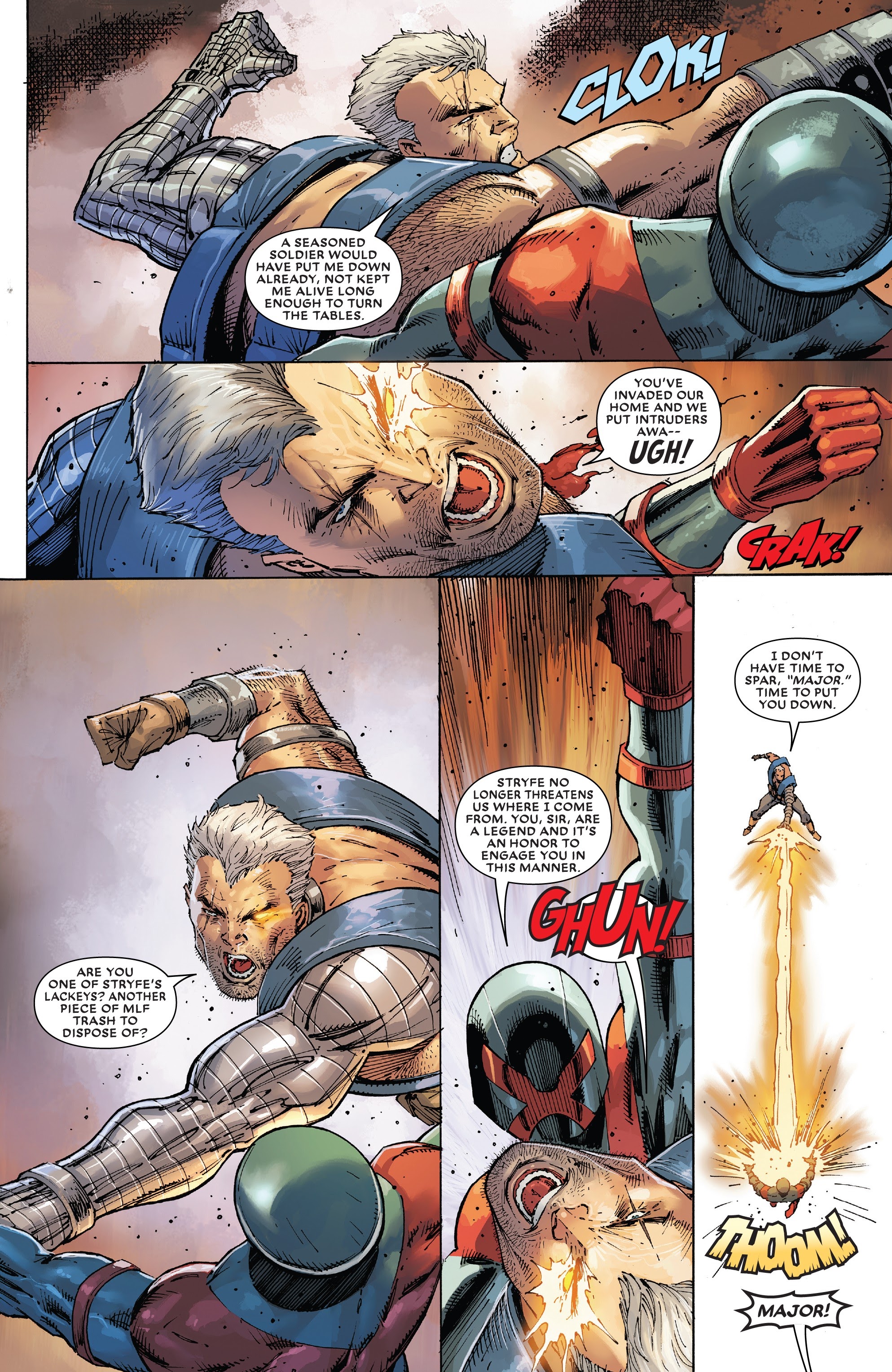 The story is one enormous action scene with an exposition-filled intermission. Its premise is also very formulaic X-Men fare. Major X & Beast are from the future and need Cable’s help to save mutantkind’s very existence. The X-ential has gone missing and the X-istence cannot be maintained without its creator. Major X and Beast are on a mission to save their world and bring the traitors who destroyed it to justice. The final act of the book is an incoherent mess and is highlighted by classic characters entering the battle randomly.

Liefeld’s writing feels a bit rusty overall, but Major X is a fun story, even if it’s cliché and a bit incoherent. If you’re a fan of 90’s over-the-top action comics, you’ll probably enjoy this issue and be coming back for more.

Here We Go Again: Marvel is Rebooting the Avengers
All the Reasons HBO Max's 'Velma' Went So Terribly Wrong
Movie Industry Starts to Notice the Superhero Genre is Waning
Life Story: Has Marvel Comics Mistreated their First Family Beyond Repair?
DC Comics Asks Its Readers "What’s Wrong With a Pregnant Joker?"
Hugh Jackman: I Need 'Six Months' to Get Back in Shape for Deadpool 3
Report: Comic Shops Pressured to Overbuy Unpopular 'Woke' Comics