TAGLINE: There are only two things to do in this small town. One is watching TV . . . 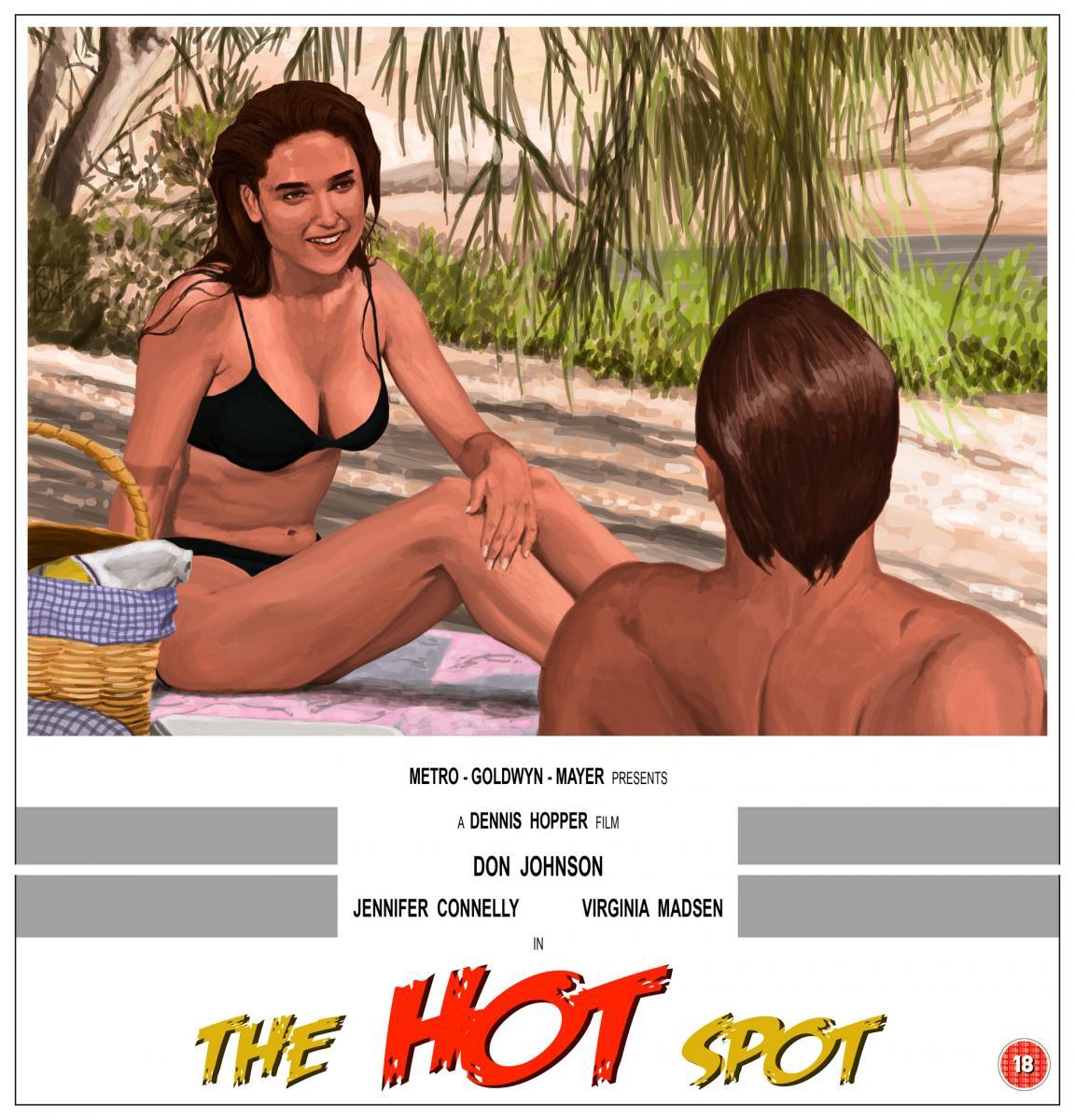 Don Johnson’s been on the comeback trail for sometime, with impressive performances in movies/series including Django Unchained (2012), Cold In July (2014), Brawl in Cell Block 99 (2017), Dragged Across Concrete (2018), Watchmen (2019) and Knives Out (2019). It’s easy to dismiss his career prior to this late surge as merely nondescript gigs secured due to his Miami Vice and later Nash Bridges TV fame. 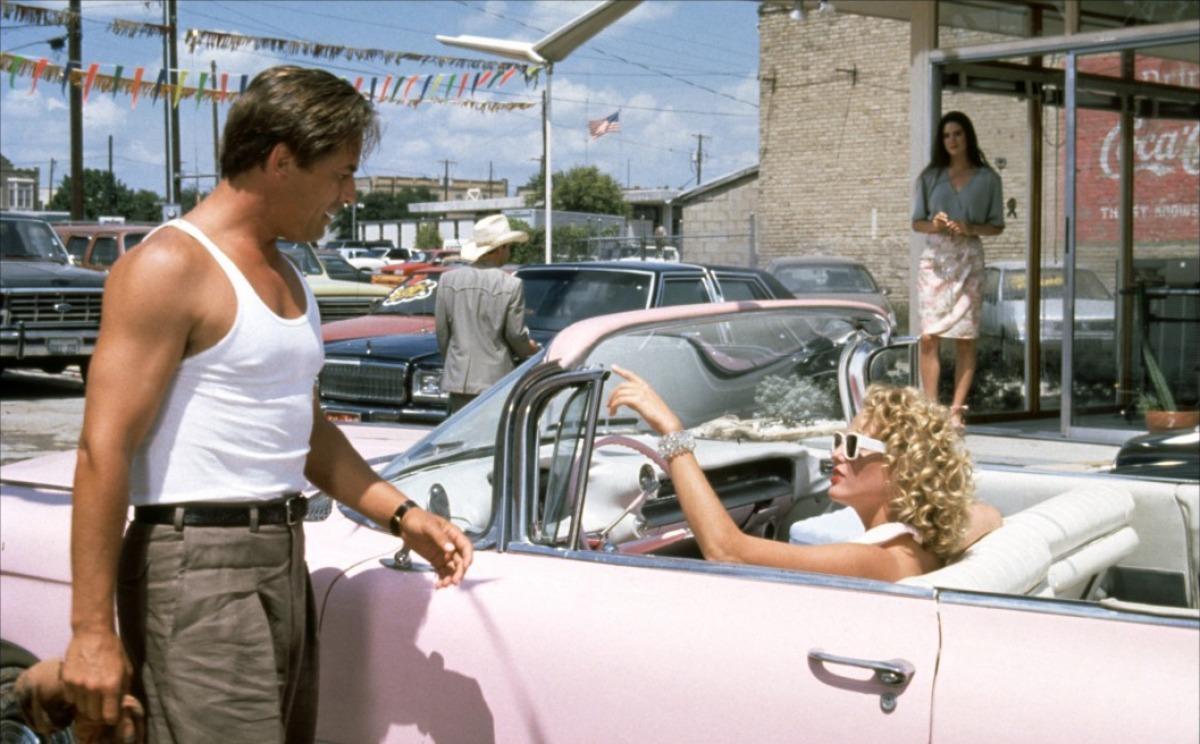 As the 1990s began, television stars from the previous decade starting attempting to make the jump to the big screen. Such was the case for Don Johnson, a huge star of the TV cop drama Miami Vice. He stars as a handsome drifter who comes into town and develops a crush on very young Gloria Harper (Connelly), who works at a car dealership. The dealer’s wife is Dolly (Virginia Madsen) who takes an interest in the drifter and the two begin an affair, though it’s aways Gloria on his mind. Complications ensue with betrayal and murder the end result.

But between this two pictures Johnson starred in a hidden gem – Dennis Hopper’s The Hot Spot, a steamy neo-noir based on Charles Williams (1909-1975) 1952 pulp novel Hell Hath No Fury. The previous year William’s Dead Calm had been adapted for the screen for the hit movie of the same name, so the late author was enjoying something of a hot streak. 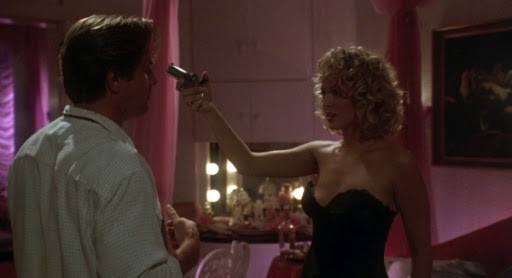 The story follows familiar noir conventions, with Johnson as amoral drifter Harry Maddox, who rocks up in a small Texas town to find love of a kind with Jennifer Connelly’s Gloria, but runs out of luck when he encounters the predatory Holly (Virginia Madsen) and assorted slime-balls, including William Sadler’s creepy blackmailer Frank. The amiable Charles Martin Smith (The Untouchables, American Graffiti) also appears in THS – as one the few not entirely nasty residents of the buttf*ck nowhere burgh. 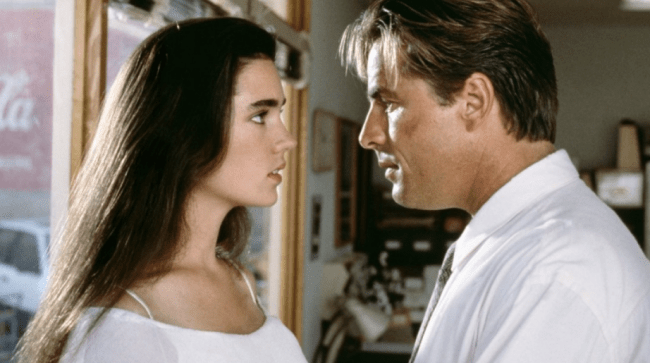 No one I know watches this movie for the action, other than the girl-on-girl nude action. Virginia Madsen’s near constant state of disrobing and Jennifer Connelly’s steamy nude scene with Debra Cole are a few of the more memorable things about this less-than-stellar Hollywood flick. Supposedly Hopper was going to direct an original script of the same name by Mike Figgis (Leaving Las Vegas), but happened upon Williams’ old screen adaptation of his own novel which had been intended for Robert Mitchum (and you can see why), then deciding on it as the picture rather than Figgis’ draft.

Hopper decided to make the movie as a kind of Last Tango in Paris (Texas), so, if you’re offended by the sight of naked female flesh, this isn’t the picture for you. It’s a good, if ultimately bleak yarn – and Connelly and Madsen certainly are both more than easy on the eye for the ‘daddy’s’ in the audience…

Oh – and an atmospheric score by the great Jack Nitzsche (One Flew Over the Cuckoo’s Nest/Cutter’s Way), featuring Miles Davis and John Lee Hooker.

This able thriller that would be long lost in the pantheon of cinema but has remained in the know for one very specific reason: Jennifer Connelly. More precisely, a fully nude Jennifer Connelly. Of course, she handles herself well in her first ‘adult’ role, breaking from the innocent young girl persona of her previous successes, such as Labyrinth, and established the smoldering, playful woman she will embody for several more films. 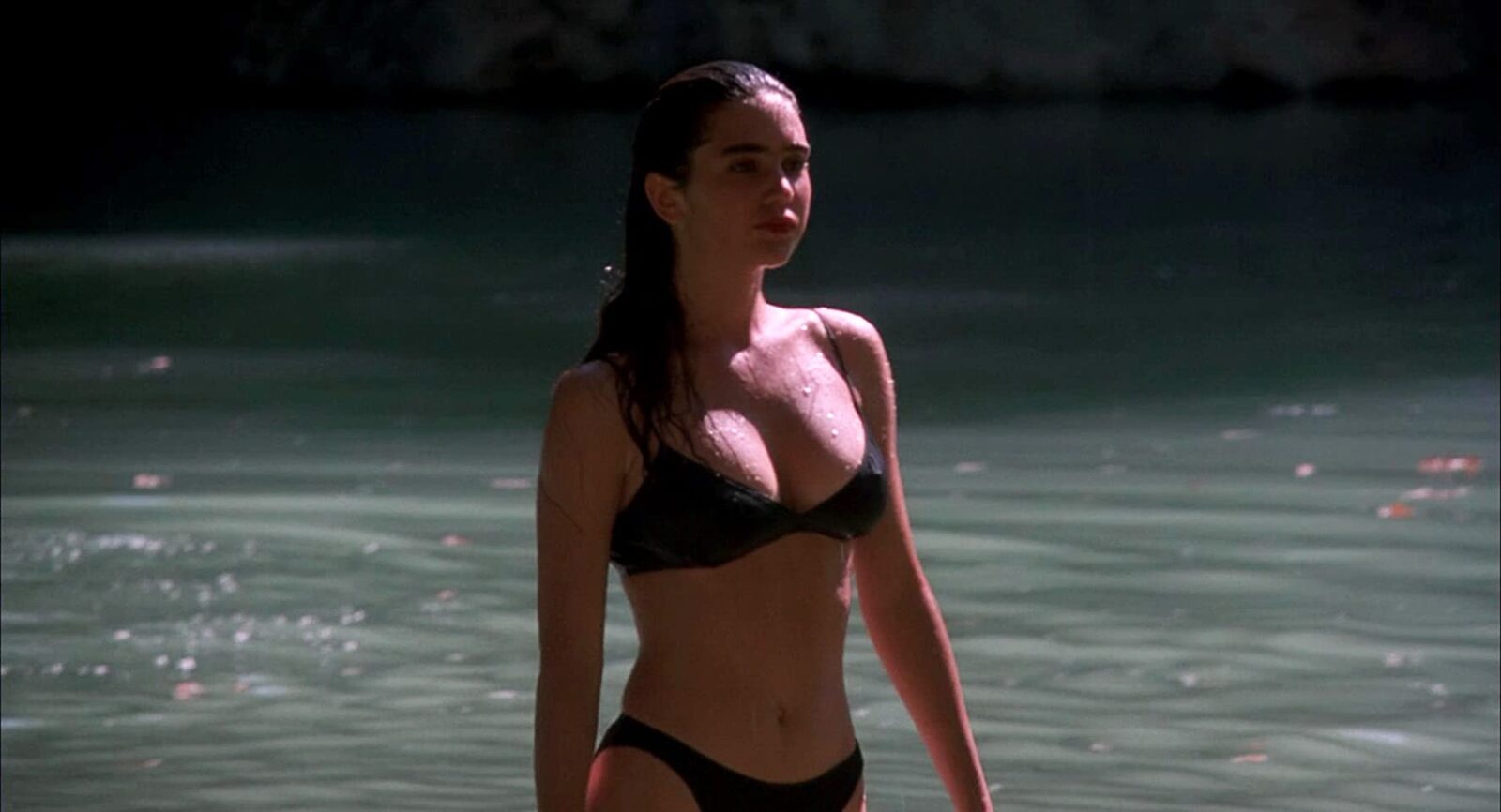