Not a great series, but it has its amusements. What started as a rather serious look at a policeman with suicidal depression finding reason for life quickly became a corporate product, driven by opening weekend grosses hinging entirely on recognizable elements and the charm of its leads.

I can easily see why Shane Black found a way to direct his own scripts with Kiss Kiss, Bang Bang. His script for Lethal Weapon 2, supposedly some kind of masterpiece, was rewritten to the point where it barely looked like the script that started the production. 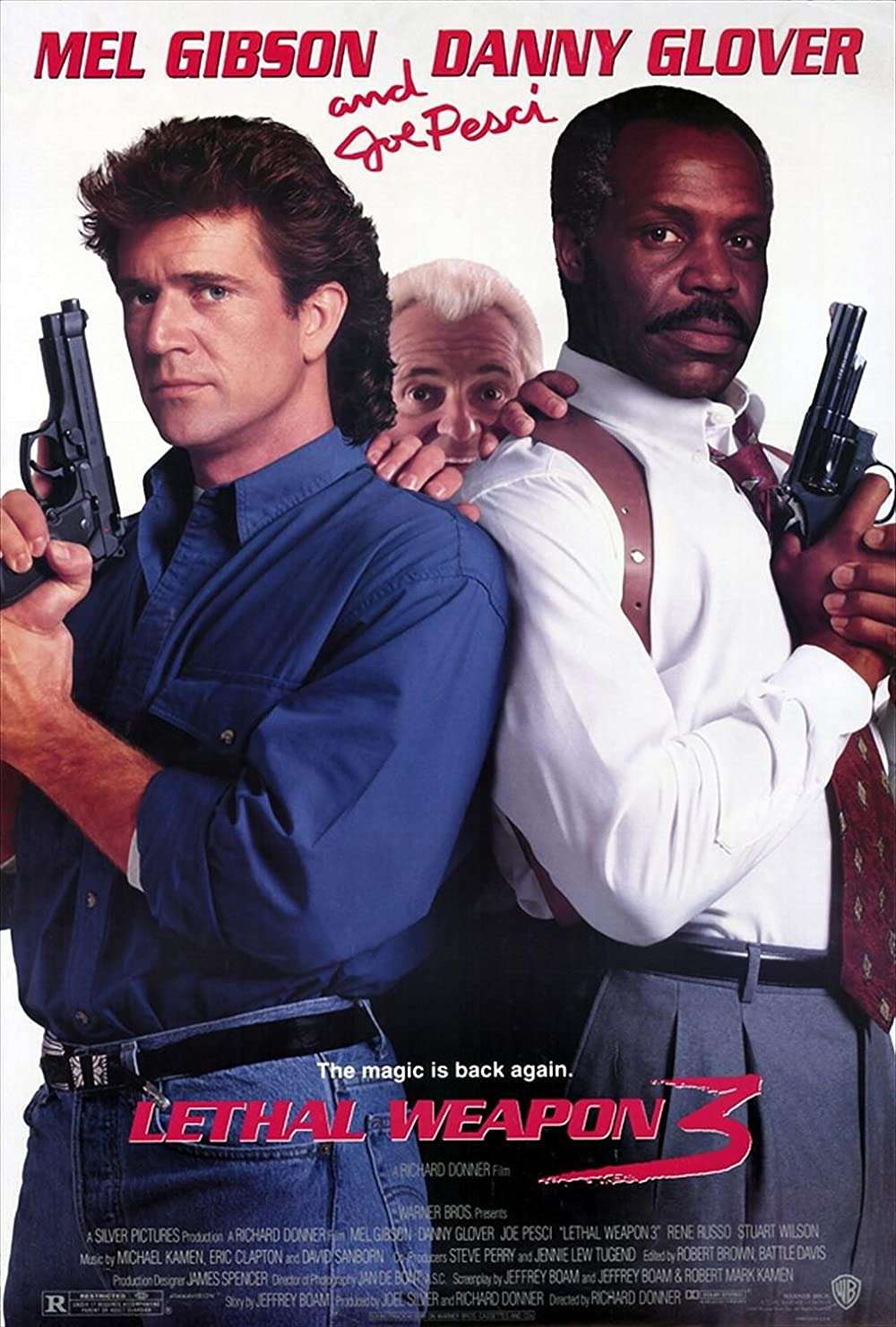 #4 in my ranking of the Lethal Weapon franchise.

In retrospect, I was probably a tad overgenerous to Lethal Weapon 2. It was a made by committee mess, but it still managed to entertain me. Well, the second sequel in the franchise continues the heavy downward trend, becoming pretty much nothing more than an interconnected series of ideas that never actually gel in any way, shape, or form. It relies heavily on charm and chemistry from the actors, but that really only goes so far when the scenes of chemistry between our two stars end up feeling like they’re from a completely different movie than the one around them. And what’s around them is a hodgepodge of different stories and set pieces that simply do not come together in anything approximating a satisfying way. 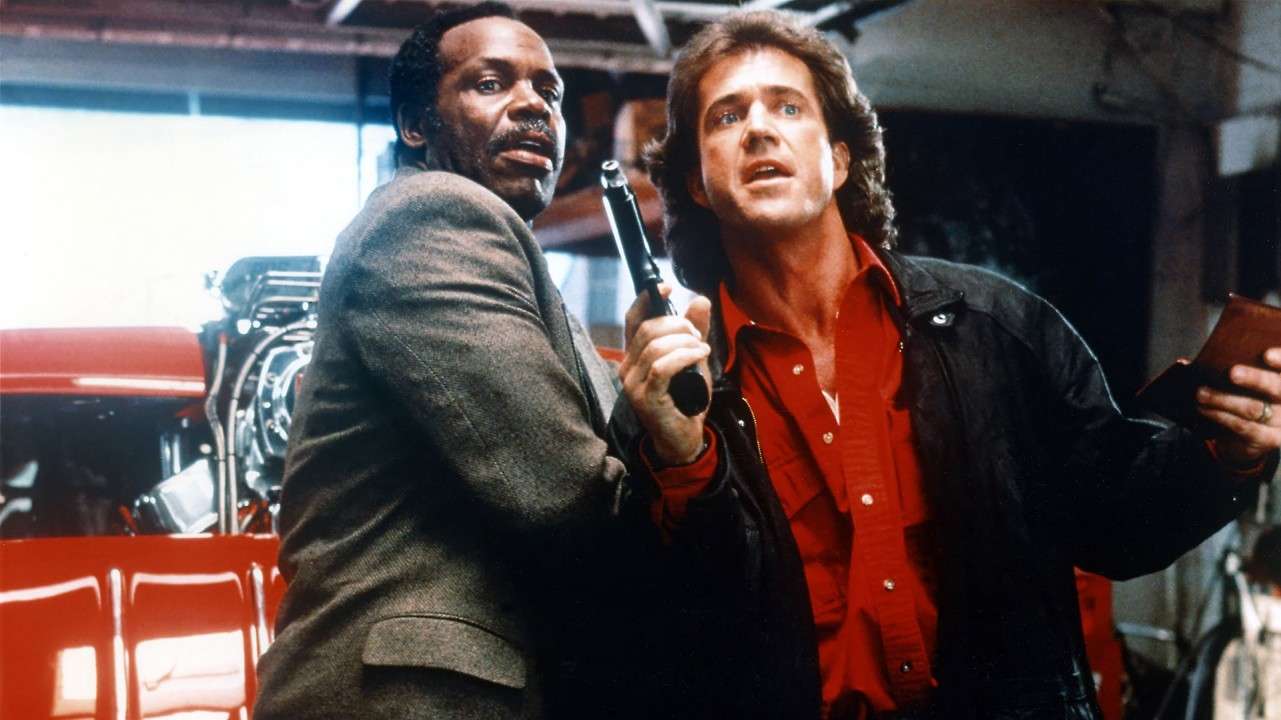 Neither of the first two films were great. Both were compromised in some way, taking supposedly great scripts and diluting them to one degree or another. The uncredited script doctor of the second film, Jeffrey Boam, got the job to write the third, and I have a distinct suspicion that it wasn’t because he was a great screenwriter. I believe it’s because he was able to follow the orders from Richard Donner, the director, and Joel Silver, the producer, with minimal fuss. Because of that experience, he was given the similar assignment on Lethal Weapon 3, and it’s pretty obvious he was just collating different ideas together into one script without really trying to smooth everything out into anything that even resembled a cohesive whole. 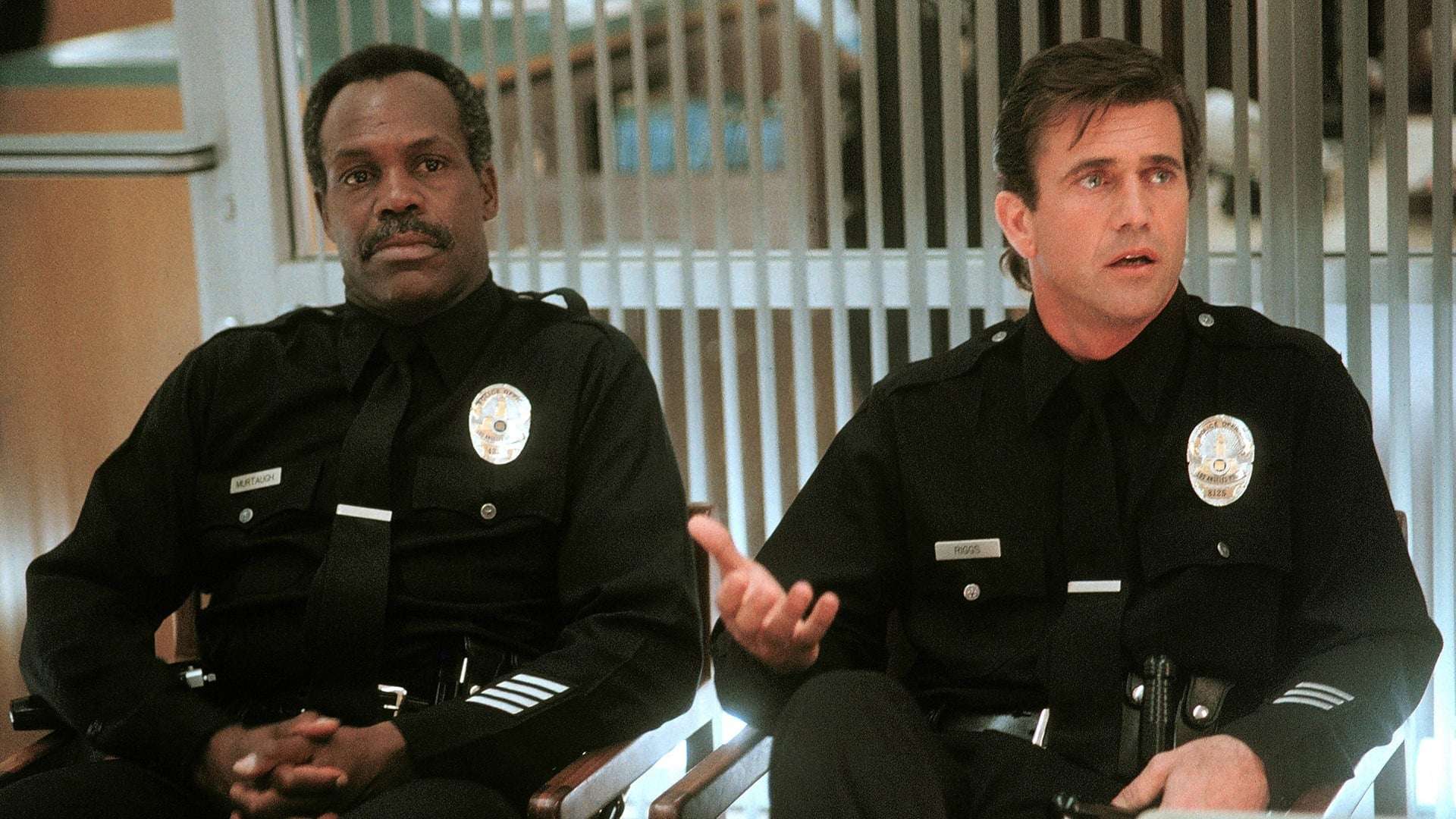 I get the sense that someone really wanted these movies to be American James Bond films. The previous film and this one start with an action scene, and this one even has a somewhat elaborate credit sequence with fire making the three in the title. The opening sequence feels like an excuse to blow up a building because it never ties to anything else in the movie. Riggs (Mel Gibson) and Murtaugh (Danny Glover) are just trying to survive Murtaugh’s final week before retirement (I’m honestly surprised it took three movies to get to the retirement trope). And, of course, it’s going to be action packed. After the meaningless bomb in the building, they are demoted to patrolmen again, complete with blue dress, and they end up in a chase with an armored car that leads to the arrest of one of the perps while the other gets away. Both were working for Jack Travis (Stuart Wilson), an ex-cop who’s stealing guns from police warehouses and…building a housing development in the middle of nowhere? How do these things connect? They don’t. Why have the housing development at all? Because they found the real location (damage from a financial bubble burst a couple of years before), and they had a great idea for an ending action sequence. See what I mean when there’s simply no effort in actually getting these different elements to gel? 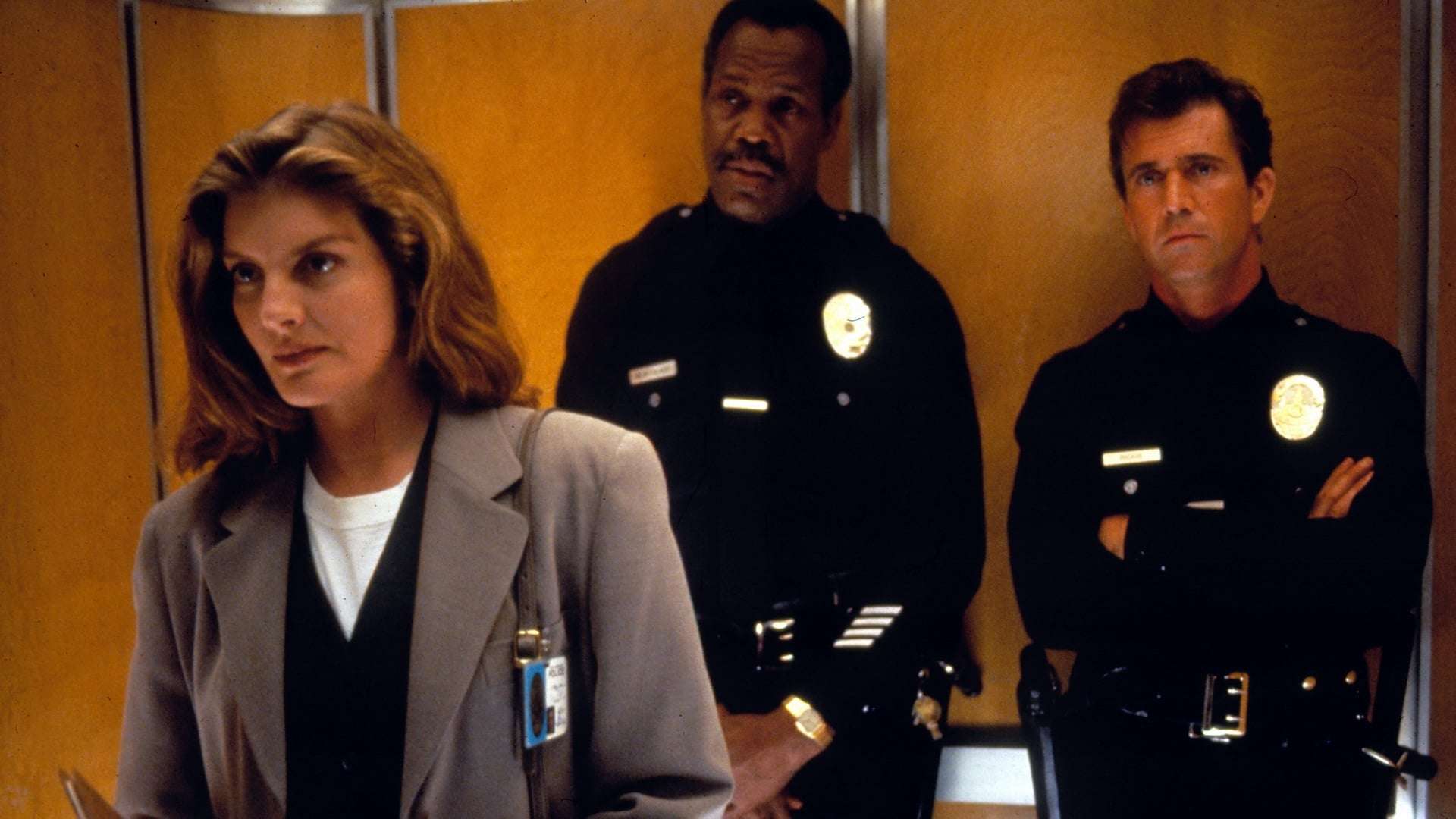 Another element is that Murtaugh’s eldest son, Nick (Damon Hines) is friends with a low level gang member working for a guy working for Travis. This is where the idea of black genocide at the hands of white perpetrators ends up popping up, and…it goes absolutely nowhere other than the only bit of real police work in this whole series where Murtaugh angrily threatens to blow off several people’s heads until they find Travis. Which they don’t do. The actual police work in these movies have always been a joke, but the decision to include Leo Getz (Joe Pesci) highlights the overall issues even more. Getz was not a great part of the second film, but the studio was entering quality proof financial returns. They just threw everything up at the screen from last time in a hope that something in there was what people liked, and so Getz comes back to give two random clues (that could have come from anywhere, including actual police databases, making Getz’s inclusion feel shockingly unnecessary). And Pesci is just kind of annoying here.

The best part of the film is Rene Russo’s Lorna Cole. I wouldn’t go so far as to say that she’s great or anything, but she’s a fun foil to Gibson’s Riggs, giving him someone to bounce off of that’s not Murtaugh and recapturing some of the character based charm of the first film. Their best scene, that was apparently cut from the theatrical release, is their comparison of scars that’s actually quite charming. No other scene between them is as good, but it’s certainly more than what we got with the romance in Lethal Weapon 2.

The other good thing is simply the action. Richard Donner didn’t seem to understand storytelling all that well, or at least he couldn’t get his storytelling concerns addressed under Joel Silver in the late 80s and early 90s (I lean towards the former, to be honest). He did however understand the mechanics of staging an action scene. The bomb sequence that starts the film is clearly filmed and thinly entertaining, even if it never connects to anything else. The chase with the armored car is replete with James Gunn-esque undermining of tension with jokes (the black lady driver is smitten with Murtaugh, and she appears later in one scene and it goes nowhere like pretty much everything else in this movie), making it the least of the actions sequences. The finale, despite the fact that it pretty much makes no sense from a storytelling perspective, is kind of great. There’s the unfinished houses, the truck leaking gas, lots of fire, and some explosions in the middle of the gunplay. It’s neatly filmed with clear lines of action, and it works from a purely technical point of view.

Everything else is terrible, though. Riggs and Murtaugh are separated for long stretches of the film, so the appeal of the buddy cop dynamic disappears for about half the movie. The idea of black on black violence being a genocide brought upon by nefarious white figures is half-formed, at best, and disappears completely. The villain’s plot never really makes a whole lot of sense. Subplots appear and disappear at random. Murtaugh’s retirement gets forgotten for reels at a time, and there’s only one scene, that comes out of nowhere, where Riggs deals with it in a way that even resembles how the first film would have dealt with it, and in a much jokier film that ends up feeling weird at best.

This film is a disaster. A mess of committee filmmaking backed by guaranteed financial returns, killing any need for the story to actually come together as long as certain checkboxes were marked. The actors returned? Check. There’s action? Check. There’s banter? Check. Donner gets in all of his social justice digs? Check. Silver gets his big action set pieces? Check. There’s comedy? Check. There’s a romance to help attract more women? Check. Does it make sense? It doesn’t need to because it’s guaranteed to open (which it did). 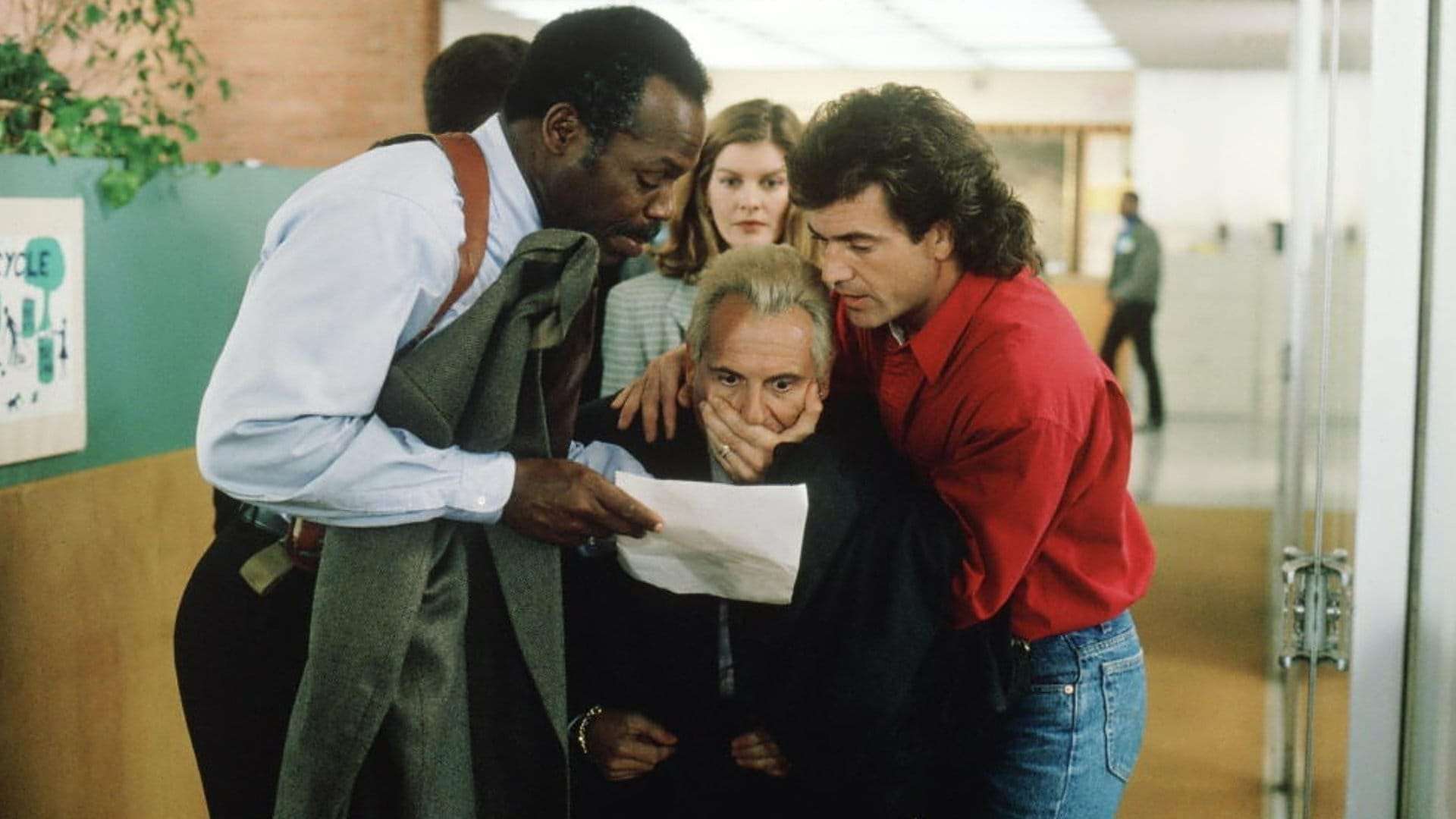 I can’t lay all of the blame for terrible corporate franchise filmmaking at the feet of Lethal Weapon 3, but I can lay some of it on Richard Donner’s mess of a film, a film so ridiculous it feels more like a prequel to Last Action Hero than a sequel to Lethal Weapon.