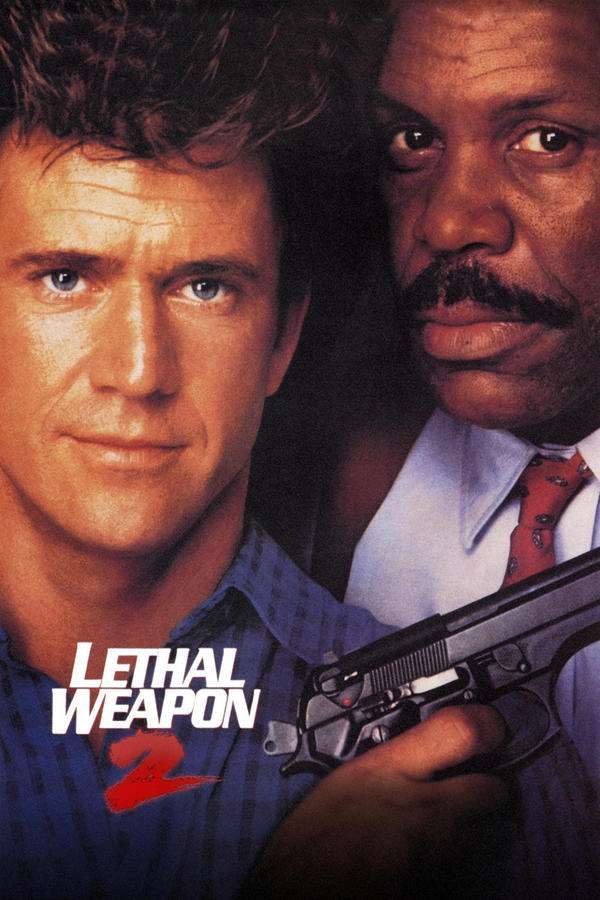 #3 in my ranking of the Lethal Weapon franchise.

I had some small issues with the first Lethal Weapon film, and I have more with the second. The first was a combination of very strong character work that helped to elevate a less than stellar second half punctuated by quality action. The second movie in the franchise still has some strong character work, but the overall structure feels off while the mystery, which is never much of a mystery, ends up feeling a bit haphazard with the sorts of personal connections that just makes one roll one’s eyes upon the reveal. 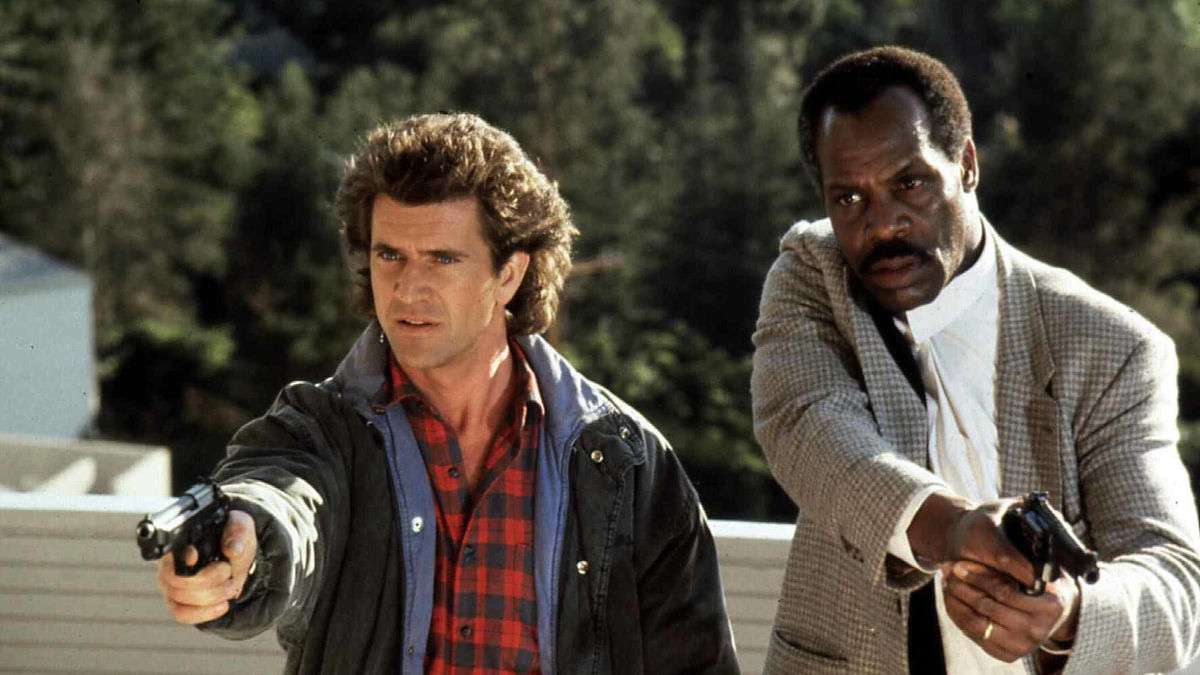 The movie begins with a chase as Martin Riggs (Mel Gibson) and Roger Murtaugh (Danny Glover) are chasing after a pair of cars. They eventually run down one of them, overturning the car they’re pursuing, and losing the driver while the trunk reveals a stash of golden coins. Something big is going on here. However, they’re not really taken off the case or anything, they’re just given the new babysitting assignment of looking after Leo Getz (Joe Pesci), a protected informant who has information on some drug dealers. At no point is it made obvious that Riggs or Murtaugh feel that Getz has anything to do with the South Africans they had chased at the beginning of the film. That wouldn’t be a problem except that Riggs and Murtaugh decide to go out and investigate the drug dealers who had recruited Getz into their scheme (he’s on the banking side of it) for no real reason other than maybe they’re bored? It’s weird. Of course, Getz was working for the same South Africans, led by Arjen Rudd (Joss Ackland), a South African diplomat with immunity.

Now, I cannot imagine a diplomat of a nation imposing Apartheid and being increasingly unpopular in its host nation getting into massive trouble with a police force in a major city of the host nation being able to simply skate with a call to the US state department. It’d make even less sense with potential drug connections coming up, and, if I were an Los Angeles police officer of some rank, I would welcome the involvement of the state department in expelling these people from the nation altogether. I wouldn’t shy away from the state department’s involvement unless I considered them to be part of the problem, something that never comes up. What I’m saying is that this film’s use of diplomatic immunity seems kind of silly. I’m largely okay with waving this sort of thing away, but it just kind of bugged me as the thing went on.

Anyway, the South African diplomats have been selling heroin in the US and are planning on taking back giant stacks of cash back to Capetown by boat. How does this all get figured out? Just like in the first movie, the actual investigation by our main character police officers is kind of a joke. Riggs sneaks into the South African consulate, gets into Rudd’s office, finds a document talking about a meeting with “Alba Varden”, and then, out of nowhere, Murtaugh has an epiphany where he gets his home videos from his time with his boat and freeze frames it to find that “Alba Varden” is a shipping vessel. I mean…this is just lazy stuff. I know it’s not the point of the film, but it’s just so very lazy. 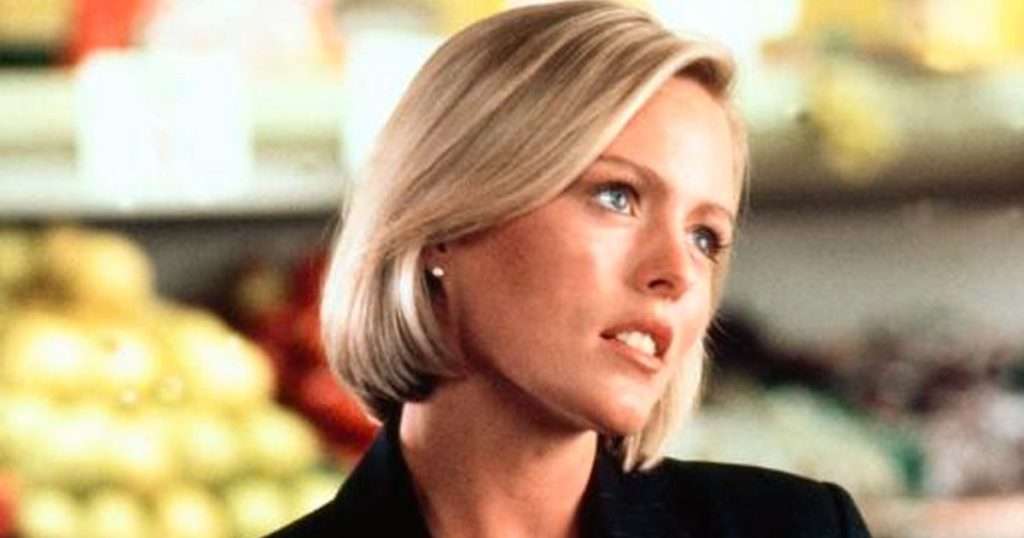 The character side of things is really around two subplots. The first is just the continuation of the Riggs and Murtaugh friendship, mostly done at the beginning when they gather with Murtaugh’s family to watch his daughter’s television debut and it turns out to be for a condom commercial (actually pretty funny stuff). There’s also the wonderful bit where Murtaugh’s toilet has been rigged with an explosive and Riggs has to help him get off without exploding. Riggs also meets and falls in love with the pretty blonde South African secretary Rika (Patsy Kensit), continuing his journey back towards humanity after dealing with the death of his wife. This stuff is pretty boilerplate Hollywood romance with two people instantly falling in love. I mean, Mel Gibson is charming as hell and Patsy Kensit is really pretty, but the romance just feels thin. And when Rika dies at the hands of the South Africans, and then we get the reveal that it was the South Africans who killed Riggs’ wife, I just end up rolling my eyes. It’s just too much. 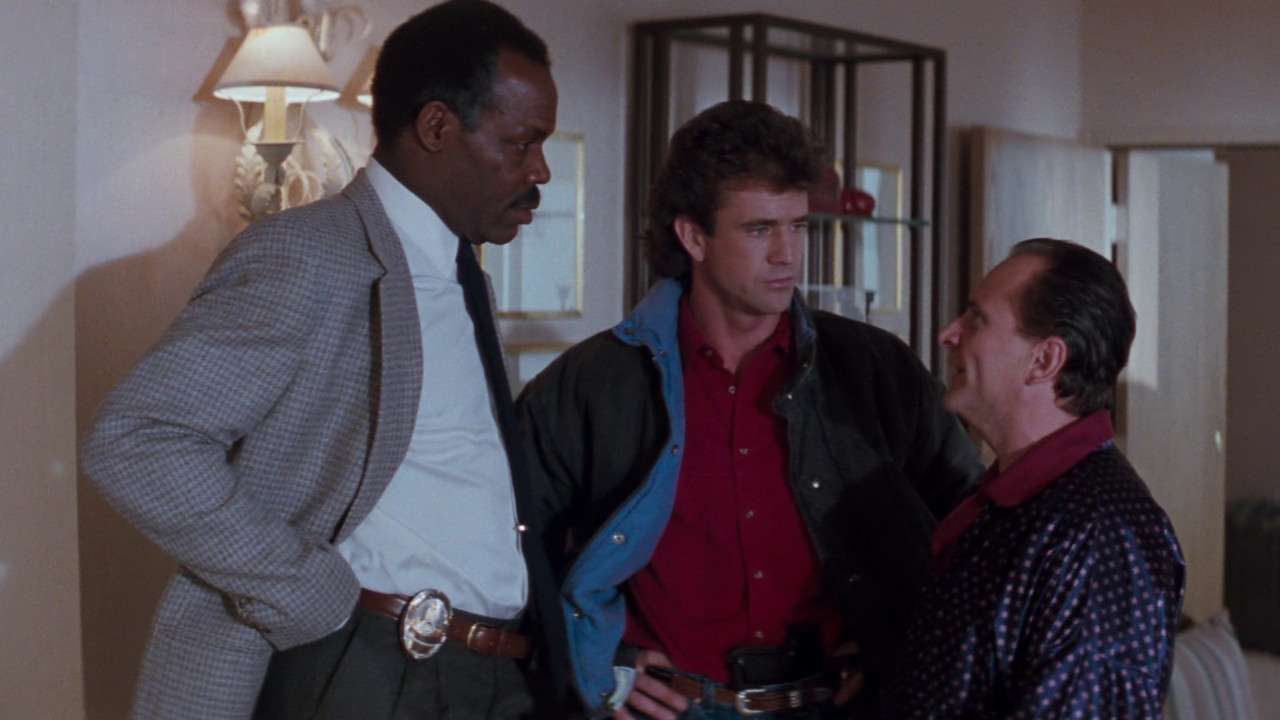 The overall point of these movies though is largely the action, and that’s fine stuff here. The car chase in the beginning, the pulling down of a house on stilts with a truck, and the final fist fight between Riggs and the bad guy (it actually makes thematic sense this time, yay!) are well filmed and exciting. Gibson gives another quality performance while Glover is his same exasperated self. Kensit is pretty, and Ackland is actually wonderfully threatening.

It’s a bit of a mixed bag of a film. I see some thin entertainment mixed with some decent character work while all thrown together in often very odd ways, betraying the tortured screenwriting process that went from the rumored masterpiece of a first draft by Shane Black through several drafts by other writers, ending with a draft fully credited to Jeffrey Boam. It’s a small mess that manages to entertain to some degree while having obvious room for improvement.