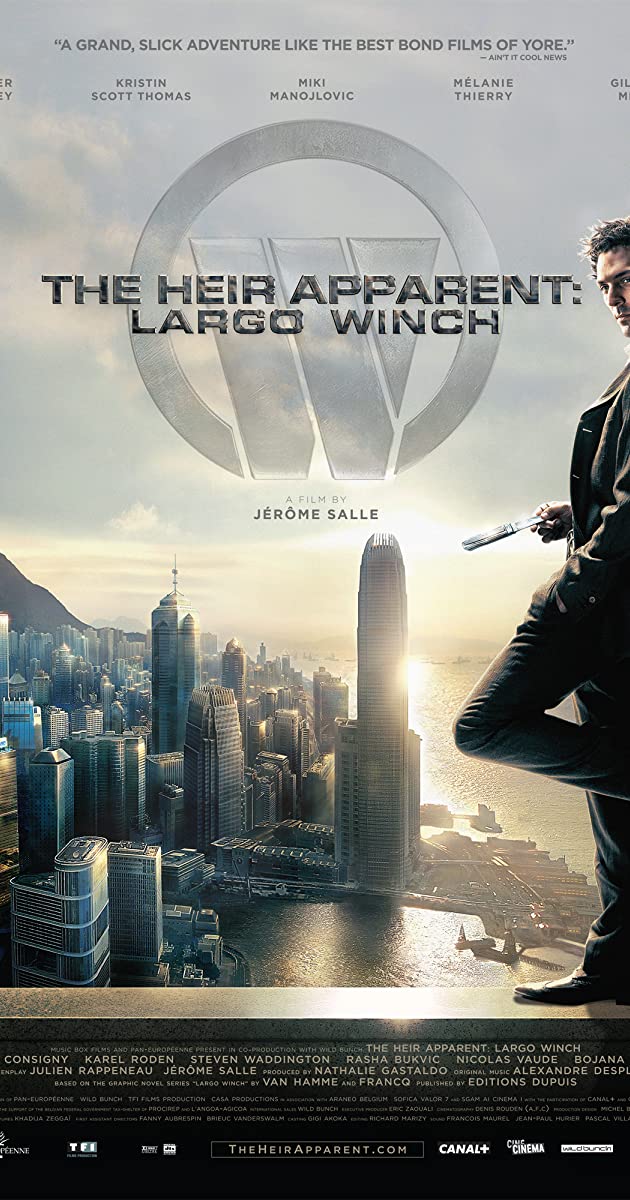 Based on the comic book character Largo Winch by Jean Hamme and Philippe Francq, he is the French-Croatian heir to his adopted father’s multi-national W Group, an adventurer and a reluctant captain of industry. 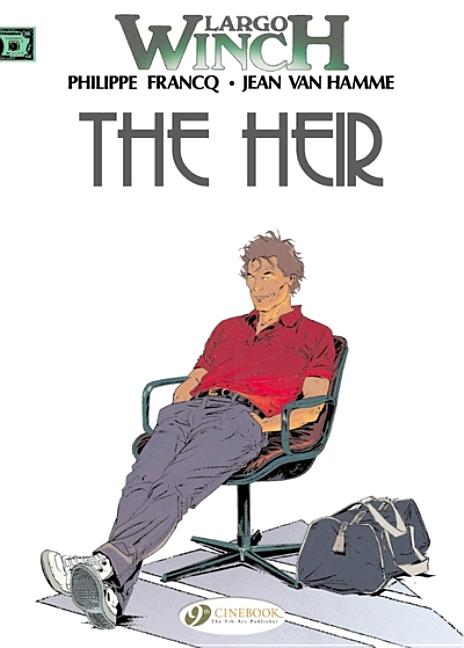 Think of him as a melange of Bond, Tony Stark and The Saint. With a dash of Arsène Lupin

The two pictures (The Heir Apparent in 2008 & The Shadow Conspiracy 3 years later) included English-speaking characters to broaden the international appeal of the potential franchise.

Accordingly Kristin Scott Thomas was cast in the first movie and Sharon Stone in the second.

The first made a small profit, but The Burma Conspiracy bombed, bringing the film series to an early end.

As you can see from the graphic novel image, Sisley was well cast and could certainly handle the physical aspects of the role, but the scripting was flat and Winch seemed far too reactive, always on the backfoot against his corporate enemies.

Worth catching though, as they’re glossy, fast-moving and pass the time amiably enough.

Will there be a third attempt?  Instead, maybe our French chums can bring back a more serious version of the secret agent OSS 117, rather the Jean Dujardin (The Artist) parodies of 2006/9?

Probably not, as Jean Dujardin will be returning next year in OSS 117: Red Alert in Black Africa, for those who can’t get enough of the actor’s tiresome Gallic gurning.

As for Largo Winch films, they each offer up an intelligent thrill ride and the character himself has the moral complexity of Bruce Wayne. I loved both films and feel that they offer some spiritual thought points on top of the thrilling chases and fight sequences. There’s just so much plot and so many locations in this international finance-steeped thriller that it’s one very exhausting but ultimately satisfying rollercoaster. Check it out while on lockdown.

Sharon Stone in Talks for Villain Role in DC’s Blue Beetle
Retro Review: Basic Instinct 2 (2006): What Were They Thinking?
Year of the Gun (1991): Worth a Watch, But Not Exactly La Dolce Vita
Postcards From The Edge: Brits Abroad
LockDown Movies: Bitter Moon (1992) the Blackest of Black Comedies
"The Name is NOT Bond" James Bond's Best Movie Rivals
Live Action Film of Hugo Pratt's Corto Maltese Coming in 2020