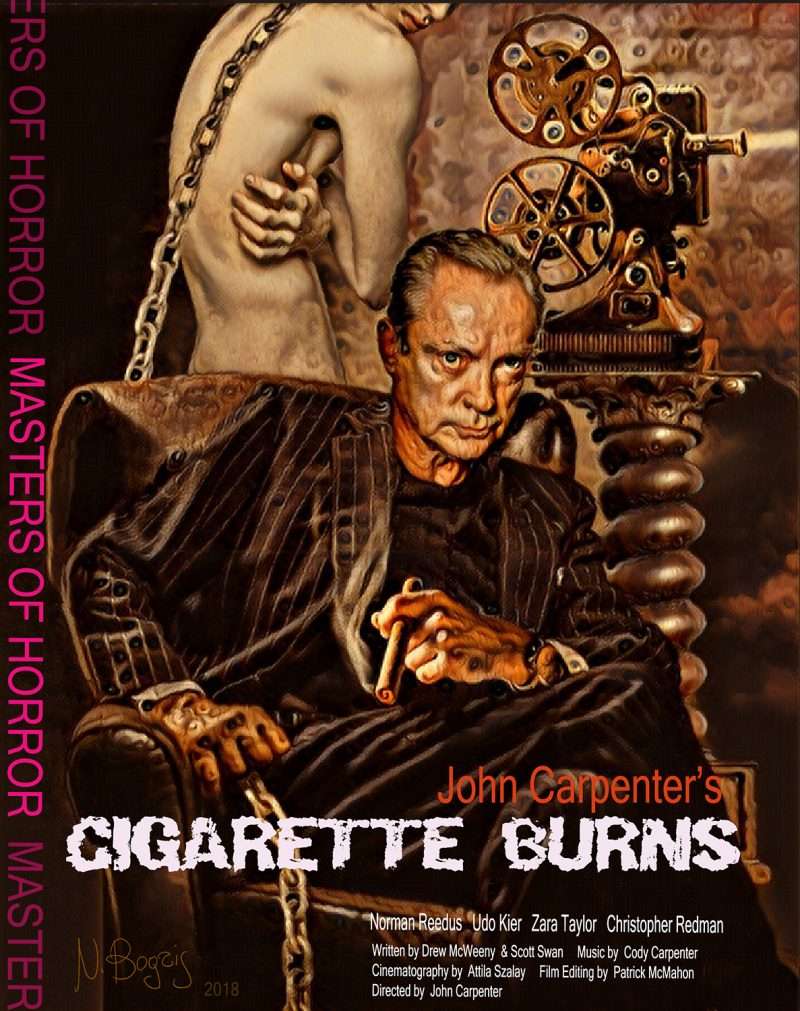 #7 in my ranking of John Carpenter’s films.

This is what John Carpenter needed after Escape from L.A. He didn’t need to keep trying to make big films after his largest production bombed critically and commercially. He didn’t need to try and keep making action films into his 60s. He needed to pull back and find the kind of filmmaking language that he started with, crafting a more focused and less ambitiously scoped story on a smaller scale, and the Masters of Horror television show on Showtime seems like it was a good place for him to land. The script by Drew McWeeny and Rebecca Swan, squeezing what could easily have been a short feature film into fifty minutes, provides that kind of canvas Carpenter needed to possibly reinvigorate himself creatively.

Kirby Sweetman (Norman Reedus) is the owner of a small independent theater who has a side gig of tracking down hard to find film prints for independent collectors. He arrives one night at the home of Mr. Bellinger (Udo Kier) who invites him to find La Fin Absolue du Monde, a film of almost mythic proportions that there are questions about whether it exists at all. It was shown publicly only once, and the screening ending in violence within the crowd. With a promise of $200,000, Sweetman accepts the job. The only real issue with this opening is that it is just a mountain of exposition all delivered really quickly and purely through dialogue.

Another small issue with the movie’s opening minutes is that the character introduction of Kirby actually comes after the plot introduction. All we learn about him in the opening scene is part of his profession (tracking down prints), but his past is completely unexplained. However, immediately after this scene with Mr. Bellinger we do get that introduction, and it’s kind of weirdly delivered. Kirby was married to the daughter of a rich man, and they were both druggies. In an effort to straighten both Kirby and his daughter out, the father gave Kirby $200,000 to buy the theater, but the daughter ended up committing suicide anyway. Told in fractured moments as brief flashbacks, the information does get laid out, but it’s just kind of weirdly delivered. 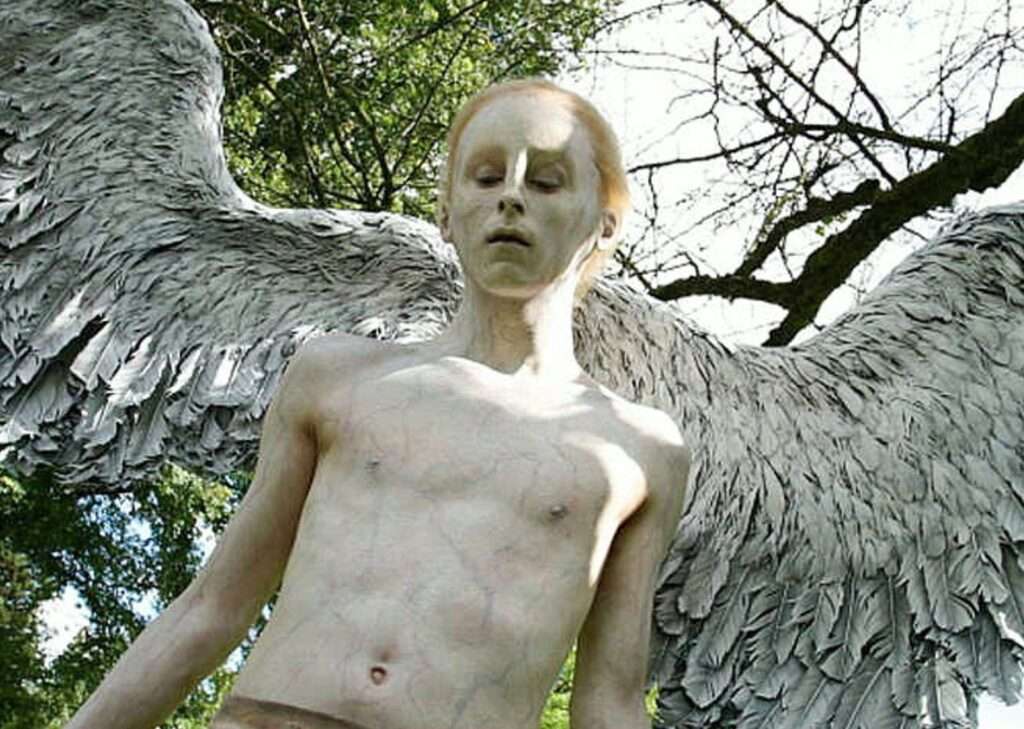 The movie picks up when Kirby flies to Paris to begin his search. The horror elements up to this moment had been an overall sense of mood that things weren’t really right, highlighted by the moment Mr. Bellinger shows his angelic prisoner with obvious stumps where the wings he has on display in his office were once attached. The sense of unease heightens with the first appearance of the titular cigarette burns. On film prints, there are small circles in the upper right corner at two points near the end of every reel to help the projectionist time the switch from one reel to the next (usually done with dual projectors side by side, turning one on and the other off at the same time). The movie’s rumored power begins manifesting in the form of cigarette burns that Kirby sees in his day to day life, combined with images of his past centered on his dead wife, and it’s where the movie’s horror elements really begin to ramp up. 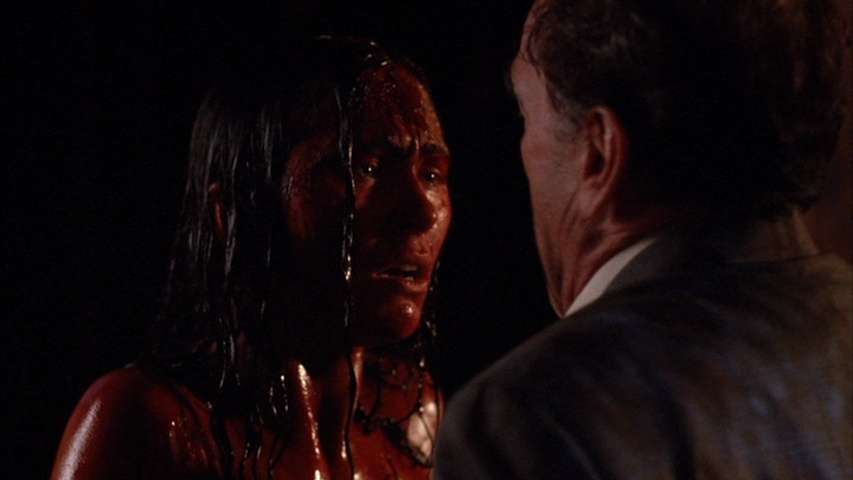 Kirby’s search takes him to an archivist in Paris who seems to have some knowledge of La Fin Absolue du Monde, but he’s unwilling to speak much beyond vagaries. When Kirby wrings the next steps out of him, Kirby heads to the French countryside to meet some shady guys with connections to the estate of the film’s director, Hans Backovic. Thing get weirder with a kidnapping and a mysterious escape that leads Kirby to British Columbia where Hans’ widow, Katja, lives. 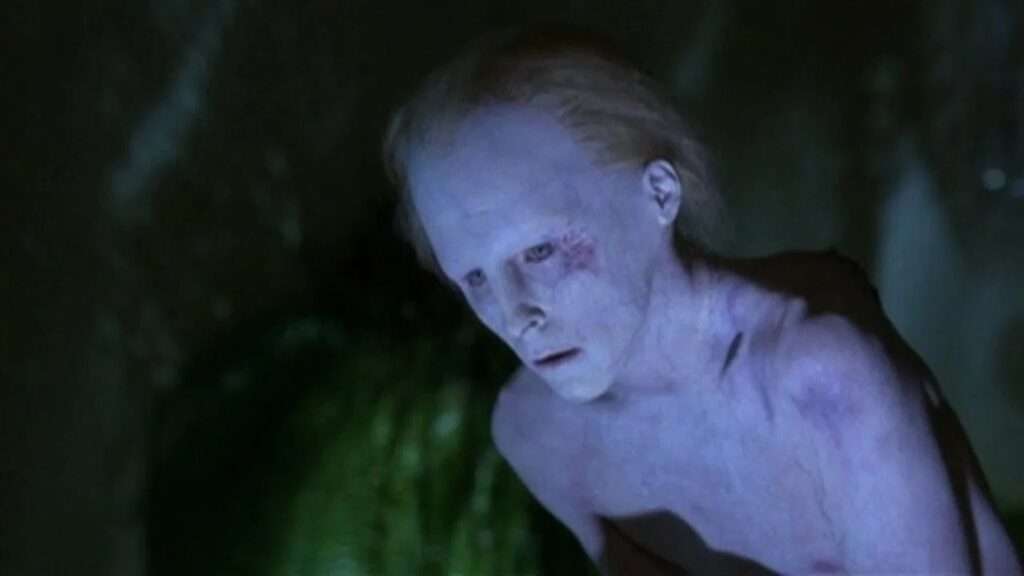 As the film moved from Canada back to Los Angeles, Kirby having accomplished his mission, I was really grooving with this film. The awkward opening was well behind me, and everything seemed to be coming together into a great, small, and cohesive horror experience. And then the ending, while gruesome and somewhat effective, ended up feeling a bit too pat, and I think that’s mostly because of the limited runtime. The part that felt the least natural dealt with Kirby’s father-in-law, showing up where he probably shouldn’t show up, and the horror of La Fin Absolue du Monde feeling rather generic in nature rather than penetrating to the core of Kirby’s character. It’s an effective enough ending from a thrills point of view, but the movie seemed to be using the journey as an excuse to dig into this character and his fears. The ending, while using the ephemera of his past, ends up feeling more generic than actually about it, like the movie within the movie is just using the iconography of Kirby’s past to attack him instead of finding the things that matter most to him and really tearing him apart from the inside, which seemed to be the implication of the idea of La Fin Absolue du Monde based on all that had been spoken about it.

The episode of television lacks Carpenter’s voice, but it is proof positive that he could take a solid script and turn it into a solid piece of cinema. He didn’t elevate it, but he did make the most of what was there.