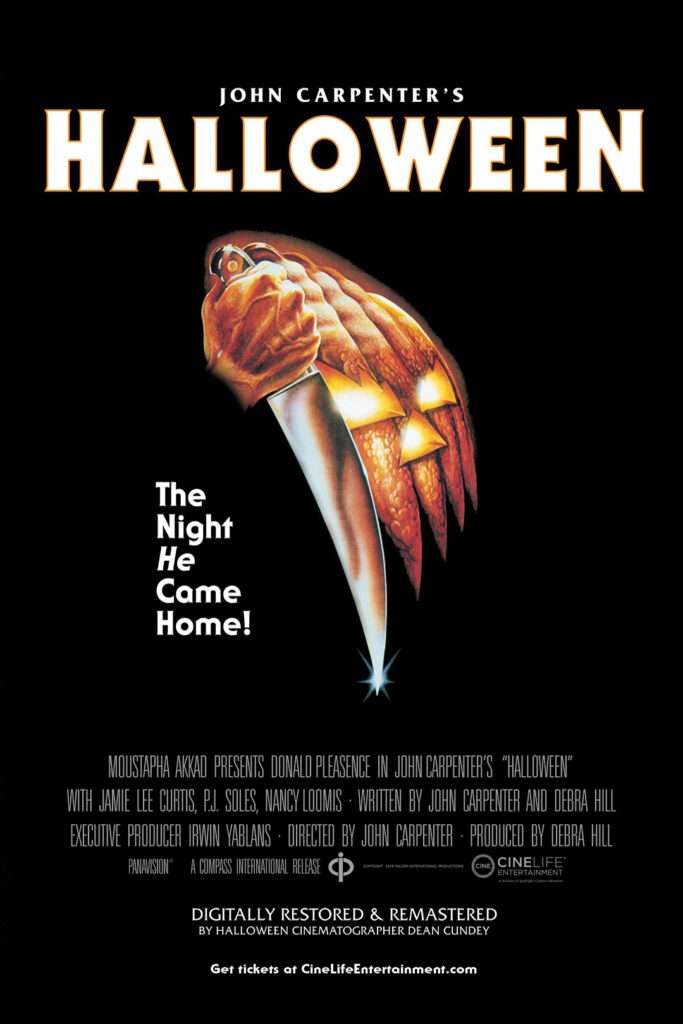 #3 in my ranking of John Carpenter’s films.

Made after Someone’s Watching Me but released just before, John Carpenter continued his low-budget streak of filmmaking with this deceptively simply horror film set on the titular holiday. That it went on to gross more than 100 times its budget is a testament to how it triggered the cultural moment at the time. That it’s actually a great little thriller is just icing on the cake. 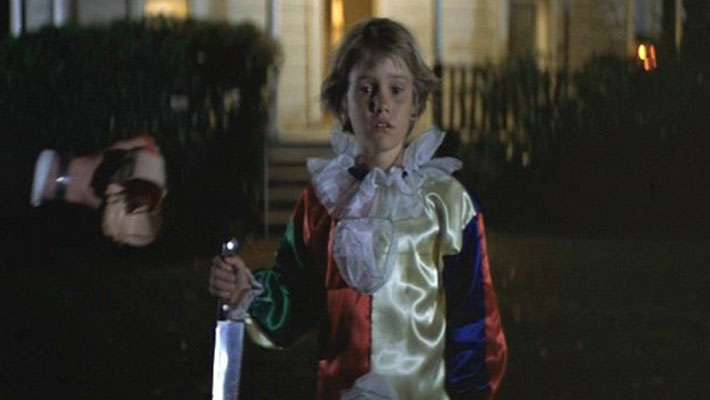 As I get deeper into John Carpenter’s filmography (skipping around a little bit for different reasons), I’ve noticed a particular motif running through things. It’s this idea of people becoming isolated from civilization or society or family and having to deal with threats. I’d never really considered that idea in his work until recently, and now since it is germinating in my brain I’m beginning to read all of his movies through that prism. The way that manifests in Halloween is in the relative absence of any parental figure. We see two fathers, Laurie Strode’s father and Annie’s father, the sheriff, and that’s it. Mr. Strode has a single scene at the very beginning, and Sheriff Brackett stays on the sidelines, never becoming involved directly in the action. The only adult who comes to any sort of rescue is Donald Pleasance’s Dr. Sam Loomis. 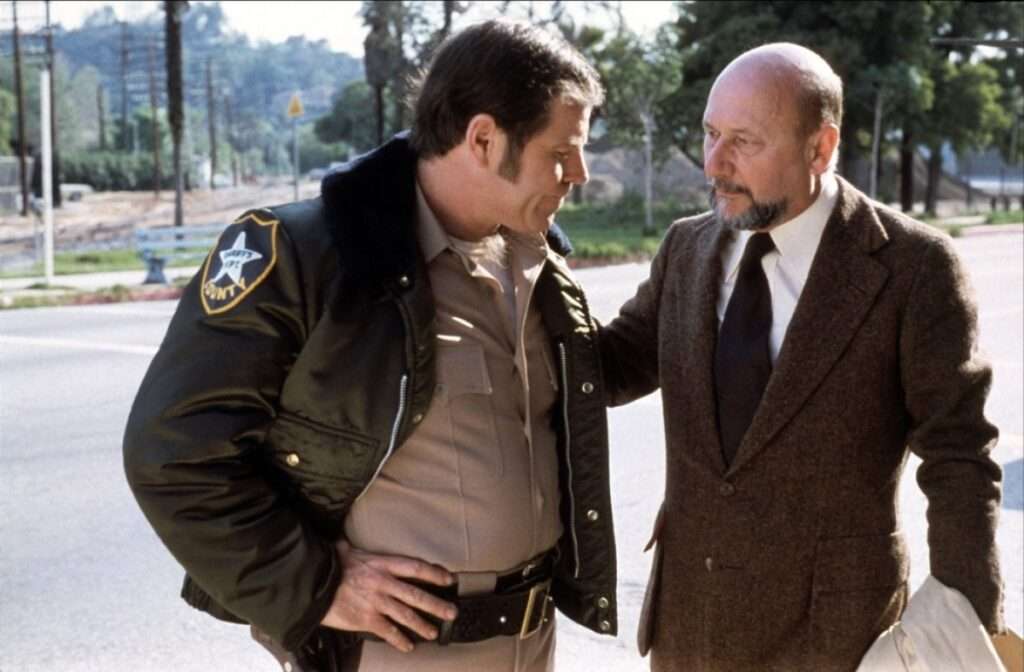 What does all of this mean to me? It means that Carpenter is painting a generation of people, in this case a small group of teenagers, who have no concept of evil and being confronted with it for the first time. As Dr. Loomis explains, Michael Meyers, the child who murdered his sister and spent the next fifteen years in a mental hospital, is nothing but an engine of violence with no conscience. What Laurie Strode (Jamie Lee Curtis), Annie (Nancy Kyes), and Lynda (P.J. Soles) are concerned with that Halloween day is not evil, but their babysitting jobs and boys. Their grasp of the real world seems extremely limited with Laurie responding to a question in English class about fate being a natural force like she’s reciting something she’s memorized and doesn’t really understand through anything she’s actually done. So, one night, they face evil, and they don’t have their parents to help them, they have to face it on their own without any concept of what they are up against. What nails this idea down is that the Meyers house still stands empty and abandoned in the middle of the town, and Laurie has no concept for why it stands empty. She views fear of it as childish, and yet she seems to have no idea what actually happened there. Her parents never told her.

How does all of this manifest? Well, through Carpenter’s Howard Hawks’ inspired sense of storytelling. Much like in Assault on Precinct 13, Halloween is a character driven story. The movie takes its time to establish its tone, setting, and characters long before anyone gets a knife through the heart. The town of Haddonfield, Illinois feels safe and even kind of boring. Children wander down streets without any concern for their safety, even when there’s a psychotic killer in a William Shatner mask driving right alongside them. Laurie’s concerns about this figure that the child she babysits calls the Boogeyman all fall on deaf ears because there couldn’t possibly be anything dangerous in Haddonfield. This threat that has been absent, has been forgotten even, lurks in waiting for its moment to strike, and it strikes when its victims are at their most vulnerable. 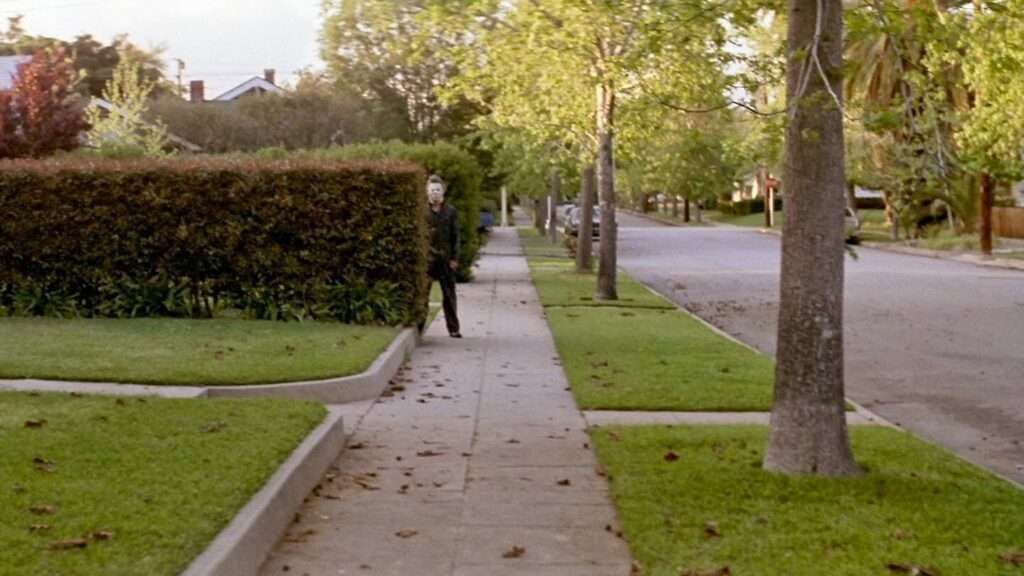 The convention of the sex crazed teens contrasted with the virgin heroine arose from a practical storytelling concern: How do you kill a handful of teenagers while having one of them be cognizant enough of her surroundings to notice the death going on around her? By giving the teens something teens are already kind of obsessed with (sex) and removing it from the one who needs to survive to the end. If she’s not concerned with sex all the time, then she can be clear-headed enough to fight back in ways that her friends can’t. That is, of course, Laurie. She’s unsuccessful with boys, too smart for them she thinks, and so, that Halloween night, she isn’t expecting some boy to come over while she’s babysitting. Instead, she’s the one who takes up the slack of her friends, in particular Annie who decides to go off to see her grounded boyfriend, leaving her charge with Laurie.

Meyers, as the evil that Laurie is up against, is a completely dehumanized threat. One of the reasons he seems to register so well is the William Shatner mask itself. A rubber mask, painted white, and cleared of all eyebrows seems to exist squarely in the Uncanny Valley, that space where something looks almost human but not quite, creating a sense of unease in most people. He also has no motivation or even dialogue. He’s a walking killing machine, out to murder for completely unknown reasons. Even his doctor, Dr. Loomis, has no idea and simply wants to lock him up away from the world. He is just the manifestation of evil. 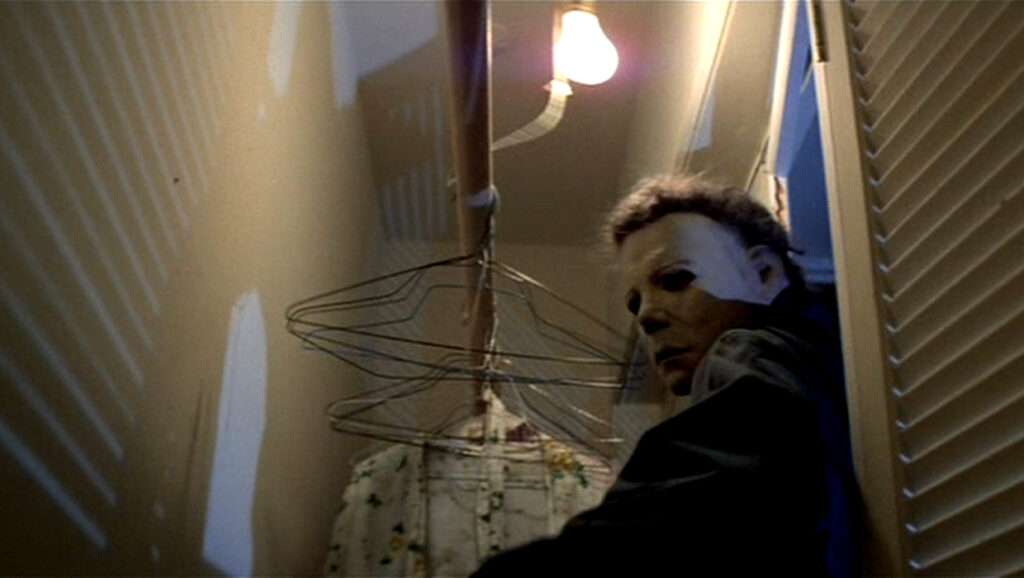 The steadily building conflict between pure evil and the unexpecting good represented by Laurie comes to its explosive finale in an expertly delivered bit of both tension and thrilling chase as Laurie fights to survive against the threat that she’s completely unprepared to fight.

There’s something subtly intelligent about Carpenter’s work, especially when he’s at his best. He’s working firmly within genre filmmaking, but there’s obviously some very smart stuff going on underneath the surface. This is a young man looking at a world and feeling cut off from the previous generations, feeling like he’s been abandoned by those who came before, and making films that spoke to those concerns. He’s building these ideas into his films at the most basic levels, suffusing the stories with the ideas and never needing to address them directly. There’s something special about this Carpenter kid. 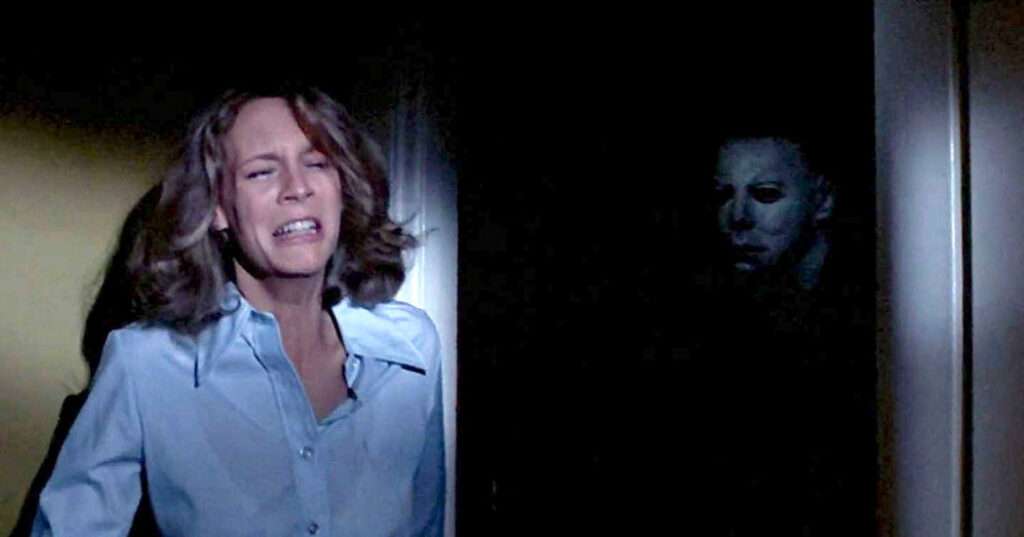