Jeri Llorca’s ‘Serendipity’ is a Great Introduction to Penlab & Komiks 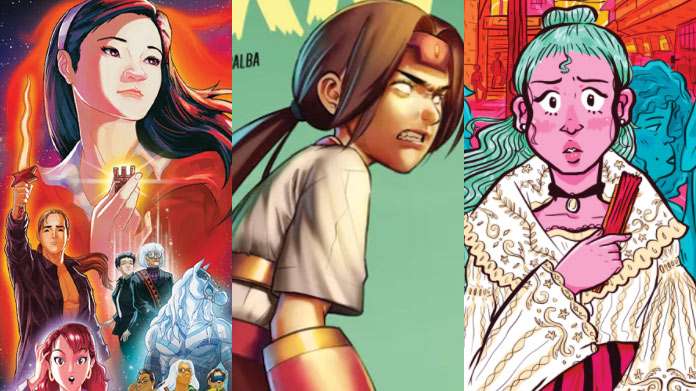 Of things I happened upon towards the close of last year, Penlab has been one of the most refreshing, and enjoyable. A platform for Filipino comics and webcomics, or ‘Komiks’, presented in Tagalog, and English, watching the growth of Penlab over the course of the present year has been rewarding, but being able to connect with the creators filling its burgeoning library of titles through social media specifically, has been the most rewarding.

To make an analogy, Penlab is for webcomics like what AEW has become for the pro wrestling fanbase; the talents are enthusiastic, and close to the fans that support them.

Penlab creators, thus, are accessible, active, and reactive to those that engage them, which is a positive in the platform’s favor. Other positives include the aforementioned growing library, and the plethora of genres it includes, catering to a wide array of audiences, niche or otherwise.

In this first ‘Penlab Spotlight’ I would like to draw attention to ‘Serendipity’ by Jeri, creator, writer, and artist. I pick this title for several reasons. It is a straight shot slice of life romantic comedy; being in English, the accessibility is great for the average State side mono-linguist; it is a charming starting point to the site, and how the Komik format is presented on it.

Serendipity, in fact, is quite endearing. The premise a familiar one, but told uniquely through the sensitivity of Jeri’s writing and art style.

26 year old Mari is out shopping at a book store when she encounters 27 year old Kei, who, she chats up when she takes a picture of one of the store’s displays, after he gives her some mildly teasing back and forth, they part ways, perhaps half aware that there was something positive sparking between them in their brief encounter.

One brief encounter turns into a second several days later when they happen upon one another again at a record store while hunting for vinyl, deciding to shop together while conversing casually. When they part ways this time, they both mutually feel deflated that they didn’t either ask for a number or to at least share a cup of coffee together at a local café.

From that encounter forward, Fate and Destiny seem to be in cahoots, constantly sending Mari and Kei into serendipitous collision courses. They begin to bump into each other anywhere and everywhere. Eventually, Kei has the spontaneity, and courage, to ask Mari out, as well as for her number. Elated, Mari is more than willing to accept the date (and Kei’s contact info in turn!) ending chapter one, ‘Stroke of Luck’.

The present three chapters that follow build on this premise exceptionally.

While fated love isn’t exactly uncharted territory in romance, or storytelling in general, how one approaches the subject makes all the difference. Jeri’s artistic aesthetic here, her writing approach, is what makes Serendipity stand out so warmly.

While there is an evident anime/manga influence, Jeri has subdued it; yes, the men are handsome, but they are not Bishounen. The women are pretty, but this is not High School Debut, or the Apothecary Diaries.

There’s a cozy calmness to her artwork akin to Yuki Urushibara’s, the environments, and the characters within them are modest, mortal, and grounded. The writing juxtaposes the art. Jeri keeps the rhythms of conversation in her script from going too far into the melodramatic, the overly witty, or bawdy territory. The awkward exchanges, teasing remarks, and straight talk are gracefully rendered with such heart that it feels compellingly human.

And that is the attraction of Serendipity. The heart and humanity. Love stories don’t need to have the flashiness of a peacock. They can have the humble beauty of a sparrow.

Let Jeri’s Serendipity usher you gently into the wide world of stories Penlab has to offer.

See you all back here soon!

Jeri has a Patreon, found here, if you want to support her work!