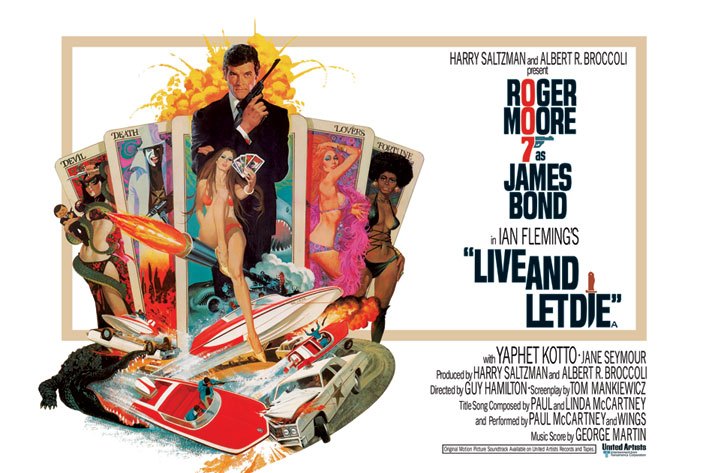 #17 in my Ranking of the James Bond Franchise.

Here Bond sheds the last of his remnants of a character and becomes fully and purely an archetype. He no longer feels like a real character but simply a collection of thin traits wrapped in a posh British shell who goes on adventures. I’m not entirely opposed to this approach, but the movie needs to embrace its lack of depth more fully through better spectacle. What’s here isn’t necessarily bad, but it’s almost all rather bland which, when paired with the thinner storytelling, makes this less of an entertaining affair than it could have been. 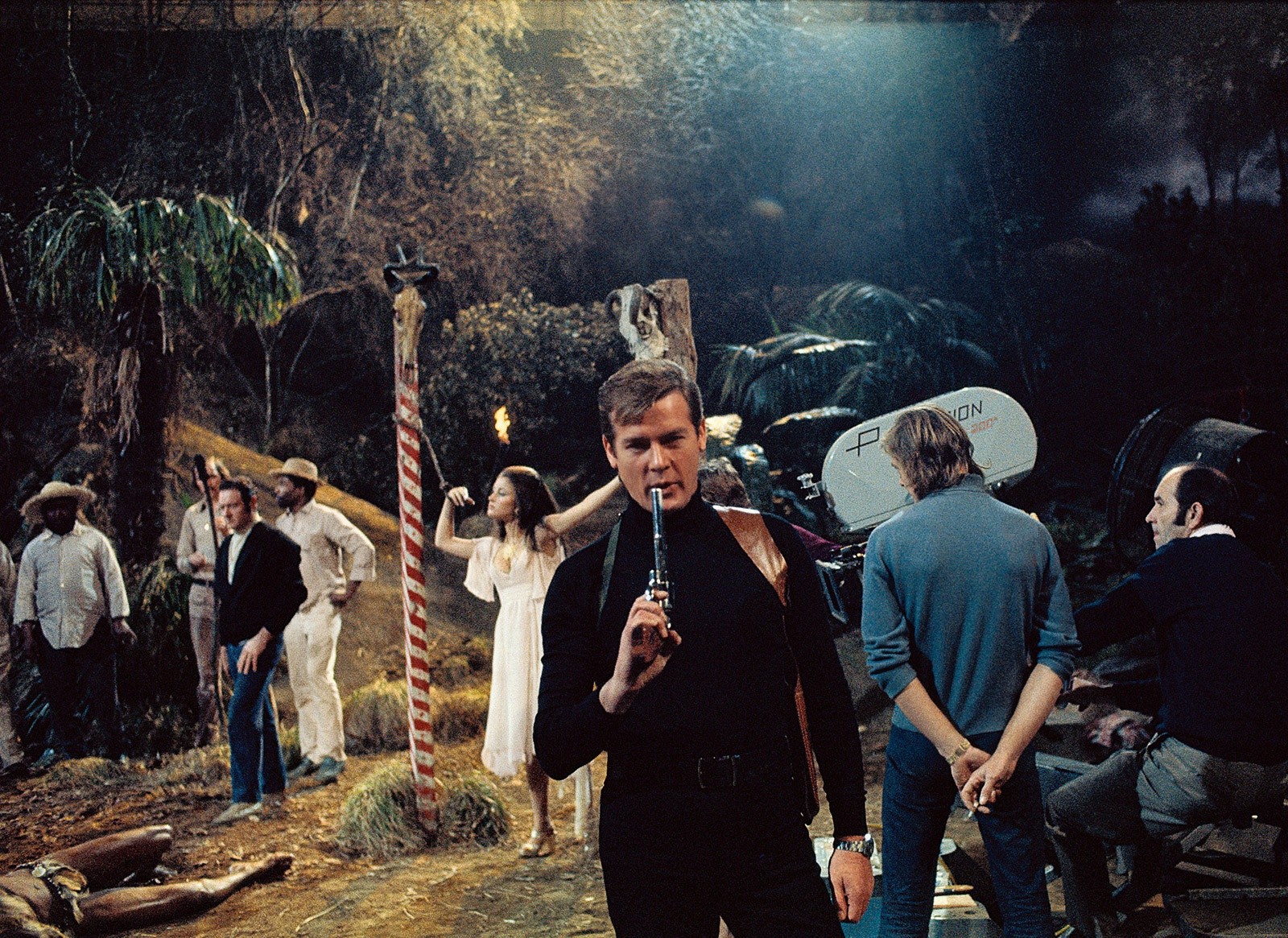 That said, I do like Roger Moore in the role. He’s rather perfectly cast for the suave lothario Guy Hamilton and the Broccoli’s have made Bond. Connery was a predator. Lazenby was almost an innocent. Moore is just simply out to sleep with women and his job as super spy is the excuse he uses to find new women. The problem is that he gets largely lost in large sections of the film while the story feels cobbled together. 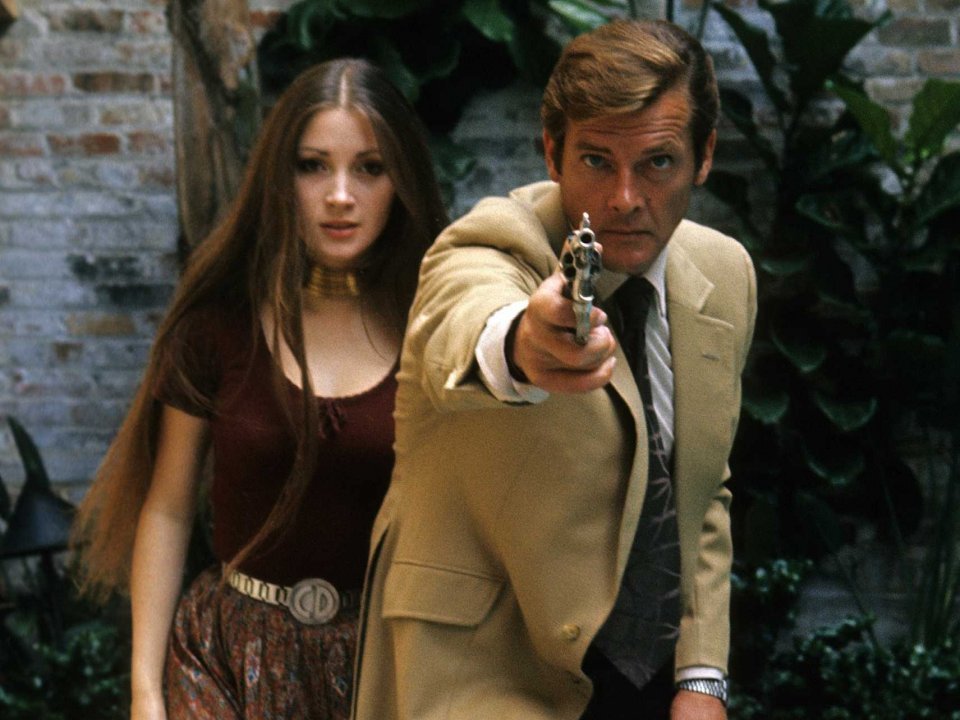 The plot of the film involves Bond following the diplomat from a fictional Caribbean island because three agents around him and the island all died on the same day. That hook is enough to bring Bond along on the adventure, but the progression of the investigation is needlessly complicated. Dr. Kananga disappears out the back of his New York residence and goes into an underground office beneath a restaurant where he dresses up as Mr. Big, a gangster. It’s there that Bond meets Solitaire, Dr. Kananga’s tarot card reader and mystic. 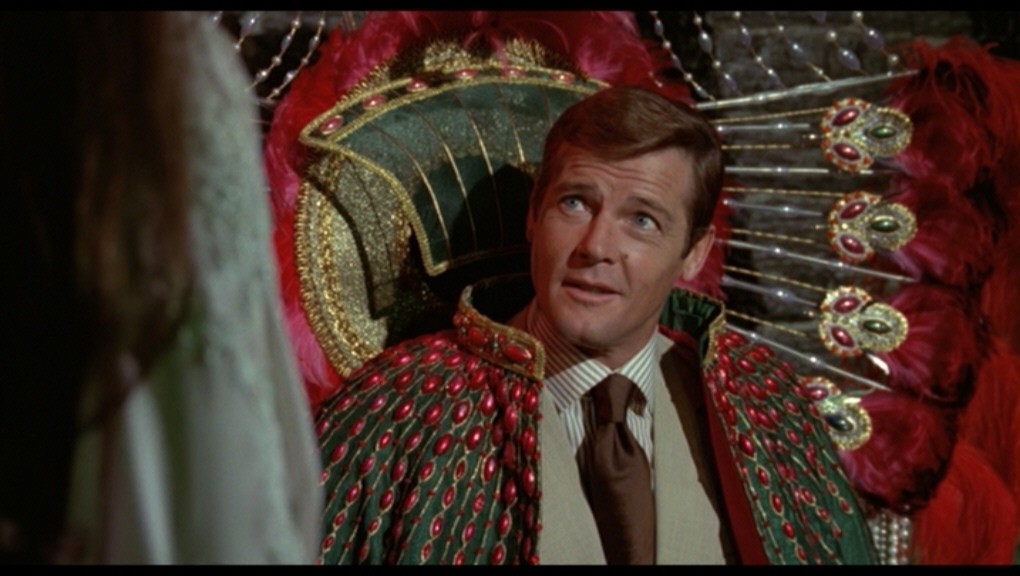 Action shifts to San Monique where Bond ends up tracking down Dr. Kananga’s operations, seduces Solitaire because he can, and discovers the secret behind the whole plot, which Dr. Kananga delivers rather quickly in one speech. He’s going to ship a billion dollars’ worth of heroin into the US to…corner the drug market, I think. Create a bunch of new users and he can use his next crop to make a bunch of money, I believe. It doesn’t really matter, of course, but what follows is both entertaining and really frustrating. 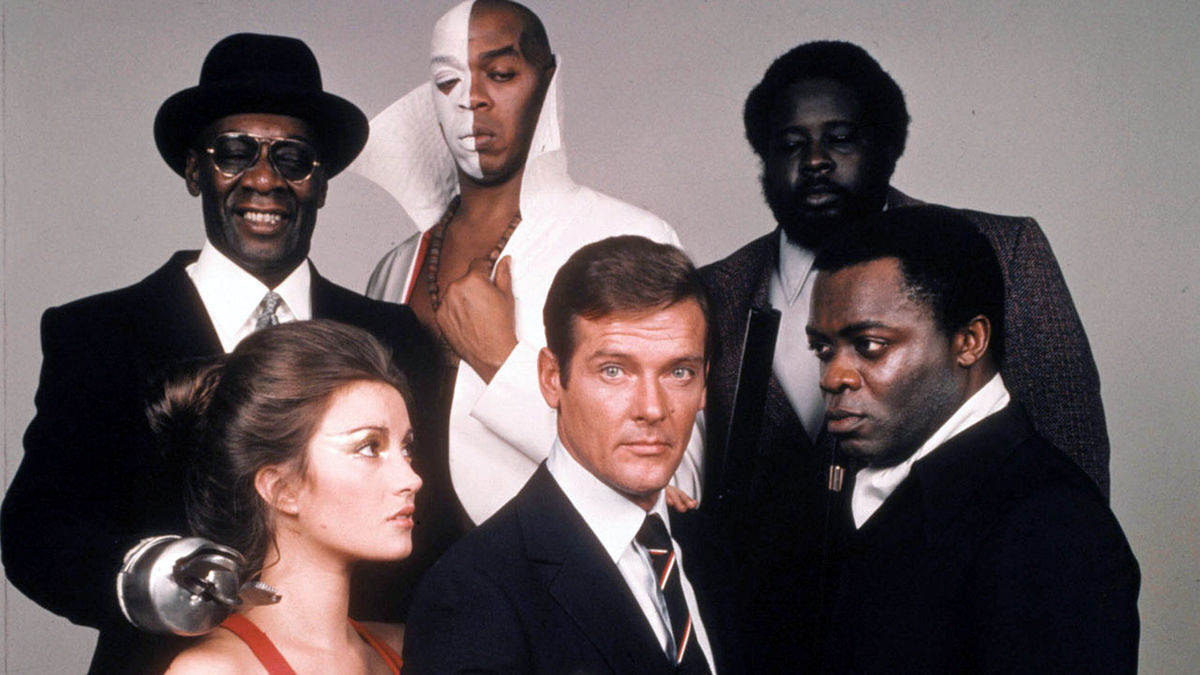 Bond escapes to Louisiana and gets into a speedboat chase through the bayous. That is fun, well filmed, with appropriate amounts of destruction and twists. The problem is that it’s not told from Bond’s perspective. We get a brand new character 90 minutes into the film, Sheriff JW Pepper, a cartoon of a Louisiana good ole boy with a badge, who yelps and hollers through the whole affair, chasing Bond down. Pepper isn’t nearly as entertaining as the film thinks he is, and the fact that he’s introduced so late and is how we view the big action scene is frustrating at best. We should be with Bond. Granted, he’s just a type and not a character so there’s limited emotional connection, but he’s our protagonist doing the things in the scene. We should be tied to the hip to him, not some random sheriff. 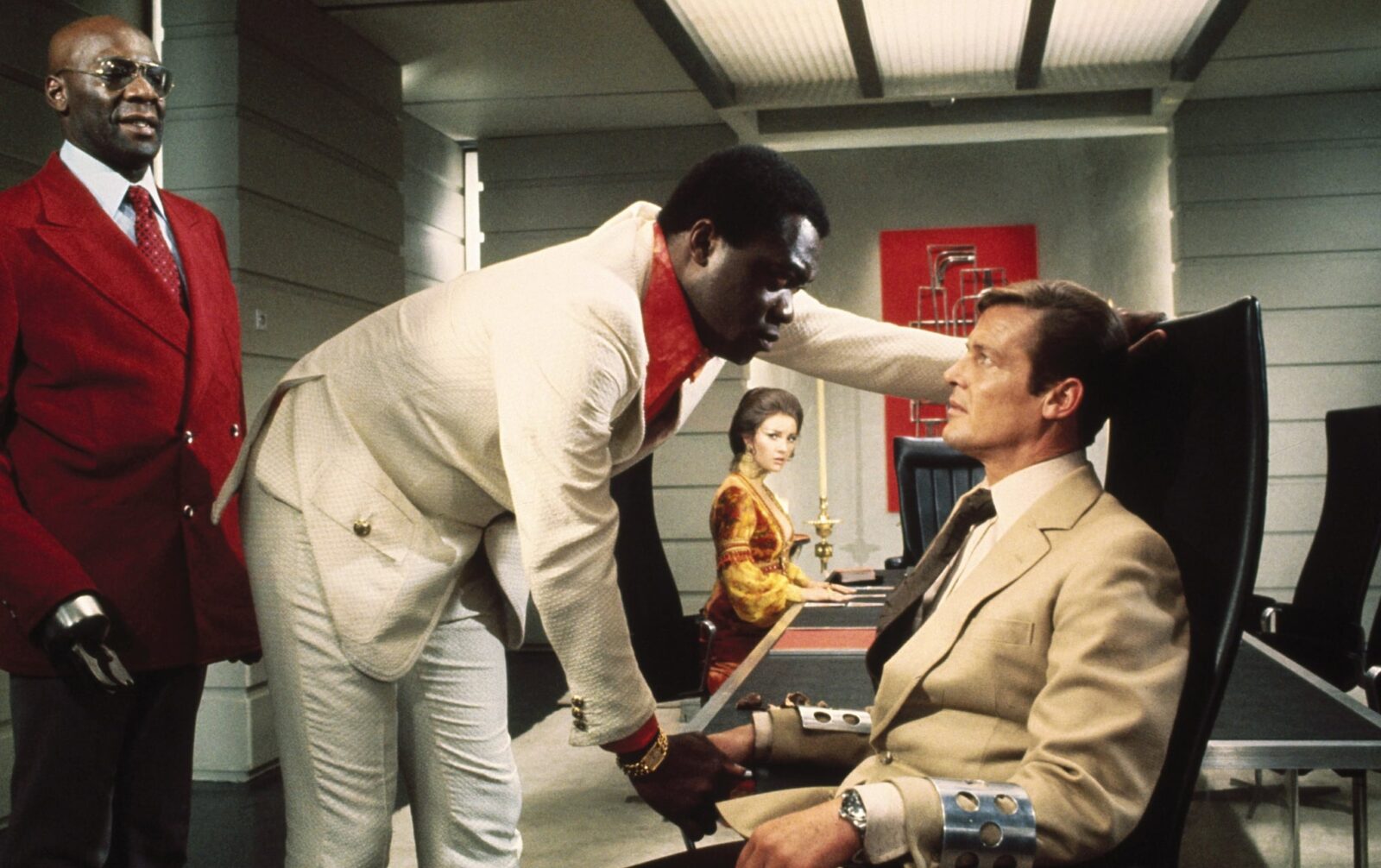 The final confrontation with Dr. Kananga is weird, too. There’s no real sense of urgency for Bond to get to Kananga. It’s just time to go into the base and try to shut it down. There’s no sense of a ticking clock working its way down that Bond is fighting against, which gives the final bit of excitement a leaden air. Why not have it so that Bond is trying to stop the next shipment out? He’s gotta stop that, and he needs to go fast! Instead, it’s just, Kananga is over there and needs to be confronted. In terms of thin action filmmaking, it’s surprisingly inert. 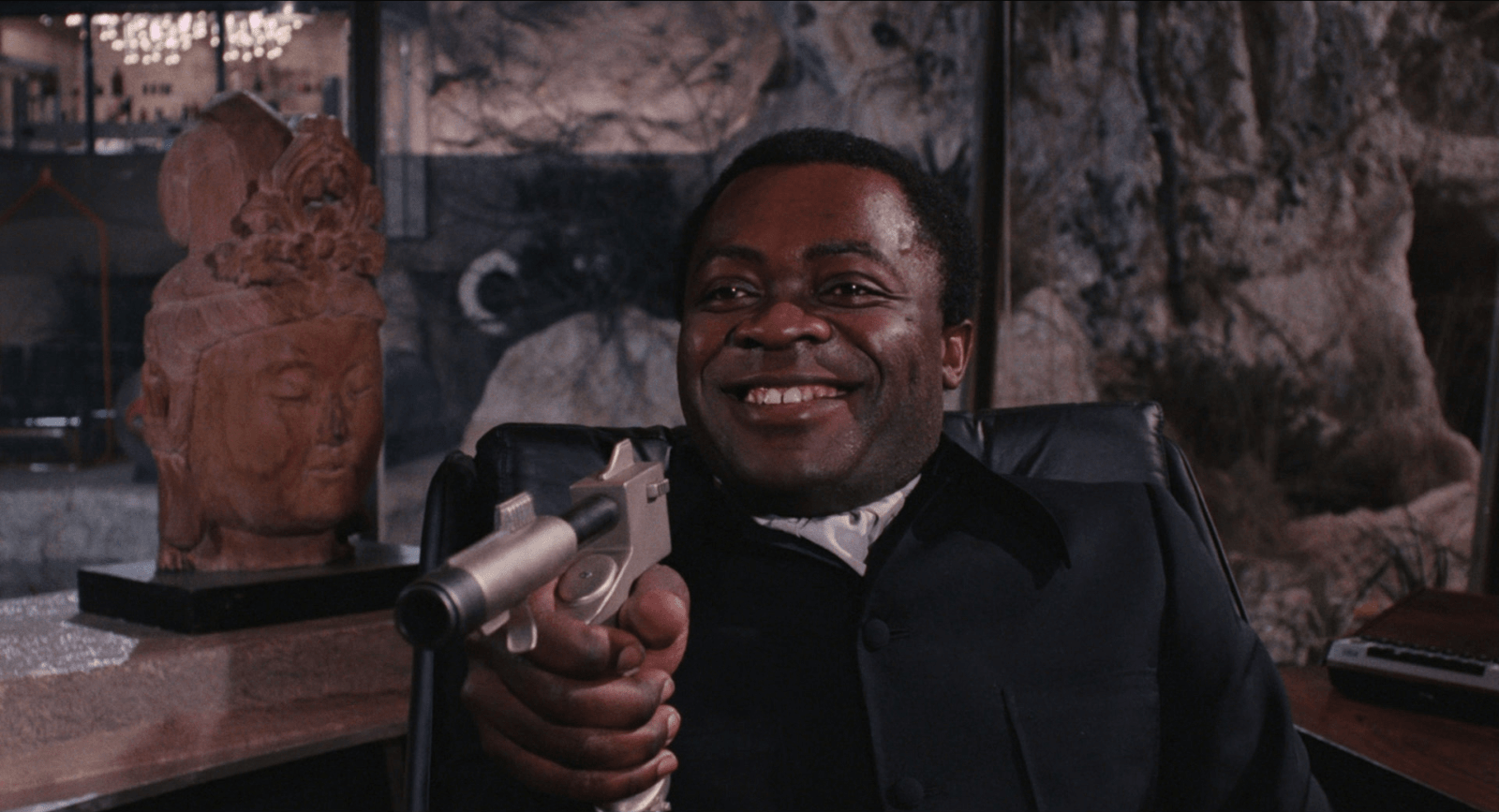 I will say, though, that Yaphet Kotto is great as Kananga. He’s there to have fun, chewing the scenery and enjoying every moment of being a Bond antagonist. Jane Seymour is largely lifeless as Solitaire, though.

Live and Let Die is a real mixed bag introduction to Roger Moore as Bond. Discarding the seriousness of Connery, they never embraced the thin silliness that Moore was suited for. Add in unnecessarily confused and complicated storytelling as well as a big action scene that feels wrong, and I’ve got a movie I wanted to like a lot more than I did. 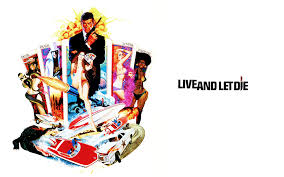