25 movies (only those produced by long-term rights holders Eon Productions). Yes, I know there are two additional non--canon Bond movies: the 1967 spoof Casino Royale, and Sean Connery’s 1983 comeback Never Say Never Again (released the same year as Octopussy), but we’ve enough to handle with the 25 that actually “count”. This is easily the most uneven franchise or groupings of films that I’ve ranked. It’s kind of ridiculous that way. Anyway, these rankings will be from worst to best as we head towards “No Time to Die.” And at #25  in my Ranking of the James Bond Franchise, is easily the worst of all James Bond films ‘The World is Not Enough’ starring Pierce Brosnan. 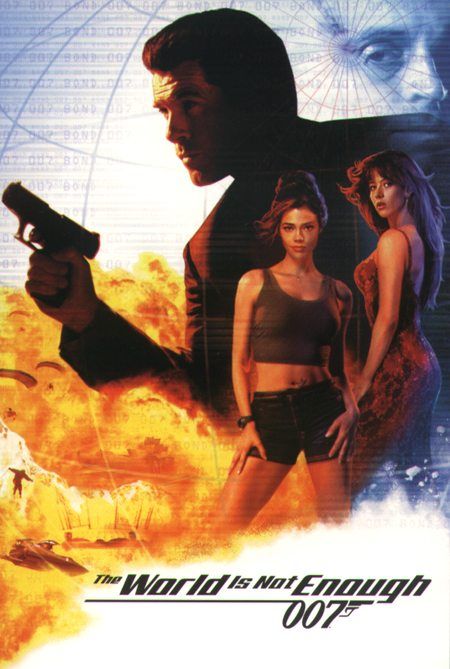 I…do not like this movie. It’s too busy, so busy as to keep any real story from developing. I had lost interest by the half hour point, but I kept with it until the end. I was not rewarded for my patience. I understand that this film does have some defenders, but I don’t see the merits at all. The good things are good ideas that are executed badly.

It starts with a pre-credits sequence, like every Bond film, but this one is laboriously long, over twenty minutes. Bond has two separate action sequences. The first is in Spain and involves Bond jumping out a window with a briefcase full of money. Then there’s a scene of dialogue, an explosion at MI6, and a chase over the Thames (where Bond actually goes into the water…ew). The actual story information passed along in this sequence is actually not that much (and some of it ends up going nowhere), which makes me feel like this is a first draft screenplay that was cobbled together from a couple of other existing drafts.

See, the problem is the dual villains and the mystery box effort to hide one of the characters as a villain. We don’t get introduced to either of them until after the credits sequence (so almost half an hour into the film), though there is a line of dialogue from the female sniper that features prominently in the opening bit that gets echoed in Skyfall when talking about a much more interesting villain. The first is Elektra King, the daughter of an assassination victim. She’s presented as the sympathetic victim in the beginning (a typical Bond girl) and morphs into a heartless villain. Now, I like this idea, the subversion of the conceit of the Bond girl, but it doesn’t work for a couple of big reasons. 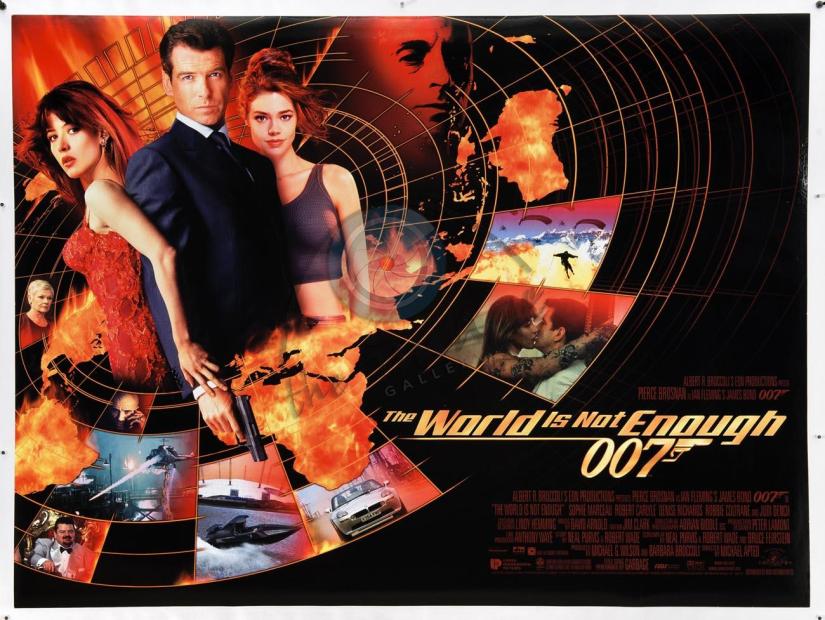 I see The World is not Enough as an effort to mimic and reverse the emotional success of On Her Majesty’s Secret Service. George Lazenby’s single Bond outing is the only time the Bond movies ever successfully created an emotional connection between Bond and a girl. Everything else has been superficial at best. There seems to be an effort to get Bond and Elektra to the same place, but there simply isn’t enough time dedicated to their relationship. They’re talking super seriously about desire and stuff within minutes of meeting each other. There’s no real chemistry. Brosnan and Sophie Marceau do their best (Marceau is a quality actress), but the writing just isn’t there. Much like Paris Carver in Tomorrow Never Dies, the movie never successfully gets them into a believable romantic spot.

That would be fine if the movie treated Elektra as a typical Bond girl, but they had big ideas for her. She was the wolf in sheep’s clothing and the actual antagonist of the film. Her betrayal of Bond was supposed to be an emotional gut punch, and it falls almost hilariously flat. It doesn’t help that her very late explanation of her motives makes literally no sense. She’s in control of her company, obviously able to do what she wants (as evidenced by an early-ish scene where she dictates her pipeline bypass a church despite obvious reservations from those around her), and she wants to…claim the company for her mother? I mean, killing her father and putting herself in charge fits that, but what about the rest of her plot that involves blowing up a small section of her pipeline with half of a nuclear payload while giving the other half to a French terrorist to blow up Istanbul?

And that brings us to Renard, the French terrorist. He kidnapped Elektra years before, eventually letting her escape, and now he’s in the palm of her hand, doing what she wants. The idea of his physical condition is kind of cool (the bullet slowly making its way through his brain, killing all physical senses). I mean, it’s essentially leprosy with super-strength (somehow), but whatever. I can buy it. His motive and Elektra’s are totally different. They have literally nothing to do with each other. He’s a communist terrorist who rails against the West, and she’s a decadent Westerner. He wants to blow up Istanbul because…reasons (because she told him to?). It’s such a hodgepodge of underdeveloped nonsense that it has to have been cobbled together from different scripts. Maybe they wanted Elektra to be the antagonist, but they just didn’t have enough material, so they pulled the Renard stuff from another draft and awkwardly grafted it all together.

One thing you can usually rely on in James Bond movies is quality actions scenes, but here the movie falters as well. Michael Apted feels like an intelligent man, but he’s not an action director. There’s no sense of geography. Bad guys pop out of nowhere. We lose the sense of where everyone is constantly. It’s a visual mess of nonsense that never comes together to tell a cohesive story of an action scene. 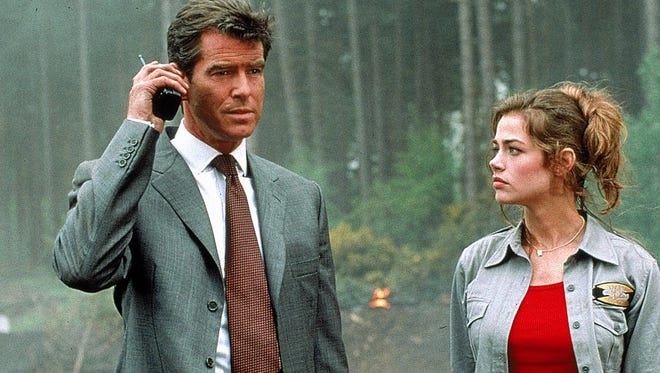 And then you have Dr. Christmas Jones who is, well, she’s there, and she’s played by Denise Richards. I don’t quite get the hate she receives for the role. I found her present in the film and little else.

In the end, this film is dreary and dull. There’s no real story. It lurches from one scene to the next with two antagonists that never gel, creating disparate goals that feel like they should be connected but aren’t. The Bond girls are wastes of ideas. It’s flatly filmed with terrible actions sequences. This might be the worst Bond film.