We’ll be ranking the 25 Bond films, (only those produced by long-term rights holders Eon Productions). Yes, we know there are two additional non–canon Bond movies: the 1967 spoof Casino Royale, and Sean Connery’s 1983 comeback Never Say Never Again (released the same year as Octopussy), but we’ve enough to handle with the 25 that actually “count”. This is easily the most uneven franchise or groupings of films that I’ve ranked. It’s kind of ridiculous that way.

At coming in a #22 in my rankings of the James Bond Franchise, is Die Another Day. 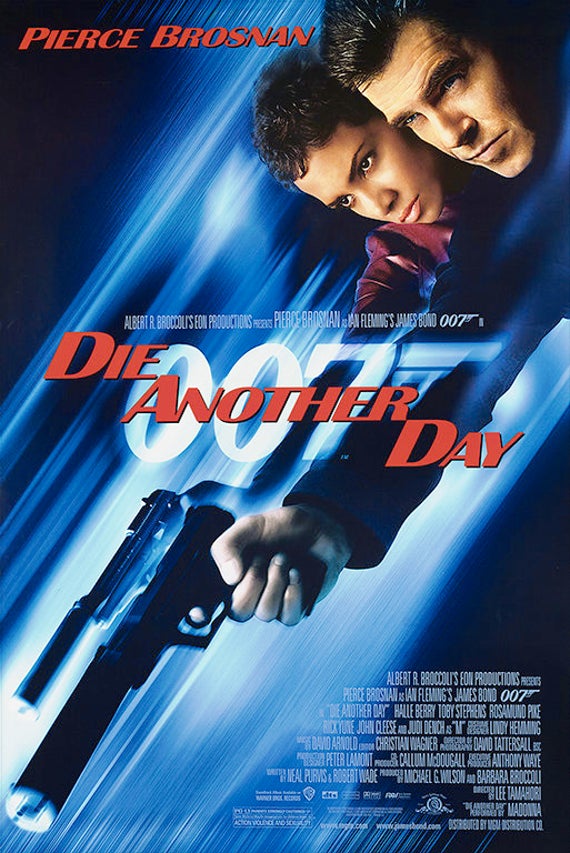 It’s not the ridiculousness that turns me off, it’s the complete inability to tell a story. It’s the clash of tones. It’s the use of real-world dangers in ridiculous ways. Essentially, this is Moonraker, but worse, and Moonraker wasn’t very good. 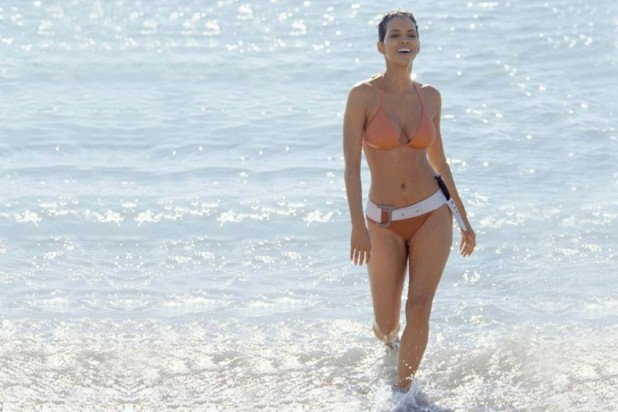 So, the important points in terms of antagonists of this opening sequence are that the errant general (who’s the son of another North Korean general) dies by falling into a waterfall and his henchman gets scarred in the face with diamonds. Bond gets released fourteen months later in a prisoner exchange with the henchman returning to North Korea and Bond goes rogue. This is a much less compelling tale of Bond going rogue than License to Kill. Bond is essentially just on a mission here, and it’s a poorly told one at that. 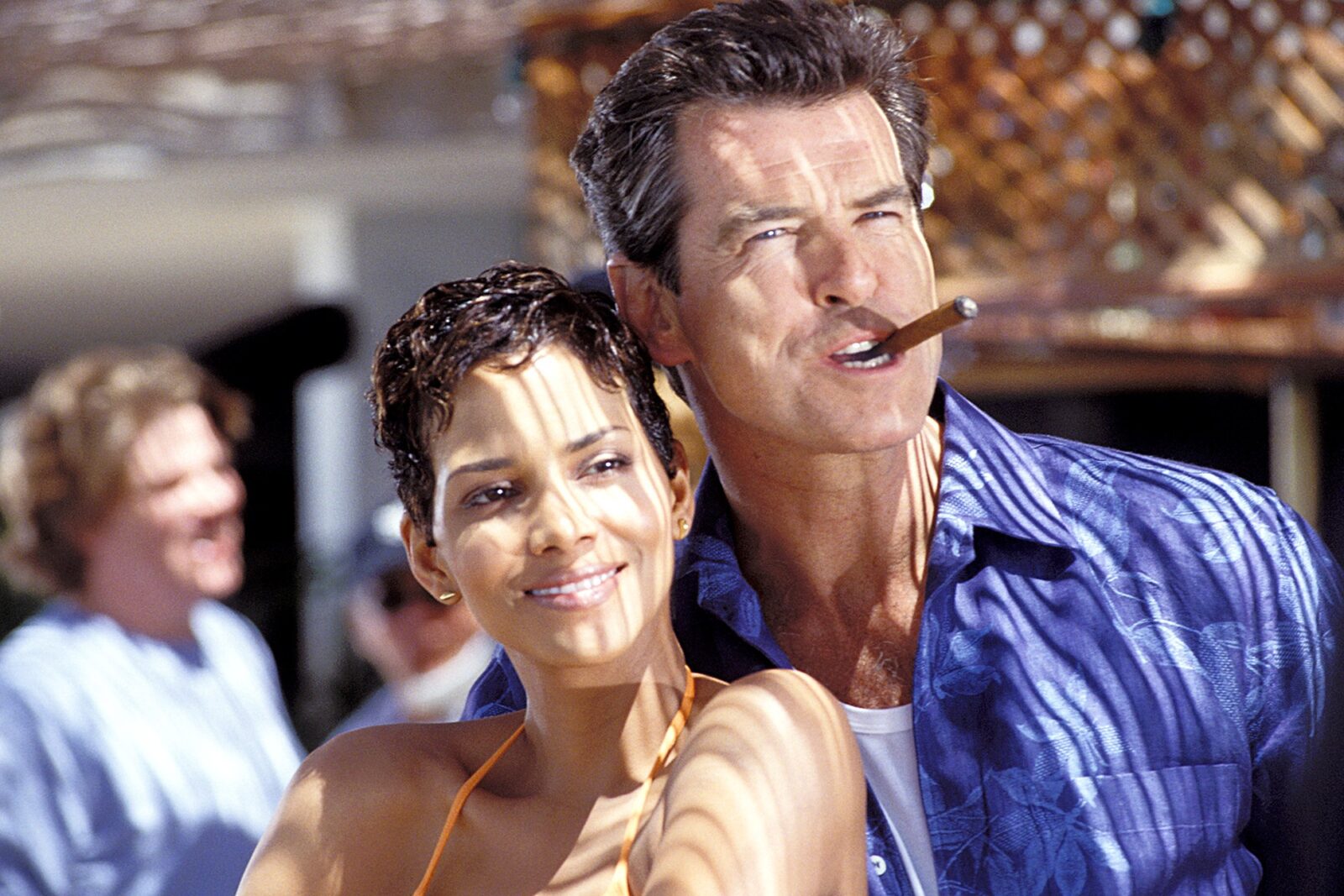 He gets information from a Chinese source (hey! Hollywood making China look good again!) that sends him to Cuba where the henchman was seen in a gene therapy clinic. There, bond sees the Cuba of the movies (everyone on the street all kinds of happy) and immediately sets his eyes on the one woman who is an American asset looking into the same thing, Jinx. They end up going to the clinic at the same time, completely coincidentally, and shooting it up independently, finding the Korean henchman in the middle of a therapy session that’s doing…something to him. I assume it’s changing his race, because that’s what we find out later happened to the Korean general who fell into the waterfall. 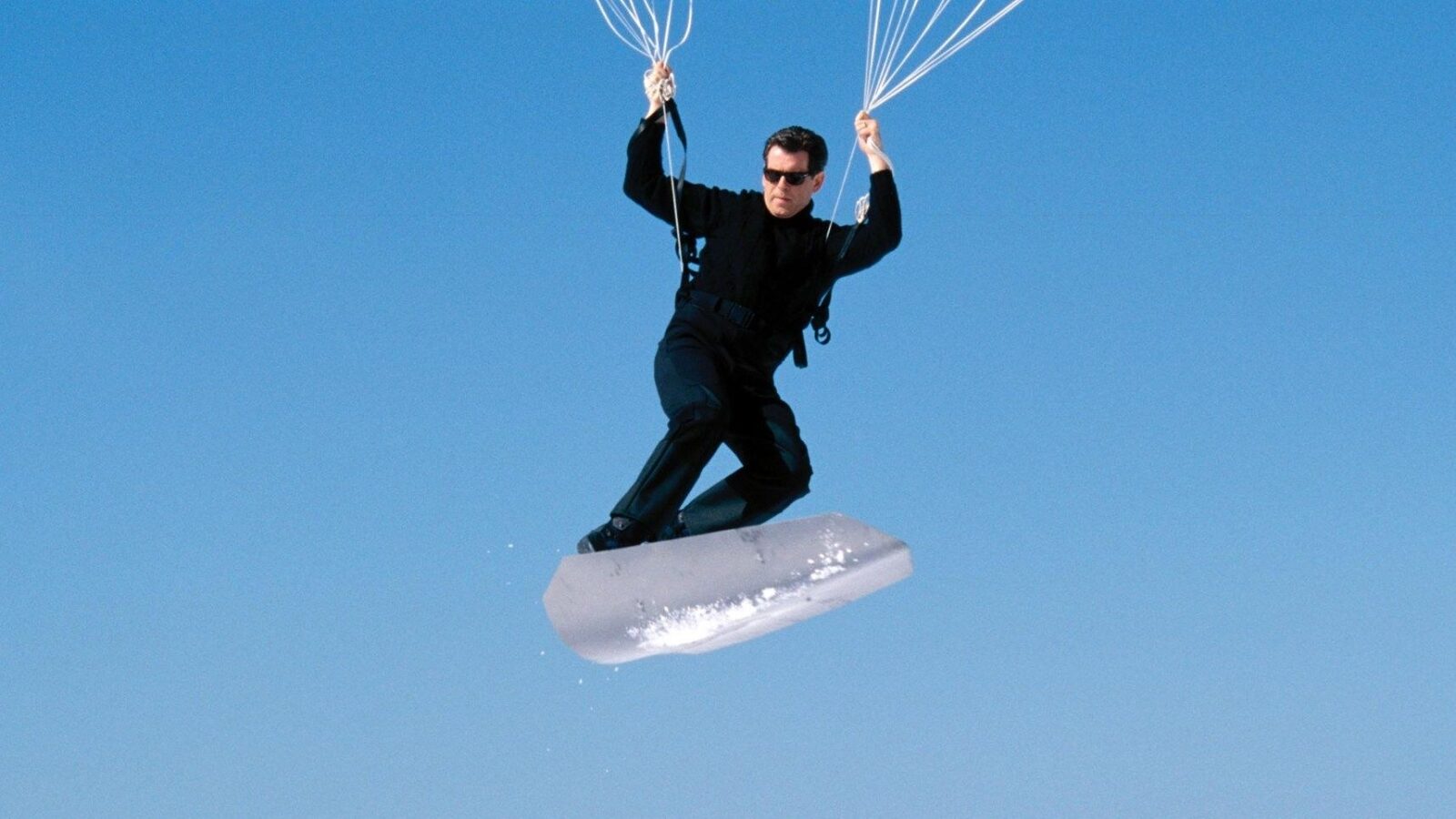 He somehow survived, used a cache of diamonds, transformed himself into a British looking guy, and because a world famous daredevil diamond miner, or something. Bond follows him to an ice hotel in the Arctic where he’s having a big reveal of a satellite that can reflect the sun’s rays in concentrated form back to Earth. I swear that I saw this in Batman & Robin. Why would he reveal this to the world? Why would he invite Bond to see the unveiling when he knows who Bond is? When you see the rest of his plan, to destroy the DMZ between North and South Korea in order to create the situation for a surprise attack southward, none of this makes any sense. It’s supposed to be a surprise, but he announces this satellite to the world? He invites a dangerous British secret agent, who’s foiled many evil geniuses before, to the unveiling? This is nonsensical.

Oh, and there’s an invisible car, Bond surfing with compositing as bad as it was in the 60s, and the bad guy putting on an electrical suit that kills people with electricity. Oh, and a helicopter falling out of the back of a jumbo jet being piloted to safety. 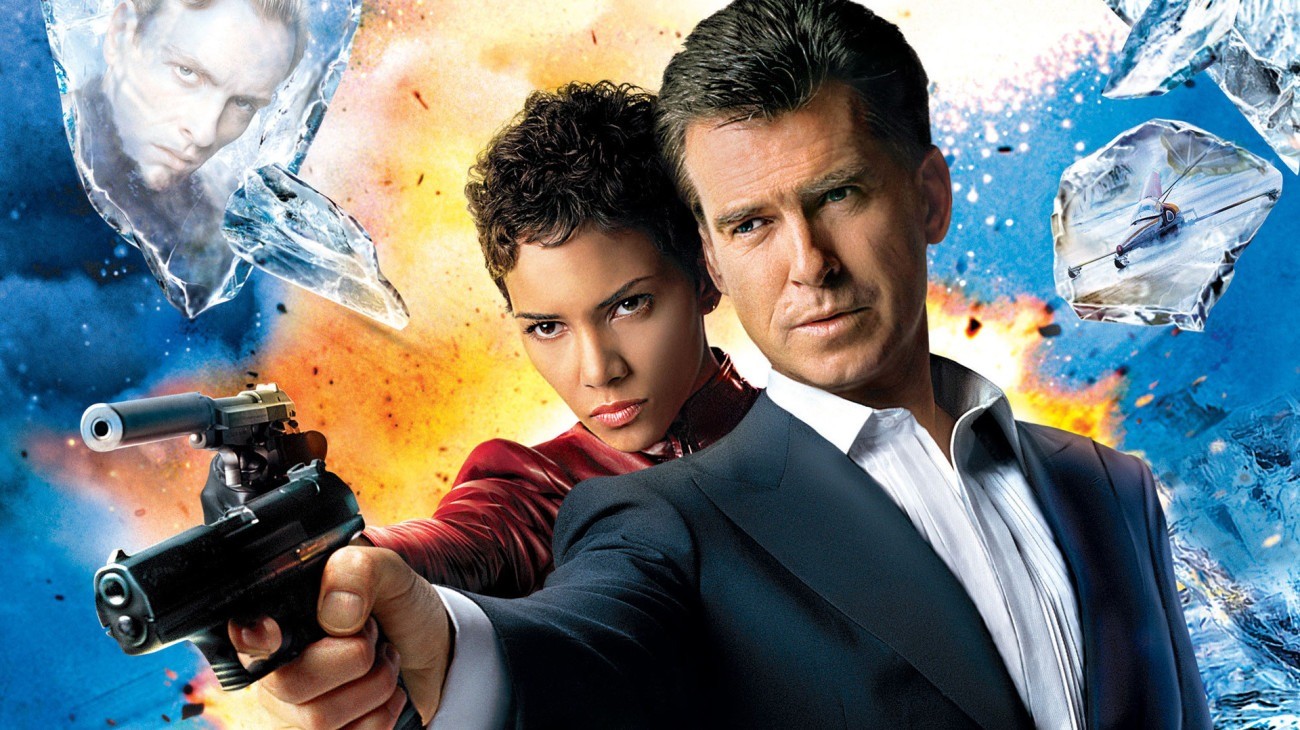 This movie could have been goofy fun, but it has no idea how to handle it. Part of the problem is the contrast between Pierce Brosnan’s take on the character and the overall feel of the film. If you go back to Goldeneye, you see a Bond much more in line with the intense, dangerous, and suave take given by Sean Connery, but he can deliver a quip as well as Roger Moore did. It feels like the producers just fell in love with his ability to deliver a pithy one-liner and moved the entire take of the following films to fall more in line with Roger Moore’s sillier productions. Brosnan was never meant for these types of Bond films. He should have been given material more like Timothy Dalton’s. Instead, we have this straight man in the middle of ridiculous adventures without ever really winking at the audience that he’s in on the joke that Moore rather consistently did (to varying results, admittedly).

On top of that, the director, Lee Tamahori, chose to shoot the action sequences in very fad-chasing fashion with speed ramping, quick camera moves, and the like in order to create extra visual flair that ends up just drawing attention to itself without really adding much.

I can appreciate some of the goofiness to the film, but it’s ultimately dragged down by clunky storytelling and a central take on the character that doesn’t fit. It’s not the worst Bond film, but it’s near the bottom.