Now that No Time to Die (postponed has been postponed to April 2021 due to the dreaded cornovirus), David M. Vining will be continuing to review all the official Bond films and ranking them from worst to best of the 24 canonical films in the lead up to the movie, (only those produced by long-term rights holders Eon Productions). This is easily the most uneven franchise or groupings of films that we’ve ranked. It’s kind of ridiculous that way. Anyway, these rankings will be from worst to best as we head towards “No Time to Die” (if it ever arrives). 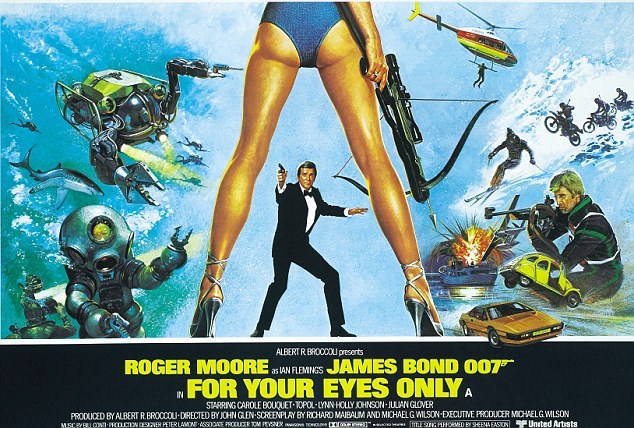 #14 in my Ranking of the James Bond Franchise.

There’s an obvious effort to bring Bond back to his roots in this film. His new fancy car gets blown up and everything. It’s a worthy goal (not that I had a real problem with the concept of gadget heavy Bond action, just the execution), but some of the problems of execution that have plagued Moore’s efforts repeat here, mainly in the first half of the film. The second half, though, comes together really well, shockingly so considering the muddled first half that preceded it, and it almost saved the movie for me. But not quite. 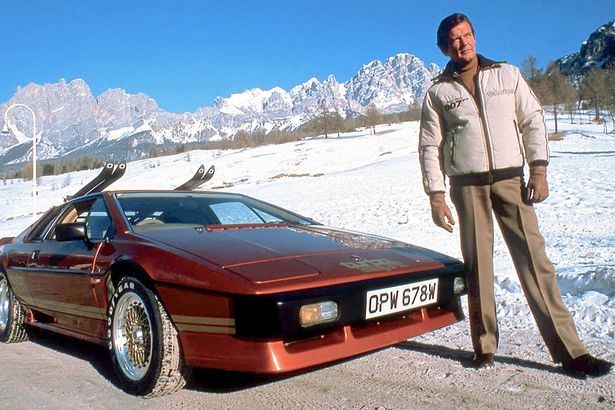 First, I have to mention the pre-credits sequence. I hate this sequence. I loathe it. It also makes no thematic sense (though reading some background on it illuminates the reasons). Bond visits his wife’s grave, the first direct mention of the Countess Tracy since On Her Majesty’s Secret Service. This implies an effort to connect with Bond’s past. Then Bond gets into a helicopter (emblazoned with the Universal Exports moniker, a name that hasn’t been mentioned since From Russia with Love) and a Blofeld look-alike (whose face we never see) takes remote control of the helicopter and takes Bond for a daring flight through an abandoned industrial zone. Bond retakes control of the helicopter, finds the Blofeld look-alike in his wheelchair on a roof, picks up the chair with the landing skid, and then dumps Blofeld into a smokestack, implying a condescending dismissal of what had come before. The effort was there to show Bond getting more serious and realistic villains in the most cartoonish way possible. It’s a mess, and I hated it. It’s also never ever mentioned again. It’s a confusing and infuriating waste of the opening of a Bond picture, and it should have never made the final cut or even been scripted. 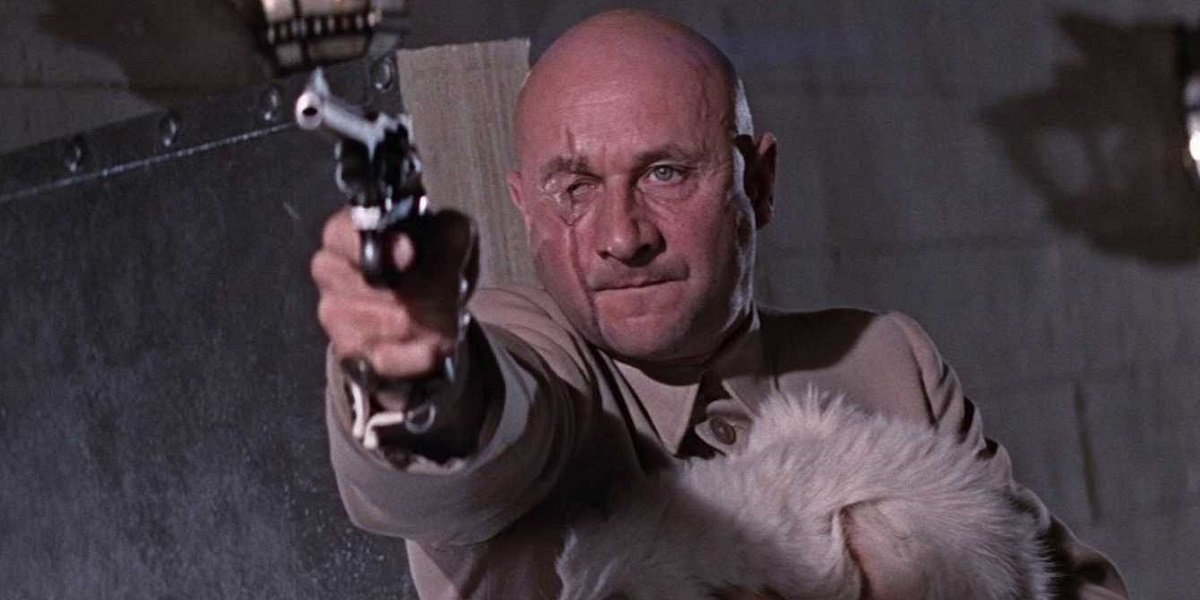 The rest of the first half of the film is less embarrassing but much more nonsensical. A British spy ship goes down in the Aegean Sea when it accidentally gets too close to an old sea mine. Shortly thereafter, the daughter of an underwater archaeologist arrives at her father’s boat to see her airplane pilot turn the hidden guns on the plane on the boat and kill her father and mother. In this, James Bond gets sent. He doesn’t get sent to find the wreckage, though. Or to investigate the murder of a British subject (the archaeologist). No, he gets sent to try and figure out which Greek smuggler is trying to get to the sunken ship and then get to the sunken ship himself to recover a secret targeting computer. Why the British navy doesn’t just show up with a sub filled with divers, I do not rightly know. What follows is a tedious game where Bond meets up with one smuggler who tries to pit him against another smuggler with tales of nefarious connections with Russians.

There’s a bait and switch about halfway through the movie at which I rolled my eyes, but little did I know that that was the moment that the movie turned from boring, confusing, and disjointed to clearly told and exciting. Once the movie loses interest in trying to hide obvious truths from Bond and the audience, clarifying the identity of the antagonist, suddenly Bond can simply follow a trail of clues, have exciting encounters in exotic locations, and attack a secluded fortress with focus and verve.

That clarity of narrative is what makes the second half of the film work, and the disjointed nature of the first half is what keeps me from saying it’s good overall. I don’t need action movies to be the most inventive things in the world. I’ll settle for well-told yarns, and the second half is a well-told yarn. It’s also got what might be the best version of an easily escapable sentence of certain death for Bond. The bad guy ties Bond and the girl to the end of a rope that is connected to a motor boat. They get dragged through the water over some reefs, getting cut every time they pass over them, but providing Bond enough time whenever the boat turns around to cut his bonds and find a way to use natural leverage to free himself of the boat overall. It’s a quality action scene.

Scaling the cliff side to the remote monastery is also exciting, giving Bond a clear purpose and goal while being visually enticing along the way. There’s also the first really exciting underwater sequence in the franchise when Bond gets the computer from the sunken ship. 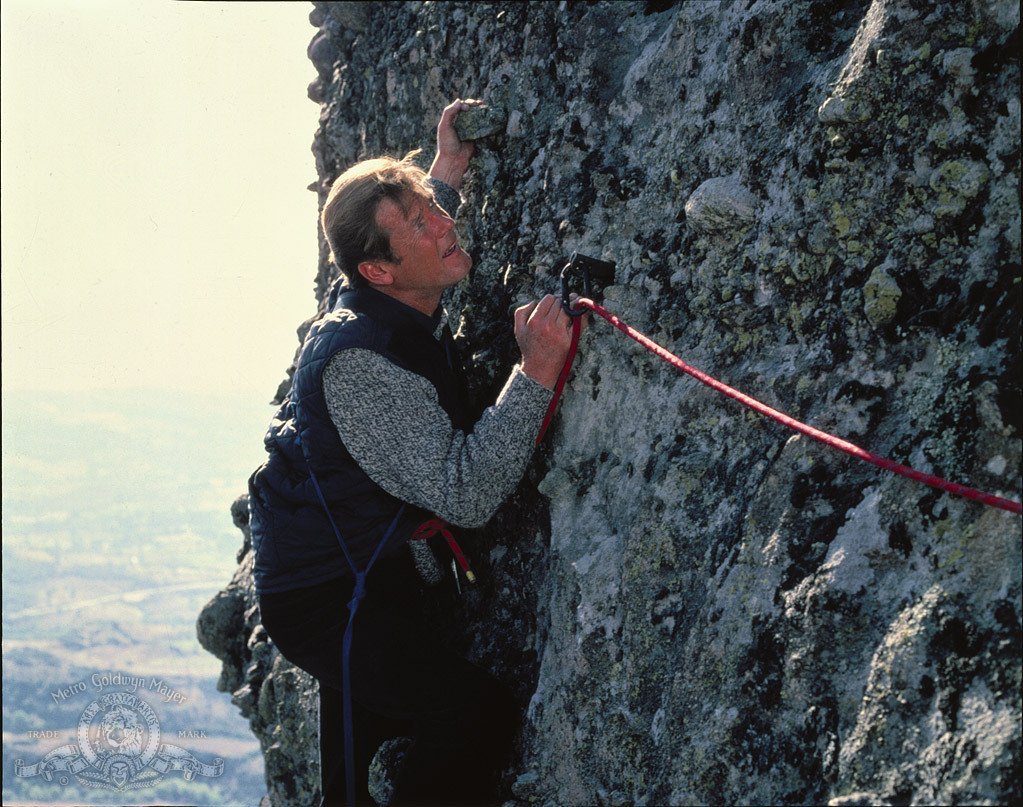 The supporting cast is good as well. Topol is fun as Columbo. Julian Glover is menacing in much the same way as in The Last Crusade. Carole Bouquet is fine as the main Bond girl, but the relationship between her and Bond feels tacked on and superfluous. And Moore is his normal effortless self as Bond.

The movie’s a mixed bag, though I can see why Moore would like it so much himself. I think its second half almost overcomes the shortcomings of the first, but not quite. 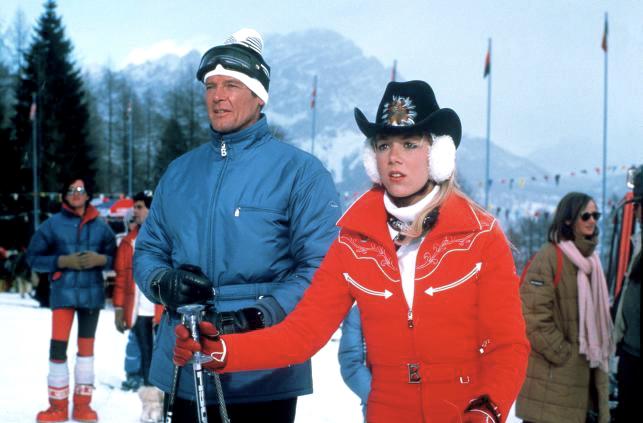 Amazon to Invest $1 Billion Annually to Get Their Films in Cinemas
Classic James Bond Scene Being Used as Audition Scene for Next 007
No Time to Die's Ana de Armas “There’s No Need for a Female Bond”
Reinventing James Bond: Craig's Last Film May Be the End of Classic 007
When James Bond’s Daniel Craig Almost Joined the MCU
Lame: Amazon Announces Its First James Bond Spin-Off Show
Francis Ford Coppola Makes Some Valid Points about Marvel Movies