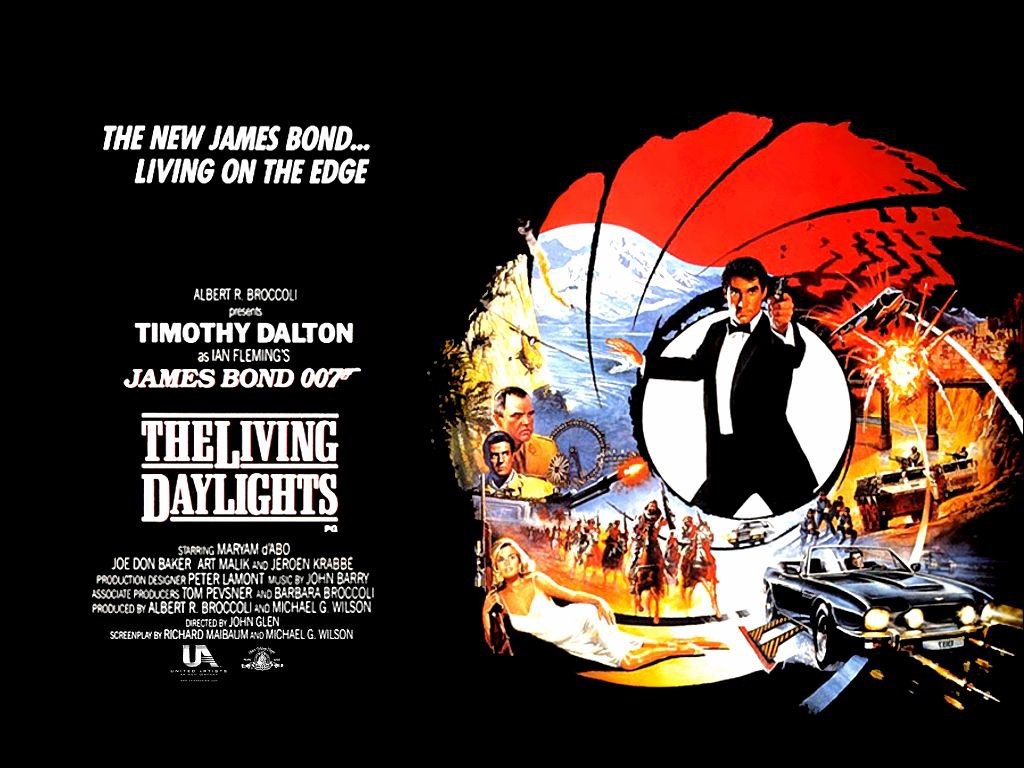 #12 in my Ranking of the James Bond Franchise.

I was with this movie until its final third went to Afghanistan. It’s largely a solid Bond adventure with a more grounded narrative focus and aesthetic feel, but the sudden introduction of a host of new characters and a late plot twist that doesn’t make a whole lot of sense and receives little explanation, drag it down slightly. There’s still fun stuff there, but everything around the fun stuff undermines the final stretch of an otherwise strong introduction to Timothy Dalton as 007. 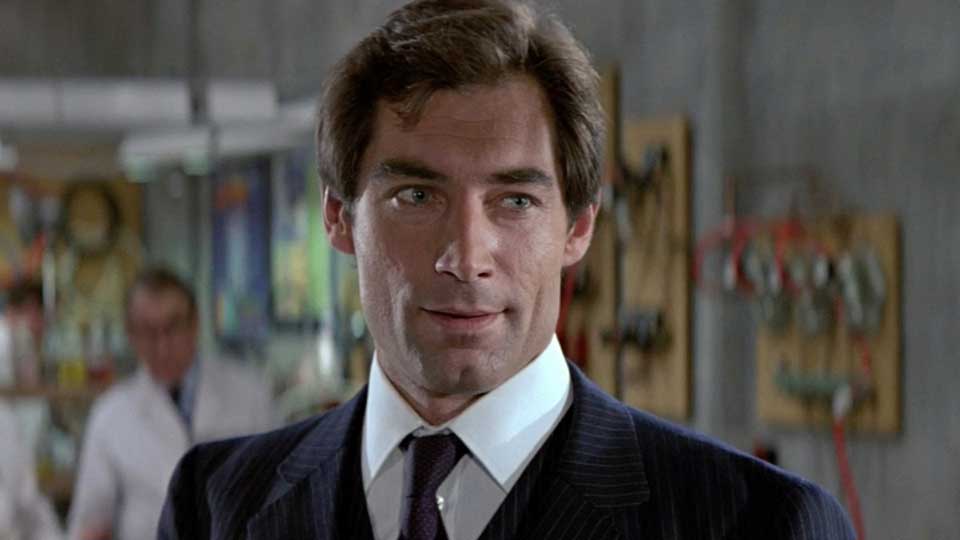 The pre-opening titles sequence involves three 00 agents dropping into Gibraltar for a training exercise only to see two of them (one resembling George Lazenby and the other resembling Roger Moore) killed by a man clad in black. The third agent, who looks suspiciously like Timothy Dalton, turns the tables on the man, breezing past the English soldiers firing paintballs, and killing the man by igniting explosives in the back of a truck and sending the truck, with the man, over the cliff into the sea where it explodes. Welcome to the franchise, Mr. Dalton. 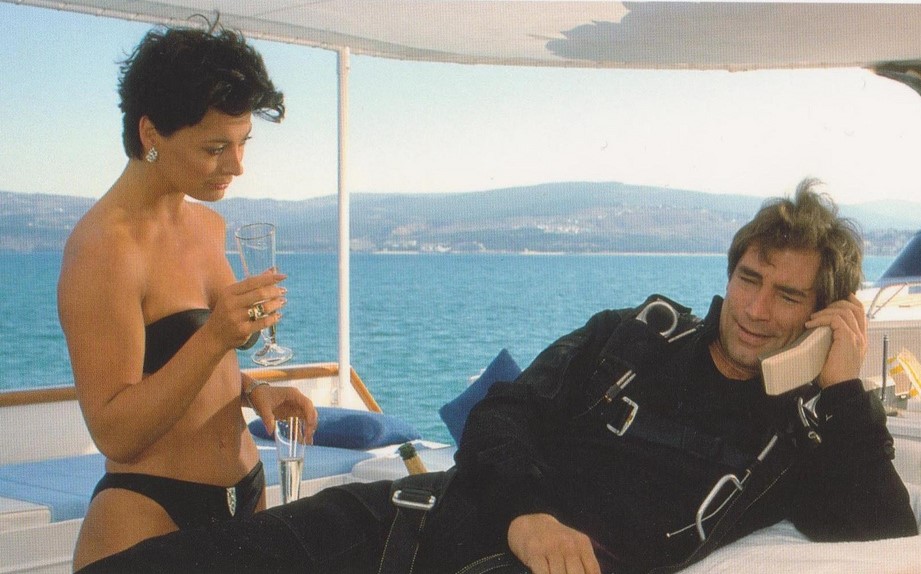 This opening sequence ends up having some relation to the story that follows, but it’s tenuous. Bond gets sent to the Czech Republic to oversee the defection of a high ranking Soviet general, Koskov. This almost has the feel of a John le Carre adaptation. The streets are dark and wet. The objective pulled from real life. It’s still a Bond movie, though, so there’s a beautiful girl, a chase, and a gizmo that carries the general through an oil pipeline into the West. It’s entertaining and fast paced, a fun introduction to the story.

The story takes a few extra turns when Koskov goes to England and begins spilling the beans about another Soviet general, Pushkin, who is planning on killing all Western spies (which ties into the beginning). Koskov then gets kidnapped in a daring raid by helicopter and Bond has to go on the hunt. He returns to the Czech Republic to find the girl, discovering that the whole defection was a ruse. He takes the girl out of the country by cello case (at least it’s another variation on a ski chase instead of just another ski chase), and they go to Tangier to find Pushkin who lays out that Koskov was actually in trouble with Soviet authorities for embezzlement.

There’s a lot of plot in this film, and the film treats it all rather lightly. In the tradition of the Moore films, it exists as a clothesline on which to string action sequences, but at least it holds together. It’s complicated but makes sense if you spend a bit of time thinking about it. Along the ride, there’s not much time to consider the intricacies of Koskov’s relationship to the gun runner Whitaker, but it sort of makes sense.

Anyway, all of this plays out like a heightened, Bond-ized version of a le Carre novel, but it’s when the action makes its late turn into Afghanistan and we’re introduced to the Mujahideen (a proxy for the Taliban, I assume) that I felt the movie took that one extra step in the wrong direction. It’s the very late introduction of Kamran Shah that gets me. We’re three-quarters of the way through the film and should be barreling towards the conclusion, but we have to introduce a new character in a new setting with a new power dynamic? It felt like they were trying to include too much of the real world Cold War in one film while possibly aping some Rambo action.

The action in that third act is fun, though. Bond sneaks a bomb onto a plane full of opium (why the heroin trade is suddenly introduced in the third act, I couldn’t tell you), but ends up needing to fly the plane out in order to reach safety. The muscled bad guy gets on too, and they have to fight to the death while the plane is flying. It’s quality stuff.

The film has the markings of the Bond franchise, but toned down to a more “realistic” degree. The gadgets are less intrusive. Bond gets a single girl this time, and he builds some kind of relationship with her (it’s not nearly as successful as with Tracy in On Her Majesty’s Secret Service, but it’ll do). It’s a solid adventure and introduction to Dalton, but I just can’t quite get past the late move to Afghanistan.