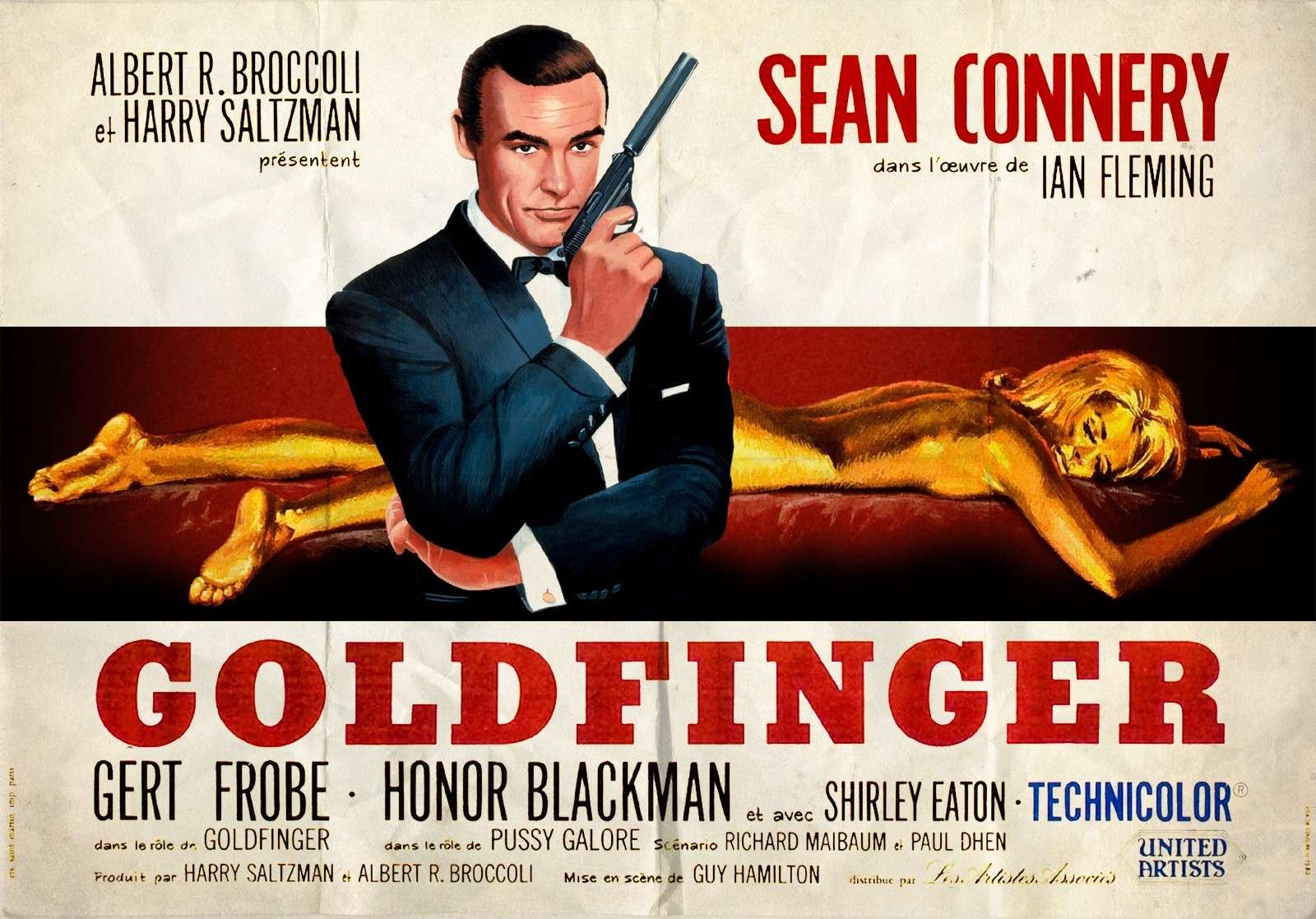 #1 in my Ranking of the James Bond Franchise.

Where From Russia with Love found its groove late in the running, Goldfinger fires on all cylinders from the opening. Sean Connery is just as suave and cool as before, but the movie is more assured from the outset, confidently placing Bond in situations and against an antagonist who’s interesting, intelligent, and threatening from the start. This is the first Bond movie that’s a complete package from beginning to end. 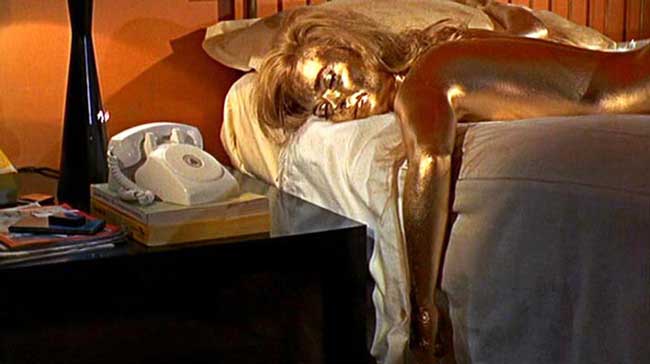 One of the fun things about Goldfinger that didn’t happen in the first two Bond adventures is that there’s an actual mystery. British and American intelligence know that Auric Goldfinger is up to something with gold, but they don’t know what. They just know that he’s a major gold trader, completely legal, and that he has made some curious moves that they think may be part of something larger and more nefarious. So, they send in Bond to investigate. Bond’s early estimation of Goldfinger is not kind. Our introduction to the antagonist is him taking advantage of a fellow vacationer in Miami by cheating his way at winning at cards. It’s a petty thing implying a petty and small man. Bond feels confident at having embarrassed Goldfinger, but the large gold bug is not to be trifled with and makes his viciousness clear by killing the girl who was helping him cheat and fell into Bond’s arms. 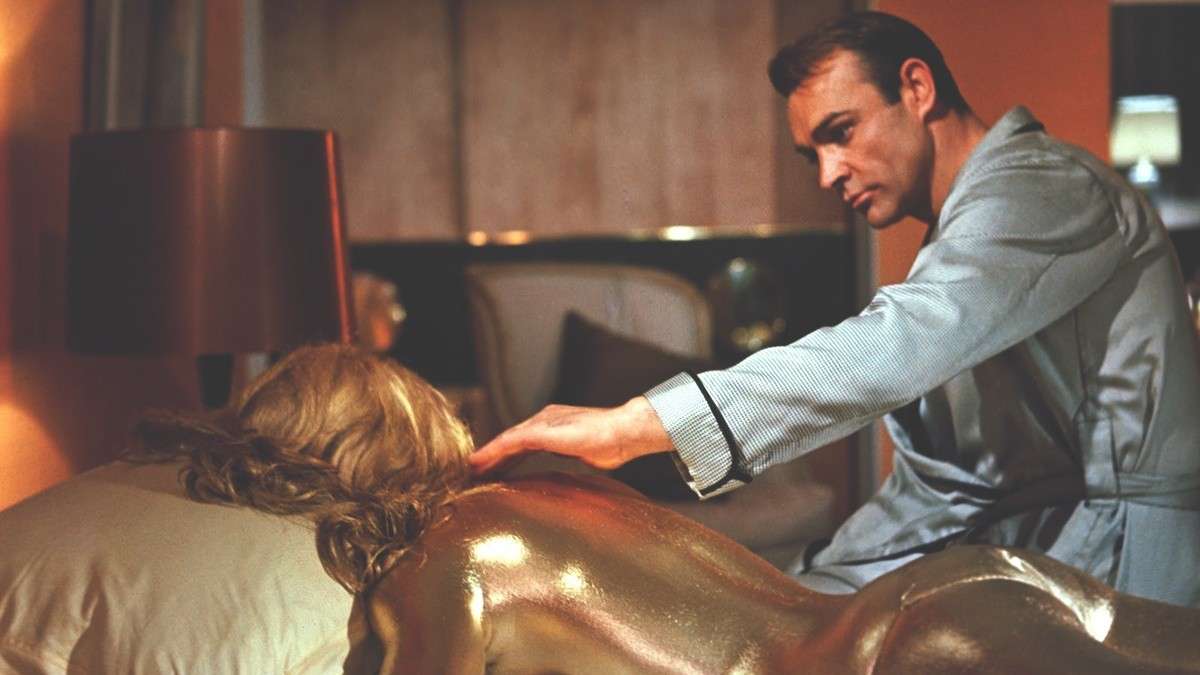 Then the pursuit actually begins. Bond starts by thinking Goldfinger will be an easy target, but Goldfinger needs to be taken seriously, and that’s what Bond does as he follows the antagonist to Switzerland. It’s here that Bond begins to pick up the pieces of the plan, mostly in the form of a codename, Operation Grand Slam. When Bond gets captured, Goldfinger has had enough of the British spies antics and settles on killing him, but Bond has to use his wits and the single piece of information he has in order to convince Goldfinger to let him live. This scene with the laser is tense and establishes a tool that will come in later as well. This movie’s really well constructed. 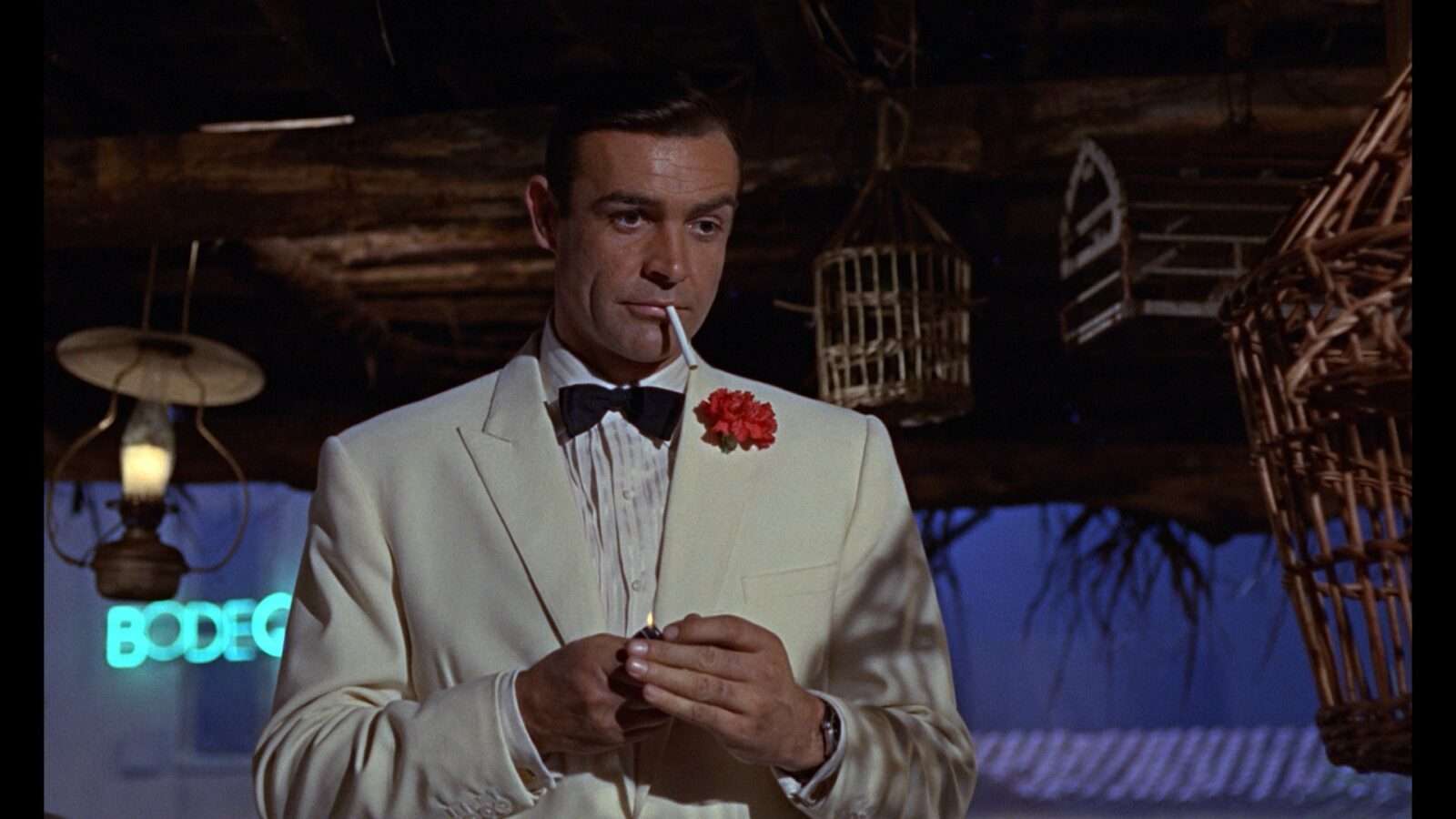 And that’s one of the big reasons this movie works so well. Things get established early and paid off, like the laser. Through it all is Bond being the cynical bastard who uses everyone around him, especially women, to get what he needs. His only discernable feeling is bemusement as he watches his efforts pay off. It’s pure fantasy fulfilment. 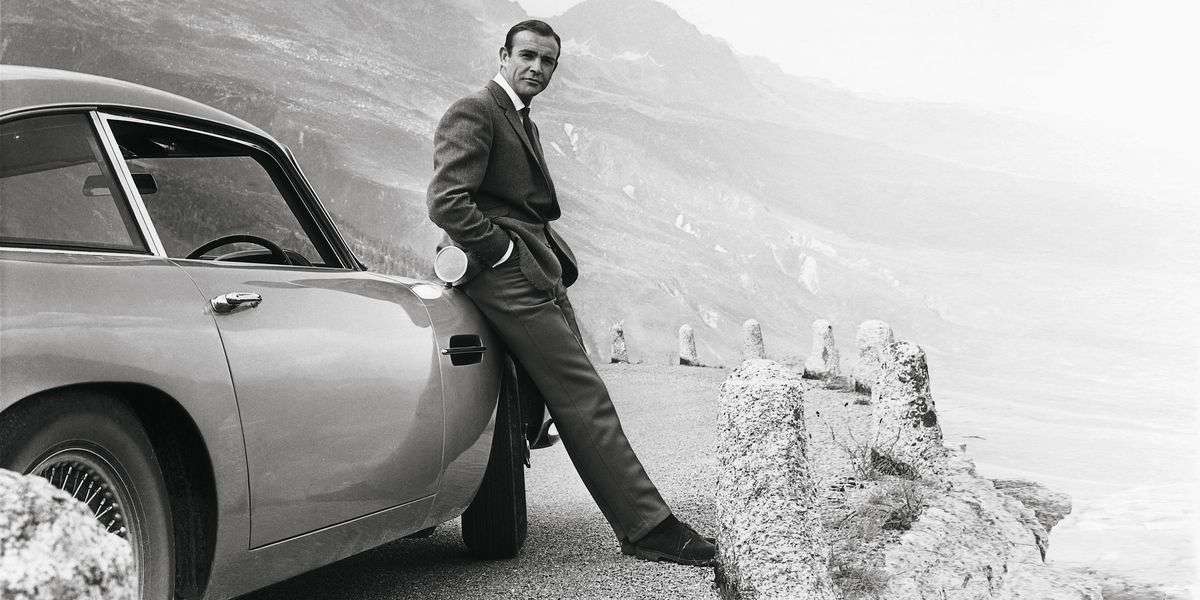 When the action moves to Kentucky and Fort Knox is when we finally learn what Goldfinger’s plan actually is, and it’s not what we would expect. We’re given about twenty minutes where we can just assume that Goldfinger wants to steal a bunch of gold, but when Bond outlines the reality of moving that gold out of the fort we realize that there has to be more. Goldfinger’s actual plan moves the effort from almost petty theft not really worthy of Bond’s attention to diabolical and something we would expect Bond to work on. 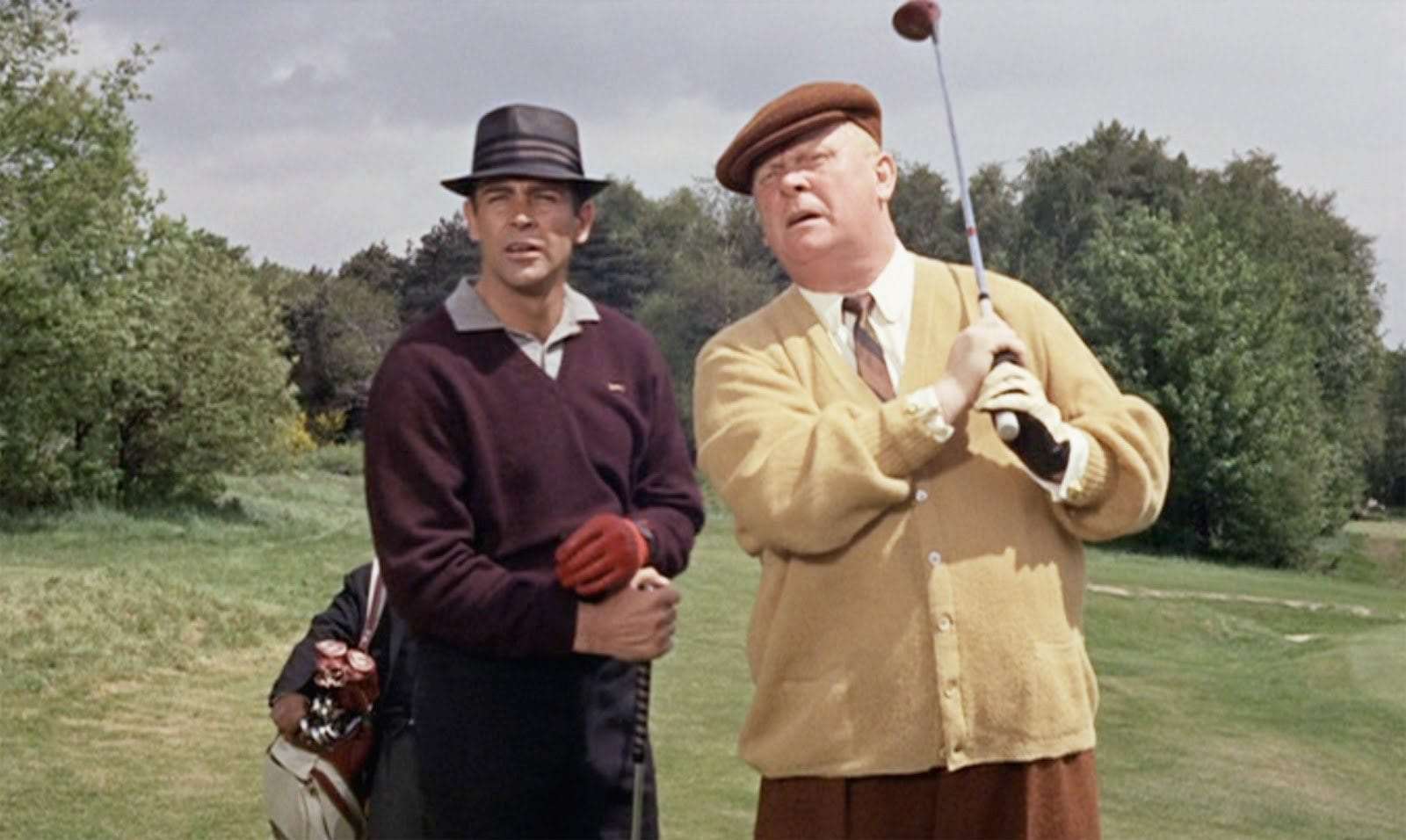 The addition of other secondary characters that are as interesting as they are fun adds to the entertainment value as a whole. Odd Job, Goldfinger’s silent Korean manservant with a deadly hat, is an imposing physical antagonist that compliments the doughy, verbose Goldfinger. Pussy Galore, the final of three Bond girls, is witty and an appropriate match for Bond. The action is well done (though never quite matching the train fight in From Russia with Love) and the movie looks really good. The sets are big and elaborate (my favorite being Goldfinger’s office in Kentucky). 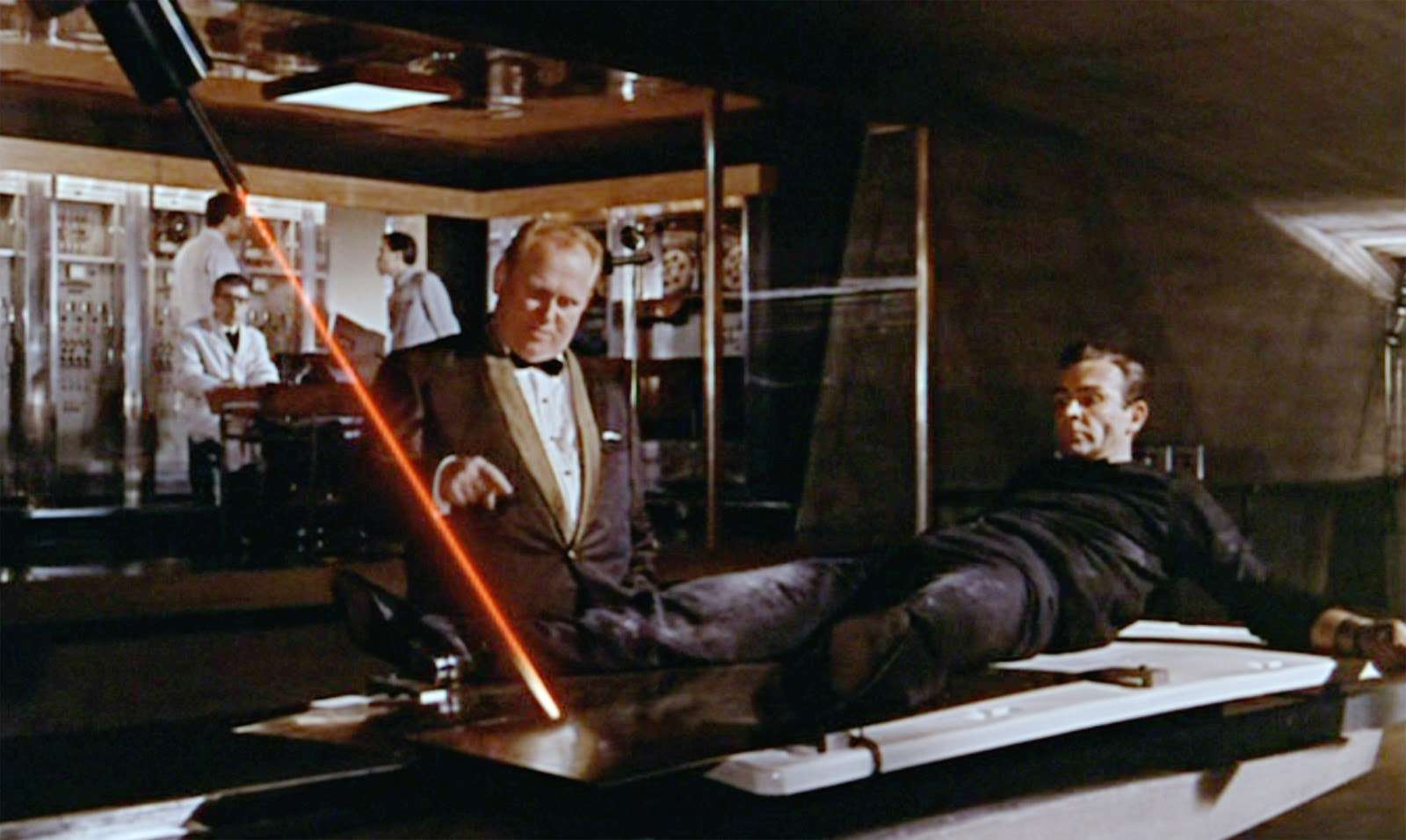 It’s the complete package of a Bond film. Connery at his height. An actual mystery. Great action. A compelling antagonist. One of the best Bond girls. It’s the best Bond film so far at this point in the early 60s.