This is a brief review of DOWNTON ABBEY: A NEW ERA, and strong a recommendation to go see it, for those of us who watched the television series and first movie. I would not attempt this movie were I not already familiar with the wide cast of characters, and their situations. No point in walking into a play halfway through the final act.

This film makes a perfect finale to a beloved, well-acted, extraordinarily well-written historical melodrama concerning a British aristocratic family and their domestics in the early years of the Twentieth Century.

DOWNTON ABBEY: A NEW ERA - Official Trailer [HD] - Only in Theaters May 20

The film showcases Maggie Smith’s impressive talents as an actress, and is frankly refreshing in its ability to give good parts to professionals with a few years of experience.

My compliments to Julian Fellows, who wrote the screenplays for two films and six seasons. His work is masterful. It is always difficult to write a sequel, particularly one set in an historical background, doubly so for an era whose virtues contrast so sharply with fashionable modern vices. The writer here, Mr. Fellows, exercised an admirable ingenuity in finding and consummating plotlines even for otherwise minor characters.

The sets and costumes were all accurate to their period and beautiful to see on the screen. This is a well photographed film and lovely to look at. Little historical details crop up that show when a writer does his homework: such as the name of the first talkie (hint: it was not THE JAZZ SINGER) and when a box camera was introduced that allowed the photographer to see an image from the lens before taking the shot.

The plot is twofold. The first concern an inheritance of a villa in the south of France, and a mystery and perhaps a scandal surrounding it. The second concerns a film company filming on location in the manor house. In a trifle of self-referential irony, the actors and actresses of DOWNTON ABBEY get to scoff at the idea of mere theater people being allowed in their handsome, palatial estate to film. This plotline follows in the footsteps of the classic music SINGING IN THE RAIN, complete with young actress blessed with elegant, high-class looks cursed by outrageous low class accents.

This being a romantic melodrama, of course, there is romantic allure between the glamorous and the rich, and perhaps some untoward temptation. At the risk of giving away the shocking surprise ending, I must say how pleased I was there was at least one suspected scandals the two plots toy with turns out, in the end, to be baseless: the woman is portrayed as resisting the temptation that no woman loyal to the modern world would resist, and for the sake of her family honor and dignity, a motive no one loyal to the modern world even has a word to express.

Nor will I spoil the sorrowful ending or say who passes away. I will say only that this film is the only time in the whole long oeuvre of Downton Abbey that I recall Lord Grantham being reduced to tears. Honesty requires I admit that the one homosexual character who flirts with another, while handled as tastefully as possible — no kisses or whatnot shown on screen — was a drawback. The character was portrayed as likable and sympathetic, but the sin, which in real life is an abomination, is here portrayed merely as a harmless eccentricity.

The character is likeable, and the audience would like to see him pursue a happy ending, albeit such an ending is not in the cards.

No character on stage expresses any disapproval of the sin, albeit the writer is honest enough to have one say that, in this cruel world, not much happiness will be allowed to such a one. That seems a little too broadminded, considering that such things, in those more honest days, were against the law.

On the other hand, the British aristocracy in the days of Oscar Wilde often winked at such lapses, so long as no scandal became public, so perhaps the lack of disapproval was historically accurate.

However, unlike every other portrayal of sexual abnormality in modern films or shows, this was not blatant propaganda. It was not heavy-handed, and did not necessarily betray any opinion of the author. If the author has a rhetorical intent, it is well enough hidden beneath the artistic intent as to be invisible, at least to this viewer.

Which is how a story should be told. 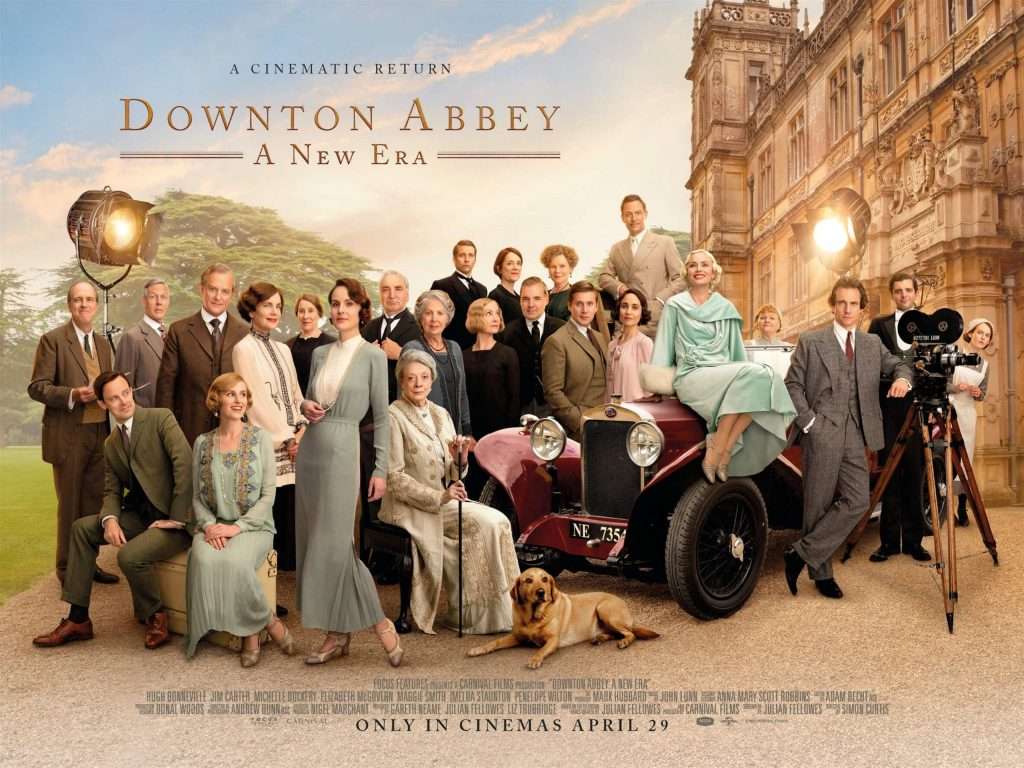 As much as I adored this whole series, and would gladly purchase and watch anything else written by the accomplished Mr. Fellows, I do hope this is the last visit to Downton Abbey, since the historical period central to the setting, along with a main character, has passed away.