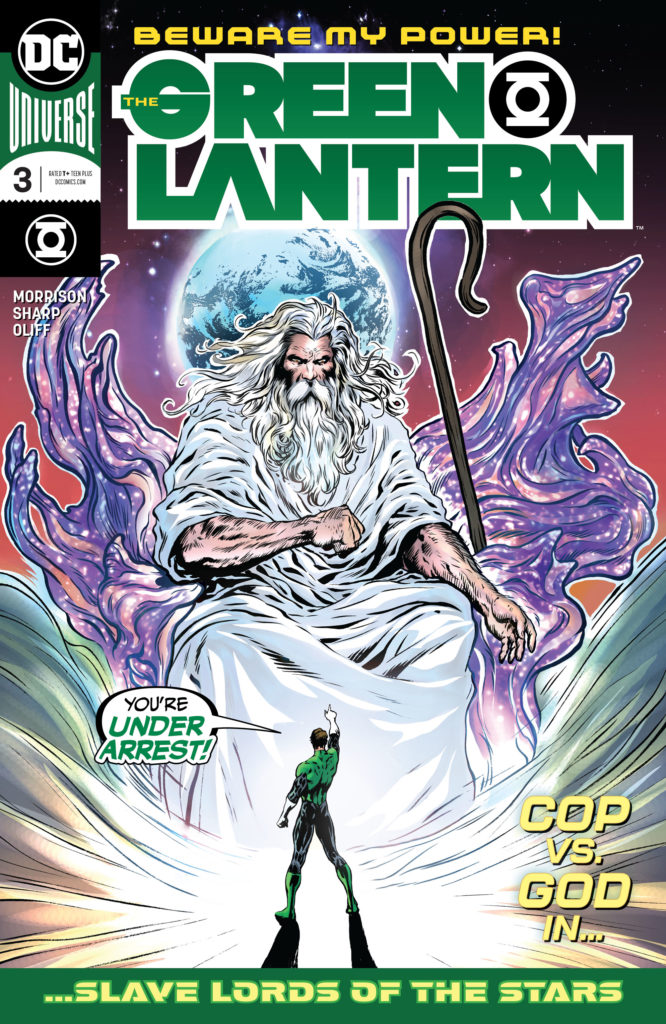 No? Well walk down the hall at DC and go talk to Grant Morrison, he’ll show you how to write quality.

I was a little worried about this comic when I first saw it as it had a picture of “God” on it, but I decided to stick with it and see what happens.

I was pleasantly surprised!

Anyhow, onto the review and I won’t spoil it all.

This comic takes us on an interesting story as we come into it and see we are at this cosmic planet auction, where we have these various powerful beings bidding on various planets. BUT we only care about one, which is planet earth! 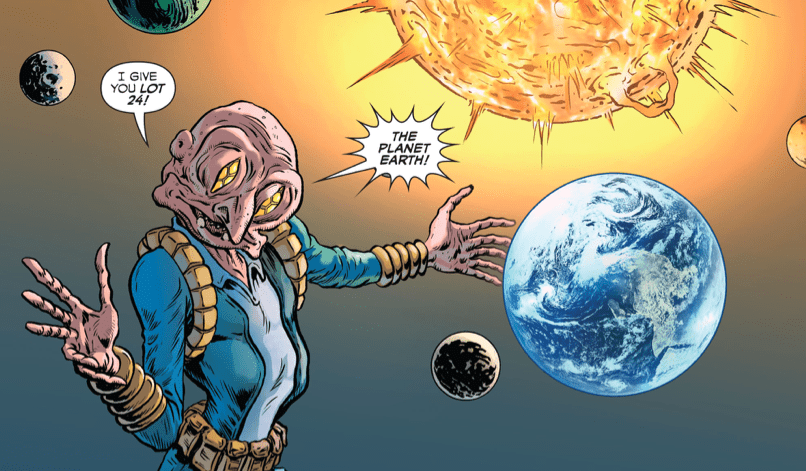 Various beings bid on planet earth, including Steppenwolf and Dominators, but as the bidding is about to end a familiar being shows up and places a bid telling everyone this is the final bid! 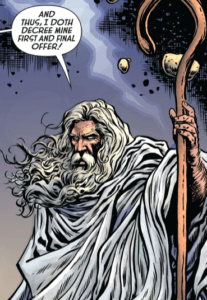 As all this is happening we get a shot of the Lantern Corps peering down at the whole thing like cops in waiting for a drug bust to happen with Green Lantern (Hal Jordan) basically holding everyone back from storming in.

From here and I really won’t spoil the rest of the comic, we get the Corps storm into to rescue Earth and all the other planets.

We find out the “Shepard” who buys earth isn’t who he seems to be and what he will actually do to the planet Earth in a 1000 years, but the people of Earth do not care and argue with Jordan about it, and they are fine with it.

Its quite a funny back and forth between Jordan and Earth.

So what does Green Lantern do? Puts the Earth under arrest.

Its a wild ride of what happens with a really interesting ending as we see Jordan get a little bit Dirty Harry with his “Justice”.

I highly suggest picking this book up. This series has been fun since issue 1 and I have not been let down yet.

….and how can you go wrong with a good team on this book of Grant Morrison and Liam Sharp!

Raised in the '80s and enjoys all RPGs, DC Comics and movies that don't push agendas. The Evil DM is an Ennie Award winning writer that has over 25 years of experience in tabletop gaming, is the host of various RPG Podcasts, including Roll for Initiative and Roll High or Die! He also has his own youtube channel where he hosts gaming advice for the OSR Movement.