My friend Panda and I just got back from watching Birds of Prey (And the Fantabulous Emancipation of One Harley Quinn) It was surprisingly good. It wasn’t the super woke dumpster fire that the trailers and marketing were peddling. There were maybe two “Woke” moments in the movie. Added together they probably made up less than three minutes of the movie’s run time. Had Ewan McGregor kept his mouth shut about those two scenes, maybe the movie would have done better. I’m not entirely sure how I’m going to format this review yet.

Let’s see how it turns out.

The movie starts off with a beautiful and hilarious animated sequence. It’s actually the best part of the movie. It kind of reminds of Super Hero Girls, which I love. 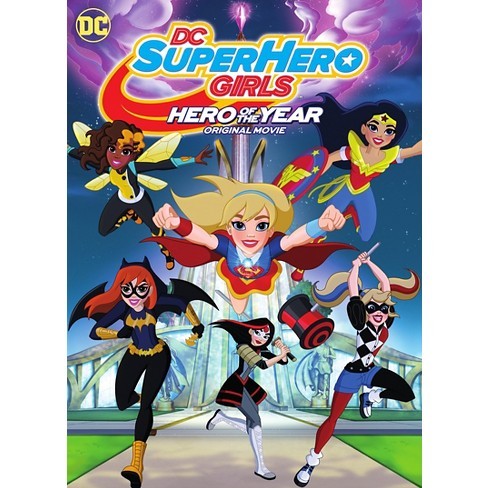 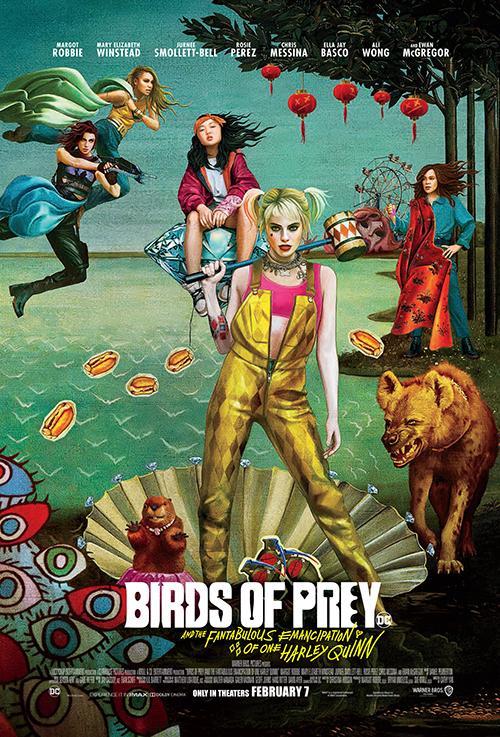 Remember how Suicide Squad tried too hard to be like Guardians of the Galaxy Volume One? Do you remember how badly it failed? Here is a reminder from Screen Crush.

I don’t know if it was studio mandated or if it was done because of Cathy Yan’s lack of experience, personality, or style, but Birds of Prey tries too hard to be like Suicide Squad. It also makes the same mistakes as Suicide Squad. Much of it uses the same color palette and aesthetic elements that were established in Suicide Squad. The sound tracks are even really similar. The structure and non-linear story telling of Suicide Squad is also used throughout the film.

The only way this movie stands out from and even surpasses Suicide Squad is how creative the action sequences are, as well as how beautifully some of the fight scenes are choreographed and shot. Even the one in the trailer. The one in the trailer must have been taken from an earlier shoot, because the final one is much better. Maybe it got punched up in a later edit.

The reason the action sequences and fights stand out the way they do, is because Cathy Yan hired Jonathan Eusebio to direct them. Jonathan Eusebio is a long time stunt man and choreographer who alongside David Leitch made the John Wick films.

And whoever it was that had the idea of giving Harley a Confetti Canon, is a Genius. Both Pinkie Pie and I approve. 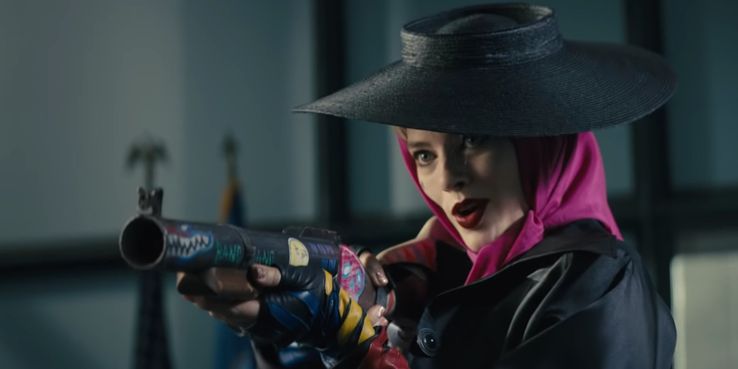 Anyone who has seen G.I. Joe Retaliation remembers the mountain fight scene as well as the final fight between Snake Eyes and Storm Shadow. They will also remember how they felt completely different from the rest of the movie. That’s kind of how the action sequences feel in Birds of Prey. Particularly the prison fight scene. It’s in that fight scene that one is finally able to appreciate what an absolute beast Margot Robbie really is. I’m fairly sure she actually shot that sequence and not her stunt double Ingrid Kleinig. Believe me I know Ingrid’s work. Her and Jessie Graff are my two favorite stunt women. They’re amazing. 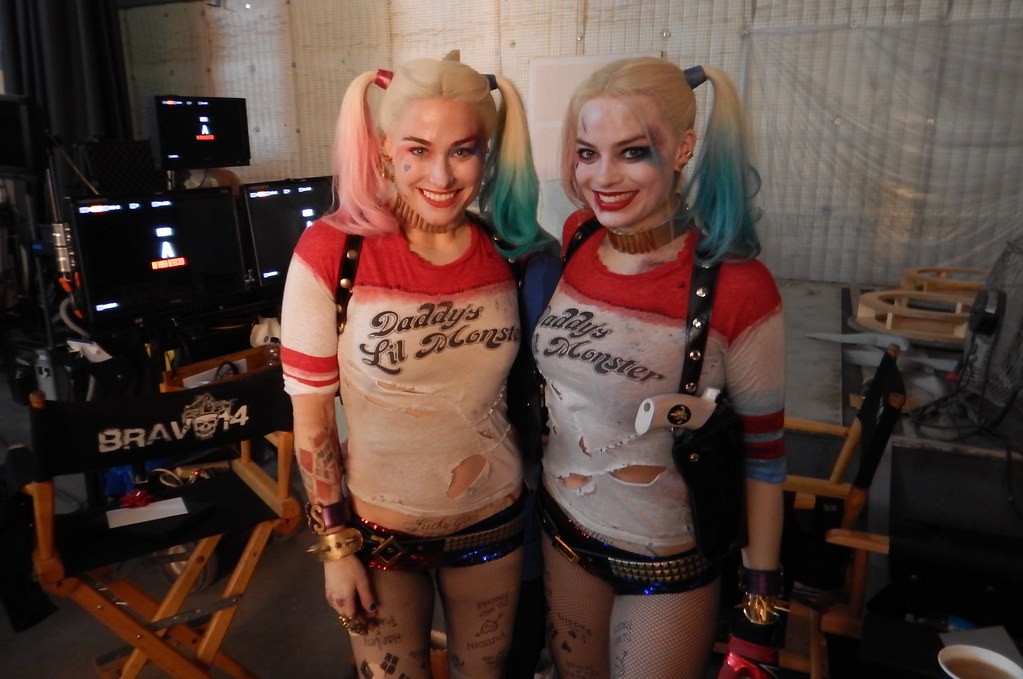 My favorite part about Birds of Prey is probably Ewan McGregor and Chris Messina as Roman Sionis/ The Black Mask and Victor Zsasz. They’re so completely over the top, it’s hypnotic. Ewan McGregor must have seen Leon The Professional about dozen times and taken notes when ever Gary Oldman was on screen. 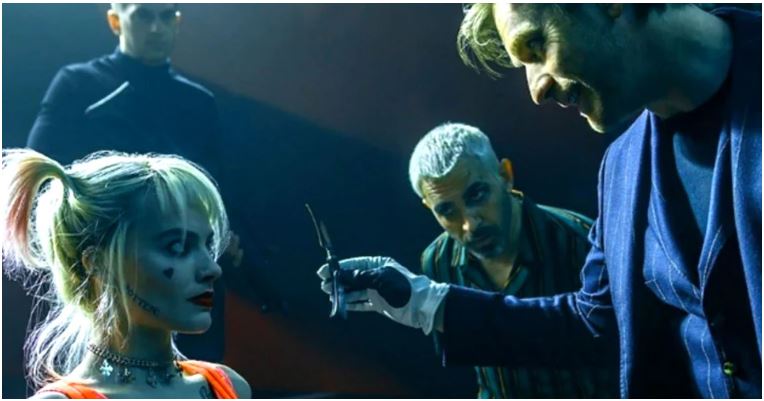 Ewan and Chris play these almost cartoonishly bad, queer coded, sadomasochists, assholes, with levels upon levels of deep-seated neurosis. I think the biggest mistake the movie commits is killing off Ewan McGregor. In the comic he gets the mask permanently adhered to his face, pissing him off even more. Add to that the fact that Huntress killed his boyrfriend, whose primary job was to keep him from losing control. That would have made for an even better villain in a sequel. It does not really make a difference now as this movie bombed hard. This may actually be the very last time we see Margot Robbie as Harley Quinn.

Birds of Prey had very inconsistent pacing and in my opinion it was completely tone deaf. Transitions were handled well, but the tone of each of the scenes was so inconsistent. And a lot of the movie was just ugly to look at. I want to emphasize that I’ve never been a fan of the New52 Harley with the Pink and Blue color or the more slutty costume. Ergo, I was never a fan of her look in Suicide Squad. But there was that one dream sequence where both her and Joker had the original looks. So that was nice.

That being said, I hate the costumes in this movie. They are fugly. Birds of Prey is a fugly movie. It’s a combo of Unicorn Punk and 90’d Glam Crack/ Heroin Chic. If you want a more modern example of what it reminds of. Mugatu’s Derelicte Campaign from Zoolander. All of the clothing looked like it was made from garbage. Yeah, there is a sequences at the very end of the movie where you see Huntress and Black Canary in their proper costumes along with Renee Montoya in a leather jacket and some pants. At that point, it’s too little too late.

Cathy Yan must have taken the same feminist studies course as Anna Boden, as they both took two of the strongest women in comics and reduced them to helpless children. Yes, I’m talking about Monica Rambeau and Cassandra Cain. I think Ella Jay Bosco was perfectly cast as Cassie, it’s just too bad that she was neither Batgirl nor Orphan. And a few of her characteristics in this movie are closer to her Black-Cat Persona. By the way, for anyone wondering, yes she is Rufio’s Goddaughter.

In Birds of Prey there is a scene where Harley is watching T.V. and what’s playing is the Days of Our Lives Episode with Arleen Sorkin that actually inspired the creation of Harleen Quinzel.

One Flew Over The Cuckoo’s Nest

As I previously stated, Birds of Prey made a lot of the same mistakes as Suicide Squad. None more egregious as the time it took for the “team” to actually come together. Too much of the film focuses on Harley and Cassie. While some of it is cute, most of it is just boring. Never as boring as Suicide Squad, but I did fall asleep briefly a couple of times. Thanks to Panda it wasn’t very long, so I don’t think I missed anything. The rest of the characters are stripped down versions of their comic book counter parts and did not really add anything to the movie.

I admit that Huntress gets one or two really cool scene, and Black Canary gets one scene where she uses her Canary Cry. I already mentioned who Cathy Yan reduced Cassandra Cain to a helpless child. But there is another character that may have gotten it worse, depending on how you look at it. That character is Renee Montoya. Rosie Perez pretty much plays every other character she’s ever played. From Do The Right Thing to Pineapple Express. In the comics, Renee Montoya is a bad ass and even becomes the replacement of The Question after he dies from cancer. This ain’t it, Chief.

There is a lot wrong with this movie, but it still managed to entertain me. Had the marketing not been the failure that it was, I do believe it would have made at least as much as Suicide Squad, and not lost a butt load of money for the studio. But, I don’t think it deserves to have made even the money it did make. Too many movies have been making the same mistake with their marketing. If you are going to treat your audience like shit, you’re going to get shit in return.

Captain Marvel had the benefit of coming out in between Infinity War and Endgame. But since then, Marvel has pretty much lost all their faith in the character, so a sequel may not be a sure thing even though we know Megan McDonnell is penning a script. Do you know how many movie scripts never got made into movies? Way too many to count. There are also rumors they want to include Spider-Man in the movie, as way more people like Tom Holland than they do Brie Larson.

I went to see Birds of Prey because Panda is obsessed with Margo Robbie and I wanted to see it to judge for myself, how good or bad it was. I also saw it to do this review. I recommend you wait for streaming or see it at matinee.