Many historians commonly associate the term “Viking” to the Scandinavian term vikingr, a word for “pirate.” However, the term is meant to reference oversea expeditions, and was used as a verb by the Scandinavian people for when the men traditionally took time out of their summers to go “a Viking.” 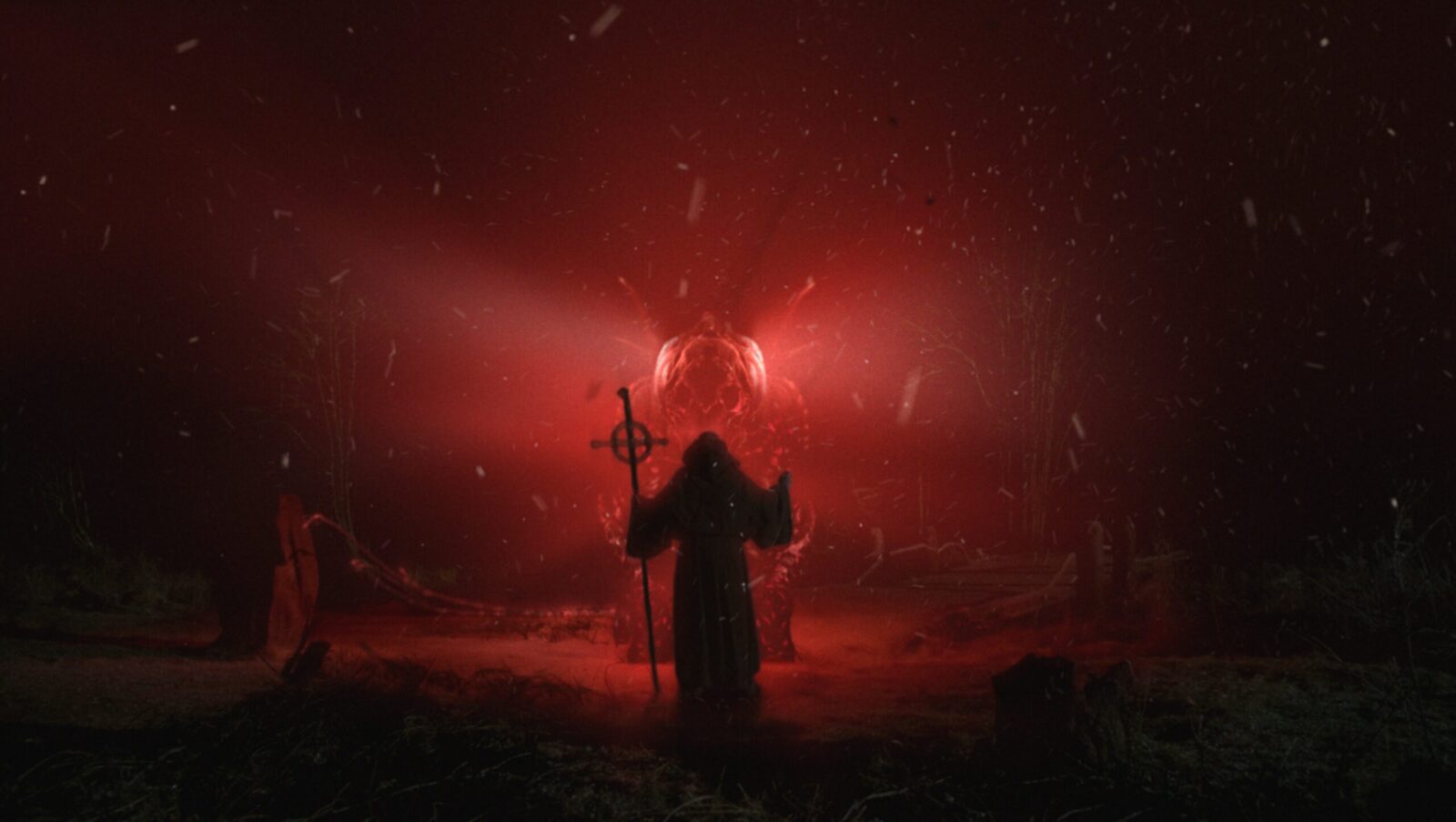 2009’s Outlander (nothing to do with the popular time-travelling TV series) is, like the later Lockout (2012), also a n enjoyable sci-fi mash-up, with decent casts, reasonable FX, a few laughs and plenty of thrills and twists.

Outlander‘s plot revolves around Kainan, an extraterrestrial male humanoid who crash lands his spaceship in Vendel-era Norway circa AD 709 (before the Viking Age began in 793AD), bringing an unwelcome stowaway, the monstrous Moorwen.

The picture updates the Boewulf myth, cleverly working in the sci-fi angle. The film comes perilously close to being risible at times, but it is never dull. A strong cast is led by a real-life religious zealot Jim Caviezel as Kainan, along with John Hurt, Jack Huston, Sophia Myles and Ron Perlman all providing able support.

In one scene, an early Christian missionary attempts to remonstrate with the creature:

First time cinema release director Howard McCain helms professionally, and co-written with Dirk Brickman, although according to IMDB, McCain has done little of note since, but, as Outlander only made $7m on a $47m budget, perhaps that’s not too surprising.

McCain was apparently developing ZMDs: Zombies of Mass Destruction with Brickman as a movie, but new of the project has been scarce these last ten years.

Freya (Sophia Myles): All of the women are talking about you. They say you’re from a place far beyond the ice. I heard one say – from the home of the gods.

Kainan (Jim Caiezel): What do you think?

Freya: I think – she was a little drunk.