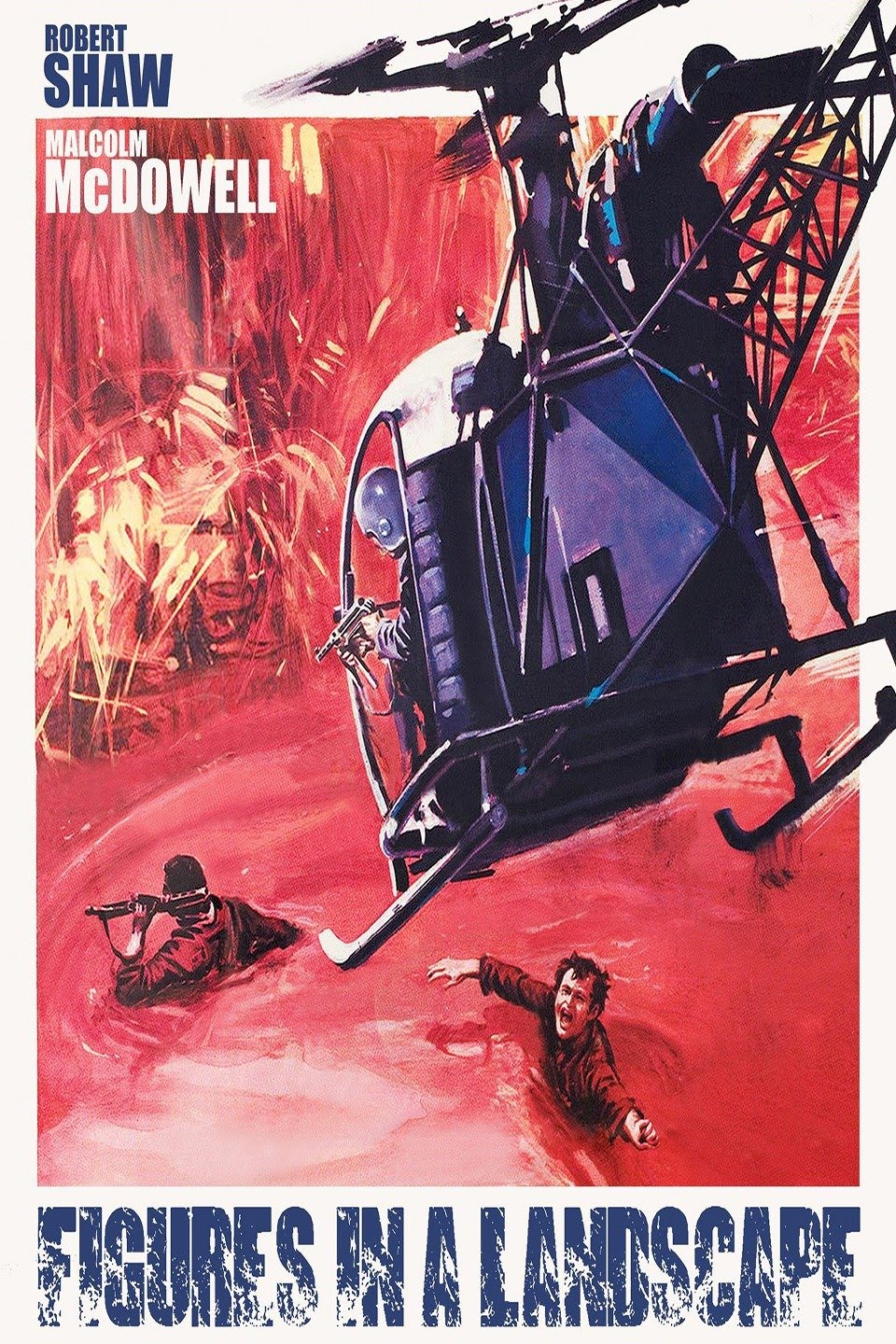 Expat American director Joseph Losey (1909-1984) had a chequered career; feted by some, derided by others. Dirk Bogarde regarded the director (who he worked with on five pictures) ‘the King’ of European cinema, although Visconti (with whom the actor worked with in two movies) he rated ‘Emperor’.

On the other hand, Bette Davis referred to him as ‘Lousy Losey’.

He made some good pictures, such as The Go-Between (1971) and The Servant (1963), but was often guilty of pretension and having an obsession with style and surfaces, rather than the subject matter. He also had the annoying habit of slagging off his own films if he thought the vision had been compromised by the demand of financial backers and often bit the hand that fed him in terms of star actors (including The Burtons) drawn to his projects.

Which brings us to Losey’s only ‘action’ film, 1970’s Figures in a Landscape.

Typically the director slated the movie after its release, saying that he only took the gig for the chance to explore new filming technology and that Robert Shaw was too bossy, who bullied his co-star the young Malcolm McDowell, who he thought should have fought back more.

Still, Figures in a Landscape is well worth a look, a beautifully shot movie that depicts the flight of two escaped prisoners (Shaw and McDowell) through a harsh, sun-baked terrain, pursued all the while by a menacing helicopter and relentless ground troops.

Losey apparently filmed much of the movie from the helicopter itself.

Shaw, who was an accomplished playwright/novelist  (The Man in The Glass Booth/The Hiding Place) took on scripting duties, adapting Barry England’s novel into a Pinter-esque allegory. Of what exactly, I have yet to discover.

I assume MacConnachie (Shaw) is a mercenary and Ansell (McDowell) is a political prisoner, but your guess is as good as mine.

The entire movie is currently available to watch for free on Youtube:

FUN FACT 1: Cast member Henry Woolf played the helicopter pilot, but is probably best known to UK readers of a certain age as the presenter of the BBC kids show Words and Pictures and a member of Eric Idle’s Rutland Weekend Television cast.

FUN FACT 2: Robert Shaw’s son Ian bears an uncanny resemblance to his father – and earlier this year (pre-pandemic) was starring in a well-received play about his pa’s experiences on the set of Jaws.

A Special Message From Ian Shaw