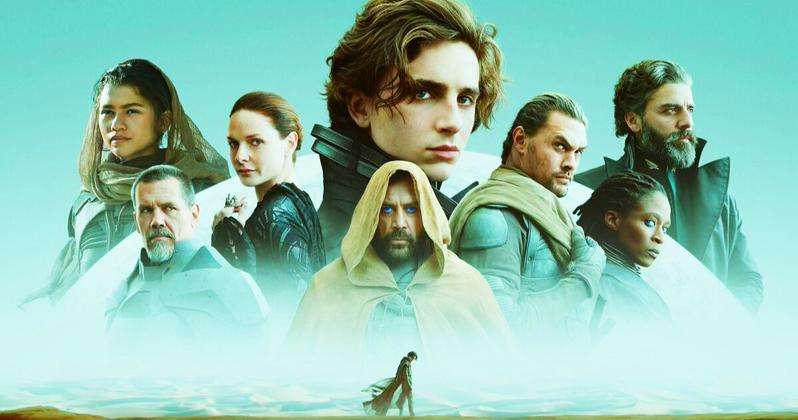 Early reactions to Denis Villeneuve’s Dune are unlikely to sway anyone on the fence about seeing the sci-fi epic, since the film was eventually presented to a small group at the Venice Film Festival after a year delay, to very mixed reviews.

Even if the remake stars Timothee Chalamet, Oscar Isaac, Zendaya, Josh Brolin, Dave Bautista, Jason Momoa, and Javier Bardem, it hasn’t been able to salvage it from critics who expected a little more from the large-scale production. The Frank Herbert adaptation has been anticipated for a long time, and it appears that it has been worthwhile in one way; the visuals and effects appear to be fantastic.

Variety’ s Owen Gleiberman reports: “Here’s one useful definition of a great sci-fi fantasy film. It’s one in which the world-building is awesome but not more essential than the storytelling. In the first two ‘Star Wars’ films, those dynamics were in perfect sync; they were, as well, in ‘The Dark Knight‘ and the ‘Mad Max‘ films. ‘Blade Runner,’ in its way, is an amazing movie, but its world-building packs more punch than its transcendental neo-noir noodlings. Viewed in that light, ‘Dune‘ is a movie that earns five stars for world-building and about two-and-a-half for storytelling.”

Indiewire‘s David Ehrlich was brutal in his assessment of the film, saying, “For all of Villeneuve’s awe-inducing vision, he loses sight of why Frank Herbert’s foundational sci-fi opus is worthy of this epic spectacle in the first place. Such are the pitfalls of making a movie so large that not even its director can see around the sets. A massive disappointment.”

Richard Lawson of Vanity Fair wrote, “With ‘Dune,’ Villeneuve has the chance to right the wrongs of David Lynch’s 1984 misfire (a misfire according to some, anyway) and truly honor Herbert’s text. But Villenueve can’t help but lacquer it all up into something hyper polished and hard to the touch. Even ‘Arrival,’ his most successful big-budget film, groans under the tremendous onus of his construction. He’s an overloader, and only the keenest and most urgent of scripts can survive beneath that weight. ‘Dune,’ unfortunately, is not one of those. Maybe the source material, with its unending glossary of terms describing places, peoples, religious traditions, and political systems, is just too dense to hone into something cinematically agile. Villeneuve’s film is somehow plodding and hurried at once, flurries of exposition and table-setting ringing around set-piece monoliths.”

However, Clarisse Loughrey from The Independent couldn’t praise the film enough, “Villeneuve’s ‘Dune‘ is the sandworm exploding out from the darkness below. It is a film of such literal and emotional largeness that it overwhelms the senses. If all goes well, it should reinvigorate the book’s legacy in the same way Peter Jackson’s ‘Lord of the Rings‘ trilogy did for JRR Tolkien’s work.”

Many reviews on Twitter shared an overwhelming amount of positivity for the film not seen in many of the critics’ reviews.

DUNE Part One is remarkable, stunning, immersive & a truly masterful cinematic achievement. Villeneuve simultaneously created one of the most intimate yet large scale productions I’ve ever seen. Zimmer’s score is an absolute all-timer. Pure cinematic bliss on every single level. pic.twitter.com/UFoEGRE4kI

I was absolutely in awe of the craftsmanship on this film. Every little detail is matched w/ this immensely powerful sound. Might be Hans Zimmer’s best work – the sound on this is truly remarkable, as is the effects & makeup work. What they do w/ Stellan Skarsgard is WILD#Dune pic.twitter.com/G6ogyHfOfI 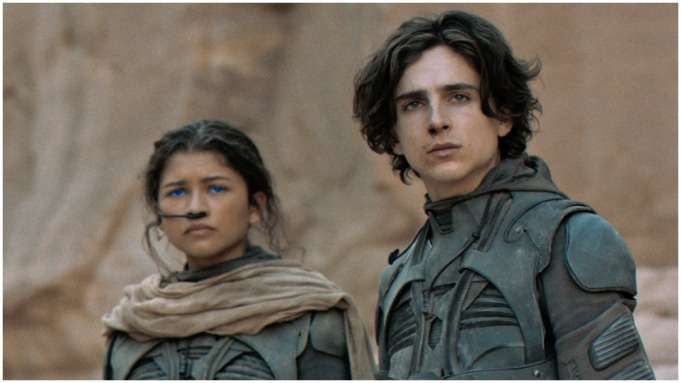 Dune is currently slated to arrive in cinemas and on HBO Max on October 22.