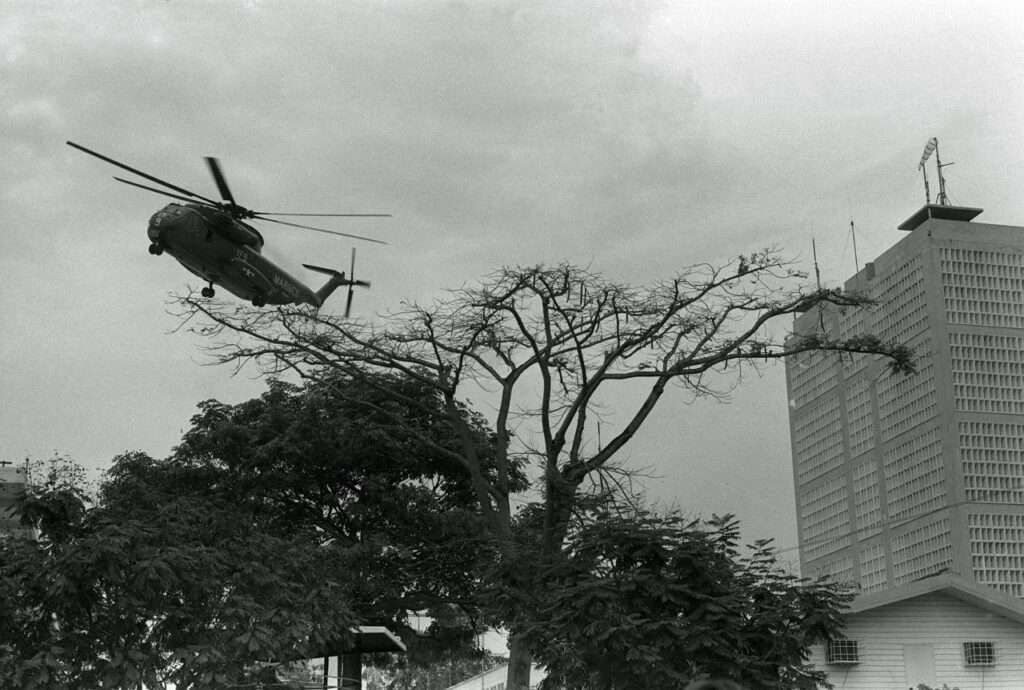 That’s not surprising.  Woke Hollywood doesn’t want you to know how good movies used to be.  Long ago they featured not only strong men and formidable leading ladies but also – get this – gender-bending supporting actors!

Sherman, set the Wayback Machine for 1982’s The Year of Living Dangerously. 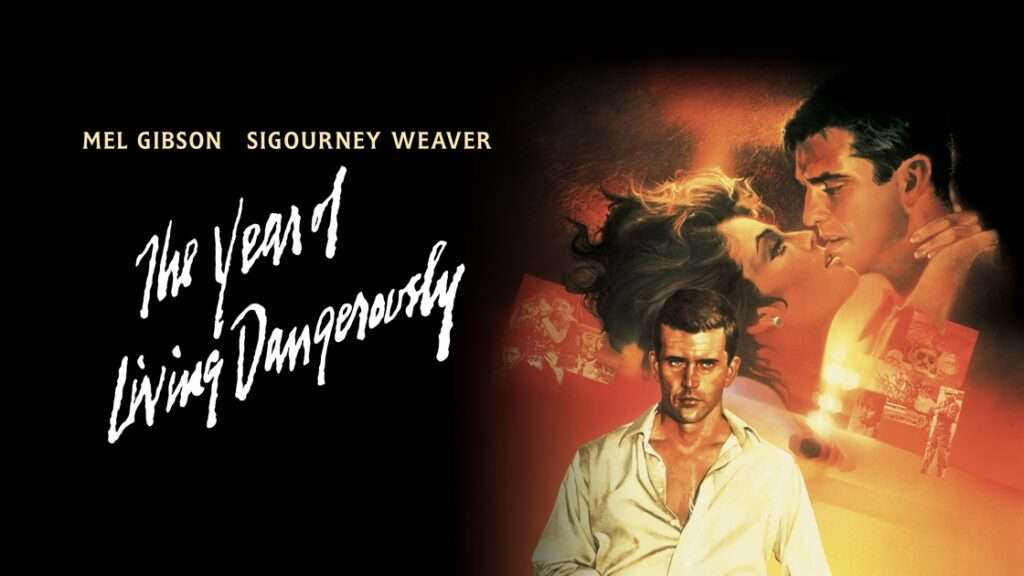 The Age of Moral Complexity

Once upon a time, Hollywood made movies that involved complex moral decisions.  Flawed characters had to choose between competing values systems, and this tension made the movies compelling and informative.

Now, of course, we’re in the Age of Woke, when there are no complex moral questions, just a series of rote recitations of politically correct dogma.  You can pretty much figure out how a movie will end by its casting.  There’s zero tension, and consequently zero interest.

But back in the day, things were different.  The Year of Living Dangerously is an exemplar of that era.

The story takes place in 1965.  The place is Indonesia, which is grappling with both Cold War tensions and post-independence economic pressure.  The Sukarno government has promised abundance, but its failure to deliver has left its supporters disillusioned.  The Communists have thoroughly infiltrated the country and are ready to strike.  Which side will the military take?

It is against this backdrop that we meet Mel Gibson as Guy Hamilton, an Australian journalist on his first assignment.  He is young, ambitious, and driven to get the scoop that can make his career.  Early on he meets Jill Bryant, a member of the British diplomatic staff played by the remarkable Sigourney Weaver.

Upon arrival, Hamilton is taken under the wing of Billy Kwan, a diminutive Chinese photographer.  Kwan shows him the press club (all of whom are alcohol-soaked perverts) but also the struggle for life in the slums.   He provides the essential backstory to get the plot moving. 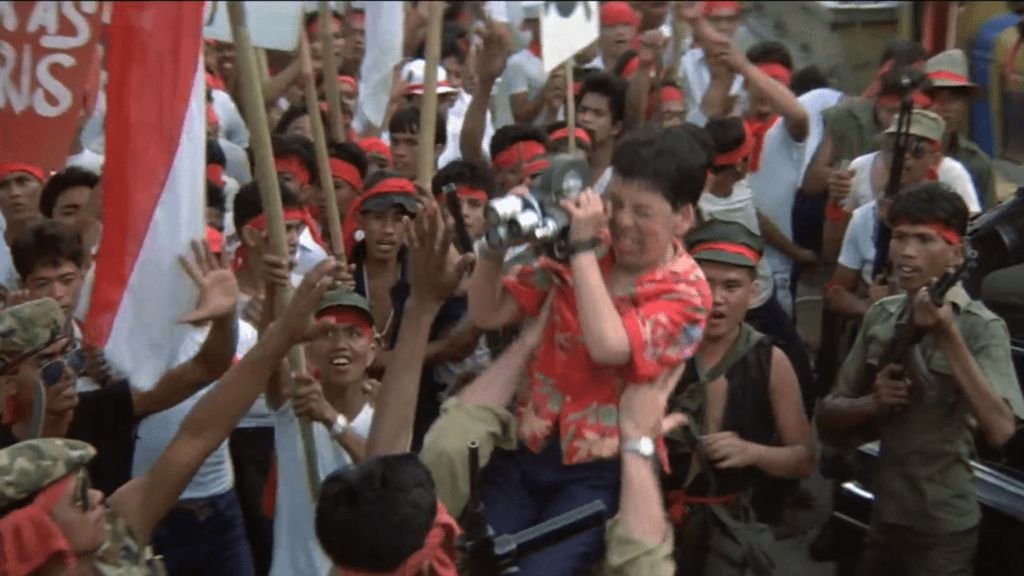 When Acting Was King

The movie is great to watch.  I’ve seen it multiple times and each time I pick up something new.  That being said, there is a sort of spoiler to it and it is this: Billy Kwan is played by a woman, Linda Hunt.

You’d never know it from the film.  She’s amazing and rightly won an Academy Award for her performance.  Once upon a time, that was the gold standard of acting – reaching beyond who you are to portray someone you aren’t.  At its best, acting emphasized the common humanity we all share.  If a white woman can immerse herself in the persona of a Chinese man, it’s proof that we really aren’t all that different inside.

Nowadays, this is impossible.  Everyone must be put into a tight ethnic, gender and sexual preference category and is expected to stay there.  It’s warmed-over apartheid, and it’s not only wrong, but harmful.  If – as Wokes tell us – there’s no way people of different cultures can ever understand each other, what’s the point of interacting at all?  I guess it’s back to mutually hostile ethnic tribes squabbling over grazing rights.

The Year of Living Dangerously is a welcome antidote to the present toxic atmosphere. 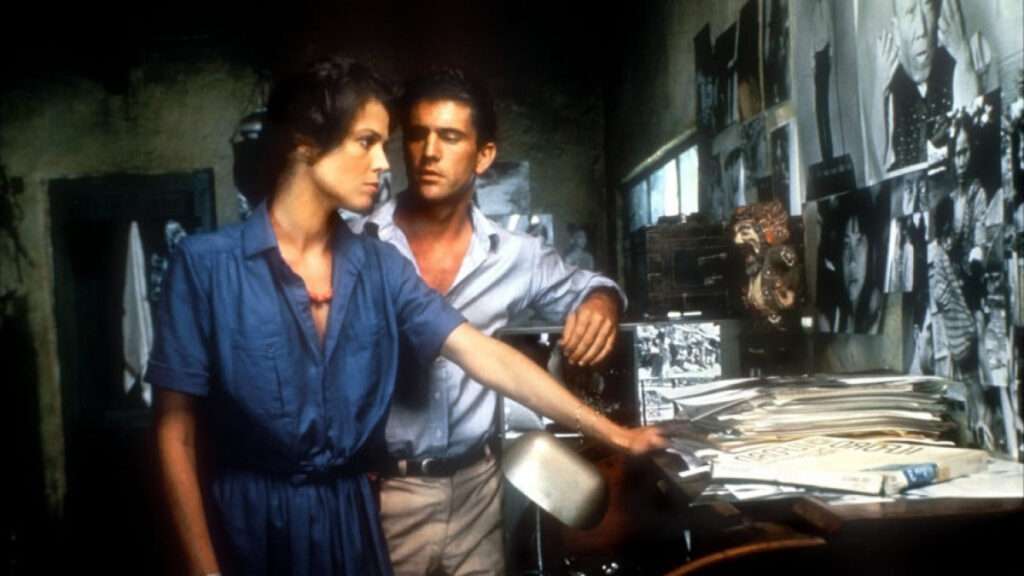 While Hunt is magnificent, Weaver also shows off her acting skills.  Her English accent is passable (she’s been in the foreign service, so one would expect it to be worn down) but her mannerisms are superb.

Yeah, I keep bringing up her iconic role in Aliens, but the woman has stage presence.  Once again, she is a strong woman (she works with the military attaché and has access to top secret material), but she is also vulnerable.  Indeed, it is that vulnerability that allows us to see her inner strength.  That’s a hell of a lot more realistic and relevant than swinging a laser sword or shooting death rays out of your eyes and pretending it makes you tough. 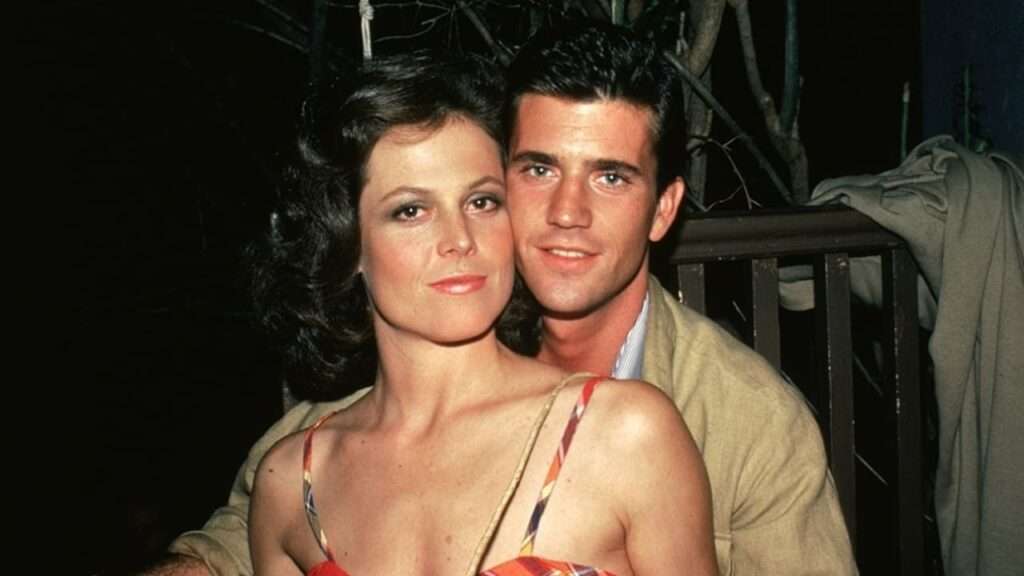 As I alluded to earlier, the situation in Indonesia is tense and as the story unfolds, there will be street violence, military repression and a hasty retreat to the local airport for repatriation.  All of these details are presented by world-weary diplomats, press flacks and Billy Kwan, who serves as the conscience of the story.  The once all-powerful Sukarno will yield to Suharto, who in turn will reign for decades, and was in fact still in power when this film was made.

The key point is that unlike the films of today, the politics never gets in the way of the story.  These are real people,  flawed but also brave in their own ways in trying to deal with a crisis situation.

That also used to be something of a Hollywood specialty – showing how ordinary people react to extraordinary events.

A big part of why Hollywood can’t tell that kind of story is that they have no actual experience of either normal people, or anything approaching true adversity.  Here again, the problem is that people write what they know, and our current generation doesn’t know much outside of sick burns on twitter.

Right now we’re in the middle of a similar crisis of legitimacy, and extraordinary events are taking place all around us.  That makes The Year of Living Dangerously more relevant than ever.