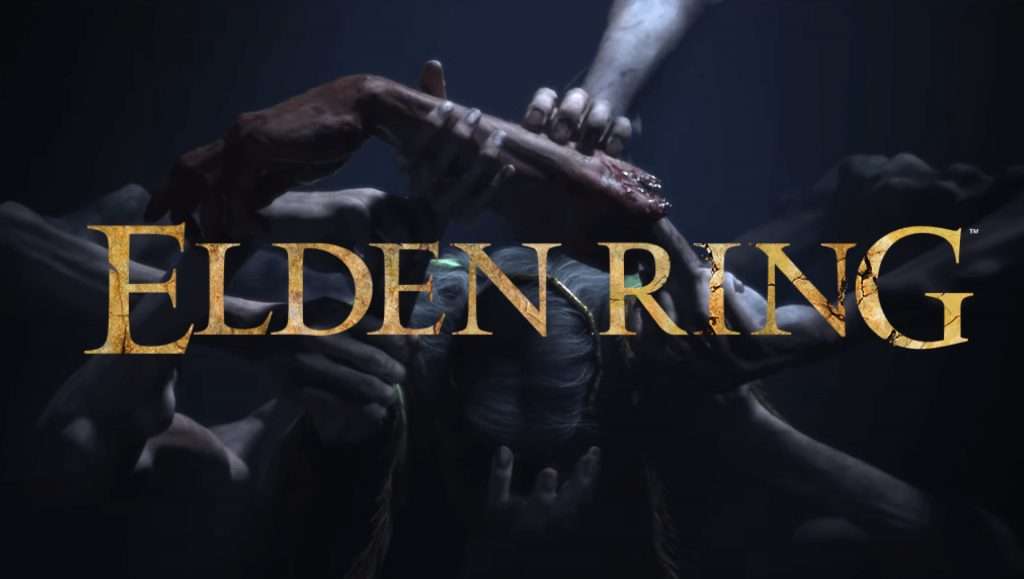 Following my deep dive into the appeal and history of the game Elden Ring for the Federalist, Bleeding Fool asked me to put together a fuller review of the game. Here is my analysis of the title and why I think Elden Ring will long be considered one of the greatest games of our generation.

Enter all ye courageous into the Elden Hold

Elden Ring is the open-world successor to the Dark Souls franchise, by From Software and published by Namco Bandai. If you have gamer friends then you know this is all we nerds are talking about As I covered in the Federalist, the sales figures are colossal and rarely precedented. As of this writing, this is the sixth-best game on Steam for sales of all time. If I had to guess, this game will eventually reach the stratospheric heights of success that Skyrim currently occupies, with a deep modding community and a release on every gaming platform imaginable. And it would deserve this every ounce of this attention.

For good reason, the title’s been in development since 2017 and is crafted by two of the top master’s in their respective fields, Hidetaka Miyazaki for game development and George R.R. Martin for lore and writing. But in a tangible way, this is a game that’s been in development as far back as 2009 with the release of Demon Souls for the Playstation 3. Created by Hidetaka Miyazaki, that project started initially as Sony’s hope as an Elder Scrolls killer. However, Hidetaka wisely understood that a middling-grade game studio with a small budget and limited time would never be able to rise to the occasion. Instead, he used the failing project to make the dark fantasy action game he’d always wanted to play, with a heavy focus on deep mechanics, serious difficulty, and a setting reminiscent of the novels he read as a boy. Demon’s Souls was something entirely new to the world of gaming; a game that relied on tight mechanics, deep RPG elements requiring item organization, clever multiplayer connections, and a design dedicated to giving players a deep sense of accomplishment via overcoming the game’s difficult enemies and stages. This new genre, the Souls-like games, were reminiscent of most games in the 1980s and 90s, when gaming meant learning and overcoming repeated deaths and failures. However, by the late 2000s gaming had primarily moved onto gritty shooters like the Gears of War series and simple quick-time events.

Now you might think gamers would flock to this refreshing of genre’s, but you’d be wrong. Demon’s Souls was initially a failure, with abysmal sales in Japan. Originally, Sony had no plans to release the game elsewhere, that is, until western YouTubers started growing popular demand for the game via word of mouth. Once Atlus helped publish the game in west, the title became a success over time, eventually going platinum. By that time, however, FromSoftware were no longer working with Sony directly, and Namco Bandai smelling something potentially massive, became partners on the legally distinct -the best kind of distinct – Dark Souls series.

From this came the spawning of three amazing Dark Souls games, a samurai title – Sekiro: Shadows Die Twice – and the Victorian spin on Dark Souls, Bloodborne, as well as board games, books, and a whole new game genre. In 2017, following work on Dark Souls 3 DLC, taking large inspiration from Zelda: Breath of the Wild, Hidetaka wanted to reinvent his game formula inside the open-world format.

Enter ye into the Elden Hold:

That gamble paid-off. In Elden Ring, FromSoftware has reinvented the Dark Souls genre, creating an open-world game that contains all the best elements of their efforts over the last decade, and is practically all of them combined. Few games are so polished and well crafted. It’s as if when FromSoft tried to reinvent the automobile they created the fighter jet.

The game mechanics are as deep as I’ve ever experienced in a game, with a strong peanut-butter-and-chocolate marriage between challenging action RPG design and a complex open-world title like the Assassin’ Creed series; mixing the best sandbox gameplay of Zelda: BOTW with the dungeon-delving of the best pen and paper DND session. However, unlike those open-world games, which have become a cluttered mess over the years, Elden Ring eschews the excess. There are no quest logs, pointless pick-me-ups. Everything here either works, or it isn’t in the game. Instead, he goes for the simplest of UI, removing the constant tyranny of triangles and indicators, allowing mystery back into the gaming experience.

Elden Ring features the most accessible aspects in the Dark Souls series yet. Hidetaka lets players connect with other humans as much or as little as they wish. So too has the game’s difficulty been given some leeway by allowing players to incorporate summons, utilizing spellcasting, and bringing over friends to accommodate the game’s difficulty. In Elden Ring, every boss and challenge are optional; you can go elsewhere in the open world and come back to try the boss again when you are stronger and better able to deal with it. As for the story, the sound and visual design look fantastic, featuring a Nordic-inspired viking age look, with an epic soundscape, and a graphical engine featuring realistic environments with quasi-animated cell look to its characters and enemies. Art design wise, this game continually impresses. It’s always exciting to discover each new enemy and piece of equipment. The new bizarre designs felt like a treat every time, as did reading the flavor text of the items giving you a glimpse into the past of this dark fantasy world.

And the game never breaks immersion and hits you over the head with an exposition bomb. It’s how video games used to tell stories, back in titles like Zelda on the original Famicom, where exploring the map felt like you were discovering important lost mysteries. 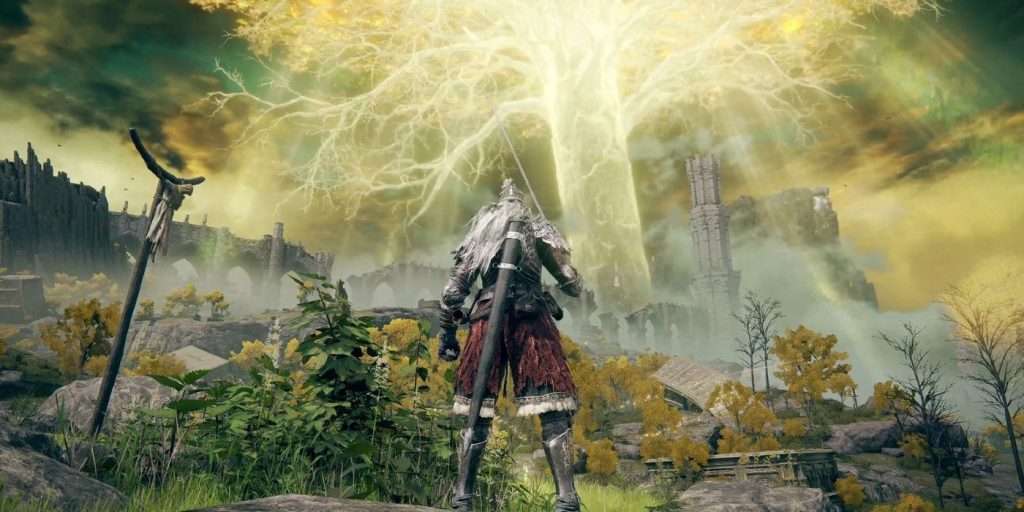 Games are different from other storytelling mediums. Where you have a passive relationship with a movie, book, or tv show, you are an active participant in gaming. As a medium, the artistry lies in the theme of its spirit, overcoming adversity. Elden Ring speaks to this spirit. In this adventure, you are a single savior in a world gone mad, the diminutive warrior willing to overcome hundreds, if not thousands, of deaths to restore the Elden Ring.

As the writer Erik Kain put it, it’s hard to describe this game. But I can tell you how it makes me feel. From the very start of the title, the game pulls you in, providing deep gameplay as you conquer undead soldiers and taunt ghastly giants, racing on your spectral steed across shadowy swamps while being trailed by a leathery dragon. In front of you lies cavernous castles, deep fortified grottoes, and a seemingly endless frontier for adventures. The result is that this game is entirely captivating in a way no other piece of media could hope to be.

I lost count of how many times while playing my Astrologer Eriduinë I had to stop to take photos and bask in the incredible beauty of this world. Like while I stopped to listen to an NPC in a broken shack playing a soulful melody on his violin. Nor can I tell you how quickly after a game session I longed to be back in the Lands Between; how I ached to escape this broken world, to go to Elden Ring’s. 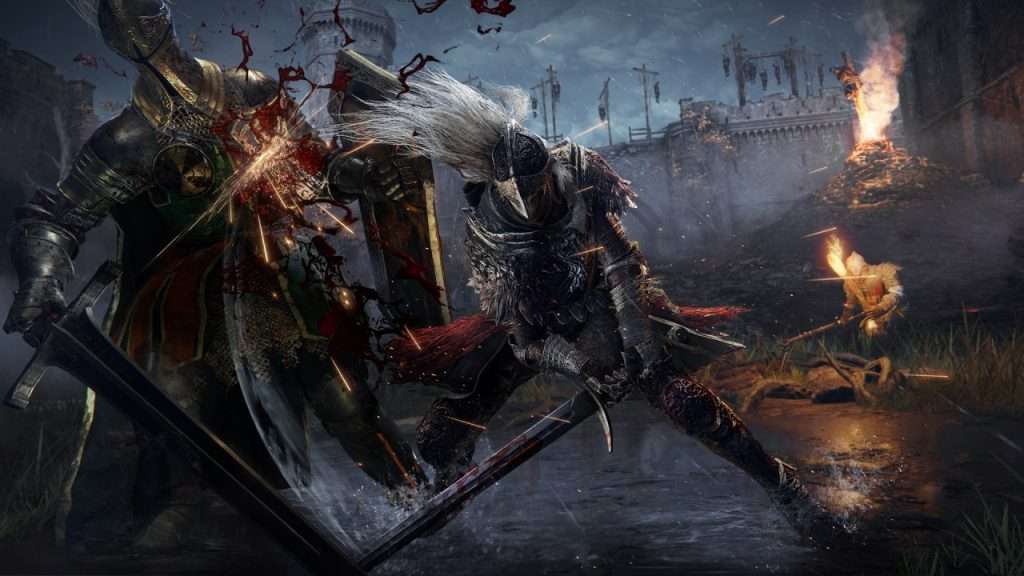 Considering the state of the world, our divided culture, and the threat of nuclear war, I will say that it’s hard to make me feel optimistic about anything in society today. Everything worth nerding out in the west these days seems to have been picked over by the media conglomerates and their activist crones.

But Elden Ring does the impossible. The game gives me hope. The fact that this project came to fruition despite every other open-world title becoming mush-by-committee; here, we get great work from an auteur. AAA open-world gaming, like Margit the Fell Omen, with endless Far Crys and Assassin’s Creeds had become too large and decrepit; too massive to tell a moving story and too stuck in game design for the lowest denominator to do try something new. Here in Elden Ring, there is proof indeed that there is still courage in Middle Earth in game design. It’s a damn fine game. So if you have desire to play video games whatsoever, I highly encourage you join us in the Lands Between.

Peter Pischke is an independent journalist and podcast host. He runs the Happy Warrior Substack, and can usually be found manning the Happy Warrior Podcast & YouTube Channel; providing commentary on Conservatarian politics and nerd-culture news and ideas. You can find him on Twitter: @happywarriorp or visit his website at pvpischke.com.