Deadlier Than the Male: Modesty Blaise (1966): Watch the Full Movie

Let me preface this review by saying that Modesty Blaise is NOT a good movie…but…it’s one I’ll end up watching if it pops up on late night TV.  It began as a British comic strip featuring a fictional character of the same name, and was created by author Peter O’Donnell and illustrator Jim Holdaway in 1963.

The film was directed by the pretentious US expat Joseph Losey (The Servant, Accident), Modesty Blaise was a self-conscious exercise in what the director termed ‘High Camp’ – using Peter O’Donnell’s comic strip heroine as hook to hang his various stylistic pop-art obsessions on.

And I have to admit, the picture looks good, with some stunning designs, costuming and locations.

The plot is next to non-existent, with Modesty (Monica Vitti) and sidekick Willie Garvin (Terence Stamp) after bad guy Gabriel, played by Dirk Bogarde in a white wig.

In what may have been a calculated effort by Losey to piss off fans of the comic strip, Vitti only very briefly wears Modesty’s iconic cat-suit. 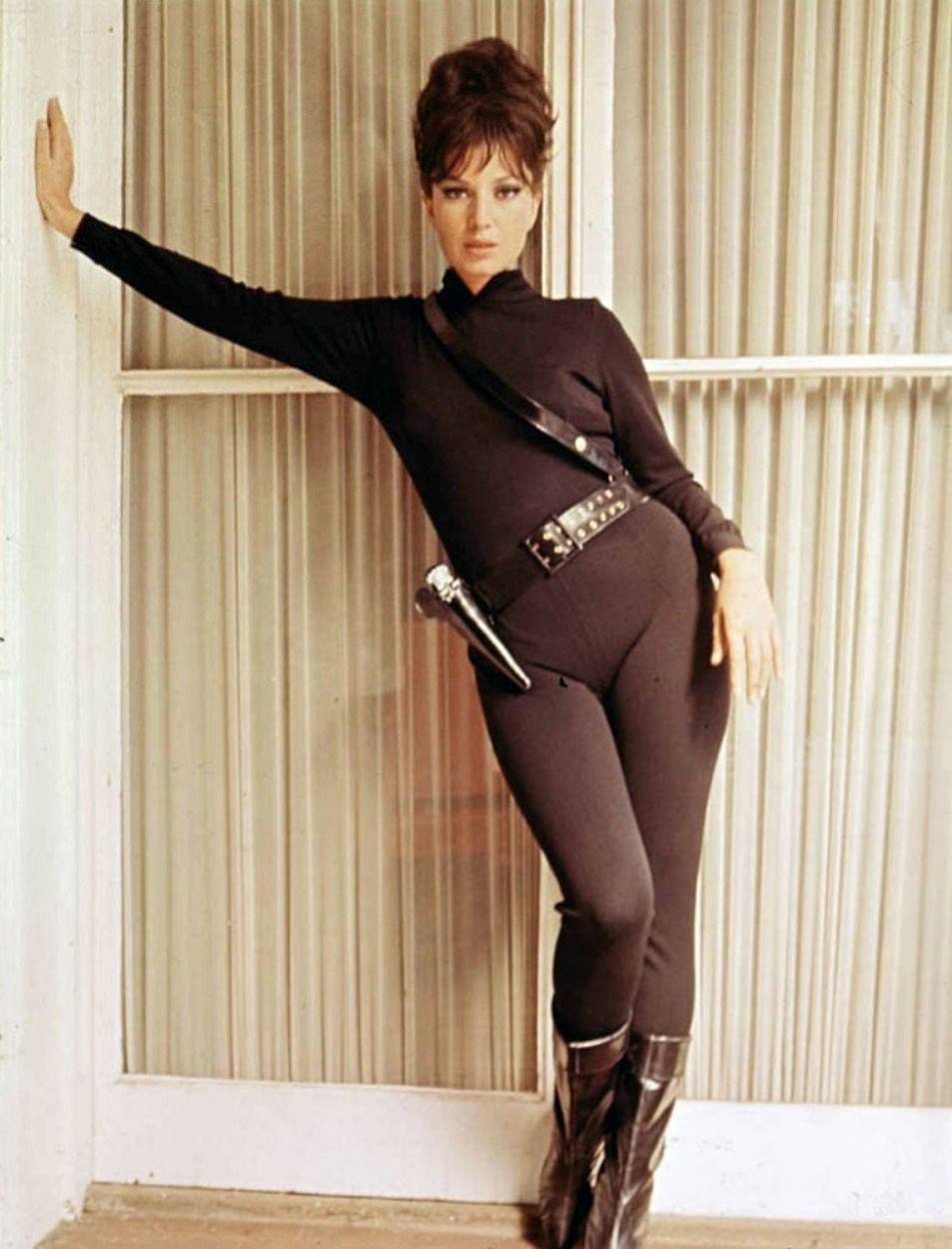 The humour is arch and forced, but there are some funny parts (to me), such as when Vitti and Stamp break into song (for no apparent reason) and Bogarde, buried up to his neck in sand, cries out for Champagne rather than water. Bogarde, who worked often with Losey, thought that Modesty was a piece of crap.

There have been a couple of efforts since to bring Modesty Blaise to the screen, in 1982 and 2003. Neither was much good.

But…maybe some wunderkind director will find a way to bring a genuinely enjoyable version of this female Bond to the screen.