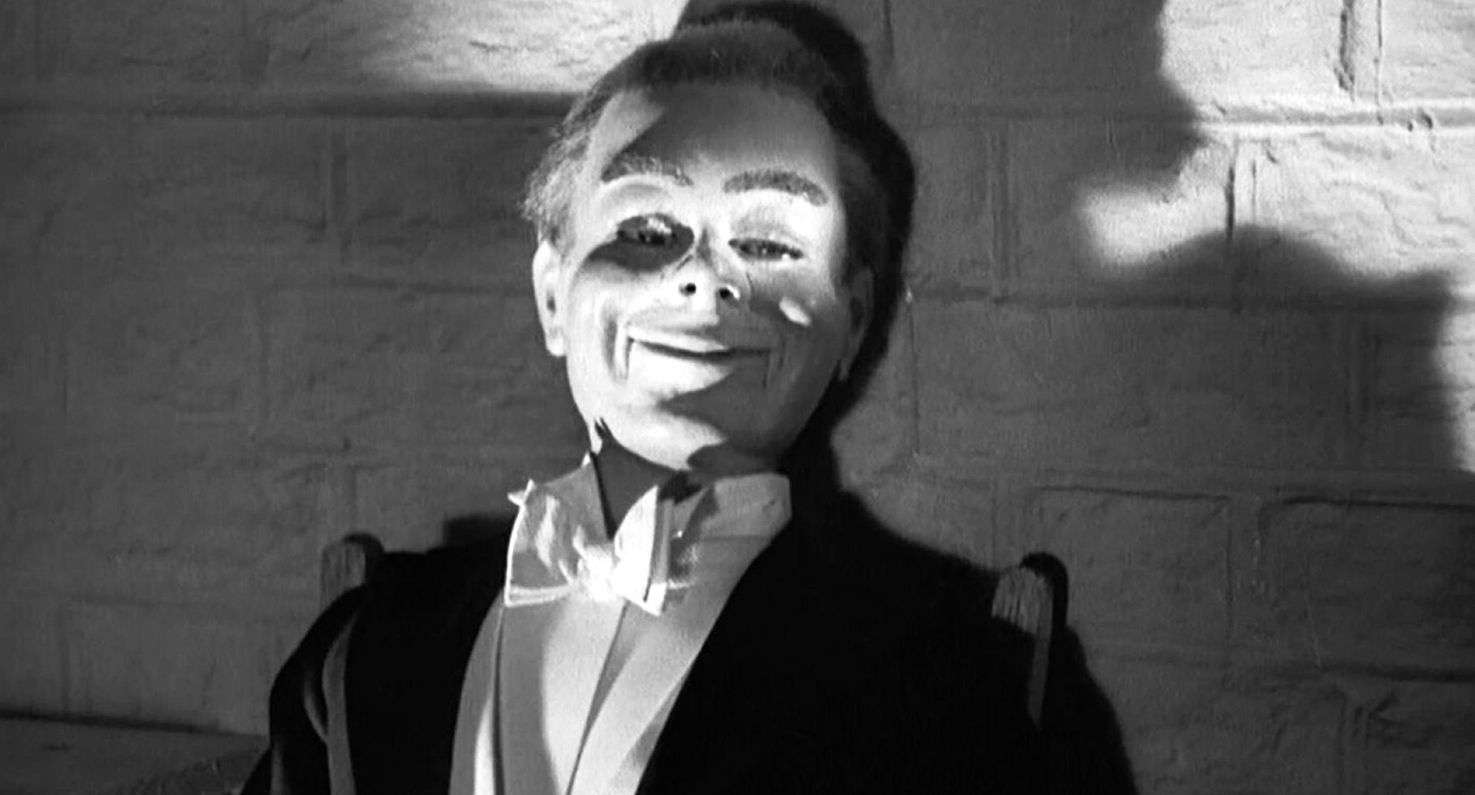 Who’d have thought that a movie released shortly after the end of WWII with a setting in the genteel English shires and snooty London clubs, peopled by plummy-accented middle-class types would still have the ability to give the viewer a very disturbed sleep?

But Alberto Cavalcanti’s (Went the Day Well?) Dead of Night is one such motion picture – at least for me.

The film has a circular, dream-like structure that some readers may recognise from their own experiences, when you find yourself unable to progress beyond a certain point and irritatingly keep returning to the same place.

Some stories in the movie are quite jovial, but the mood darkens considerably as it progresses, building to an unforgettable double-climax in the final tale (‘The Ventriloquist’s Dummy’) and the end of the framing sequence.

Anyone odd enough to possess a ventriloquist’s doll will probably contemplate binning it (outside the house) after watching Dead of Night.

That’s what I had to do to ‘Mr Roland’, anyway.

But…the persistent knocking near the bottom of my bedroom door the very same evening still perturbs me.

The picture features a gallery of British stars of the era, including Mervyn Johns, Googie Withers, Sally Ann Howes and Michael Redgrave.

From 1964; a story from original Twilight Zone and The Devil Doll: