I rarely see movies these days, because most are evil, stupid, disgusting, and, more unforgivably, because most are dull, but when bug exterminators drove me and several guests, including young children, from my house for an afternoon, we beguiled away the hours at the local matinee.

Great was our fortune, for we saw a showing of DC League of Super Pets. It was charming, but not deep, with one or two moments of sincere emotion, much lighthearted fun.

Yes, there are the obligatory leftwing sucker-punches or public service announcements in favor of unsightly sexual perversion, but these are minor and few. Nonetheless, they are there, so please find the Chinese or Arabian cut of this film, if it exists. Why the filth is edited out for our enemies but showered on our children, I leave for the reader to deduce.

You have to love dogs to love this film, and you have to think stupid dogs are lovable. Since this is most of humanity, the film should do well. 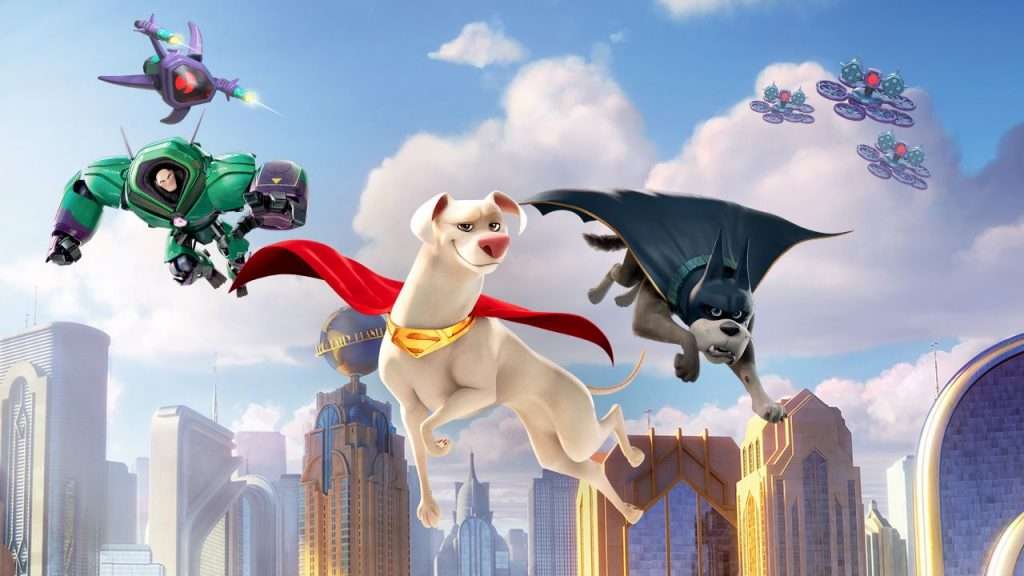 It comes as no surprise to fanboys that the League of Super-Pets is canonical to silver age DC comics. Almost.

Yes, True Believers, there was indeed a line-up of pets who were inducted as an auxiliary to the Legion of Super-Heroes of the 30th Century (now the 31st). It consisted of Krypto the Super-Dog, Streaky the Super-Cat, Beppo the Super-Monkey, and I cannot for love or money remember the name of the Super-Horse.

But I think he was a magic centaur horse that turned into a human due to a curse at certain times of the day or something, or due to the approach of a magic comet.

Flying to the electronic wonder of the Internet, I see on Wasteoftime.Wiki.Com that his name was Comet. He was Supergirl’s pet horse from the future, and, while in his human form as Bill Starr, her boyfriend. Comet also had a brief romance with Lois Lane in her comic book. Pure silver-age Supergirl goodness, dontchaknow. No one cares about Streaky and Comet and Beppo, however. Tossed on the ashheap of history, they have been replaced by superpets meant to line up with the Justice League, including an invulnerable dog, a superspeed nearsighted turtle, and electroblast squirrel, and a pig with shrinky-growy powers a la Ant Man and Giant Man. The premise of the film is that, as baby Superman was rocketed out from the dying planet, Krypton, his puppy, Krypto, leaped into the spaceship just as the airlock was closing, vowing to guard and protect the infant orphan. The scene was a clever homage in setting, lighting, and musical theme to the parallel scene in the classic 1978 motion picture with Marlon Brando.

In the modern day, superdog and superhero are best of friends, fellow crimefighters, but as Clark Kent inches ever closer to proposing marriage to Lois Lane, Krypto the dog is overwhelmed with jealous fears that she will replace him as Superman’s Best Friend, and she will eat from his doggie bowl and play with his chewable bat-marketing squeeze toy, and so on. 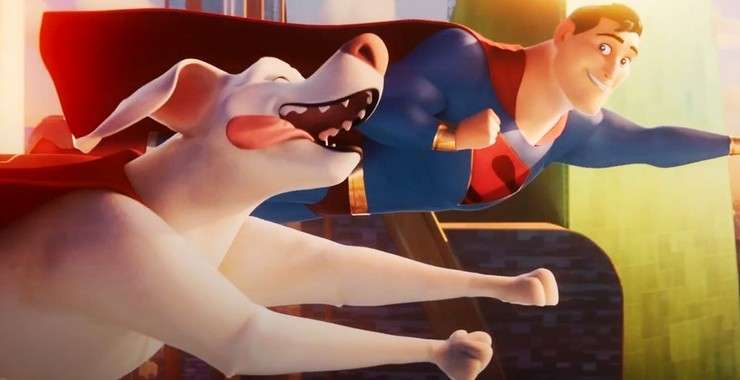 Krypto consults the recordings left for him by his long-dead space father, Dog-El, whose wise counsel tells him to snap out of it. Or something. This was a funny bit, as was seeing Krypto in his earthly disguise, wearing glasses, called Bark Kent. Worried for his four-footed friend, Clark visits the local animal rescue shelter, where the misfit animals, ignored in the corner, will never find new homes, because kids always pick cute kittens. The unofficial leader of the band, a mastiff named Ace, tries to rally their spirits with tales of a beautiful farm upstate to which he will take them, once their jailbreak is consummated.

Clark hopes to purchase a fit friend for Krypto, but all goes awry when the superdog, in his role as crimefighter, halts the escape attempt by Ace. 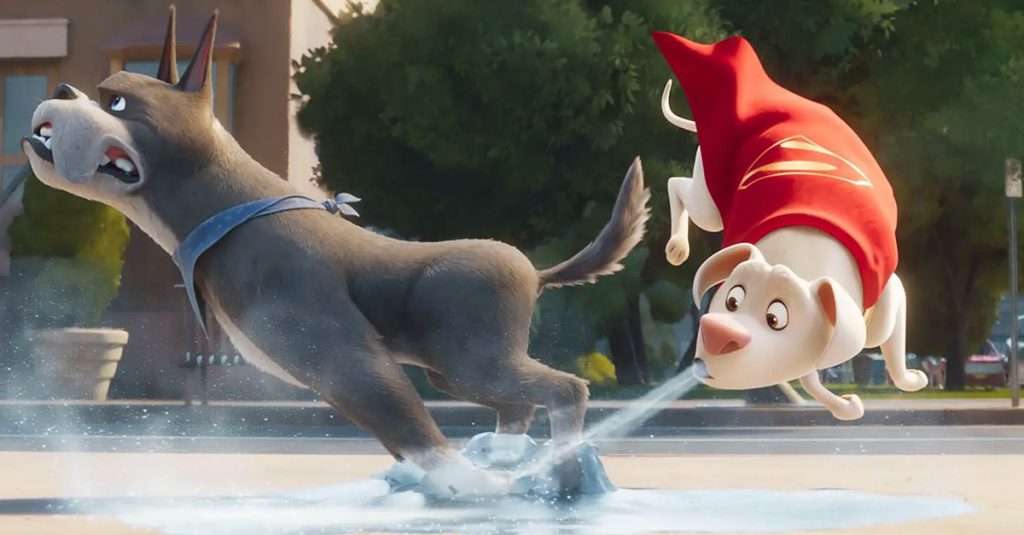 Unbeknownst to the other unwanted pets, one of their number is a bald and super-intelligent guinea pig named Lulu, once experimented upon by a bald and super-intelligent Lex Luthor, then abandoned. She is constructing a tractor beam weapon in her cage using spare parts and oddments collected from the animal shelter. Her plans are not to escape to an imaginary farm, but to rule the world together with her idol, Lex.

Her opportunity comes when Lex Luthor attacks Superman and the Justice League by luring a giant meteor of orange kryptonite down from space, in yet another homage, this to the “Magnetic Telescope” episode of the Max Fleischer Superman short feature released in the theaters in the 1940s. In short order, Lulu’s plan succeeds where Lex’s fails; she grants herself superpowers, captures Superman and the Justice League, and robs Krypto of his powers. The animal shelter pets are granted superpowers, including Ace, who must be convinced against his will to aid the now-depowered Krypto to rescue Superman. Opposing them is an army of super guinea pigs empowered by Lulu. Super-highjinks  ensues. 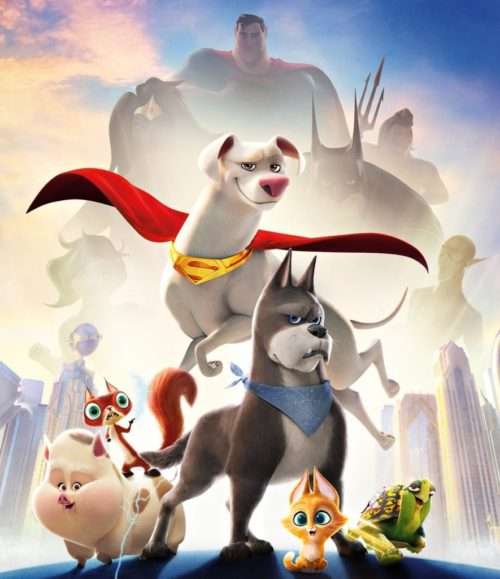 Of course each member of the Justice League ends up with a super-pet. What else?

There is many a comic schtick and more than one heartwarming moment in the film. Little bits of comic book trivia, there only to please lifelong fans, are included. One of my sons recognized the Bathound by name even before he donned his Dark Knight Dog cowl. 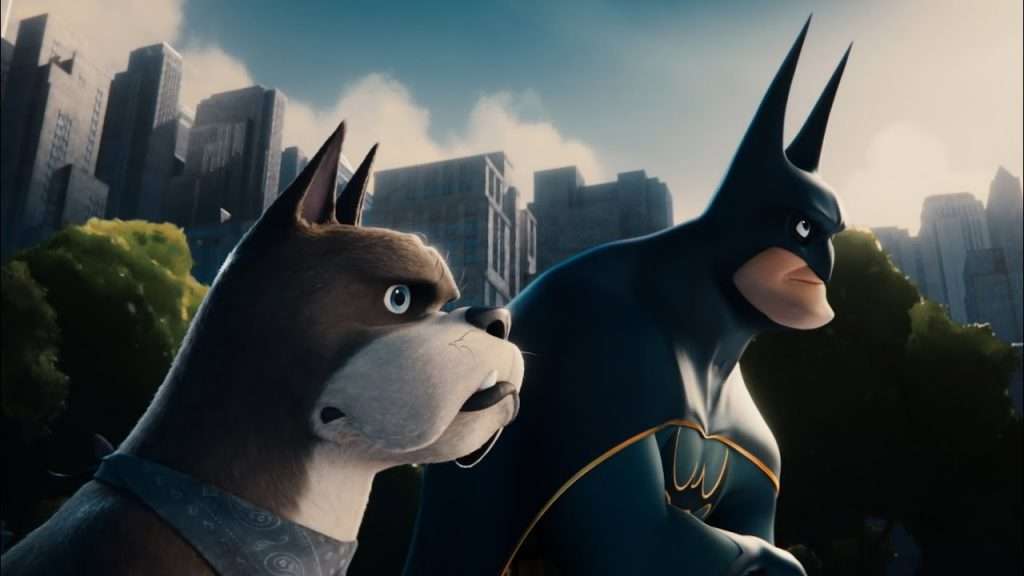 The interaction between the Bathound and the Batman is classic, as is the joke about millionaires and skyscrapers that foreshadows the first climax of the last act.

Also, seeing a dog bump his head into the parked invisible jet of Wonder Woman made me smile: I have a simplistic sense of humor.

Again, seeing a dog save a child from a tumble downstairs, but wrongly accused of biting her, leading to his abandonment, and yet hearing his matter-of-fact submission to the injustice as a necessity made me misty-eyed: I have a simplistic heart. 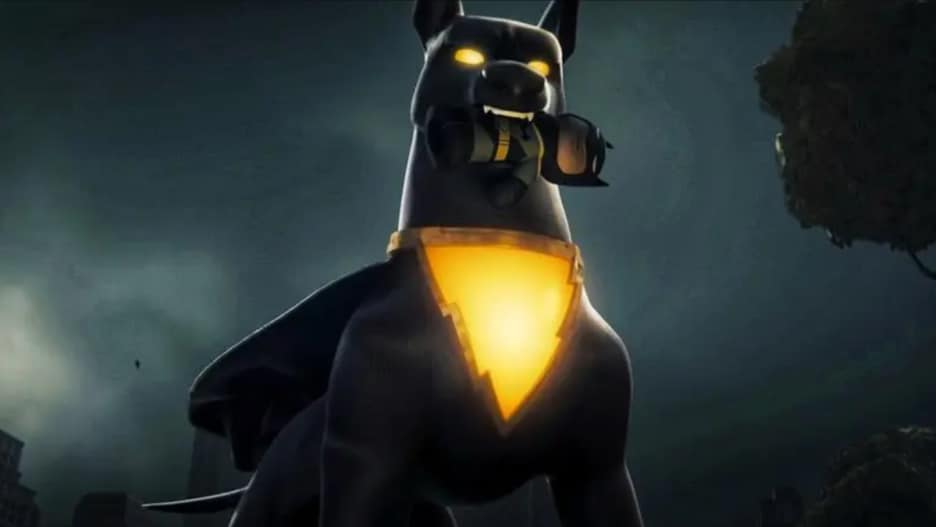 I should pause to compliment the voice acting, which was seamless and top notch: Keanu Reeves voiced Bat-Man and Kevin Hart voiced Ace the dog. 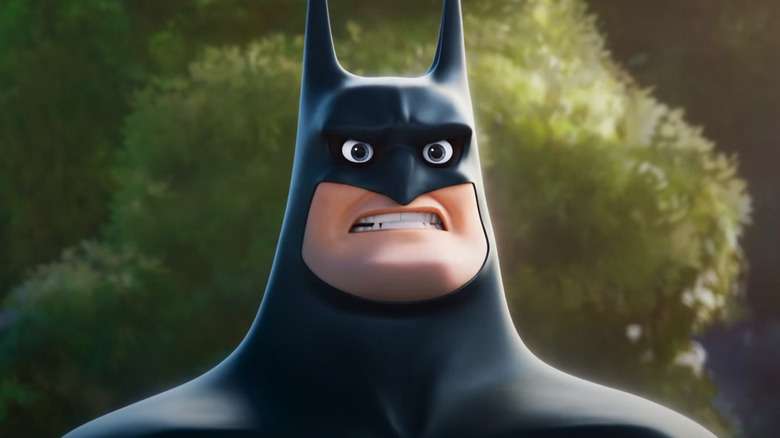 The visual designs for iconic characters were exaggerated for comic effect, while remaining true to the source material, for which I was glad.

The decision to have the Green Lantern not be Alan Scott, nor be Hal Jordan, nor be John Stewart, nor be Guy Gardner, but instead to be Jessica Cruz of Earth Three was annoying, unsightly, and indefensible, because it reduces one of the iconic heroes of the Justice League to an obscure diversity hire.

This is Jessica Cruz in the film: 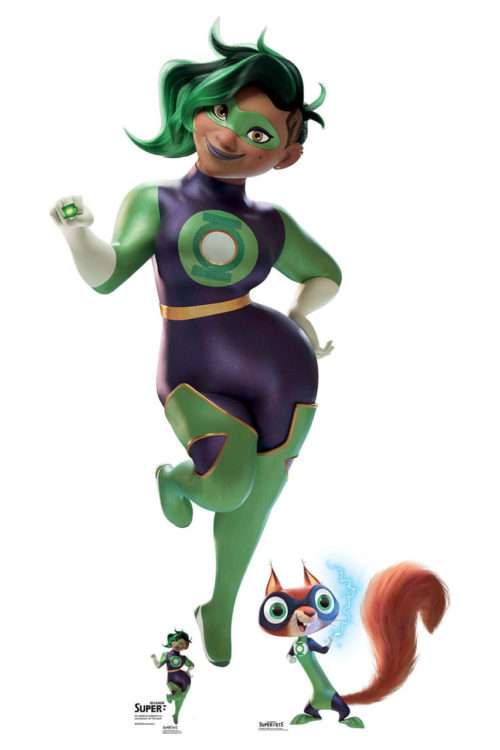 This is she in the comics: 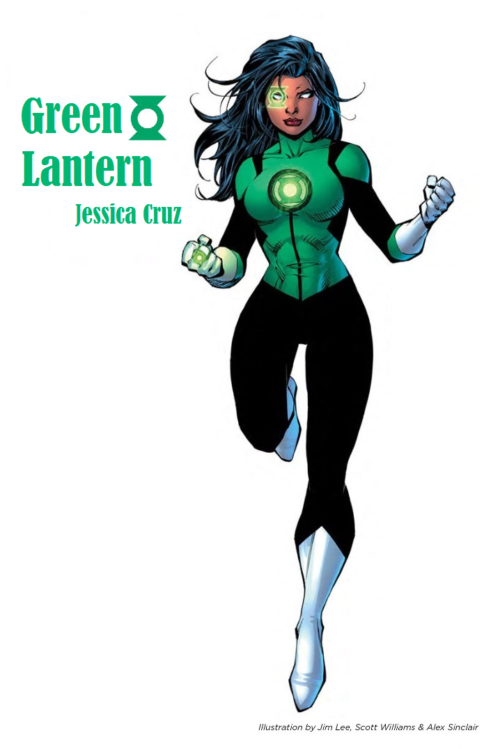 For some reason, she was not drawn like the Olympian athlete hourglass-figure supermodel as she appears in the comics, but as a dumpy, squat, thick-thighed balloon-butt with purple lipstick and freak-streaked half-shaved hair. But she has few lines or none, and little screen time, so this thumb in the eye of fans can be overlooked.

The drawbacks indeed are so few, and so pointless, that one wonders why they were included at all. The mere fact that Hollywood can make entertaining and charming family fare and choses not to do so is a scandal and an outrage, and merits more than boycotts and protests to correct.

I would like to recommend this film, honestly I would, but I wonder about the morality of funding obnoxious and silly enemies of all that is good, beautiful and true in the universe. 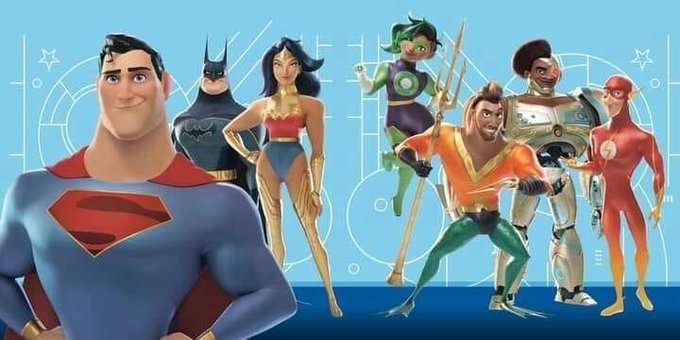 That said, the good in the film far outweighs the bad.

The plot was well constructed and paced; the action seemed exciting without being too violent or strange for children; the sexual perversion ads were kept to the legally mandated minimum. Much to my surprise, the centerpiece of the plot was a marriage proposal between one man and one woman, each of one sex, and of the opposite sex to the other.

And the dog is portrayed as man’s best friend, on earth or off.