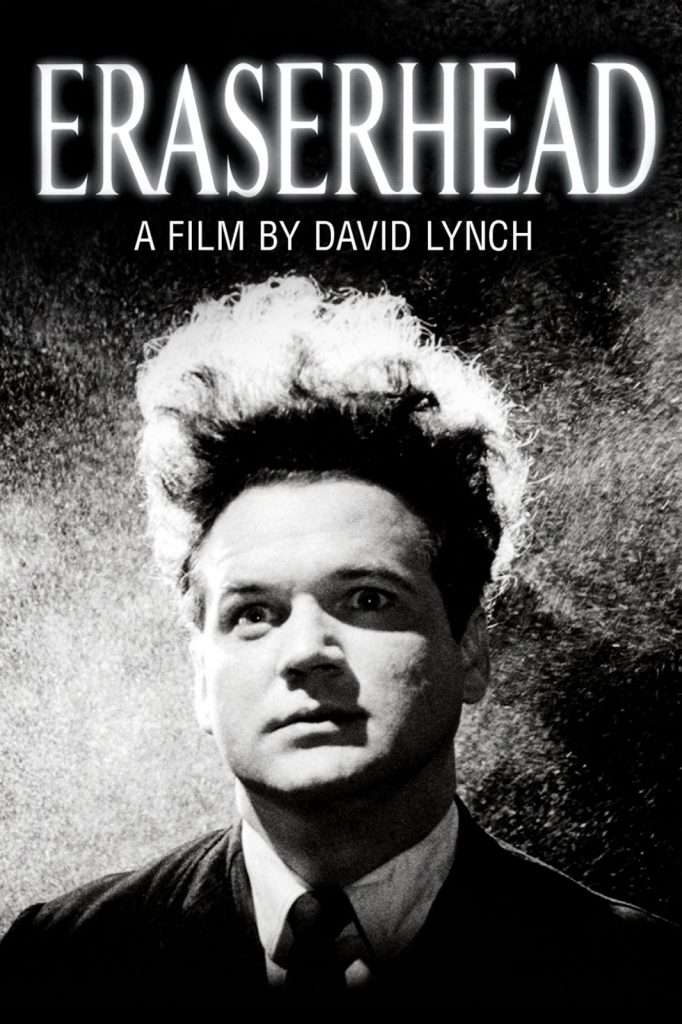 #4 in my definitive ranking of David Lynch’s films.

This represents some of the absolute highs and absolute lows of independent production. Judging it purely by the end result, David Lynch’s first film is a searing, personal portrait of a specific idea, completely unencumbered by committee decisions driven by nervous studio executives, worried about the film’s salability. On the other hand, it took Lynch five years to complete the film because he couldn’t find steady financing, delivering papers throughout the extended shoot in order to simply survive. The effort really did pay off, though, with a surrealist abstract film about the fears of early fatherhood and responsibility.

Henry Spencer is a Chaplinesque loner in the hellish post-industrial landscape in which he lives. His apartment is tiny, sparsely decorated, and crummy. Across the way lives an attractive woman who tells him that a girl named Mary called, inviting him to dinner at her parents’ house. The dinner is a strange affair (like most of the movie) with man-made chickens that move when cut and a pair of parents who are completely dominated by strange personality tics. There, Henry learns that Mary has given birth to a child (even though Mary insists no one is sure it’s actually a child), and it must be Henry’s. He must marry Mary and take his responsibility as a father. 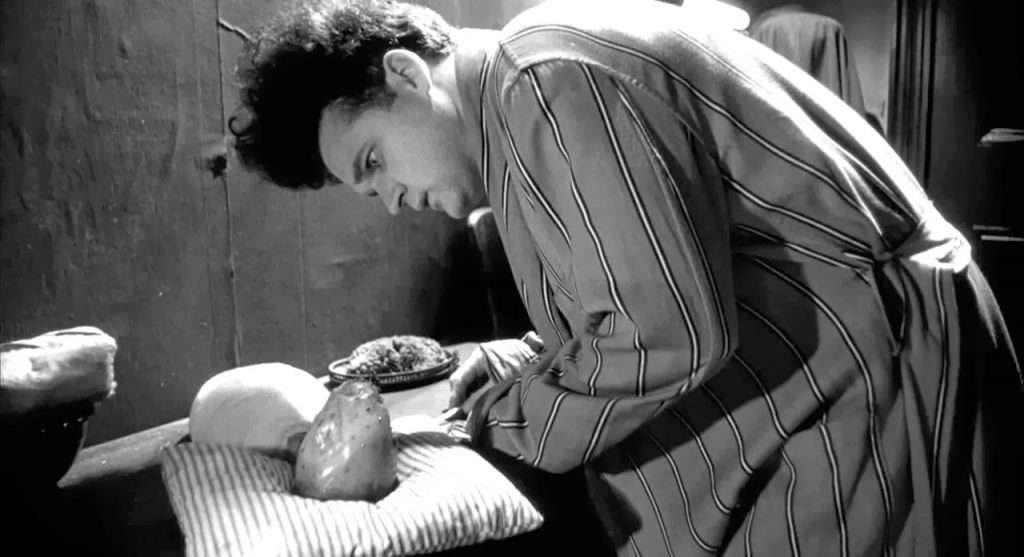 The rest of the movie is built off this idea that Henry has been forced into a situation that he doesn’t want and may not even be responsible for. He never answers Mary’s mother when she demands to know if Henry has had sex with Mary. Did they? Maybe. 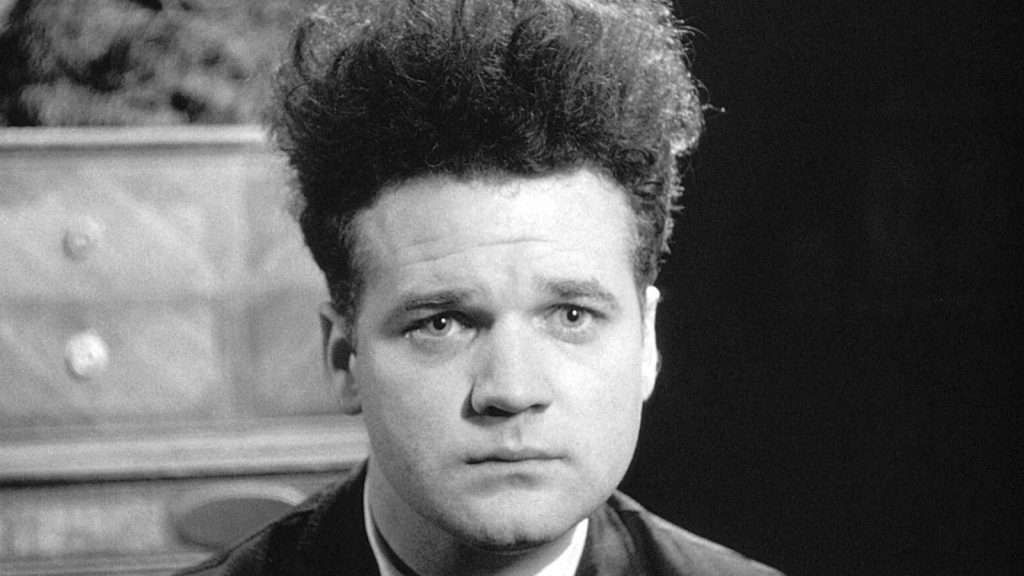 The baby is the visual standout of the picture. Not an actual human child, possibly made from a rabbit carcass or maybe a baby cow, it’s a slimy alien-like head attacked to a tightly swaddled body by a thin, rubbery neck. It remains in one place, eating from a spoon when fed but mostly crying. I first saw this movie long before I had children. Now that I’m finally revisiting it after having a couple of kids, this makes more sense to me, in particular the screaming child through the night. Mary simply cannot take the constant wailing from the weird creature on the other side of the room, and she runs back to her parents’ house, leaving Henry alone with the child that, honestly, may not even be his. Alone, Henry’s perception of reality begins to fracture and the surrealist images of Lynch’s imagination begin to take over. He makes love to the attractive woman across the hall in his bed that has developed a large, liquid filled hole at its center that swallows both of them up. He sees a lady in his radiator with bulging cheeks that dances back and forth singing “In Heaven” while stomping on sperm-like creatures that fall from the ceiling. His head falls off, falls to the ground, and gets taken by a small boy into a pencil factory where his brain gets used for erasers. 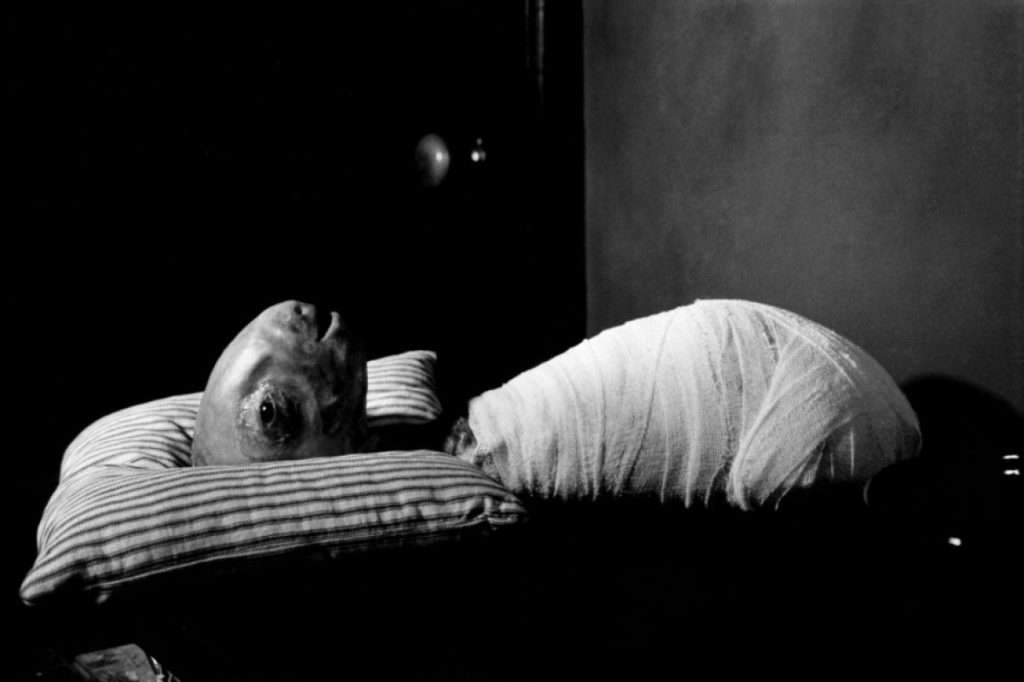 All of this can end up feeling like random images untied to anything if you’re not paying attention, but what Lynch is doing is keeping the story and focus grounded in human experience and emotion while expressing the ideas and emotions in strange, dreamlike ways. The movie is filled with images of sickness both industrial and biological (the baby suddenly developing sores, for instance) mixed with sexual images all pointing towards Henry’s very real and obvious concerns about fatherhood. You don’t need to read about Lynch’s scary life with his wife and daughter (who was born with clubbed feet) to connect the dots here. Lynch has a negative opinion of industrialization as it effects the individual, and as a young man surrounded by the sickness of pollution, he wonders at the wisdom of bringing a new living person into the world. This is abject fear of subjecting another person to a world he sees as in ill health with no way out. 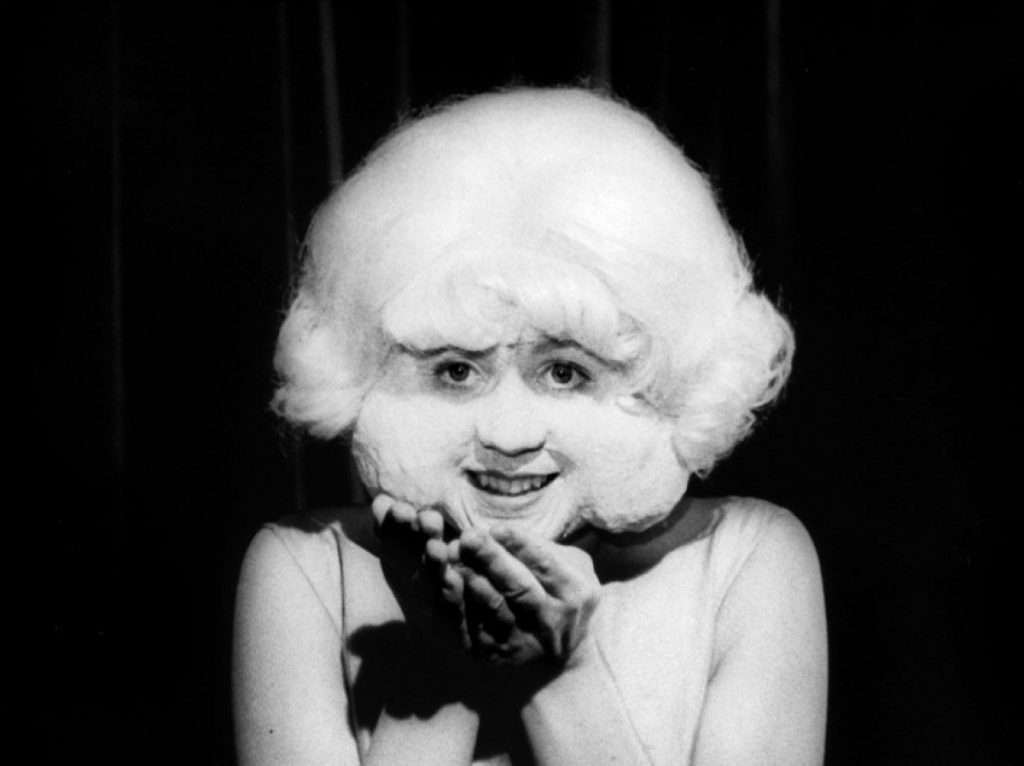 The path that Henry takes ends in a sickening place. Perhaps out of curiosity or malevolence when it laughs at his sexual inadequacy with the woman across the hall, he cuts at the swaddling of the baby to reveal that the swaddling was effectively the baby’s skin, exposing its innards before its head expands to gigantic size, consuming the free space in his room. The final twenty minutes of the film are essentially an extended nightmare sequence, and because it’s so tied to Henry’s fracturing emotional state it remains relevant to the overall story. It’s not just a random series of images, but an extension of the small character driven story at hand. 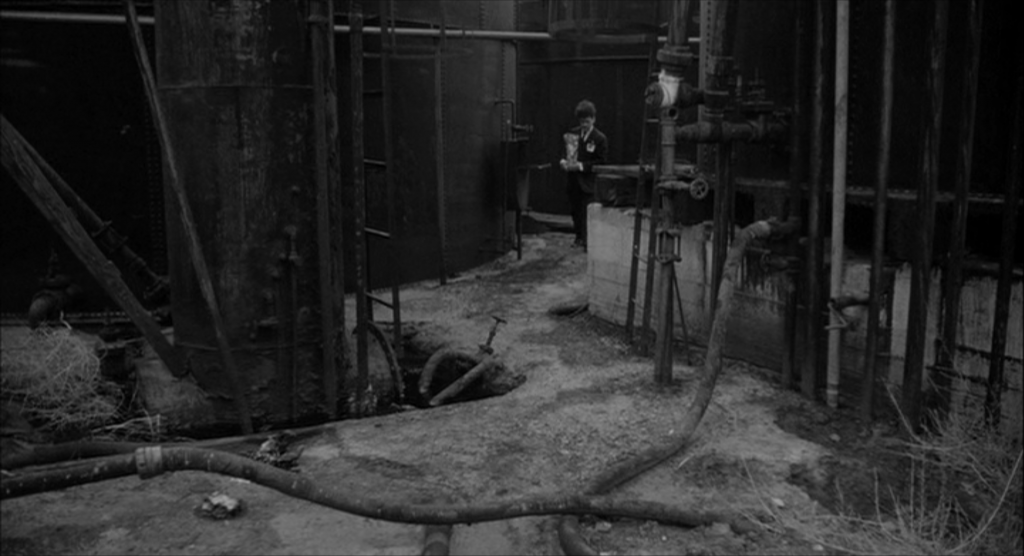 Jack Nance is kind of wonderful as the befuddled and chronically passive Henry. Having a passive main character is always a risk, but when that passivity becomes the point, all you really need is to keep the performance interesting, and Nance brings that. He does so much with his eyebrows, tongue, and voice when both speaking and silent, conveying incredible and comical frustration that helps balance out the more severe ideas and surrealist elements. The rest of the cast never really acts realistically, perhaps the most so would be the woman across the hall, but she’s hardly a character. The most fully realized characters are Mary and her parents, and they are extreme examples of caricature in motion. The perpetual and odd smile on her father, the weird overbearing nature of her mother, and Mary’s nearly constant fragility to the point of breaking help isolate Henry even further. The discomfort is the point, and the unnatural performances of those around Henry help that. 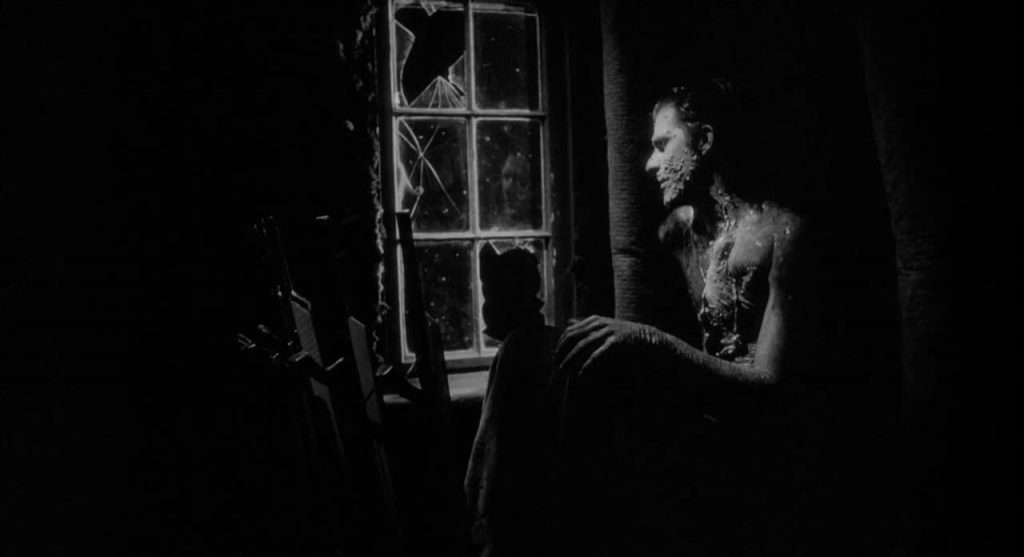 This is an incredibly clear-eyed vision, free from commercial concerns and allowed to gestate for years during its troubled production, coming out as a complete whole with incredibly strange sights and sounds that never feel disconnected from the core story. Abstractions and surrealism aren’t everyone’s cup of tea, and they’re really hard to pull off while keeping the narrative relatable, but David Lynch managed it with aplomb in his first feature.