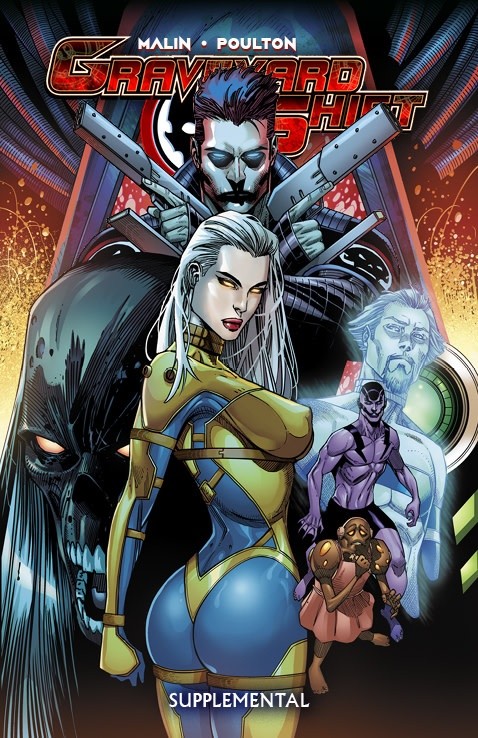 Proving that crowdfunding comics is the new model for indies, I’m continuing my week of Mark Poulton crowdfunded books as I talk about the follow up to Graveyard Shift, Volume 2 and the Supplemental book!

Volume 2 is a VAST improvement over Vol 1, mainly due to the fact that they cut the fat and just dive into the action! We lead straight into the main fight with Van Helsing, Mick betraying the team due to their own betrayal to him, Dracula shows up, AND we finally get resolution to that fish man guy we saw swimming around…OH and Cthulhu shows up! Cause Everyone Loves Cthulhu!

Seriously it’s all action, better character writing (the love triangle stuff though is still problematic but it’s still better here than in Vol 1) no needless deaths. The characters feel like heroes, and even when they’re not we have some explanation to why that is. It all ends on a somber note as well which leads into the Supplemental book! 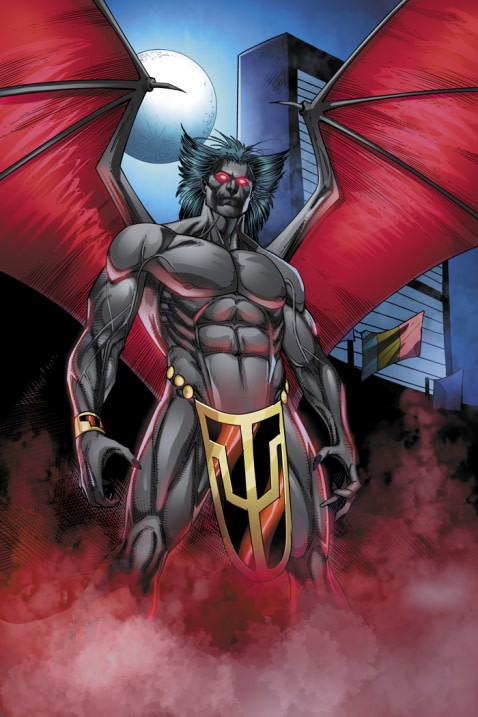 The Supplemental book is made up of three stories, first is an epilogue written by Shinobi Sasquatch writer Cal Jameson where we get more characterization to the two who got the least of them all…Mick and the fish guy (Sea Urchin) and we FINALLY get more context to the Love triangle that wasn’t entirely made clear throughout the main volumes. And I gotta say this was well written AND really needed after the action fest and fast pacing of the first two volumes. The artwork by Rendercontender was well done too.

Next is Killer99, a side story written by Monster MD writer Von Klaus and drawn by Todd Mulrooney. This story is such a throw back to the slasher movies (Particularly Friday the 13th) as we set up a Jason like killer who was created by Project Wromwood (same project that made Graveyard shift) and, well if you’re a horror fan you’ll love this. 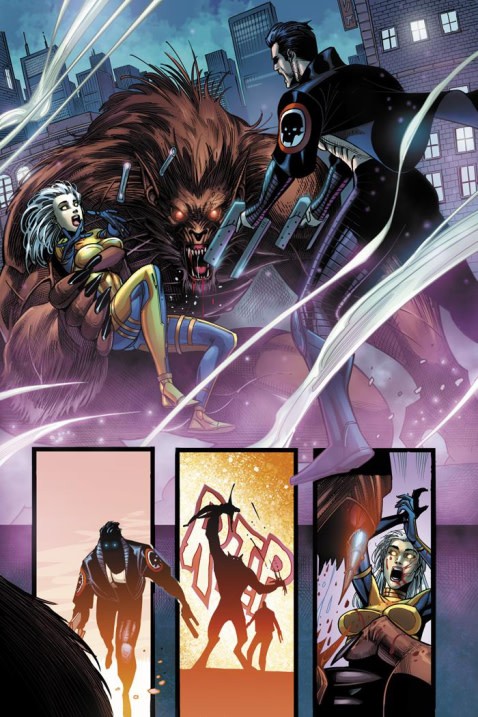 Last is a story by Mark Poulton and artwork by USAssassin artist Mike McMahon that is both a crossover with Lonestar (returning the favor from Mike Miller doing Monster Hunt) but other cameos as well (Shinobi Sasquatch (What a shock), Brutas, Black and White, USAssassin, and a hint at Codename Killswitch) AND we see Killer 99 and a team of other, again most modern monsters/slasher inspired, creatures as they ambush and attack Graveyard shift! Who are this new team? And how does this story lead into Vol III? Well come and check out.

Like I said, these two books were SO Much better than the first one was on all counts! The characters are all very well-rounded this time around and the artwork is still amazing! The supplemental book is practically required reading as it too is so well handled! I cannot recommend this enough and I look forward to Vol III’s campaign! Tune in tomorrow as I go over the last of the books I got with USAssassin!