I’m back again with a new crowdfunded comic! This time, the newest volume of Doug TenNapel’s retelling of the Earthworm Jim video game! And, once again, as with most of Doug’s prior work, he continues to set a new standard for crowdfunded comics!

Picking up immediately after the last volume, we see Princess What’s Her Name, Farmer Jim, Peter Puppy, and Snot, all still mourning the death of Jim…or at least the death of his head. The Princess is trying to fit in and, thanks to Farmer Jim, she finally gets a proper name! Launa! 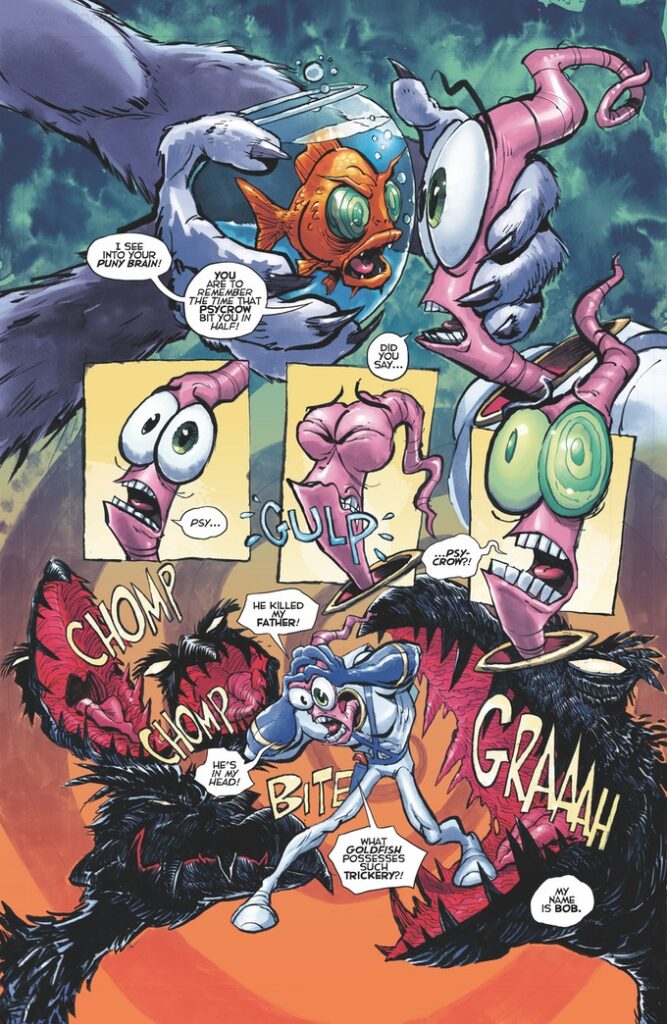 But not all is right for them as Bob the Goldfish and his cat Minions all attack and Kidnap the princess! During the fight…JIM returns! Turns out, after being bitten in half by Psycrow last game, he grew a new head thanks to the fair dust in his suit. The fate of Psycrow is still unknown but, more importantly, there is a major downside to Jim’s resurrection!

Mainly…this isn’t the same Jim we saw in the final act of the last volume. That Jim is truly dead! But this one…this one half one of Jim’s two brains still intact…and unfortunately that one is the brain that focuses on defense. Hence why Jim is more likely to be afraid. And, wouldn’t you know it, it’s being afraid that allows Bob to take over your mind!

Anyway, the rest of the book is a major prison break out as truths are revealed (like who are the Princesses real parents), the secret origin of Bob the Goldfish, Jim Conquering his fears!, etc etc! This book is that well written that it can juggle those different plot threads and not miss a beat! 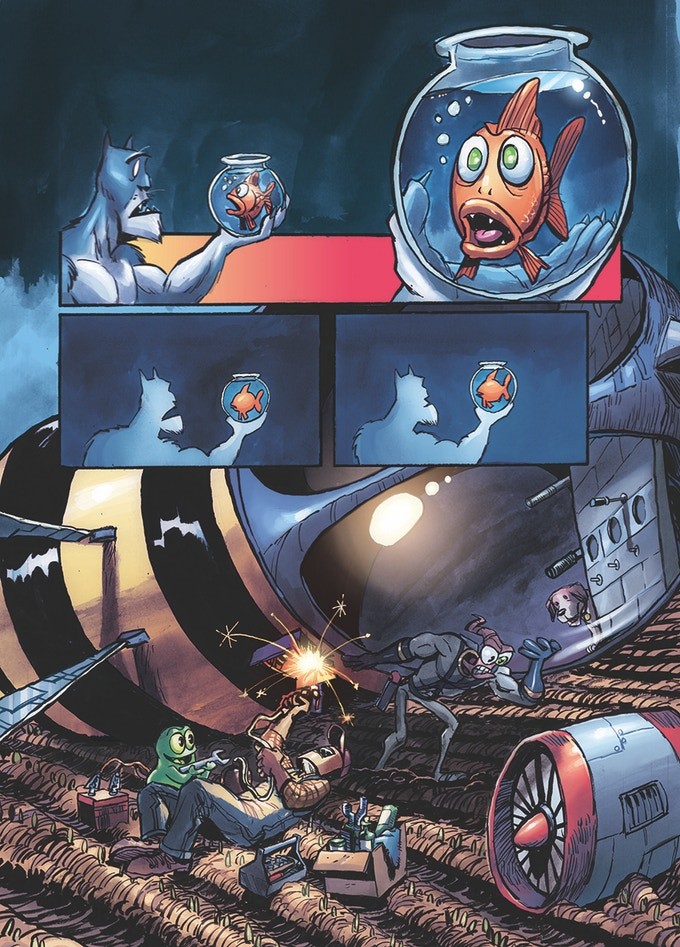 For a bonus, I also received two different extra books! The first is a reprint of Doug’s earliest comic work! They Called him Evil, the first appearance of Evil the Cat! It’s a nice short sweet story that’s pretty funny.

The second book is a preview for Bigfoot Bill 3 and…WOW…just wow…the betrayal that the book shows I was NOT prepared for! Overall it”s gotten be pumped and excited for the next book’s campaign!

So that’s the new volume of Earthworm Jim! It continues to slam things right out of the park and never lets go! So, when the next Doug TenNapel campaigns start and you have the option to get his prior works…if you can afford this option, I say take it!