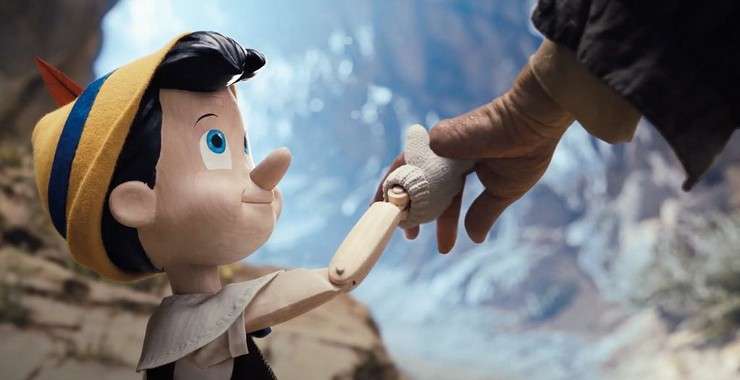 The Walt Disney Company’s live-action remake of “Pinocchio” with Tom Hanks finally landed with a thud on Disney Plus. After a string of live-action hits, including “Beauty and the Beast” and “The Lion King,” this remake just doesn’t have the magic. There have also been a lot of impressive CGI effects along the way and, should anyone forget, the very blue Will Smith from “Aladdin”. While it is debatable if any of these films have significantly enhanced the originals, but clearly remaking “Pinocchio” presented some unique difficulties for Disney.

The hybrid production of CGI and live actors closely adheres to the original plot, which was based on the 1883 Italian children’s tale The Adventures of Pinocchio, but even the normally dependable Tom Hanks was drubbed by critics. In the new movie, Hanks plays Geppetto, a bald Cynthia Erivo plays the Blue Fairy, and Benjamin Evan Ainsworth plays the voice of the computer-generated Pinocchio. 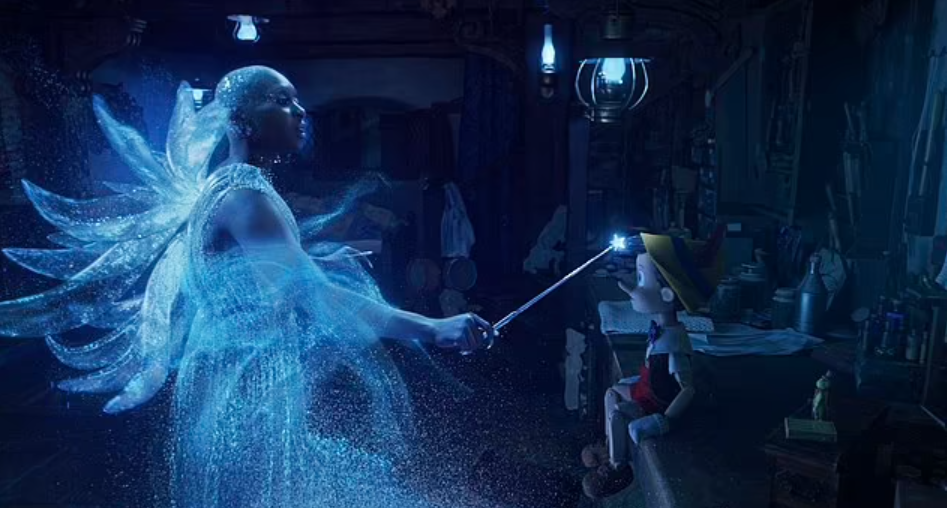 The jarring change-up to the classic character caused many people to jump on social media and express their shock. But the early previews were only a tease for the heartless film from Robert Zemeckis.

I’m not necessarily opposed to this, but I’m also not sure I’m for it either. Sometimes I just wish well enough was left alone.

“If it ain’t broke then don’t fix it” …apparently, someone felt Pinocchio was broken.#Pinocchio#BlueFairy#Disney pic.twitter.com/wk3vQ4gqMe

So what went wrong?

Part of the problem is Zemeckis. The man who gave us Used Cars (1980), the Back to the Future (1985) franchise, Who Framed Roger Rabbit (1988), What Lies Beneath (2000), Flight (2012), and the titles mentioned above, has spent the last two decades squandering his gifts with soulless CGI. Other than Barry Levinson and Rob Reiner, I know of no A-list director who dramatically collapsed his career through a series of terrible choices.

He’s right about Zemeckis. We recently went through his filmography, ranked by reviewer David M. Vining, and he felt the same way about many of the CGI films in Zemeckis’ canon. But it wasn’t just the CGI, as Nolte also notes.

The other problem appears to be … yes, Disney felt the need to “correct” its own masterpiece, according to Polygon:

Pinocchio gets off to a shaky start by skipping past “When You Wish Upon a Star,” which may be the most quintessential Disney song of all time. Where Jiminy Cricket performs it as a quiet, telling moment in the original film, the 2022 Pinocchio truncates it and gives the shorter version to the Blue Fairy. Erivo … [H]anding the song to her makes Jiminy a less interesting character, far less present and passionate — which is a problem, since he’s meant to illustrate humanity to Pinocchio, even though neither of them are human.

Because this is a modern film, though, apparently someone felt the film needed to scoff a bit at its own flights of fancy. When Pinocchio, stuck in a cage by the evil Stromboli, begins to tell a lie and his wooden nose grows, Jiminy says, “A bit on the nose, I’d say.” When Pinocchio rattles off his various adventures late in the film, a bemused character asks, “You did all that in one day?” Simultaneously copycatting a classic and smugly mocking it comes across as crass, as if Zemeckis and company are afraid of real emotion, and determined to safeguard audiences against any sense of authenticity or sincerity.

Pinocchio doesn’t embrace all the selfish and destructive bad behavior (smoking cigars, etc.) on Pleasure Island, as he did in the original. The remake portrays Pinocchio as “a good little boy from start to finish.” This, naturally, undermines the complexity of the character, not to mention the importance of his redemption.

For some arrogant reason, the remake also removed the classic songs “Give a Little Whistle” and “Little Wooden Head.”

And over at Decider, they just thought the entire movie was “creepy AF“:

At one point, Pinocchio’s head stays motionless while the rest of his terrible body spins in a 360-degree circle, like some sort of sadistic reverse take on The Exorcist. You can’t tell me no one at Disney didn’t realize how horrifying that is. … It’s not quite Cats (2019), but Pinocchio (2022) is plenty horrifying. I’ll stick with cartoons, thanks.

And Collider calls it “Nightmare Fuel,” giving it a D+ rating.

The fact that this got released on Disney’s streaming service should be your first warning. Production began on this over seven years before Disney+ launched, so that surely wasn’t the original plan. Furthermore, Tom Hanks  being directed by Robert Zemeckis is usually a big win. With Forrest Gump, these two won the box office and the Academy Award (1994), and their Cast Away (2000) and the animated Polar Express (2004) were also strong films. But it stands with a dismal Tomatometer rating of 30% from critics, top critics is at a pitiful 17%. The audience approval rating is 38% and sinking.

Rotten Tomatoes sums it up with a consensus that it’s “visually dazzling but soulless, the largely inert Pinocchio reaffirms that you should always let your conscience be your guide… away from unnecessary remakes.” We don’t want to spoil the ending, but it is very likely the most controversial element of the film. Fans of the original are definitely disappointed by it.

This production surely cost a great deal of money, but the House of Mouse isn’t saying how much. Hopefully this will result in Disney finally learning to leave well enough alone.