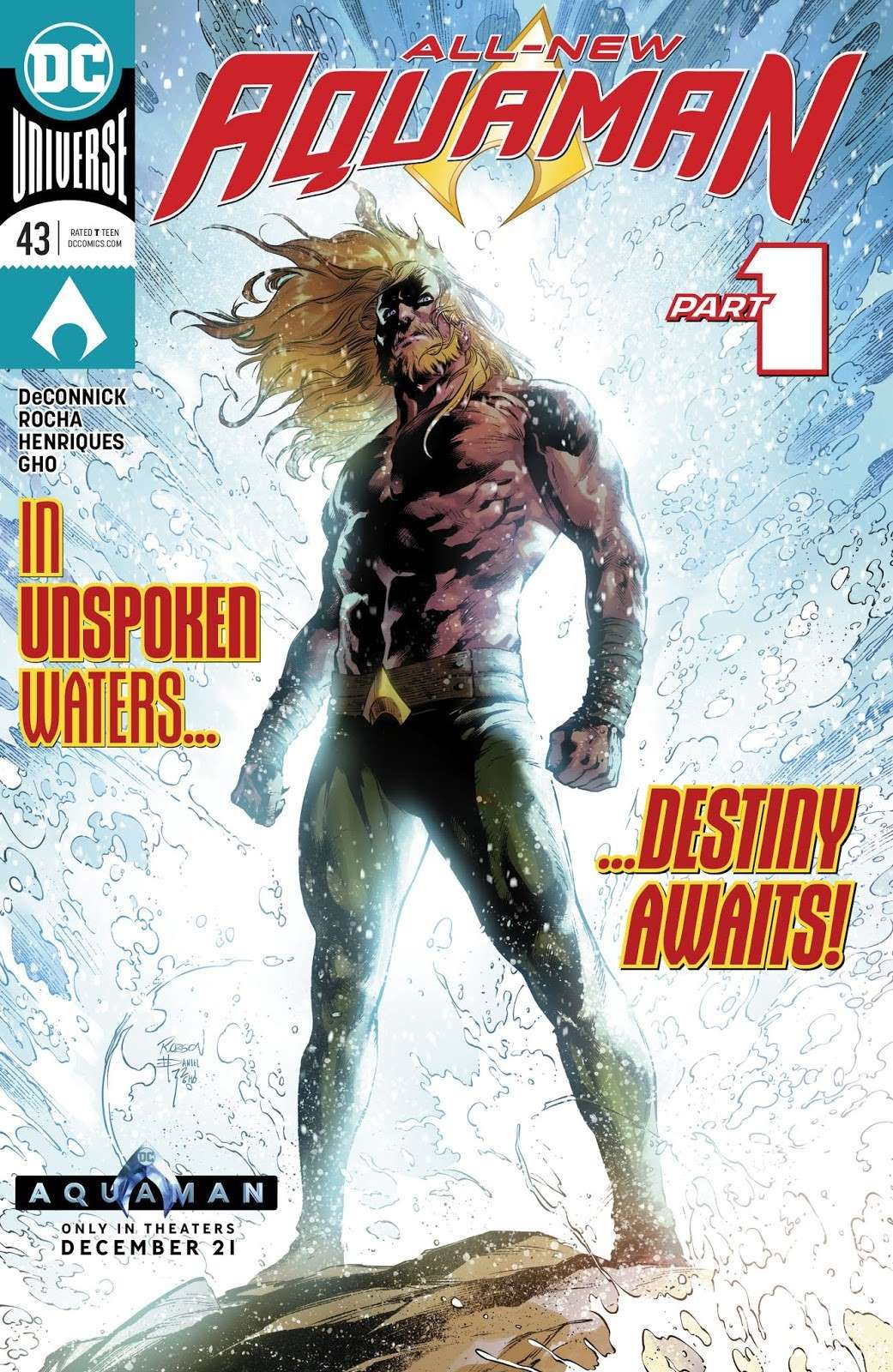 Kelly Sue Deconnick’s Aquaman run took the reigns from Dan Abnett. Dan’s run introduced more mystical elements, and it also shook up the status quo of the throne and began in the aftermath of the Drowned Earth event and Arthur’s apparent death. Arthur washes ashore on the isle of lost gods, with no memory of how he got there. DeConnick’s start picks up on what Abnett started with his expansion of the mythos. Kelly introduced readers on this isle to the lost gods and mother shark. We eventually learn that Arthur did indeed die, but not at the hands of the monster from drowned earth.

He died at the hands of an angry Mera.

Feeling rejected by Arthur’s reaction to her pregnancy reveal she exploded at him, Literally. It’s a plot twist that caught me off guard and also raised a lot of questions about the Atlantean afterlife. The isle also introduces several new characters into Arthur’s life; Old gods. They accompany him from the Isle and back to amnesty. 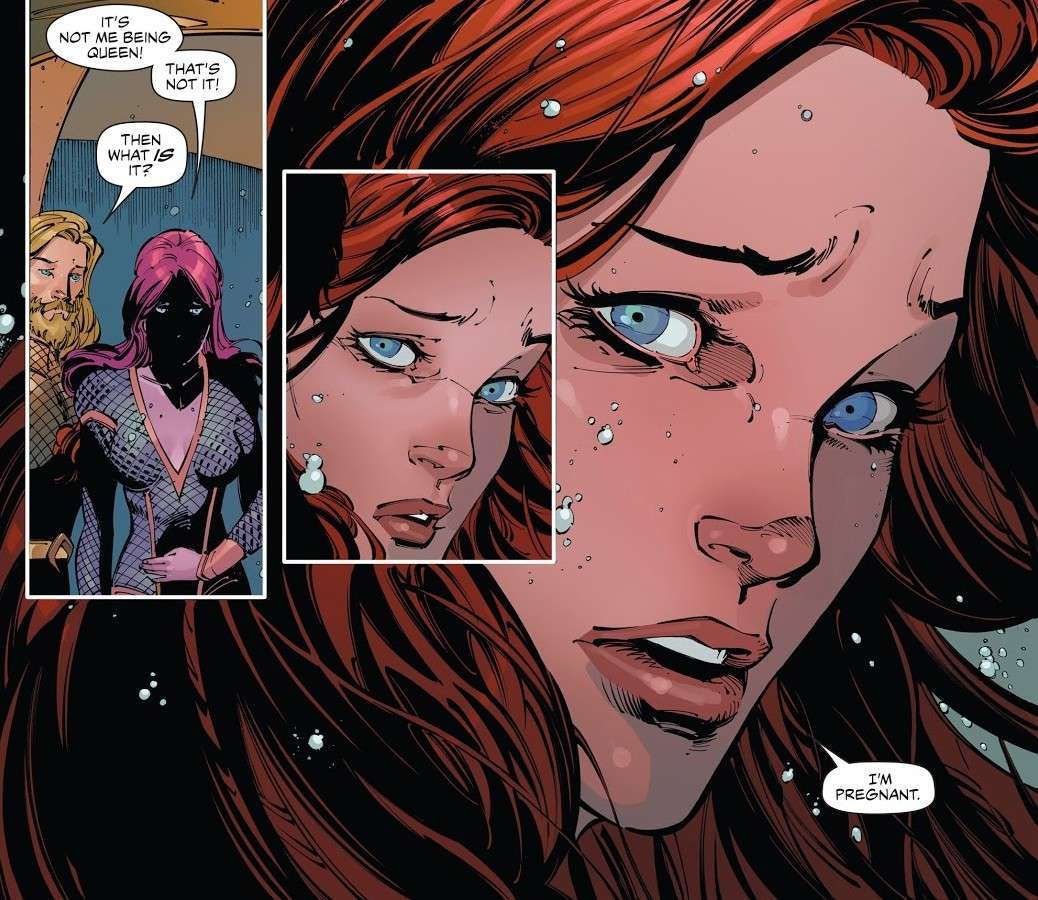 That is where the mythos expansion stops and we get to the theme of this run; Family. Arthur doesn’t just return to the world of the living and amnesty bay to continue fighting evil and fighting for He returns to amnesty bay and starts down the path of building a family. Finally! Arthur starts living a life that embraces his duality. This is  when the cast of characters gets a little crowded though. Jackson Hyde, the new Aqualad, enters the mix. Jackson is the son of Black manta and an Atlantean named Lucia Hyde. Then, Tristram Maurer, founder of amnesty bay returns. Tristram’s return ties into a juxtaposition between Jackson’s actual family and his newly adopted family. I think it works. 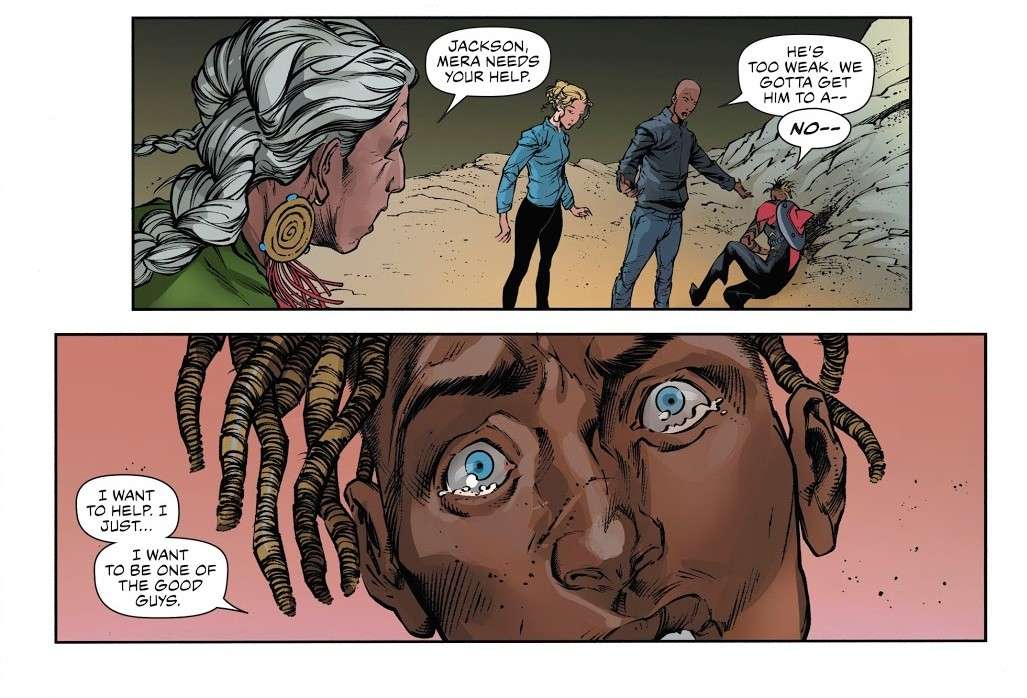 But this is where the run starts to drag.

Mera falls into a coma following their fight with Manta and gives birth to her and Arthurs daughter; Andy. We skip ahead 10 months and Andy is growing, Jackson and his mom both live in amnesty and the old gods are learning to live a new life. We go from a great story about family to more Atlantis drama. The Atlantis drama isn’t bad, but it’s pretty shallow. There is a rushed wedding, a disease infecting the citizens of Atlantis, and Orm forming his own kingdom of Dagon. These are all things that could be entire arc’s but they’re thrown into this like a blender and it feels so unnecessary. 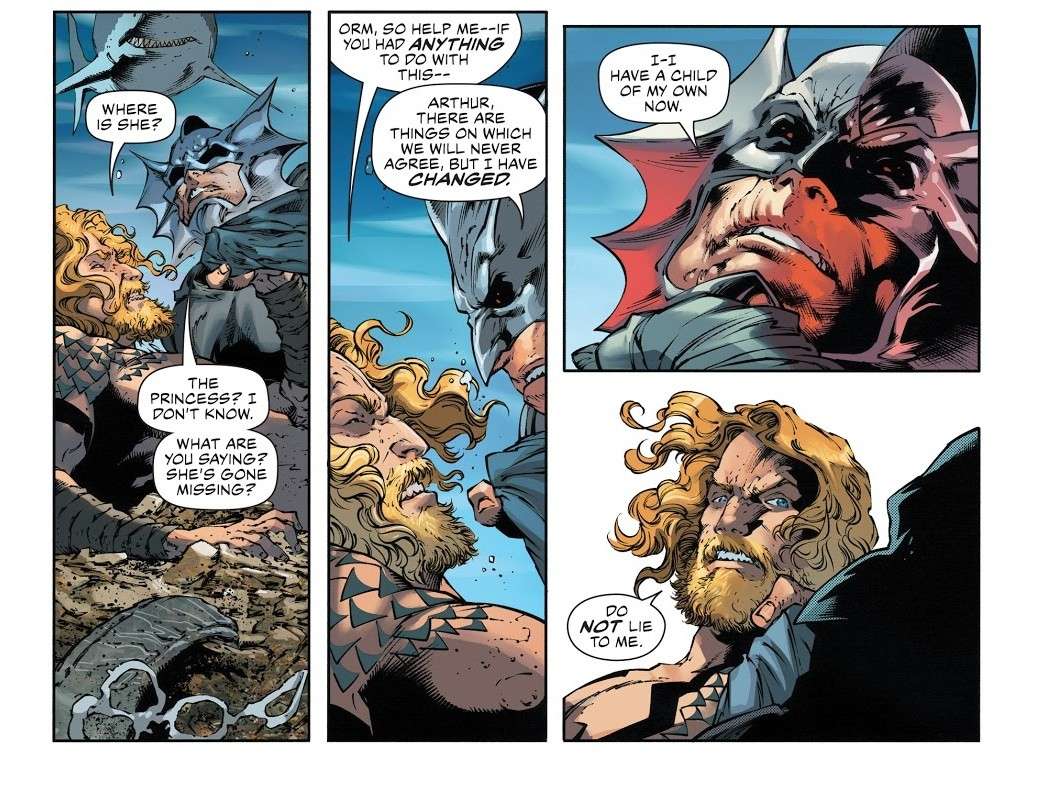 There are some great moments within these events. Arthur finds out Orm has an (adopted) son. Orm finds out about andy. Jackson meets his granddad, visits his mom’s home of Xebel, and meets a cute boy. These are brief moments of personal development muddied by Atlantis drama. The whole situation with Atlantis even ends abruptly with Orm being defeated and Mera abolishing the monarchy. Even abolishing the monarchy could’ve been a whole arc.

I do believe that given the coronavirus pandemic it was likely best to stay away from the topic in regards to the disease, so I can see why that was ultimately just glossed over. 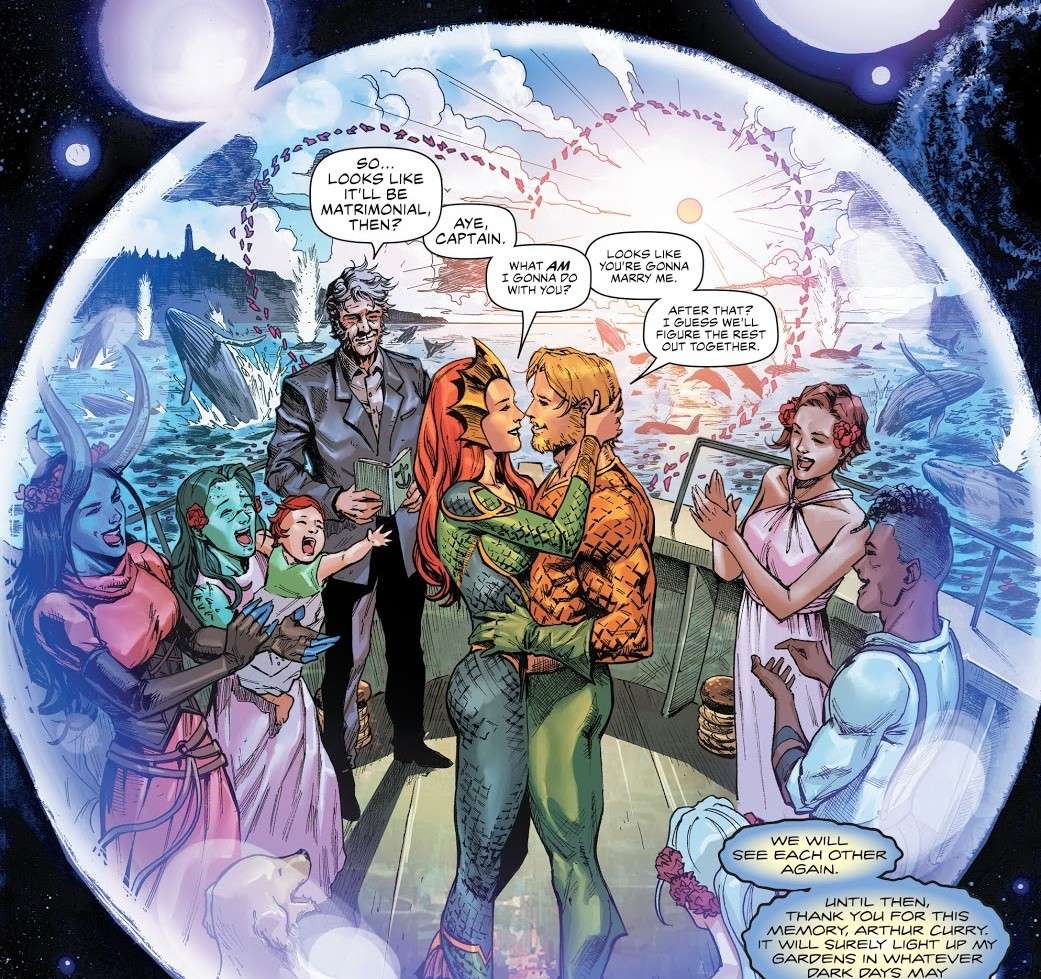 Abruptly stumbling into the final issue of this run, the series is tied up with a loving family together at last with friends and family looking forward to the future. My biggest problem with this run was the middle act. The greatest part of this run is that at least Kelly Sue has now set a new status quo for Aquaman. No more pressure to rule, a family, a new ‘assistant’, and a home embracing the duality of his being. Kelly sue broke the circular storytelling of Aquaman and freed it up for new stories to be told. So it wasn’t ALL bad.