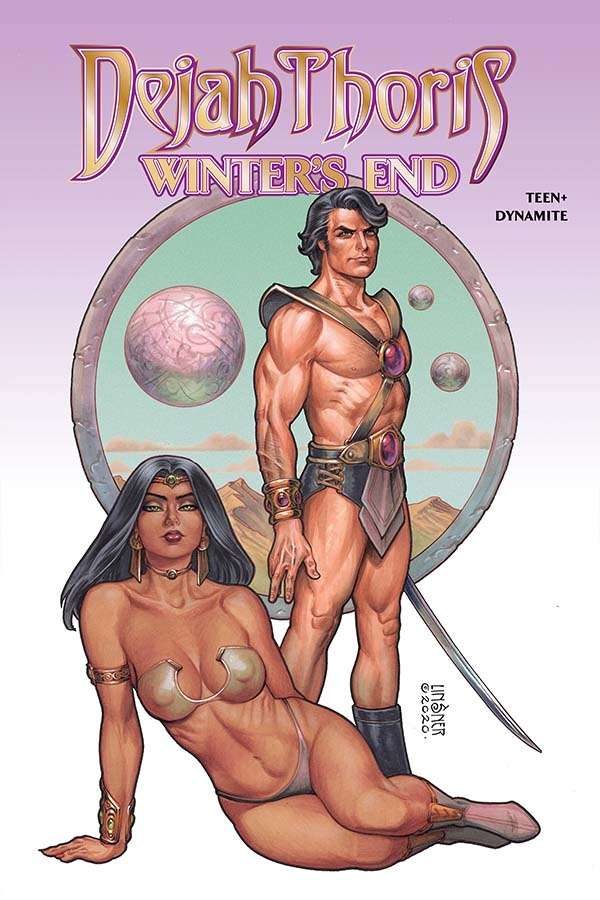 In Dejah Thoris: Winter’s End, our heroine has saved her world from the catastrophic End Winter. Now she must help rebuild Barsoom to its former greatness! But certain factions see benefit in keeping Barsoom cold and dark. Dejah will need help, and she may find it in the return of her true love…JOHN CARTER! As she worries about the fate of her lover and son, others contemplate life and family too.

For those uninitiated into the history and lore of John Carter, like myself, this one-shot is a nice introduction to the world and some of the characters. The one-shot is a collection of stories from characters in the world of John Carter, minus the John. Without the knowledge all that though, this title sets a nice foundation for new readers. You aren’t given the full history of the Red and Green Martians and john, but you learn enough. As much as possible the world is explained through a series of personal stories and character histories. In most cases, this kind of one-shot would be endless objective world-building, but the personal touches make it better.

With the different perspectives, you are given a personal touch that is heartwarming. The story of the father and daughter hunting is the best example of this. It’s not just about telling you about the world and culture. It’s about learning about these people and their lives. It is also a bonus that each part feeds into another in a thematic sense.

Despite knowing nothing going into this, as a reader, I walked away knowing these individuals more and so could anyone picking up this one-shot. For a sciencefiction fantasy series, this hits the mark dead-on, so I definitely recommend this one-shot.

If you’d like to purchase this one-shot you can do so here or check with your local comic shop to see if they have it in stock!