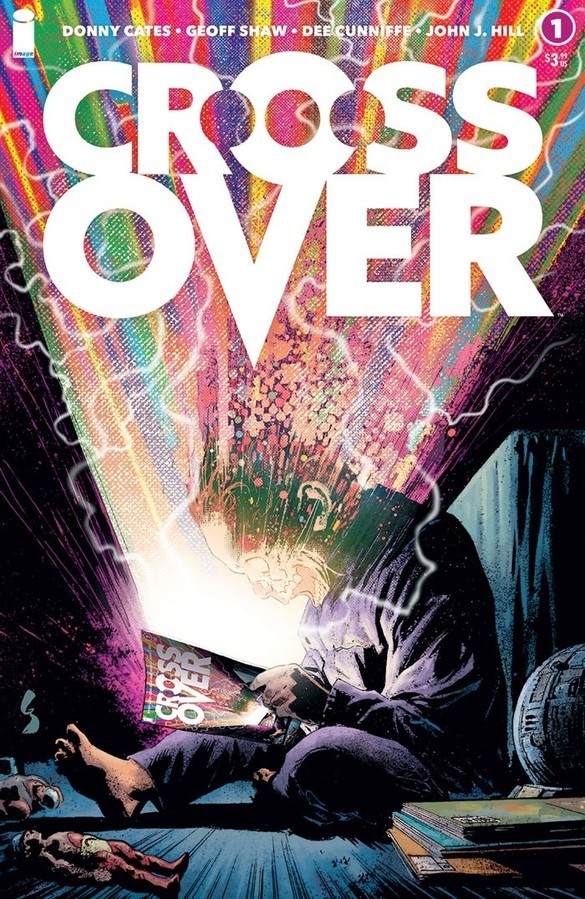 Crossover introduces us to a world in which comic book heroes and villains violently entered our world in 2017.  Denver, Colorado became the epicenter of a violent merger between the world of heroes and our own.  A hero put up a barrier between the epicenter and the rest of the world and it is assumed the fighting still continues within the barrier. Of course, with this event called the “crossover” hatred of the comic heroes emerged and we fast forward to Utah with one of our main characters; Ellipsis Howell.

Named after the grammatical effect. She works at a comic-book shop, which now receives the same attention planned parenthood would by god-fearing churchgoers.  Ellipsis and her co-worker otto work here and buy and sell comics to the public. Their peaceful workday is interrupted though when a young child appears to be stealing a book. the child as it turns out is from the crossover. Their skin is covered in Ben-day dots and everyone freaks out fearing them and runs out of the store before all hell breaks loose. 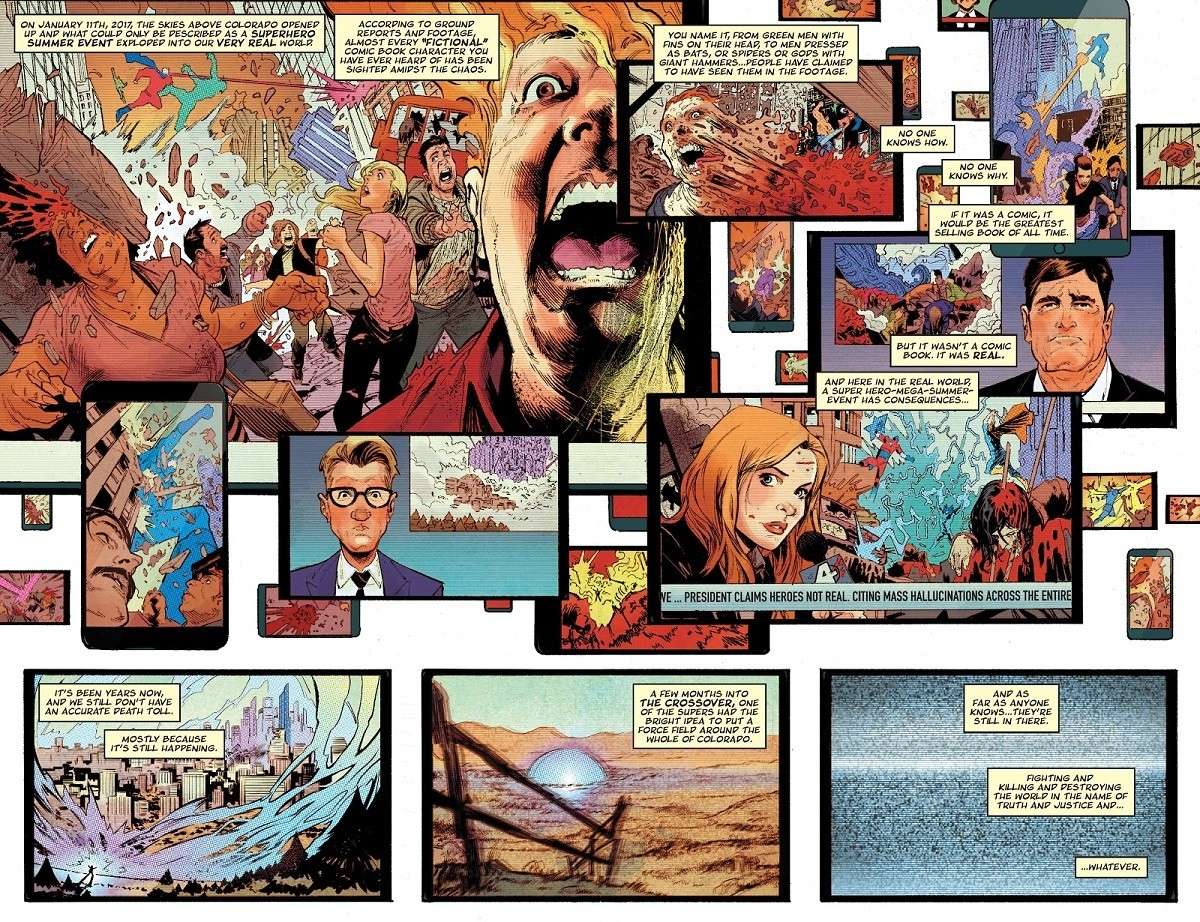 Donny Cate is bringing a new meaning to the term Crossover with this series. Normally we think of a crossover with 2 characters or publishers, but in this series, we are seeing a crossover between worlds and beyond the brave and the bold tales. What happens when the heroes and villains become real? With the inclusion of elements such as the angry religious and clear fear of the other, this story is setting its tone and foundation in something I feel as though grant Morrison has done before with his works. Between breaking the fourth wall and commentary on fictional heroes’ relationship to the real world and us, the reader I get the impression that this is a story we’ve seen done before. I don’t know if we could see something new from this title. The prominent character Ellipsis wears a mask and is all in for the comic world (a true believer). 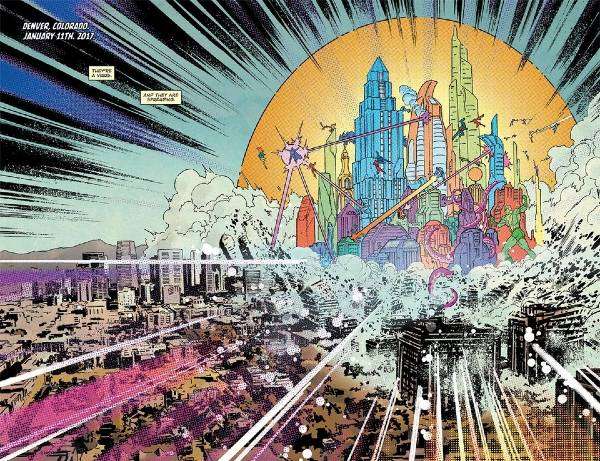 The immediate thought I have is she is such a believer that she will gain superpowers and show us the strength of belief which also connects to the religious elements established in this first issue. But, this is what I mean by things we’ve seen before. If I can look at your character and see a clear possible arc given the story elements then I’m sorry, but you’re treading on ground I’ve seen before and it’s not interesting. The biggest issue with this is that there isn’t even really an interesting mystery to grab attention by the end. Yes, there is a mystery established and a kick-off point to the greater story about to be told, but that kick off point isn’t as interesting as it should be. For the first issue of a series that has the markers of a slow satisfying story, it starts off too slow and doesn’t really give you anything character-wise to be interested in. The story itself and the world are interesting, the characters introduced aren’t though. 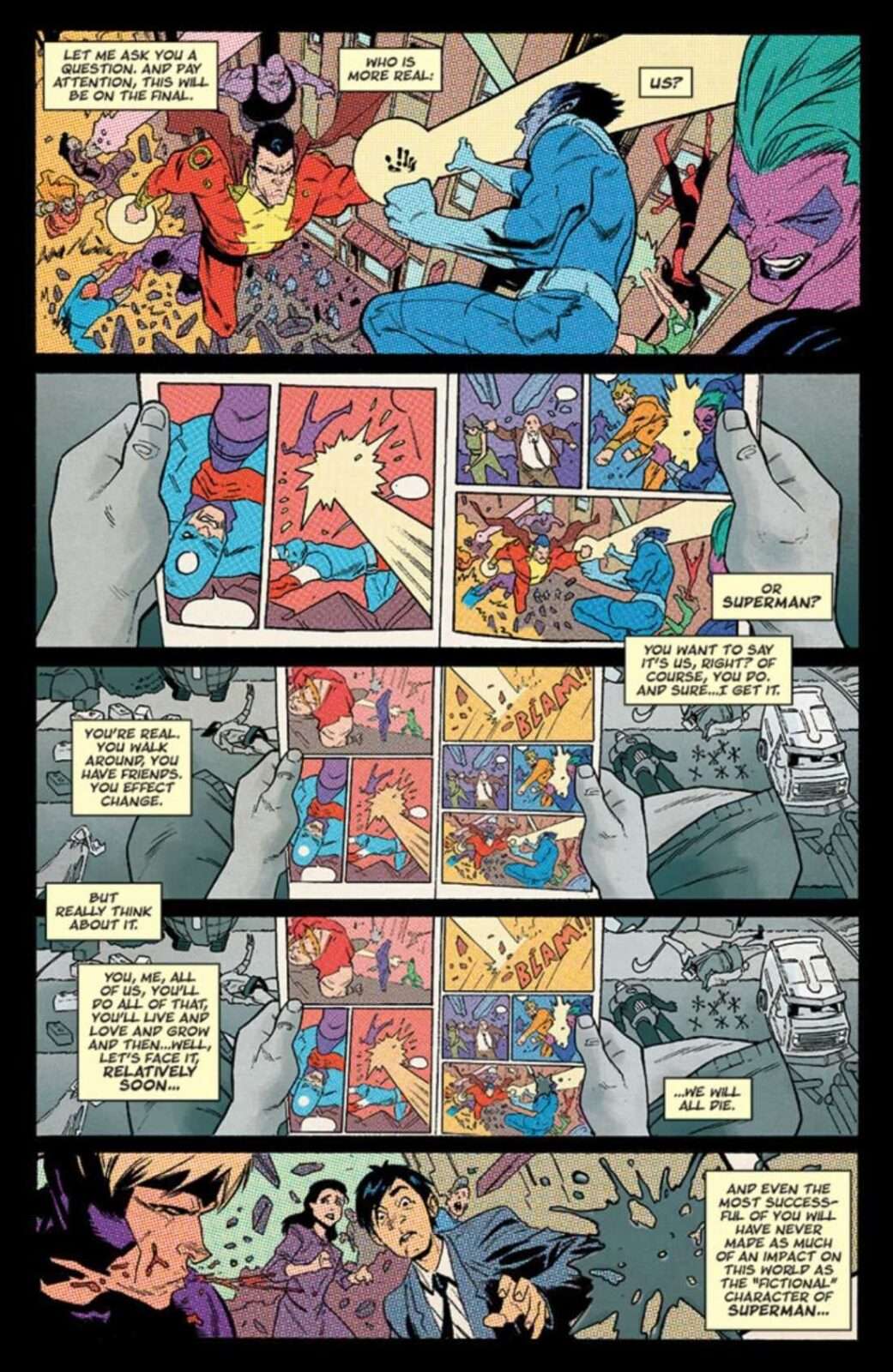 I will be checking in with this series to see where it goes and hopefully be surprised and change my tune, but as it stands this is something that’s been done before and isn’t really anything new to be interested in. I do hold out hope that this builds to be something good. As a start though; very poor.

If you’d like to know more about Donny Cates work then check out John Pallister’s story here.