Comic Review: Robotech Remix #2 Gets Off to a Rough Start 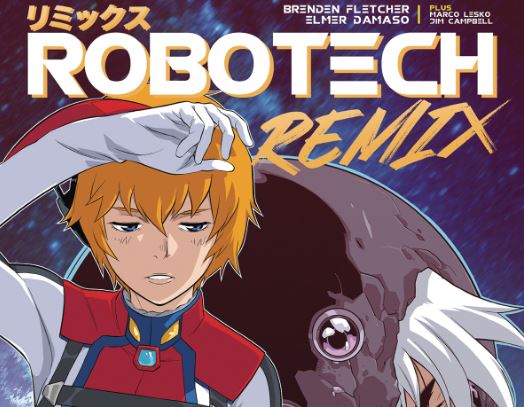 Robotech Remix #2 struggles to present an engaging conflict. Rick Hunter went missing after the events of last issue, and Commander Leonard immediately jumps to the notions of him being AWOL and that he should be court marshaled. This doesn’t seem a logical thing to be openly recommending give that he was the heroic figure who the entire Macross storyline. Even if someone of his stature was acting erratically, a public court marshal would be bad for morale of a world in reconstruction.
Lisa Hays, who married Rick at the conclusion of the last issue before Remix, acknowledges that he has been acting strangely after exposure to Protoculture. But Lisa’s entire show horned romance was with a man whose consciousness had already been expanded, for better or for worse, by the stuff as the serious courtship and marriage all happened after his exposure.
Personally, I’m hoping to see a Prometheus tie in ala the romance of Holloway (who was corrupted by the black goo) and Shaw. Of course, that would represent a radical departure from the source material. 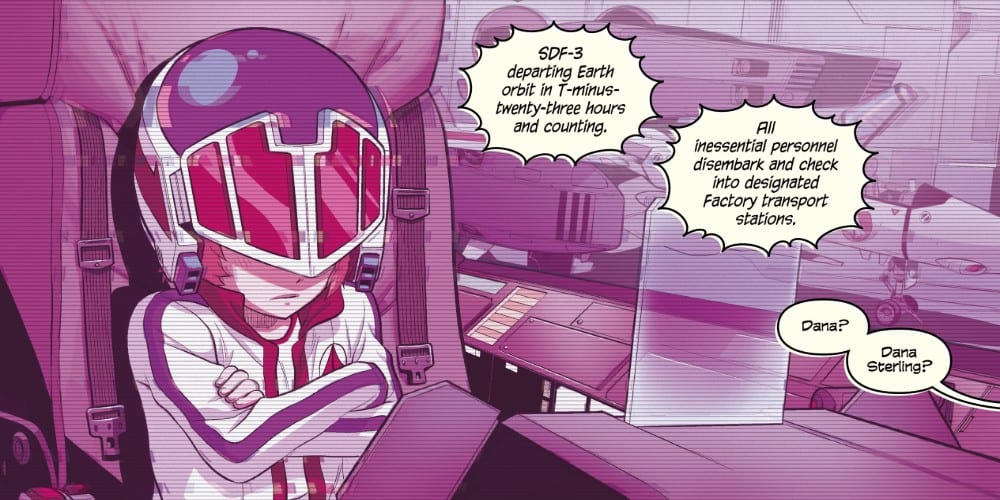 Speaking of, I’m not sure why we have a new pop idol, Aahna. The original series had two J-pop singing stars. Why ignore those and add a third to which we have no investment? Seems a strange writing choice. The military briefing literally moves straight from Leonard demanding a court marshal for Hunter for searching for his pop state girlfriend and then they go into describing Aahna as a new military asset which much be protected.
Miriya Parina continues to be a pleasure to witness. I find myself wishing she were the focus of the story instead of Dana Sterling. The story presents a great fight scene with some wonderful dialogue before we cut away to action killing teenagers.
The teenagers come home from school and microwave some food. After discussing some of the recent mecha wreckages, two teenagers, Baker and Penn, race out to the wreckage sites in a mad dash for salvage rights. They discover a bioroid and its injured pilot who turns out to be none other than a time shifted Rick Hunter.
We end on a powerful fist crashing through the rubble. Check out my deeper dive below where I suggest some things they could do differently to straighten this book out.
Robotech Remix #2: Meandering Plot Failure