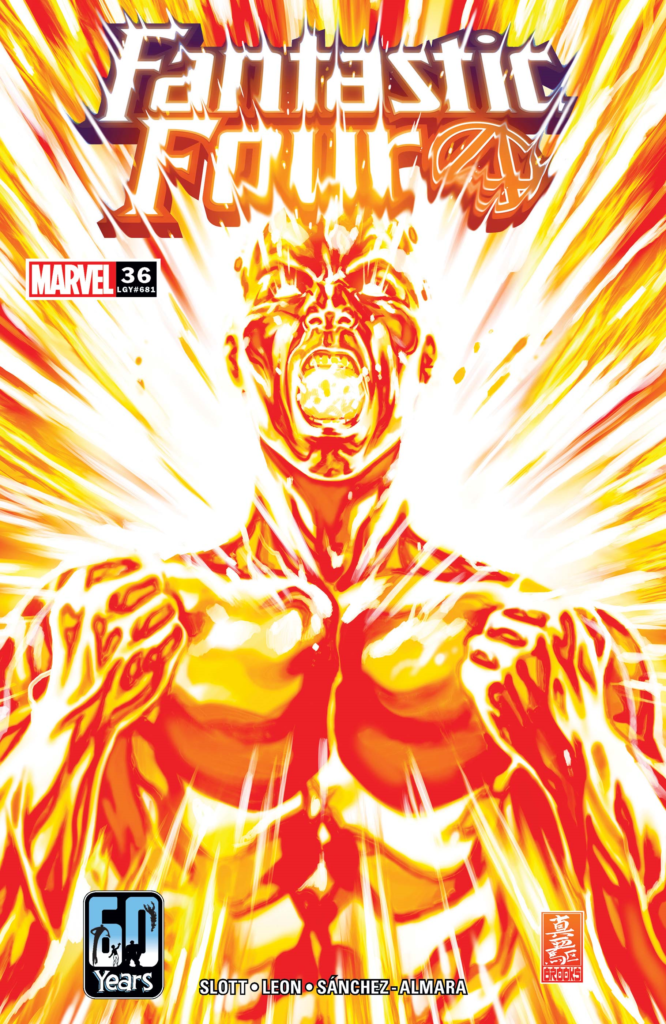 “Unstable” explores the fallout from THE BRIDE OF DOOM and DEATH IN 4 DIMENSIONS and now the 60th anniversary of the Fantastic Four has led to THIS!

My Impression of Fantastic Four #36

On the heels of the ‘Bride of Doom’ arc, Johnny has become the main emotional focus. There are a lot of things happening for the hot-shot. His current condition is his own fault. He cheated on his fiancé Sky, breaking her heart and soul bond. As a result of his infidelity, coupled with the honesty and loyalty of Zora, Dr. Doom’s right hand and then fiancé, peace talks with Latveria failed and Johnny has been forced to stay a flamed-on.  The whole of the issue is focused on Johnny and him coming to grips with everything that has happened. Dan Slott has been trying to take readers on a journey with Johnny as he matures and settles down. Every step of Johnny’s arc with Sky has seemingly been a set-up for him to finally mature and perhaps enter a new phase.

This new phase isn’t really emerging though. Instead, with the addition of this issue to the run, Johnny finds himself in the position of Ben Grimm. Seemingly forever flamed on. Will it last? Likely not. The change, for the most part, serves as an obvious metaphor for the emotional and physical damage he’s done to others. In fact, if the flame-on metaphor wasn’t enough, there’s a line by Reed that spells it out for readers; “Johnny Storm doesn’t get to cry”.  And if that metaphor isn’t enough for you, there’s the monstrous transformation Sky goes through as a result. We get it, Johnny is the designer of his own hell.

It’s all his fault and he needs to grow up.

I recommend this under one condition; you must have read ‘the Bride of Doom’. This issue is a very nice tie up to Johnny’s infidelity and we actually seeing him face some consequences for his actions. Outside of that? Nope. Dan Slott hasn’t really given new readers a place to jump in during this run, and unfortunately this issue continues that trend. It’s good, but definitely not “new reader” friendly. 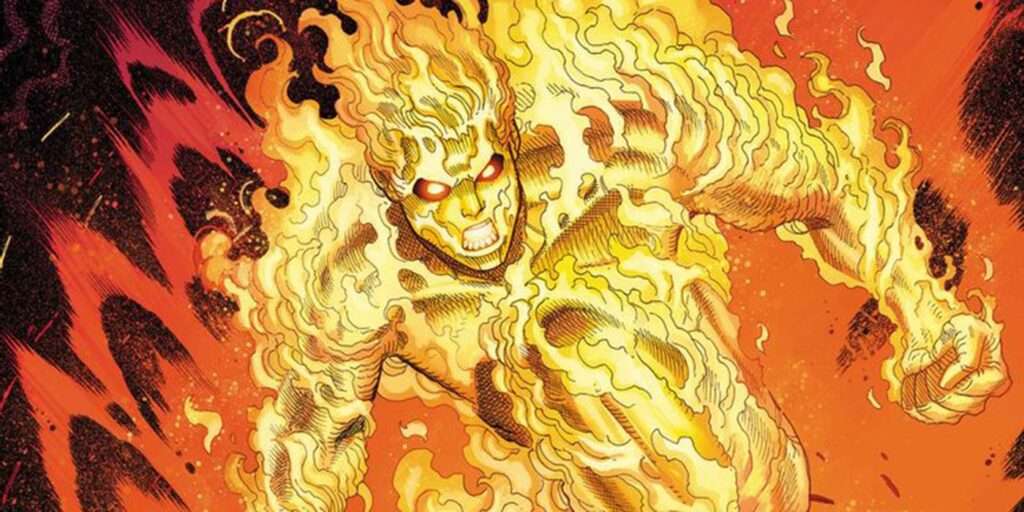