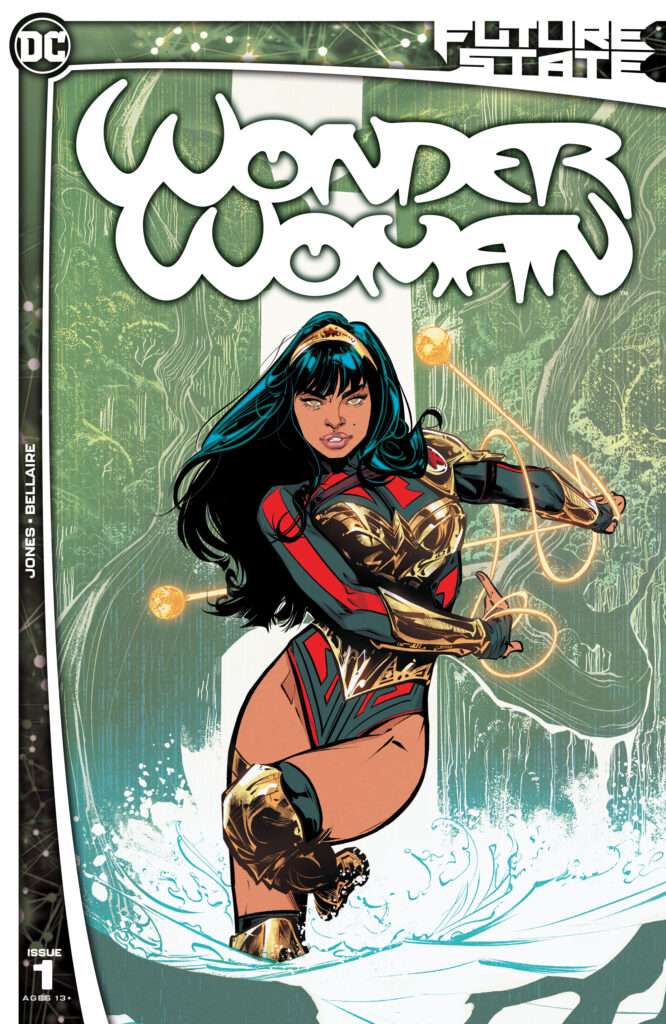 The world of man has lost it’s connection with the gods and magick. To act as a mediator between the world of man and myth wonder woman, Yara Flor, has been chosen. 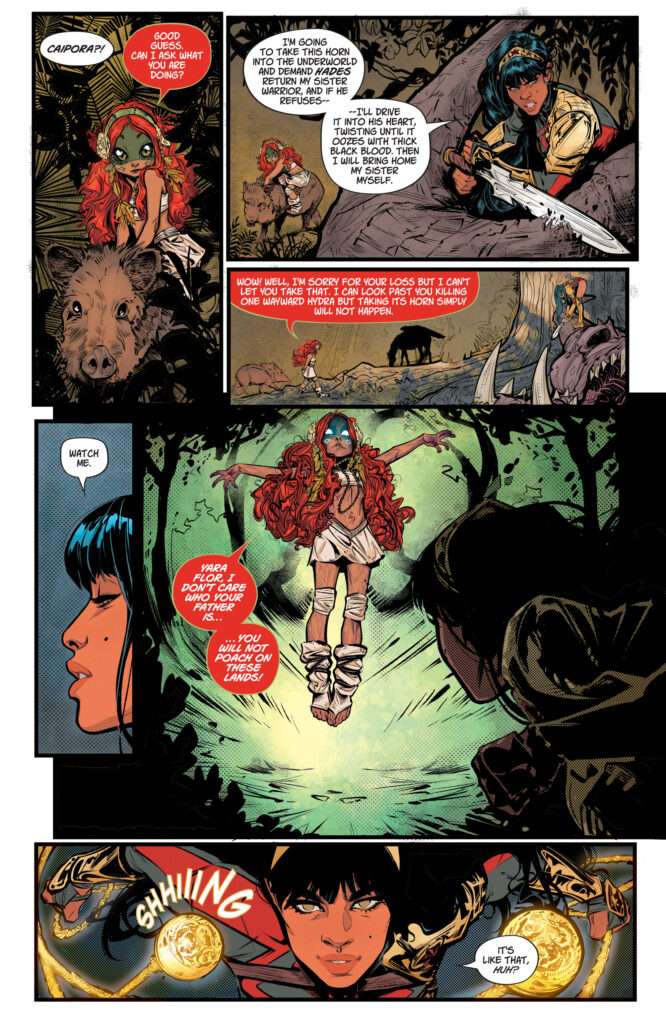 One of the biggest concerns about this title was if Joëlle Jones writer and Artist would write Yara Flor the same way she wrote Selina Kyle in her Catwoman run. Happily, that is not the case. This for all intents and purposes is a brand new wonder woman with no clear or apparent ties to Diana. So as of now, she is standing on her own despite having the same name. Yara is brave, straight forward, and loud. Everything about her stands out immediately as a warrior first and foremost. The issue even opens up with her fighting a hydra to gain entry to the underworld. Seeing as Wonder Woman is hunting though, this puts her on the radar of Caipora, protector of the forest.

Together they venture to the underworld and this is when we see how Jones writes to give character to these mythical figures. Caipora is also seen as mischievous as much as protector of the forest and as such the issue takes a humorous turn. It also contrasts Yara’s seriousness in getting into the underworld with her frustration at it all. This is funny and still fleshes out the character without wasting time. Seeing as Jones is also the artist on the title she delivers a really interesting different look at the underworld with some old touches. In terms of character design Caipora stands out the most with her anime-Esque eyes and dialogue she makes this issue memorable.