Jack Smight’s movie adaptation of William (Butch Cassidy) Goldman’s blackly comic serial killer novel No Way to Treat a Lady is quirky fun, and is in some ways ahead of its time.

Released in the era of The Boston Strangler and the Manson Family, some may regard a picture that riffs on Rod Steiger’s hammy multiple disguise-wearing granny killer Christopher Gill and his pursuit by detective ‘Mo’ (oh yes) Maurice Brummel (George Segal) as frivolous.

And they’d be right, but it doesn’t stop the movie being a fun ride, especially when Brummell’s new love interest is the cute Lee Remick as bohemian Kate Palmer, who glimpsed Gill, who proceeds to win over Brummell’s overbearing  stereotypical Jewish mother (Eileen Heckart – much older readers may remember her from The Mary Tyler Moore Show) by claiming that she will be converting to Judaism –   and by pretending to dominate Mo. 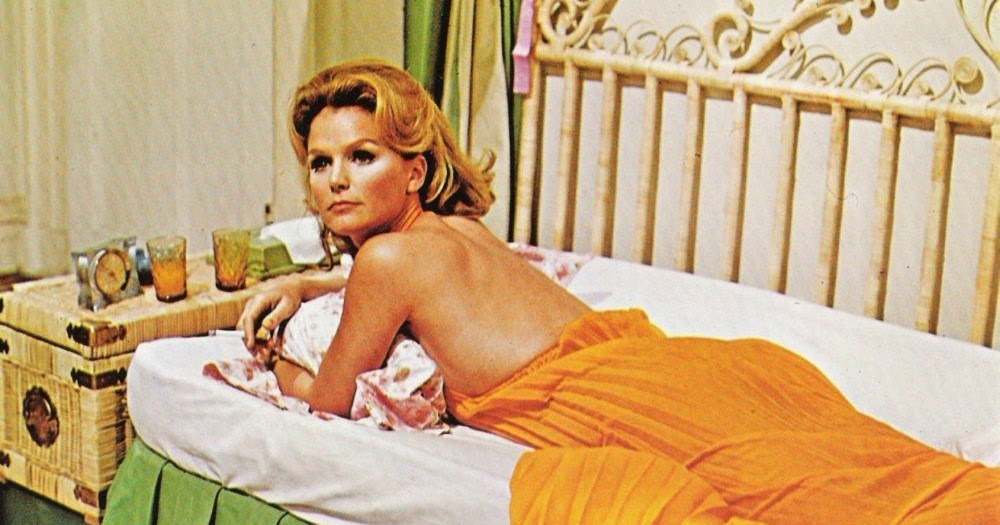 Which apparently Jewish moms like. Or used to, at any rate.

Look out for Murray Hamilton (the mayor in Jaws) and Everybody Loves Raymond‘s Doris Roberts amongst the cast.

Lastly…as a treat, this great sequence from the previous year’s The President’s Analyst, a satire with James Coburn as POTUS’s shrink, who thinks he’s cracking up from the stress of keeping it schtum.

Not that great a picture, but a lovely scene, one which reminds me of Manhattan in late Autumn…