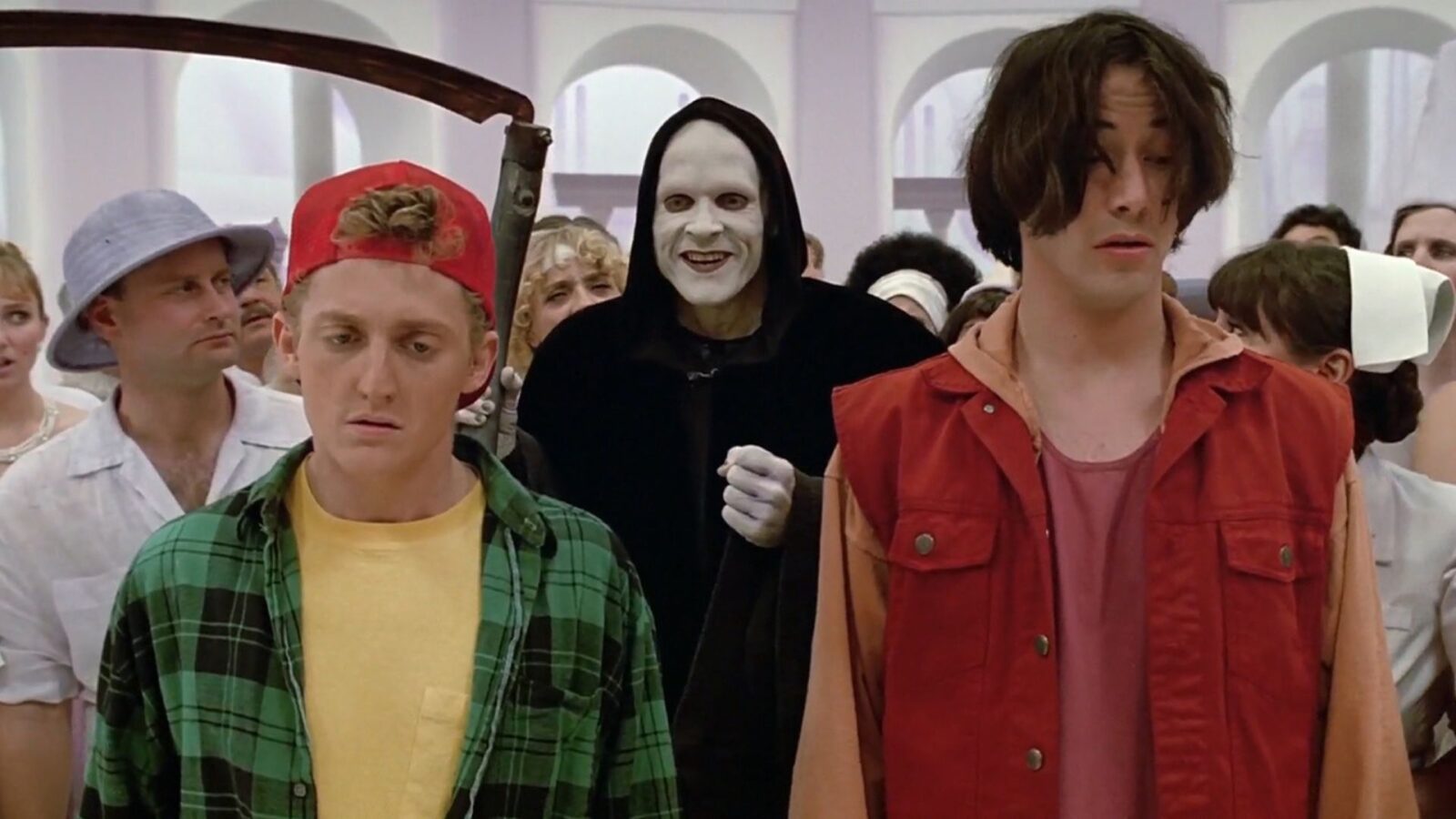 Readers immediately asked for a follow up to Monday’s post on Bill & Ted’s Excellent Adventure. I’d planned on watching the sequel, anyway, so happily our purposes aligned.

This was only my third viewing of Bill & Ted’s Bogus Journey. My dad took me and a friend to see it in the theater back in 1991. Like most people, I forgot about the series for years.

Fast forward to 2003. I was enjoying an evening of video gaming at a buddy’s house when cravings for a late-night snack struck our host. He called Pizza Hut, who told him they were running a promotion that included a large pizza and his choice of back list DVD. 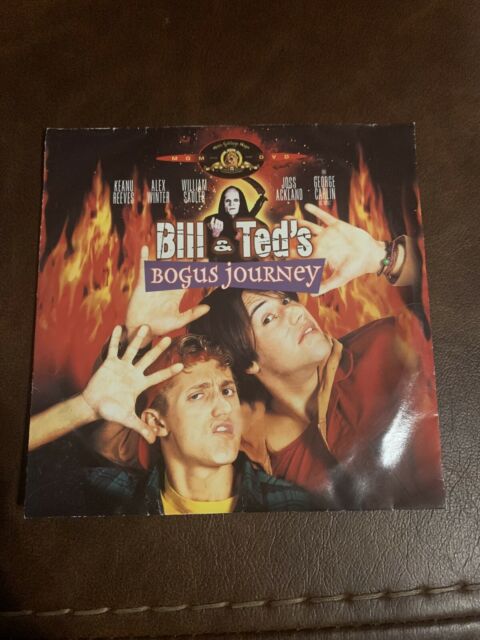 All that’s to say that the intervening seventeen years thoroughly cleansed my palette and prepared me to approach the movie with fresh eyes.

If you read my review of the first Bill & Ted movie, you know I regard it as an underappreciated if flawed gem. How does its controversial sequel hold up?

My main problems with the first film mainly pertained to the craft level. Bogus Journey immediately fixes these issues by introducing a central antagonist who front-loads the conflict and lays out the initial stakes. Just as importantly, it improves upon its predecessor’s “and then” plotting with a story structure whose every transition can be described with “but” or “therefore”. That factor keeps the pacing tight.

There’s even a try-fail cycle that sees our heroes--and they are heroes in the classical sense--attempt to raise the hue and cry over their own murders.

But that’s getting ahead of the story. 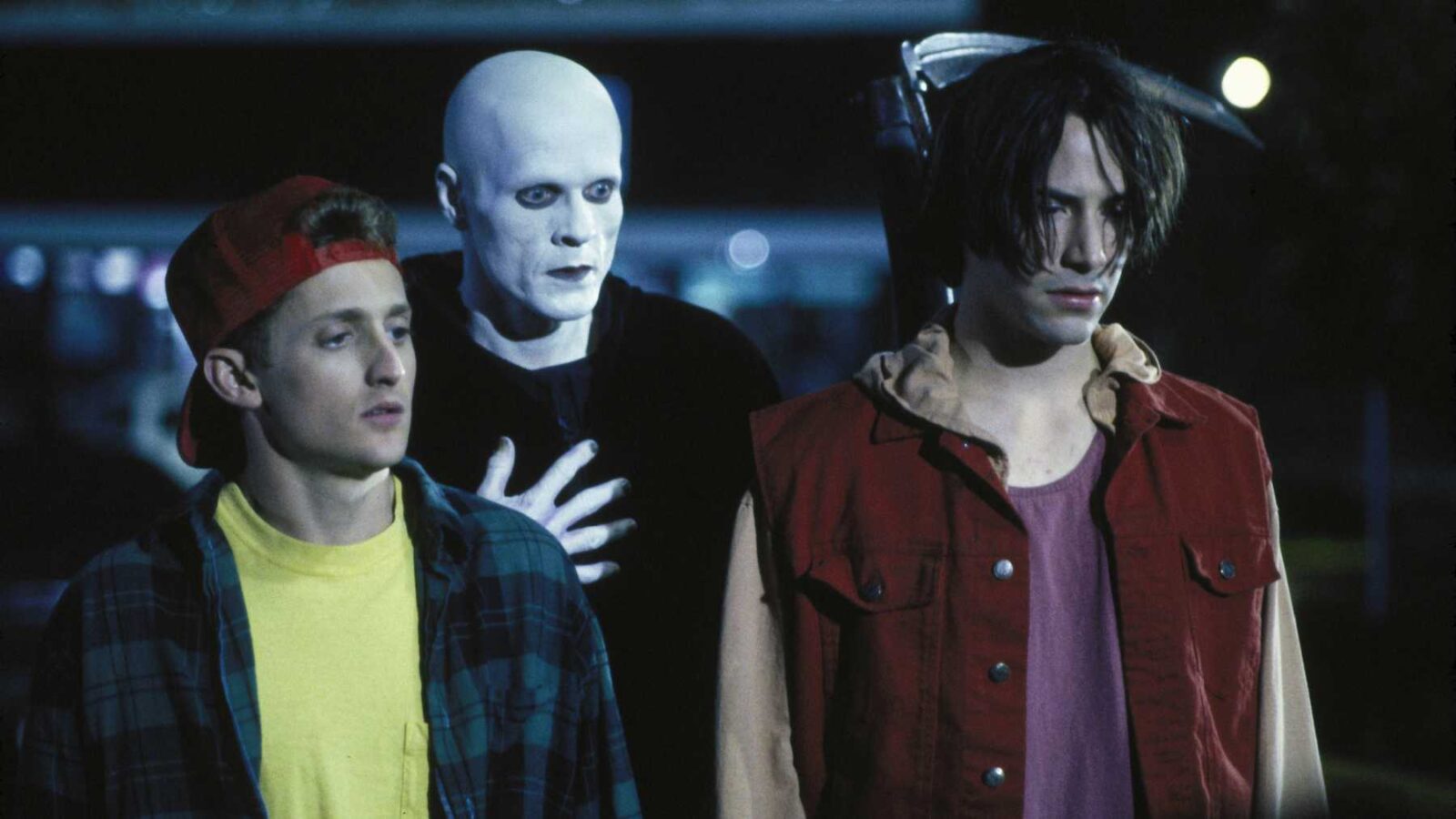 Bogus Journey’s central premise is either its crown jewel or its worst failing, depending on who you ask. Viewers who liked the first movie primarily for its time travel plot and expected more of the same were disappointed. Fans of the series’ main characters who enjoyed watching them get mixed up in--and strive to extricate themselves from--zany capers well above their pay grade were in for a rare treat.

There are two ways to approach a sequel:

Bill & Ted’s Bogus Journey embraces the second way and runs with it.
Not only does this sequel largely eschew the time travel hi-jinks of its predecessor, it kicks off its heroes’ quest by promptly killing them. The writers deftly synthesize the consequences of these risks to present us with a vertical Divine Comedy journey instead of the previous film’s horizontal trip through time.
This plot direction choice highlights the real reason why Bogus Journey surpasses its predecessor, and it’s an aspect of the film that everybody else seems to have missed.
The stakes.
Don’t see it? Let’s compare the first two movies’ stakes.
That is how you write a sequel. Build on the first story’s stakes while ratcheting them up and piling on trouble.
Matheson and Solomon took it a step further by making the new, higher stakes deeply personal to our heroes, thus correcting yet another of the first movie’s flaws while avoiding the scope creep that too often plagues even risk-taking sequels. 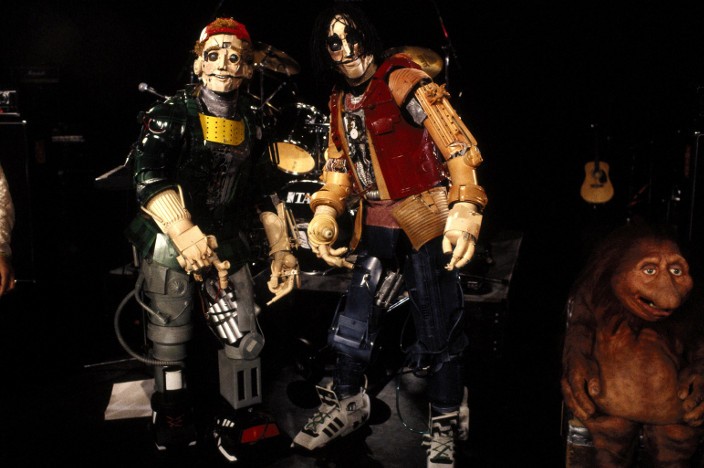 And if you doubted the first movie’s pulp influences, they are unmistakable here. Our heroes brave the fires of Hell to rescue the princesses who are their true loves and in so doing, claim a kingdom for themselves. The price of failure is not only worldly ruin, but the ruin of their very souls.
Almost unheard-of for a Modern film, Bill and Ted’s spiritual peril is consistently depicted as the graver threat.
Which brings us to the point where Bill & Ted’s Bogus Journey rises from the merely competent to the transcendent. The first film subtly signaled that it took place in a Christian moral universe. The sequel makes that moral setting spectacularly overt.
Ridiculous as it sounds at first, Bogus Journey celebrates authentic virtue. The princesses are outright said to be “most chaste”, having practiced continence with their future husbands for five years. And their virtue is proven when they defend their honor against the lascivious advances of their fiancé’s’ explicitly evil doubles.

But even this heroic virtue is a candle against the sun of our heroes’ moral worth.

Not only do Bill and Ted mirror their future brides’ chastity--their single lapse occurs when their ghosts playfully look down their former stepmother’s blouse--their stated intent from the beginning is to earn enough from their craft to provide for a family.

This goal is voiced at a point in the first act customarily reserved for the protagonist’s “I want” statement. This vital piece of dialogue establishes the hero’s motivation and the victory conditions he must attain against the villain’s opposition.

It’s significant that Bill and Ted’s “I want” statement includes earning enough to get married and raise children. The movie tells us in no uncertain terms that its heroes are motivated by masculine virtue. 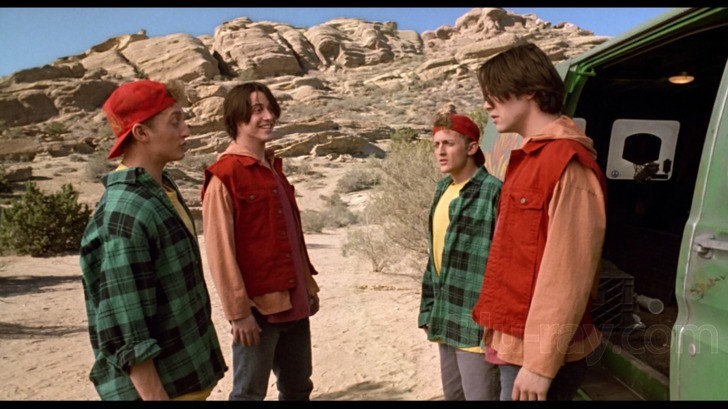 That mustard seed of virtue, watered by our heroes’ own blood, grows throughout the film to delve deep roots and spread strong branches. If you think that’s hyperbole, consider:

Bill and Ted persevere in love of their fiancées despite vicious deceptions played by their wicked doppelgangers. Their first and only impulse is to pursue and reconcile with their beloveds.

This noble desire persists even in the face of severe obstacles, up to and including death. Our heroes never back down, not even when threatened with eternal damnation. Nor is their perseverance due to rashness. Bill and Ted may lack intellectual brilliance, but the stakes are clearly and repeatedly explained to them at every step, and they show that they understand.

Bill and Ted are not possessed of foolhardiness. Instead, they possess perfect mastery of the cardinal virtue of fortitude.

The laudable temperance and perfect courage the protagonists display suffice to qualify them as heroes. The movie could have stopped its two leads’ moral advancement there, with their future rule completely justified.

But once again, Bogus Journey refuses to be satisfied with temporal excellence and reaches for the brass ring of the transcendent.

In the course of their journey, Bill and Ted meet the Lord God Almighty.

And their first, natural impulse is to praise Him for the wondrous works He has made, delivered in a spirit of childlike joviality.

And their praise of God’s creation ascends to praise of the Creator for the sake of His own goodness and justice.

True, Bill and Ted sinned along the way, but for these offenses they make unreserved and honest confession.

Having reached their spiritual journey’s apex, Bill and Ted receive directly from God the theological virtues which build on their solid foundation of natural virtue. Their courage, temperance, and justice are perfected with faith, hope, and charity.

As such, they receive God’s blessing and assistance in fulfilling their calling.

Brief but related aside: Many commenters, even those who like the movie, point to main antagonist Chuck De Nomolos as a weak villain.

They view the movie through a Modernist lens, because in setting their villain against heroes confirmed in transcendent virtue, they magnify his evil.

De Nomolos wants order. He is dissatisfied with the future utopia sustained by Bill and Ted’s music and is convinced he can do better. Yet he has no evidence that a society based on his ideas would be superior. He is gambling that his intelligence can make a better world than one with no poverty or war. His hubris would be enough to establish him as a villain.

The fact that he is defying the Mandate of Heaven which Bill and Ted have received makes De Nomolos ungodly over and above prideful. He schemes in violation of the Third Beatitude. God wills that the supremely meek Bill and Ted shall govern the earth. In attempting to thwart their kingship, De Nomolos sets himself against God’s plan.

To traditionalists who object that the movie unfairly demonizes a law and order leader intent on reforming a culture of day-glo hippies, I counter that De Nomolos is in rebellion against divine right kings--a grave sin that he’d best amend unless he thinks he can beat Death at Battleship.

To rein in the gushing for a moment, I will admit that while Bogus Journey is in some ways a transcendent film, it’s not a perfect film. The dialogue is rife with inside jokes that the writers took way too far, e.g. the obnoxious repetition of “station”. Similar self-indulgence is on display in the chant Missy uses to exorcise Bill and Ted’s ghosts: “Ed and Chris will rule the world” spoken backwards.

As mentioned above, the sophomoric sins committed by our otherwise pure heroes strike an unnecessarily dissonant note. They just plain feel out of character.

Nevertheless, Bill and Ted’s Bogus Journey remains a master class in how to make a sequel. Take a risk. Raise the stakes. Make it personal. Expand the conflict’s moral dimension, not just its physical scope.

And as always, don’t give money to people who hate you.