These have certainly been interesting times for comics, not only because of the consumer revolts and political stances, but also due to the quality of comics outside of the ‘Big 2’ superhero paradigm and is ripe and ready to be savored by all the readers who want quality in their books.

Enter Casa Nostra (our home), a passion project penned by script writer Chris Sarracini with graphic art by Nick Kilislian. Godfathered by UDON Entertainment as their first original venture, they have been historically known for their franchise comics such as its long-running Street Fighter line. The story takes place in the early decades of the last century when the social circumstances of America and the wars of the world coagulated in those hard-boiled days of organized crime at large. 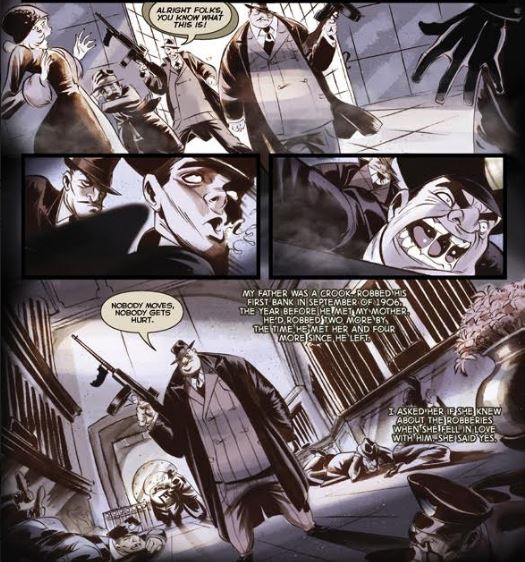 Femme fatales & hardened broads were part of said demimonde too. Dames gotta eat, after all. And this could sound generic at first glance, but what have we learned about judging covers? This story excels because it changes the paradigm and mixes-up Noir fiction setting with a dash of Western, stirs the character archetypes and asks an interesting question for said state of affairs: What about crimes committed for the sake of evil, not because destiny gave you a crummy hand, but for the sport of blood? What happens when it’s not even about money? Is there such a thing as a step too far? Can revenge ever be justice? At what cost?

The plot is elegantly driven by Claire, who runs a prominent safe house for members of mafia families and other notable citizens who need to lay low because of their day jobs, as in con jobs. Three lovely ladies, Anabelle, Rosa and Sharleen, help with the operation. From tending wounds to catering to pleasures their guests desire. But these gals learn the hard way how playing with fire long enough will get you burned. 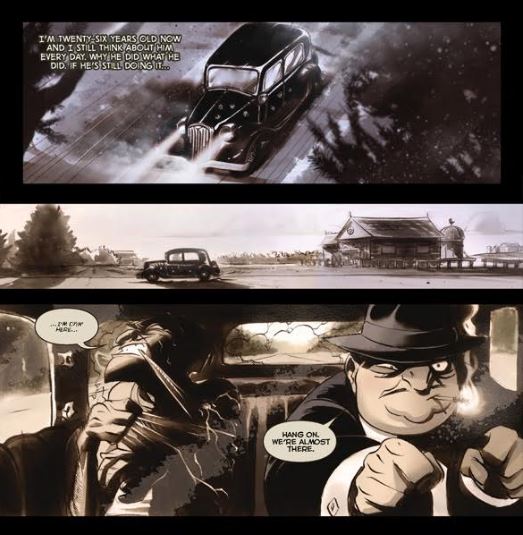 Now it’s up to Claire and Charlie, the lowlife sucker who could never say no to her, to set the record straight and try to mend the wounds of irredeemable acts. In the visual department this hardcover is a very stylish, cartoony line of illustration which perfectly blends the agile storytelling & its well constructed characters. They all have a visible/readable, distinct personalities, with the mood set through faded coloring and sepia tones. 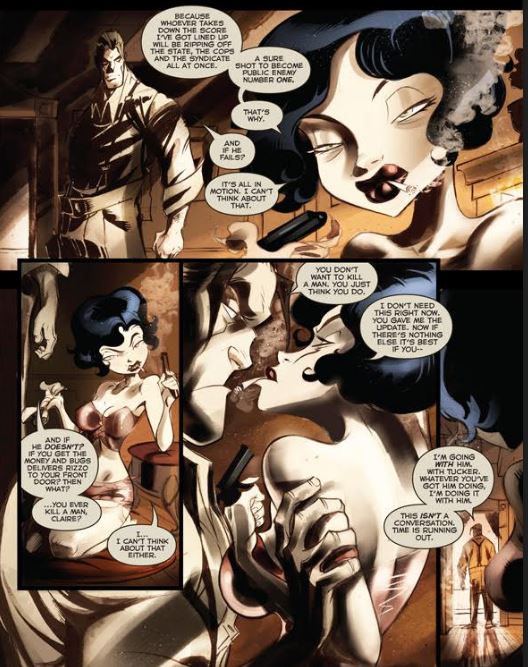 If there was anything I disliked about it, I’d be being nitpicky, to be perfectly honest. Maybe the conflict could be tougher, but that could be true of all stories ever, and I think a more traditional panel composition would have benefited the story and experience, but it still was a great one the way it already is. But hey, here’s what my friends Comic Boom!, and Humberto Ramos (Amazing Spider-Man) have to say if you are looking for a second opinion to make an informed purchase:

“Casa Nostra” is the best 1930’s, gangster-era revenge tale that is a MUST-OWN graphic novel!

So great meeting you @humberto_ramos. Thank you for the encouragement and support. So gracious! pic.twitter.com/QOheUFT8Lx

A review copy was provided by UDON Entertainment without any review prerequisites or stipulations. Casa Nostra is available for pre-order now in a hardback edition from the publisher’s website.