After the success of the first two movies in the trilogy, the qualified answer to the question of whether Blade: Trinity sucked must be ‘yes’. The next question is why? Well, it was a troubled shoot with a novice director, muddled script and a sullen star (Wesley Snipes) who translated his unhappiness with being sidelined by younger co-stars (Ryan Reynolds and Jessica Biel) into a visibly withdrawn and thoroughly grumpy onscreen performance. And the perfunctory early death of Kris Kristofferson’s Whistler in the movie was a also kick in the ‘nads for fans of the character. 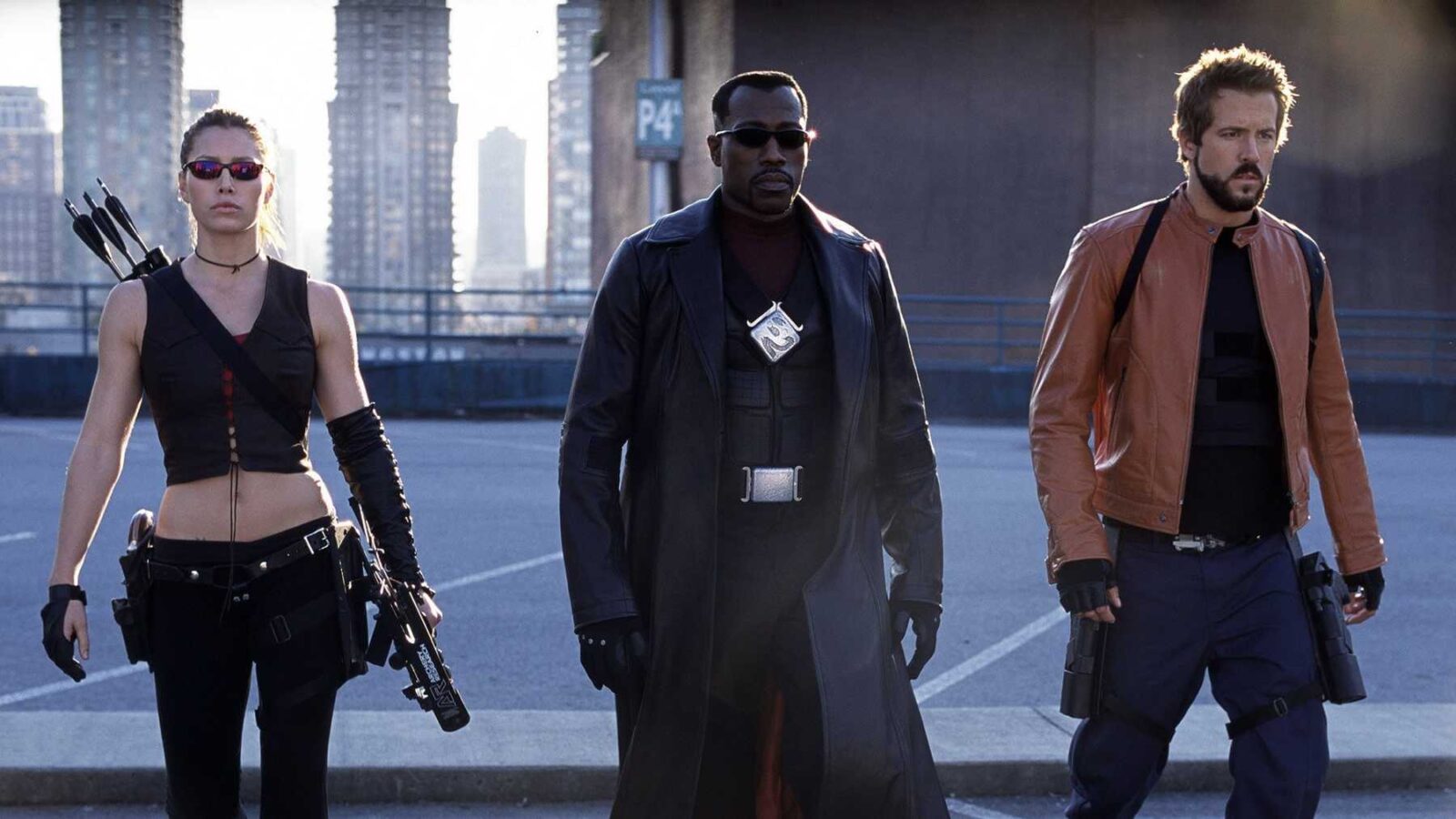 Of course there are those exceptional writers-turned director who’ve cracked it – Shane Black (that is until The Predator), Frank Darabont, Alex Garland, Christopher McQuarrie and the greats – including Billy Wilder, Preston Sturges and Joseph Manckiewicz. There are others.

But getting back to Trinity, the picture does actually have some incidental pleasures. Personally I thought Parker Posey was a hoot as Danica Talos, and, as others have noted, Ryan Reynolds as Hannibal King gave a dry-run for his patented smart-assery that was to be used so well in Deadpool.

The Nightstalkers group of vampire killers was unfortunately pretty lame (acknowledged in the picture with references to Scooby-Doo) and if Dracula is going to be brought back, he’s gotta be better than Dominic Purcell’s monosyllabic muscle beach ‘bro. The movie also severely wasted the talents of veteran character actors Eric Bogosian and James Remar. But as bad as Trinity was, quality control went out the window with 2006’s cash-in TV show Blade: The Series (Spike) which starred rapper Sticky Fingaz (Kirk Jones) who phoned in a xerox of Wesley Snipes’ performance.

Ratings for this show began well, but soon fell off a cliff as viewers deserted the show and it was thankfully swiftly cancelled.  The stench of the failure of Trinity and the 2006 series has now thankfully dissipated with the happy news that the Oscar-winning Mahershala Ali will be stepping into Snipes’ shoes as Blade for Marvel’s 5th Phase. Ali has had some experience in the MCU when he took the role of complex bad guy Cottonmouth, providing a stand-out performance in Netflix’s Luke Cage:

While Fox’s 2000 X-Men film is often cited as the beginning of the comic book movie renaissance, truly the first Blade (1998) is also iconic, and not just because Snipes starred as one of the first black superheroes in a major movie. As for Mahershala Ali’s take on Blade, there’s currently no word on the plot or how this will cross over into other Marvel movies, though studio president Kevin Feige said in an interview that Doctor Strange opened the doors for more supernatural elements in the Marvel cinematic universe.

Fingers crossed they keep one of the best lines in movie history that Snipes said in the original: “Some motherfuckers are always trying to ice skate uphill.”