Back to School? Here’s 8 Back-to-School Movies to Watch this Week

My latest piece for The Spectator: 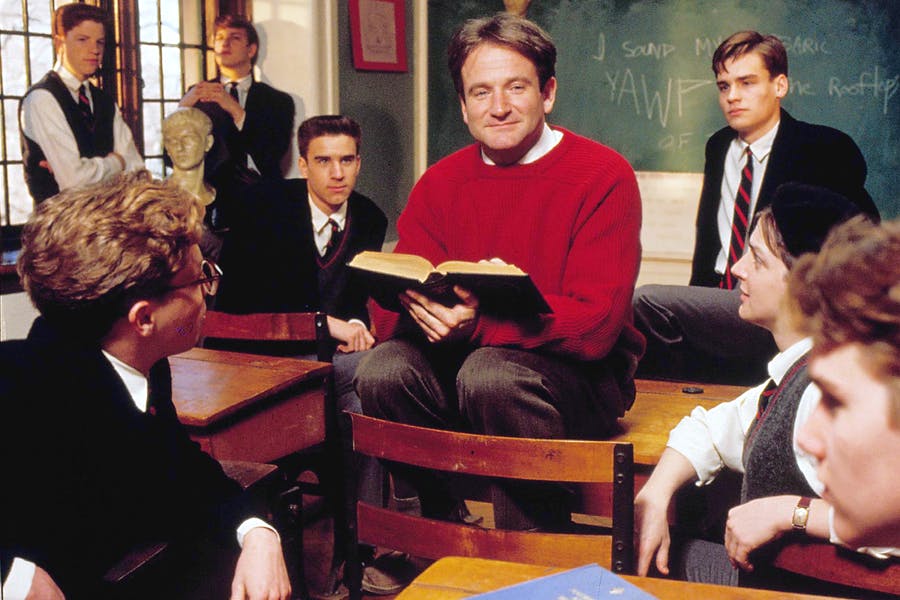 With the likelihood of at least some schools in England re-opening from Monday, June 1st, (and various schools in the U.S.) it’s perhaps an appropriate time to look at the depiction of schools in the movies over recent years, both good and bad.

The most familiar onscreen British school is of course Hogwarts, the wizarding academy from JK Rowling’s Harry Potter series of Children’s/YA books.

We first see the school in the 2001’s Harry Potter and the Philosopher’s Stone when Potter and crew memorably catch the Kings Cross special train and Harry gets his initial glimpse of Hogwarts.

And very nice it is too:

Hogwarts has also been featured in the second of Rowling’s Fantastic Beasts prequel franchise, so there’s little danger of the school disappearing (unless in the magical sense) from the screen anytime soon.

Probably second only in fame to Hogwarts in term of fictional British schools is St Trinian’s. Based on Ronald Serles cartoons, St Trinian’s was a film series about a rather dissolute girls’ school, which got increasingly smutty as the original five-movie series progressed, ending in 1980’s risible Wild Cats of St Trinian’s, which is best forgotten.

A highlight of the first four pictures in the series was George Cole’s dodgy spiv Flash Harry:

The series was rebooted for two movies, 2007’s St Trinian’s and the inferior Legend of Fritton’s Gold two years later. Rupert Everett gamely took on the role of Headmistress Camilla Fritton, echoing Alistair Sim’s performance as Amelia Fritton in the first St Trinian’s picture back in 1954. The two films were updated for modern sensibilities, but it has to be noted that the ‘Daddies’ in the audience were still catered for by some post-age-of-consent suspender-clad students.

It’s clear right from the start that all is not as it seems in this haunting adaptation of Kazuo Ishiguro’s famous novel. Set in a dystopian version of the future,  a select group of children live in an idyllic boarding school where their sole aim is to produce art for a mysterious exhibition – the purpose of which only becomes clear at the end. A star-studded cast includes Keira Knightley, Andrew Garfield and Carey Mulligan. Bafta-courting cinematography is combined with a bleak twist. Save this one for a day when you’re feeling philosophical. It’s not exactly cheery.

Charismatic English teacher John Keating, played by Robin Williams, instills in his pupils a love of poetry that binds them together in unexpected ways. Whether or not you take to this film depends on your fondness for Williams in straight acting mode. But if it’s tear-jerking Oscar appeal you’re after, watch on. Look out for a young Ethan Hawke in one of his breakthrough roles.

Back in 2000, we were treated to Douglas McGrath’s underrated adaptation of Charles Dickens’ Nicholas Nickelby.

The film is distinguished in my eyes by fine performances from Christopher Plummer as a strangely sympathetic baddie Ralph Nickelby and Jim Broadbent’s grotesque Dotheboys Hall headmaster Wackford Squeers (Charlie Hunnam not so impressive):

Not the sort of place I’d imagine any parent would want to send their offspring. But you never know.

To see my final picks, along with a couple of bonus selection, read the entire article here. See you in school!