Last week, when I gushed about the Expendables Go To Hell crowdfunding comic from Chuck Dixon, Graham Nolan, and Richard C. Meyer, I didn’t know all the details on how the project came about. Recently, Chuck Dixon shared some details with Hollywood in Toto and it all seemed to connect back to my topic today!

While working on an Expendables prequel comic for Dynamite Comics back in 2010, Chuck Dixon ended up impressing Sylvester Stallone so much that they’ve keep in touch with each other over the years. Now nearly a decade later, Chuck asked Sly who owned the comic rights and Sly stated that he owned the IP. After some discussion, Sly told Chuck that de’d be willing to co-write the book, but only if Chuck was involved. Realizing the story would work best as a crowdfunding endeavor, and knowing Ya Boi Zack was a massive Expendables fan (look at Jawbreakers and you can see it) Dixon made the offer to Richard and you know the rest! 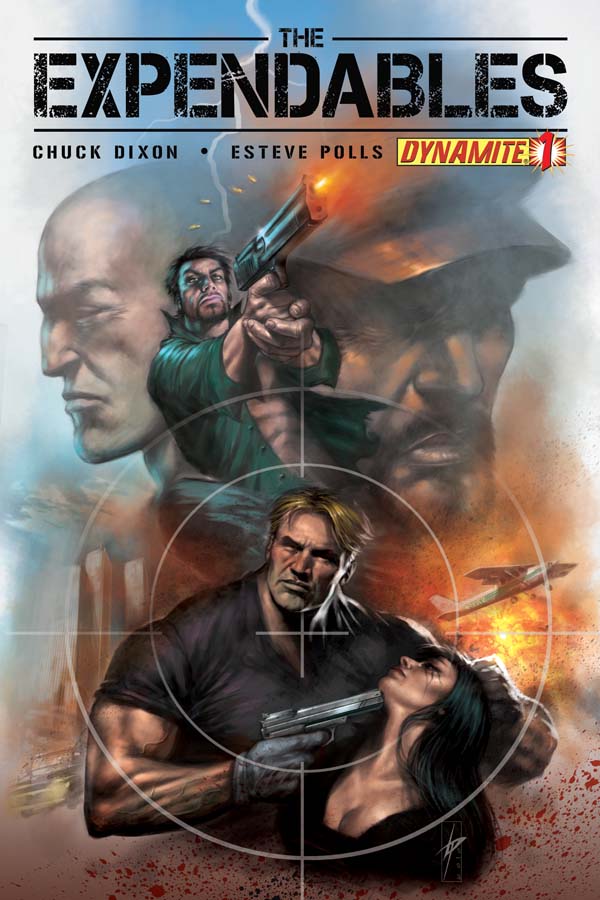 Now that I got all that out of the way, I wondered what that 2010 Expendables prequel comic was about. Well, like I said, it’s a prequel to the movie, but it’s not an origin story. After starting off with a mission to capture one of the brains behind those incredibly rampant “Nigerian Prince” scams, the team soon leads a mission to apprehend a Russian youth with diplomatic immunity. It’s a simple story, but it’s the details that count.

Sly wasn’t kidding when he said that Chuck gets the Expendables, probably just as well as Stallone himself does. It felt like I was reading a short film set prior to the movie. The banter was perfect and the artwork really captured the characters, even though most of the action takes place at night so it’s dark a lot of the time. One other gripe, ‘Tool’ doesn’t really look much like Mickey Rourke. I have no idea if they had the rights to use his likeness or not, or if artist Esteve Polls just couldn’t quite get the likeness right. Everyone else was spot on!

I highly recommend, if you’re an expendables fan this tpb is a must buy and available on Amazon here. And if you’re excited for the Indiegogo crowdfunded sequel, or you’re a Chuck Dixon fan, then I still say this is a MUST BUY!

Story Spotlight: The Expendables: The Comic