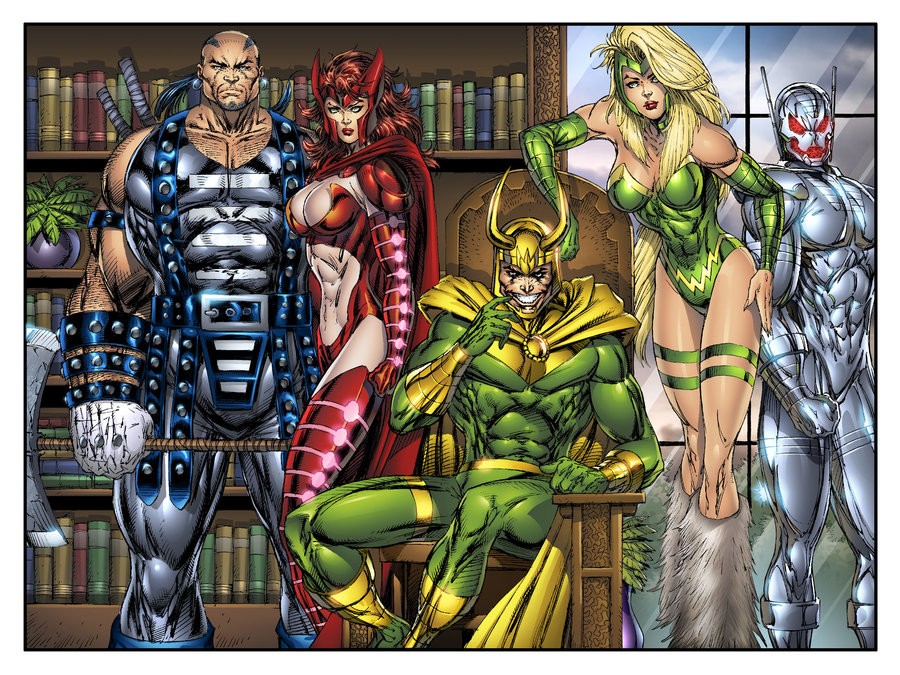 Going back over my back catalog of planned videos, I figured now was a good time to go over Onslaught Reborn, the mini series that “Celebrated” the 10th anniversary of both events. Working on this were Jeph Loeb and Rob Liefeld and this tale is… well, something else, that’s for sure. It tells the story of when Marvel’s greatest heroes sacrificed themselves to save the world from the deadliest threat they had ever faced (up until that time), Onslaught! The lives of the Fantastic Four and the Avengers were saved only when Franklin Richards created a parallel universe, where we found the heroes reborn.

A side effect of the Scarlet Witch’s “No More Mutants” declaration at the end of House of M. Of the mutants de-powered, among them were Professor X and Magneto. Somehow, someway, their energies merged and recreated Onslaught (who was created from the fusion of the two). How? Why? These are questions never fully answered and won’t be the last of them. Until now, he has been presumed long dead. Here, he is reborn – and he brings fragments of the other universe with him

Onslaught wants revenge and thus he comes after Franklin first! Franklin, wanting to spare his family any harm, teleports himself and Onslaught into an orb that contains the Heroes Reborn universe, despite the fact that Counter Earth is in the 616’s dimension and the heroes were restored and… anyone else seeing the problem here?

The thing about this mini is that it is so off the walls insane that it’s kind of endearing… like a lot of Liefeld’s work. It’s sort of like watching a train wreck that’s for sure. I can’t recommend it, but it’s entertaining if you turn your brain off.