Well guys here we are, the grand finale of the main Batman/TMNT Crossover! Yes we still have the ‘adventures crossover,’ but that’s its own thing. I hope you caught my series two back issue spotlight from earlier this week. For tonight’s review, we examine when the 80th anniversary of Batman collided with the 35th anniversary of the Teenage Mutant Ninja Turtles in this concluding miniseries to the BATMAN/TEENAGE MUTANT NINJA TURTLES trilogy. Our heroes have battled the evil of the Foot Clan in Gotham City and Bane in New York, but now Krang has gotten his hands on the most dangerous technologies in the DC Universe—and no universe is safe from his wrath! Co-published with IDW. 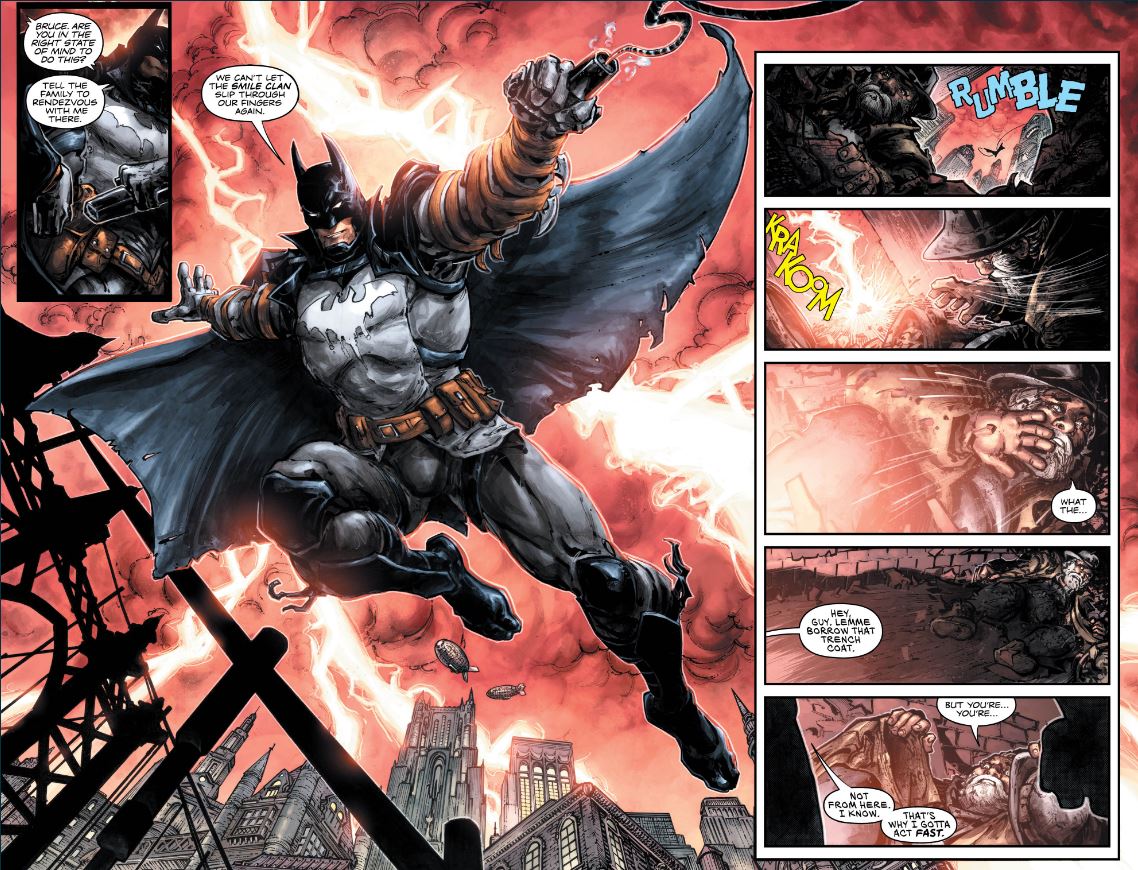 We open up with Batman swing in to deal with the Smile Clan led by Harley Quinn and the Laughing man. He is joined by his four brothers Leonardo, Michelangelo, Donatello, and Raphael! With the aid of their father Splinter they fight to keep their city clean and…wait…what?!? That doesn’t seem right! 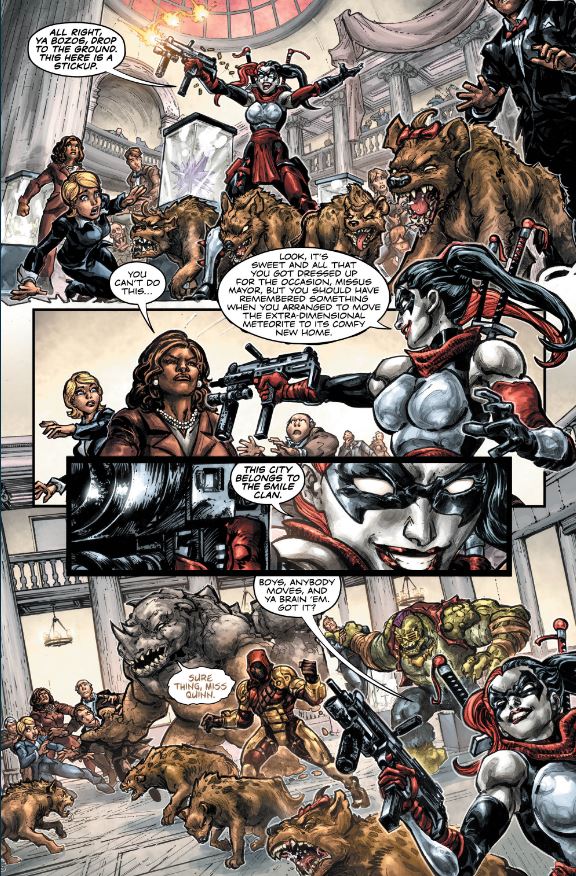 It seems Krang has slain the Anti-Monitor, using his body as a new robot, he plans on rewriting the multiverse so that he can finally have a world where he is the victor! He captures the progenitor TMNT and DC universes (complete with Kevin Eastman handling the art on the Mirage turtles!) and merged the two worlds we’ve been focusing on the past two minis (since the turtles from that universe are the ones this Krang has dealt with)

With assistance from Mirage Raph, Batman and the turtles have to remember who they, and their allies, are to stop this Crisis…but does Batman WANT to remember? Has he always had a family? Or has he always been a loner?

James Tynion IV, Freddie E Williams, and Turtle Co-Creator Kevin Eastman bring this awesome trilogy to it’s most epic conclusion with a Crisis in a Half Shell! Check out my review video below.