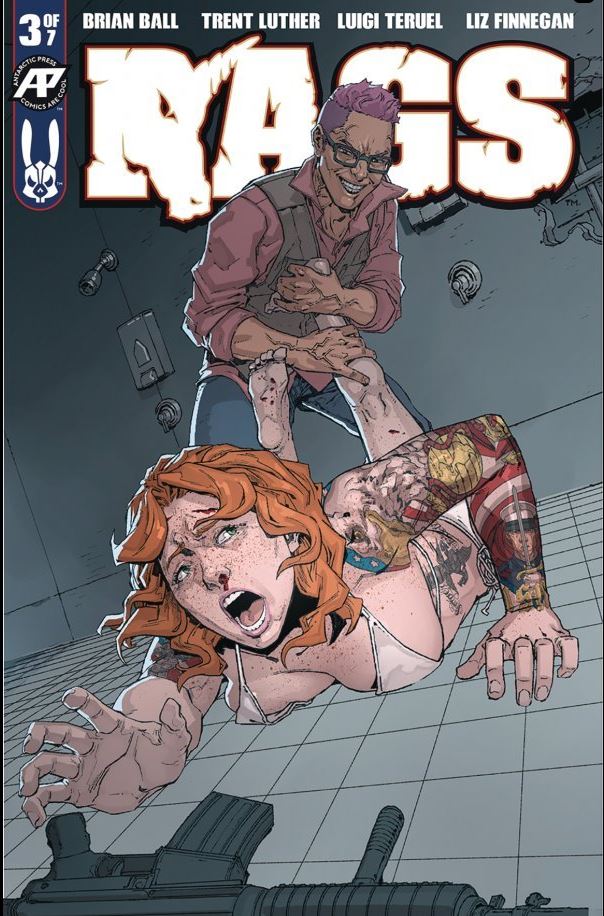 Well pants, mostly. This is a story about pants. Or a lack thereof I should say. I just got around to reading Rags #3 from Antarctic Press. Yeah, I know. My comics are piling up and this one came out around eight months ago! I need to get caught up, but I was so blown away with this issue, and the series overall, that I wanted to share this with our readers.

This issue tells us more about Cpl Regina Ragowski who is still having a very bad day. Her boyfriend Sean is dead, she’s surrounded by a ravenous undead mob, and…well…she has no pants.

I don’t know about the rest of you, but I had way more nightmares of leaving the house without pants on compared to zombie attacks as a child so I could hardly imagine the horror of both of these things occurring simultaneously. Yet here we are, or I should say, here she is, pant-less and afraid.

Rags is beautiful. Let’s start with that. This book is gorgeous. (…real-life model Liz Finnegan, aka Regina Ragowski, is gorgeous…notice me senpai)

Luigi Teruel’s artwork is superb once again, and the colors by Capucine Drapala masterfully accent the dying landscape with the occasional splash of muted, but much-needed patches of color. Regina’s tattoos and freckles, in particular, are simply stunning.

The panels often come to life without any dialogue present. Regina never needs to tell you how she’s feeling, you can just see it for yourself, 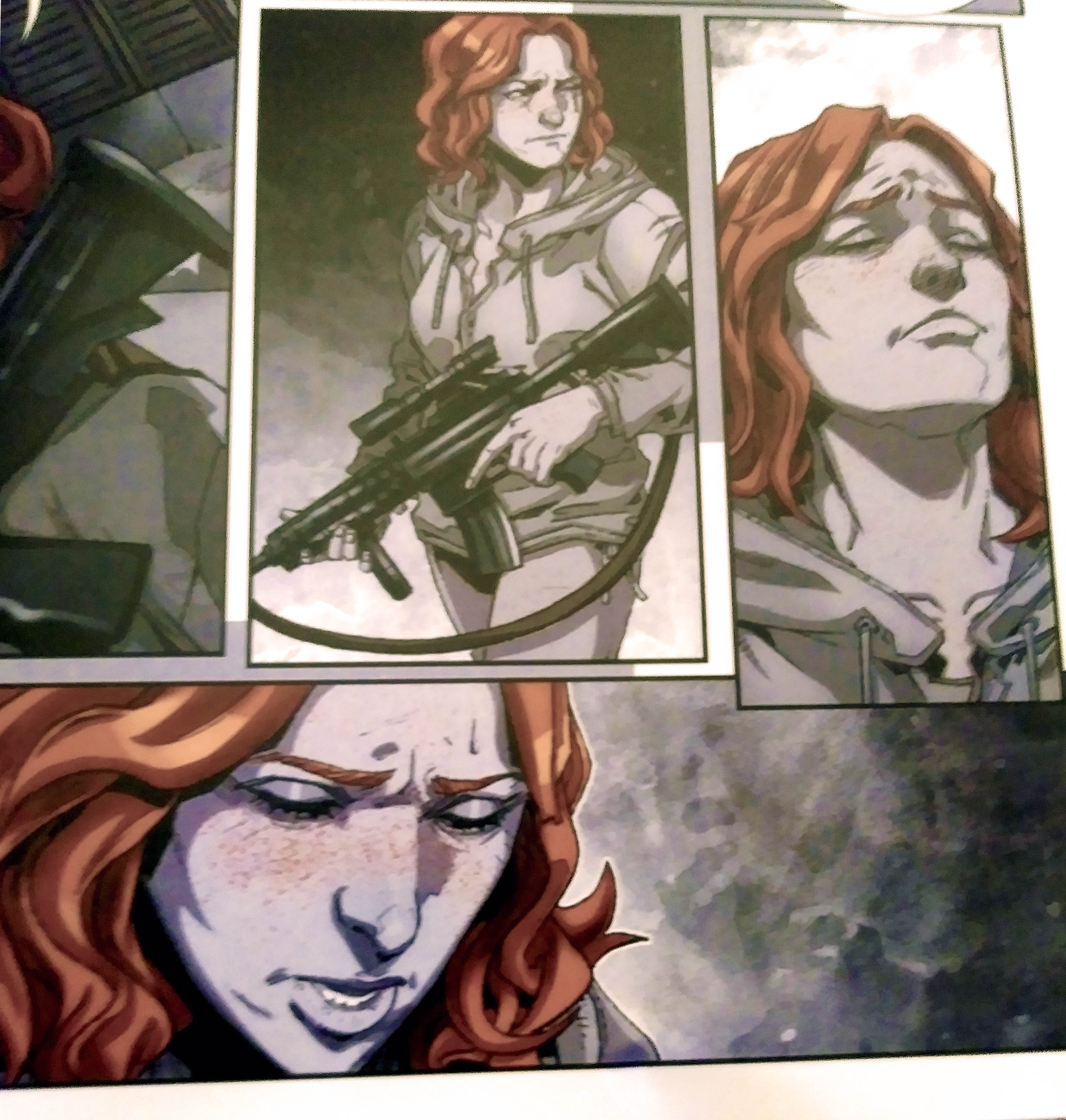 The lack of monologue makes her anguish that much more palpable (please take note Tom King). You know all those times you’ve sat there silently hating yourself for that one dumb thing you did 20 years ago? This is what you looked like,

After narrowly escaping an attack by the undead horde that obliterated the camp she was taking shelter in (see Rags #2), she finds herself in the ruins of an abandoned fitness center. Fighting visions of her dead boyfriend, she lets her guard down for a moment to take advantage of the still functional showers. Unbeknownst to her, a pair of armed male feminists are watching her every move. 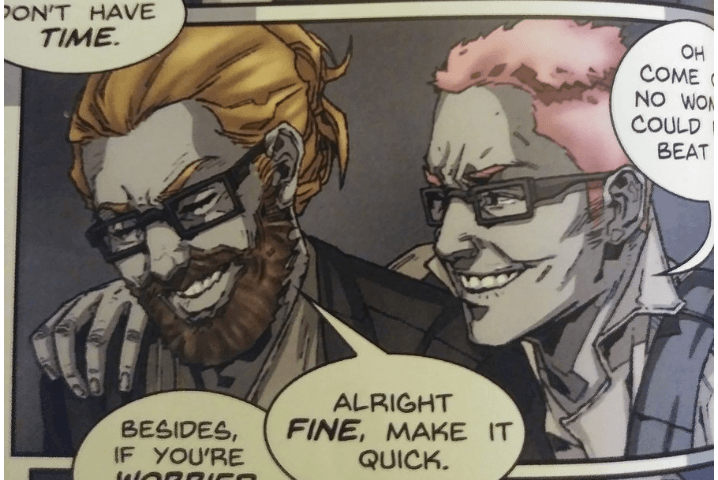 It’s here that the masterful combination of art, writing, and color really shine and show why this is such a special book.

This world is a dark place. A dreary hellscape of suffering that occasionally shows glimpses of life and color. This is in stark contrast to Regina’s memories where the world is bright and full of life. She survives in this abominable present (and in this particular instance) by living fully in her past, for better or worse. It’s clear that writer/creator and military veteran Brian Ball (aka: Some Other Guy) and co-writer Trent Luther have a deep understanding of the ways in which PTSD can manifest itself.

It’s the balance between strength and vulnerability that makes Regina so appealing as a protagonist. Nothing is certain for her and by extension you the reader. She survives the encounter, but if you’re expecting Rian Johnson Star Wars level storytelling here, prepare to be disappointed. Regina is a survivor. She’s tough, she’s trained, and she would mop the floor with your pansy ass if you pushed her, but she’s human; and any human is vulnerable if you can get the drop on them.

So Book 3 brings us full circle and gives us a better picture of Regina and the events that have shaped her life, and her experiences and expectations thus far in the hellish wasteland of California. Which is sadly not so far removed from our own. Just swap out a heroin addict or two perhaps.

This series continues to build momentum, and for me personally, has become the best thing ‘no one has heard of yet’ (ie: not in the mainstream). If you love great art, great storytelling, and a surprisingly vulnerable, yet incredibly tough female protagonist you need to get some Rags Zombie in your life ASAP.