At the Movies with Robert & Ingrid: The Expendables Review 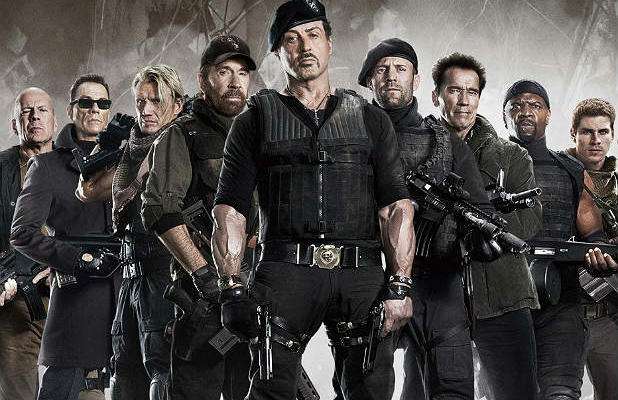 Ingrid and I continue our Movie Marathon as we go over the Expendables Trilogy, starting with the Director’s Cut of the first movie! Written and Directed by Sylvester Stallone, this movie stars Sly, Jason Statham, Jet Li, Dolph Lundgren, Randy Couture, Bruce Willis, Terry Crews, Eric Roberts, Mickey Rourke, Arnold Schwarzenegger, and Steve Austin. It’s an action fest as it pays tribute to movies from the late 80s and early 90s! And boy howdy does it show!

The Expendables are a group of mercenaries led by Barney Ross (Sly) who are usually sent on near-suicidal missions because they’re… expendable (the name isn’t just for show). They eventually get brought in on a mission to overthrow a dictator and to take the suit empowering him. That’s pretty much all you need to summarize things, because the plot is pretty thin, but it’s what’s under the hood that counts.

This movie gives more character depth to the characters, it’s about the team and how they interact across the mission. Also, naturally, we get a lot of big explosions and gunfire! Ingrid and I felt the movie was entertaining, but by no means a masterpiece. A lot of the action takes place at night so it’s hard to see. And, as we said, the plot is very thin. But, again, it was still dumb fun! Check out our full interview below.

Fair warning, the audio is off on this video and I couldn’t figure out how to fix it,  please bare with us.

At the Movies with Robert & Ingrid: The Expendables