At the Movies with Robert & Ingrid: The Expendables 3 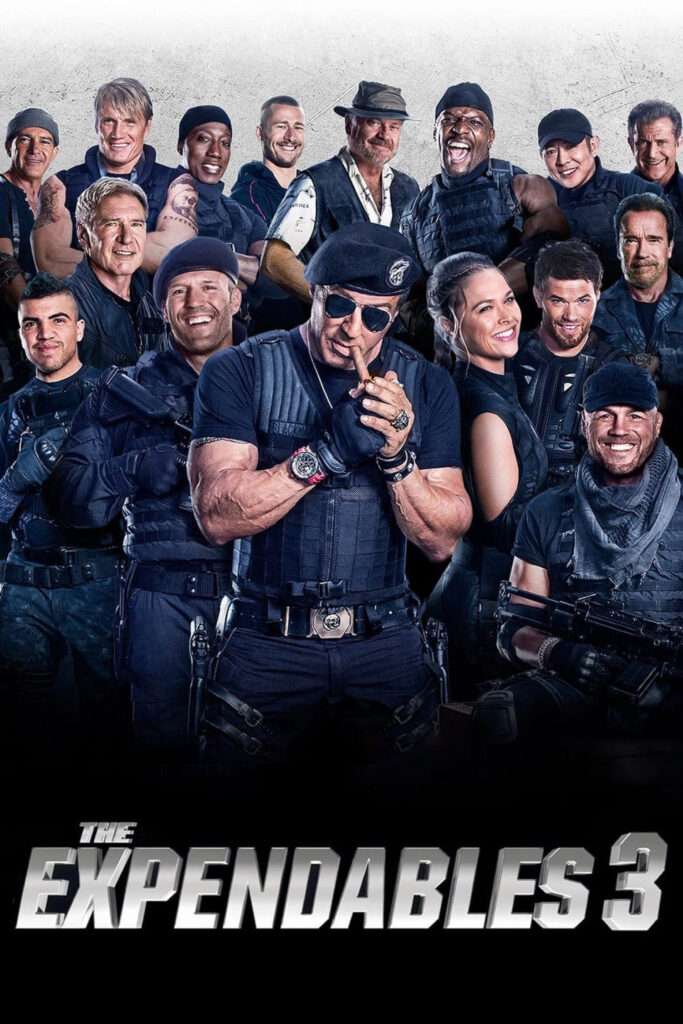 Wrapping up the Expendables portion of our movie marathon, Ingrid and I move on to The Expendables 3…and boy howdy is it crowded!

Now don’t get me wrong, there are a lot of good to get out of this! As always, the acting is amazing, as is the action. Mel Gibson is the best villain of the three movies, and Wesley Snipes is a great addition as is Antonio Banderas. Harrison Ford and Kelsey Grammer are great replacements for Bruce Willis too! And the climax has the best action sequence of the trilogy.

But, as stated earlier, this movie is crowded! For some reason, Sly chose to have the plot go down the “New Blood” route. After finding out a rogue founding member of the Expendables, Barney chooses to tell the current team (including a newly rescued Snipes) they’re disbanded! So…he then goes and forms a new team of young blood to go after Gibson…um…huh?!?

Yeah…you can see the big problem here. Why disbanded the one team and them form a new team to go with him? OH, you may say, it’s cause he won’t feel an attachment to the new kids. Well you’d be right…if it wasn’t for the fact Gibson abducts the new characters and holds them ransom…so Barney goes in to rescue them. Umm…why would he do that if he didn’t care?

Again, that is the biggest flaw of the movie (the PG-13 rating isn’t so bad cause the carnage hasn’t changed, it’s just bloodless) that really drags this movie. But it doesn’t hurt the movie THAT much!

If nothing else, what hurt the movie, and this trilogy as a whole…is that they are NOT meant to be marathon-ed! They are great movies to watch with some time in between. Watching them one after the other makes it clear how very same-y they are. Again not a bad thing, but it really reaches burn out.

Still, I can’t recommend this movie enough! Check it out!

At the Movies with Robert & Ingrid: The Expendables 3