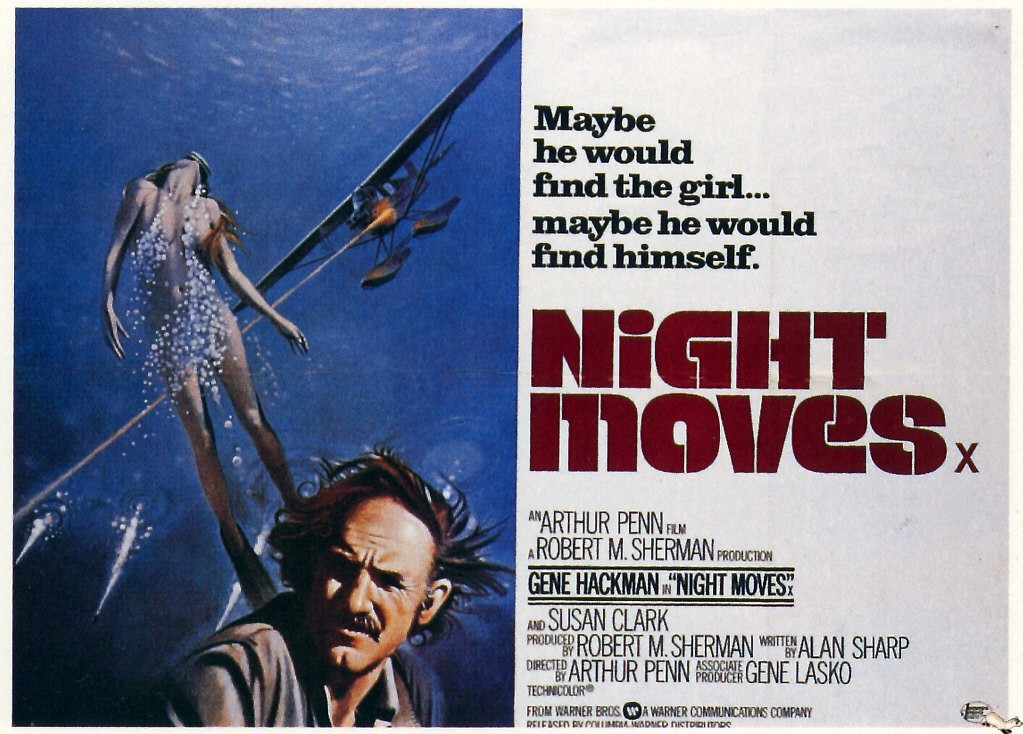 At the beginning of Arthur Penn’s detective drama Night Moves, you could be forgiven for thinking that you’d stumbled on to an episode of The Rockford Files.

The LA setting, charming, but occasionally crusty PI protagonist and missing daughter plot could all resemble a typical Rockford mystery.

But you’d be way off base. Waaaay off, in fact. 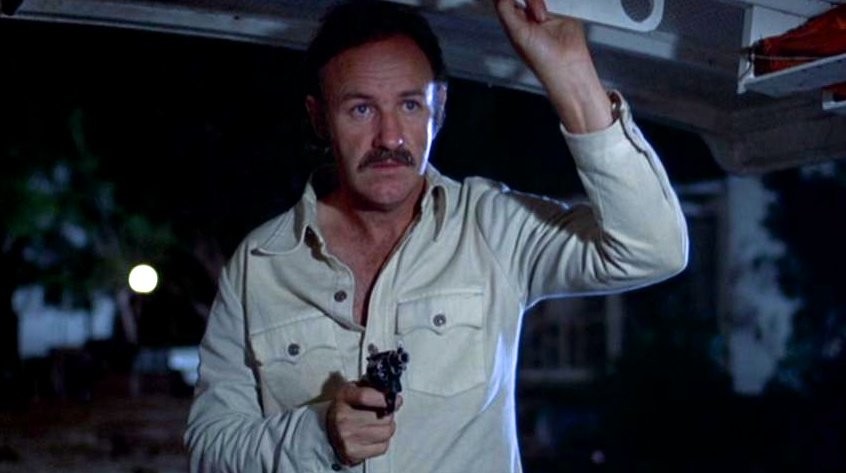 Written by the great Alan Sharp (of Rob Roy fame), the story follows Harry Moseby (Gene Hackman), retired professional footballer turned PI on what could appear on first glance to be a routine missing persons case.

I won’t spoil the story – or the shocking ending. 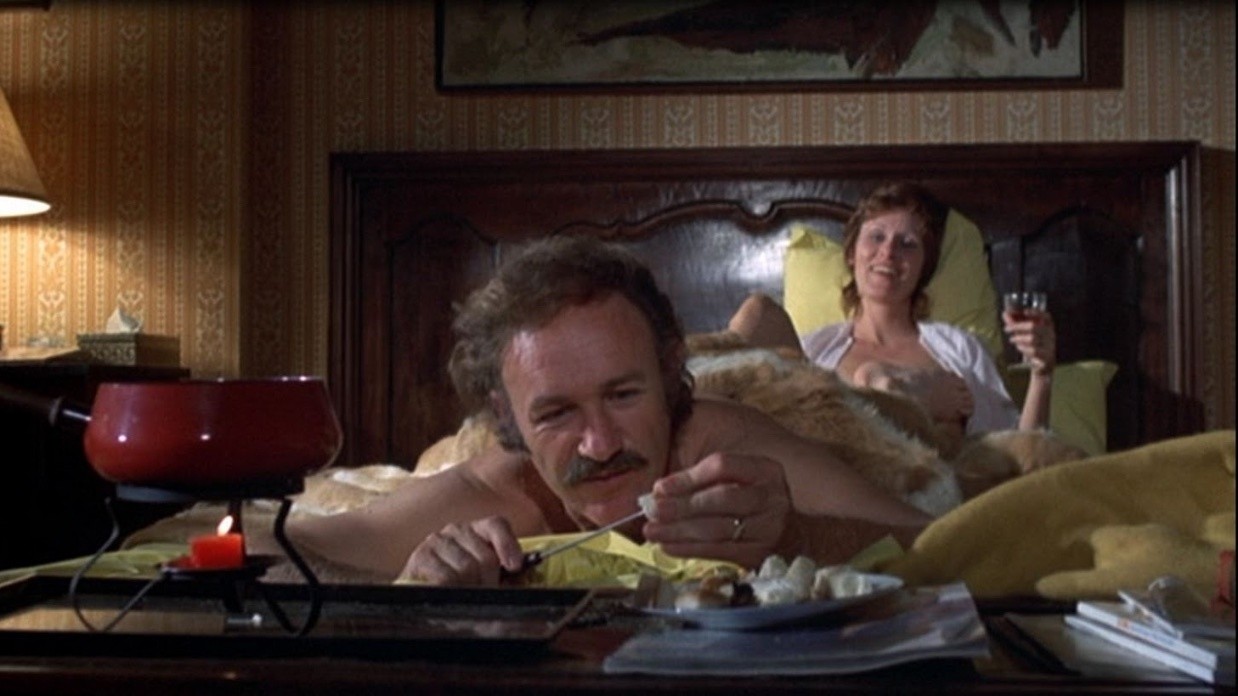 See how I circled back to Rockford?

The score by Michael Small (Marathon Man/The Parallax View/Klute) is excellent, mirroring the coke-drained, bleary-eyed feel of the picture.

Night Moves did little in terms of box office, but has since be widely recognized as a classic movie – and director Arthur (Bonnie & Clyde) Penn’s best. Penn went on to direct the weird Marlon Brando/Jack Nicholson Western The Missouri Breaks (1976).