With Ken Akamatsu being vocal of late about the free creative expression of the anime and manga mediums, my mind strayed immediately to Love Hina. A seminal work of Akamatsu’s, the Love Hina manga ran from October 21st 1998 to October 31st 2001, combined into 14 volumes. But it was the anime by Xebec that ran from April 19th 2000 to September 27th 2000 that first introduced me to the harem genre, and some of the wildest, most unique characters I’d seen (anime wise) at that time.

The story is centered around the klutzy Keitaro Urashima, a 19 to early 20 something trying to get into Tokyo University because of a promise he made as a child with a girl his same age. The promise based on a legend that if two people go to Tokyo U together, they’ll live happily ever after. Keitaro is a second year “Ronin”, which means he’s failed the entrance exam to get into the prestigious university twice, his frustrated parents pressure him to settle and get a job, spurring him to visit his Grandma (Hina) at her business establishment, the Hinata Inn.

Little does Keitaro know that things have changed since his last visit so many years ago when he made the promise to that little girl. The Inn has become an all girls dormitory, and he blunders in obliviously to use the premises’ hot spring, running afoul of Naru Narusegawa, and naturally, a misunderstanding of epic proportion follows…

Keitaro running for his life through the grounds wearing nothing but a towel, and a laundry basket on his head, chased by the riled occupants (Kinda gotta see it to believe it).

When things settle via the intervention of Haruka Urashima (A cousin, but he calls her ‘Auntie’), we are introduced to the dorm’s present situation. Grandma Hina has abruptly left to travel the world, and the place needs a manager. Keitaro is reluctantly accepted to fill this role because plot.

The following 23 episodes of the 24 episode anime (there is a 25th special episode, I should note) covers the development of Keitaro’s relationship with the first Hinata resident he encountered, Naru, suspecting the attractive young woman of being the ‘Promise Girl’ from long ago until she drops the bombshell of only being two or three during the time in question, and couldn’t have made a promise with him.

While the drama with Naru is progressed, the other women in Hinata are explored at length. The 15 year old Kendo prodigy Motoko Aoyama (Hey! Mona Marshall again!), who finds Keitaro vexing do in part to issues with her older sister marrying, and…phobia of turtles…I don’t get it either, but her temperamental misandry, and obscure phobia is funny! She’s under constant stress to excel because she is to inherit the family’s Kendo school (The Divinity School of Swordsmanship) eventually.

Then there’s Mitsune “Kitsune” Konno, a sly loafer around Keitaro’s age, and a drunk with some personal damage stemming from unrequited love. She’s a bit of a hot mess because of her habitual drinking, gambling, and partying, but has a good heart beneath it all. Kaolla Su is a 14 year old from another country (left unnamed in the anime) who transforms between teen and adult under a red moon. A mechanical genius, some episodes are driven by her creating some outlandish invention that goes out of control.

Shinobu Maehara, another 14 year old who takes up residency at Hinata, is shy and anxious, but wickedly good at cooking. Having an almost instant crush on Keitaro, she’s the kindest person to him in the cast outside of Mutsumi Otohime.

Hailing from Okinawa, the sumptuously curvaceous Mutsumi is the same age as Keitaro, suffers from anemia, and at first blush seems a klutz like him, if not a bit of an airhead. In reality, she’s subtly manipulative, and shockingly perceptive. She was the girl who told Keitaro about the legend of Tokyo U, but didn’t in fact make the promise with him. That little important detail I’ll leave alone for those who haven’t watched or read.

It should be noted here that all the female cast just mentioned develops affection for Keitaro in some way or other, but Keitaro and Naru is the clear ship to sail all the way through, with Mutsumi being only a minor trouble to the otherwise calm waters.

Love Hina is full of zany, over the top antics ranging from chases across Japan, to Motoko dropping a Kaiju sized Gamera-like mecha (Thanks, Kaolla…) with a single ki powered sword strike, to a kissing robot named “Mr. Cherry” frenching its way through the Hinata inhabitants (Thanks again, Kaolla…), or Keitaro being punched into the lower mesosphere damn near every episode by Naru, but the anime seems fixated on the subtext of promises, and how one’s dreams are anchored to such promises.

The end theme is rather blatant, in fact…

Much of Keitaro’s strength is in spite of himself, being a weakling at face value, his dream to make it into Tokyo U and live happily ever after with his “Promise Girl” makes him unbreakable no matter what life or the majority of the cast literally throw at him from episode to episode, be it missiles, ki attacks, etc. Keitaro is shown to be virtually indestructible.

He will not, cannot, break the promise, so he will not be, and cannot be broken.

The alternative is letting go of his dream, which he also can’t do.

Furthermore, in the anime are several old men commenting on the sidelines about dreams between the hysteric plots unfolding around them, the cast borderline breaks the wall in remarking about Hinata being like a dream as well.

In the final scene of the second episode, Shinobu, after resolving her depression over her parents divorce, is filled with joy, looking into the sky and seeing clouds shaped like arrows pointing in all directions after the episode used arrows in the background and foreground to point her away from whatever she was running from, or couldn’t face. One wonders if the anime is telling us that reality and dream are closer fellows than we might think.

Love Hina can ultimately be described as a pure flight of fancy, and overly indulgent at that, but this is what makes it so profoundly enjoyable, and a long lasting favorite now almost 20 years later, with two specials, an OVA, two light novels, and an impressive array of video game releases beneath its belt. Its willingness to take us into a fantasy world grounded in as mundane a setting as a suburb in Kanagawa, and then generate un-tethered action of extraordinary levels within it, as well as about it, shows a boundless sense of expression. 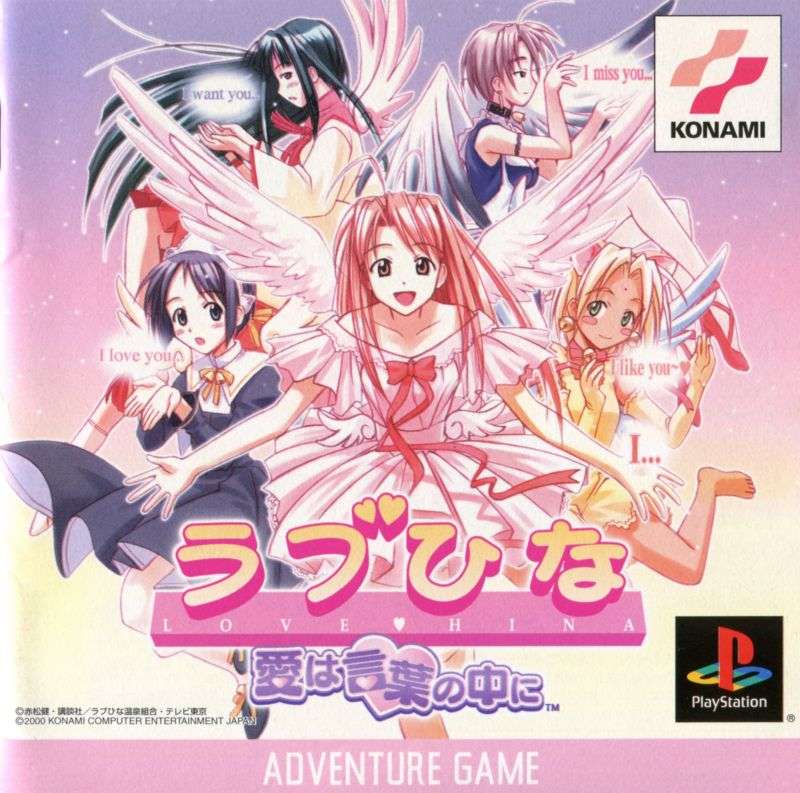 Yes, it stretches credulity, but that’s part of the reason one watches anime to begin with. Anime and manga press the boundaries in story telling, and draws us into the unbelievable, making us buy it hook, line and sinker. A quality that Ken Akamatsu is hotly defending right now, that the originality of anime and manga doesn’t get artificially flavored, or censored to make it palatable for demanding, and creatively restrictive foreign markets.

Akamatsu wants to keep the promise of anime and manga like Keitaro Urashima and his dreams.