Anime Recollections: ‘If I See You In My Dreams’ is a Piece Of Christmas Cake!

Keeping with the season, this installment of Anime Recollections will address a Christmas episode from an anime. This article’s subject being ‘If I See You In My Dreams’ (夢で逢えたら Yume de Aetara). The Seinen manga was written by Noriyuki Yamahana running from February 1994 to December of 1999, forming 17 volumes. The anime by J.C. Staff aired from November 30th to December 24th 1998 and was produced by TBS. A three episode OVA was produced the same year of the series, also by J.C. Staff.

The 1998 anime series is the focus here as it retells a portion of the manga’s story with 16 seven minute bite sized episodes that cover the bases rather well, keeping the plot moving at a streamlined pace. Masuo Fuguno is a salaryman, and 24 year old virgin, who is head over hills for the gorgeous, but vulnerable Nagisa Shiozaki, a Kindergarten teacher 22 years of age, and fellow virgin with mixed feelings about having an intimate relationship with a man due to a past heartbreak.

If that weren’t enough of an obstacle for Masuo, he has the affections (and purposeful interference) of one Miho Hamaoka, a beautiful co-worker (and a redhead, woot!) who is the cause of countless misunderstandings between him and Nagisa. This love triangle situation is often poked, and prodded a by Isobe Namiko (voiced by the incomparable Mona Marshall, ‘Love Hina’ and ‘Tsukikage Ran’), another of Masuo’s co-workers, and friend of Nagisa. Isobe often tries to play matchmaker, unsuccessfully, finding both of them frustrating to pair off. 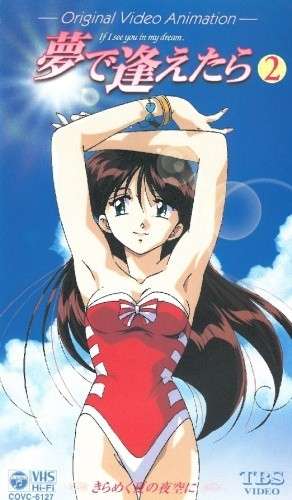 If I See You In My Dreams, naturally, is a comedy with a splash of well timed drama, and prevalent fanservice (Namely a lot of naked Nagisa). The episodes rely heavily off of the enjoyable gag of a situation being taken out of context because what was heard or seen is being read too deeply into. Each episode usually involves Masuo taking two steps forward in getting through Nagisa’s emotional walls, with Miho knocking him three steps back, be it intentionally or otherwise.

Masuo runs the gamut of ending up stuck all night in a stalled elevator with Miho, to answering Miho’s phone when Isobe calls it with Nagisa nearby to overhear, to bold faced lying to Nagisa about a delicate matter when she knows the truth of what he is lying about. The amount of bad luck Masuo has is both ridiculous, and entertaining, be it a little one note at times.

But it works well enough! 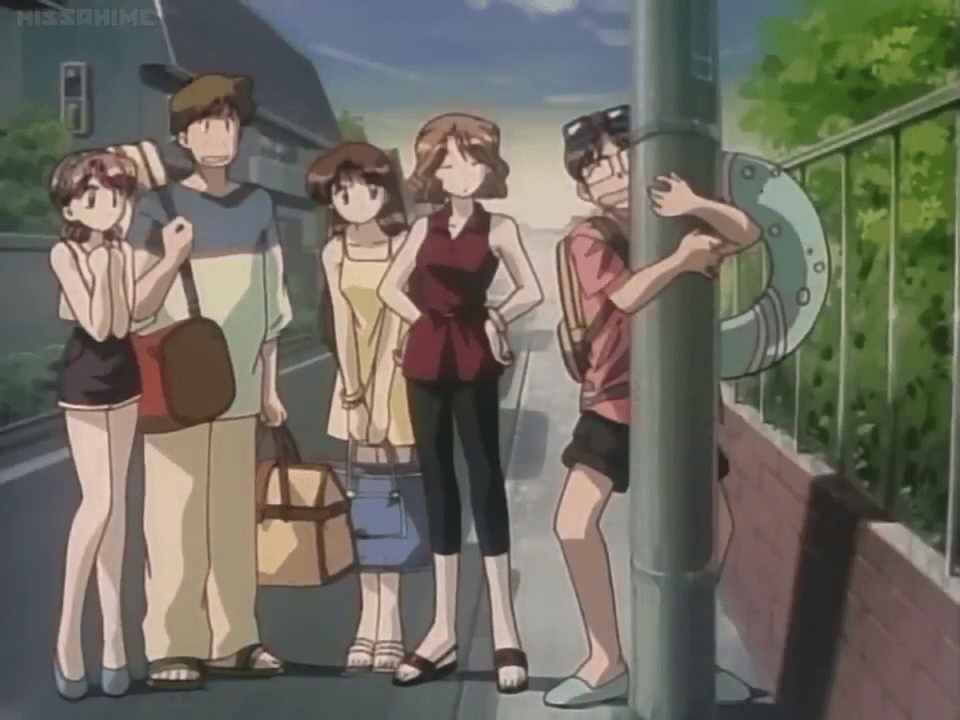 With the romantic mantel Christmas has in Japan, episode eight (My Boyfriend Is A Santa Claus) which involves (you probably guessed it) our male lead Masuo putting in some extra hard work during the magical season. The plot? Christmas Eve has arrived, and having not made any sales for his company that year, Masuo will not receive bonus. Furthermore, there is a Christmas party that Nagisa will be at, which he has to be at too so he can hammer out the most recent misunderstanding between them.

In a mad dash to make bonus, and make the party, Masuo sells Christmas Cakes (follow link to some fun culture) for a potential client with the hope that he’ll sign an invoice. Back and forth scene cutting between Masuo dressed as Santa Clause, ringing a bell and selling boxes of white sponge cake, and Nagisa drinking at the party conveys the anxiety inducing time crunch he’s in. When Masuo’s boss arrives to let him know that the client has signed the invoice, and he can go, there is a legit sense of relief to be felt. 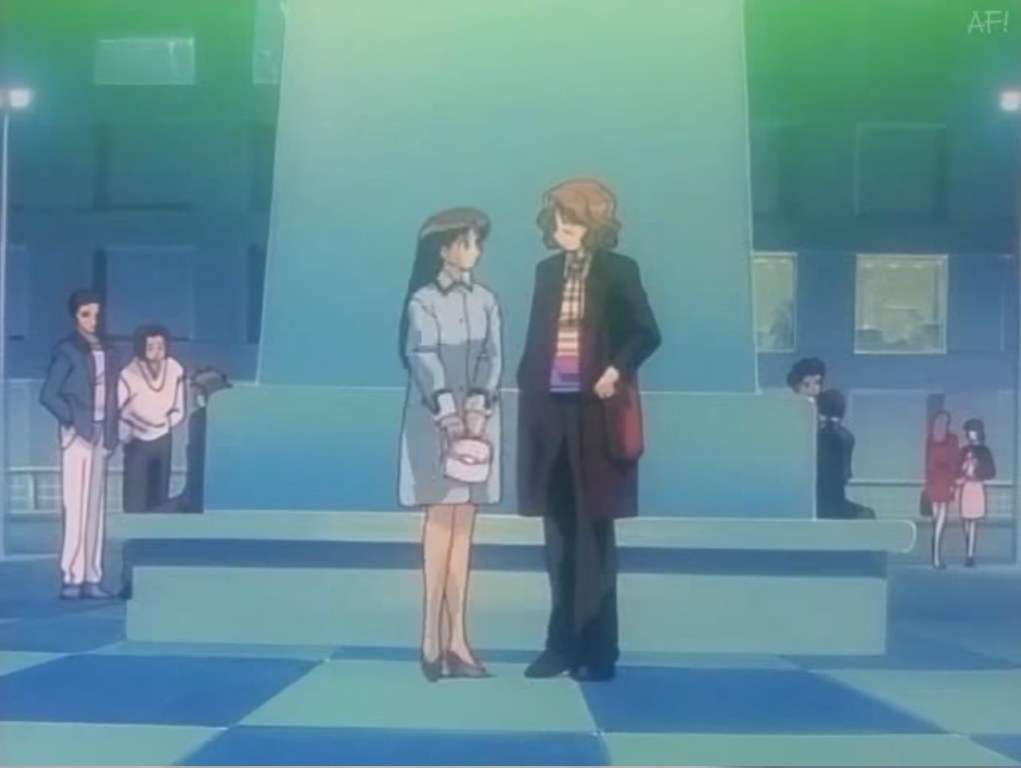 Racing to the party still in his Santa suit, Masuo arrives passed midnight, officially Christmas Day, and the establishment hosting the party closed, the festivities having ended long ago.

Absolutely desolate, Masuo is shocked to find Nagisa waiting for him outside in the snow, and the two manage to clear the air, heading back to her place for drinks and a bit more talk. Of course, a physically and emotionally exhausted Masuo happens to walk in on a showering Nagisa accidentally, setting up another misunderstanding, knocking him straight back to square one again!

Moral of the story?

This season, in your rush to get things done, and make those special engagements in the impossibly short span of time to make it to them all in, take a moment to breath, think, and decompress…

…and maybe knock first before entering the privy! 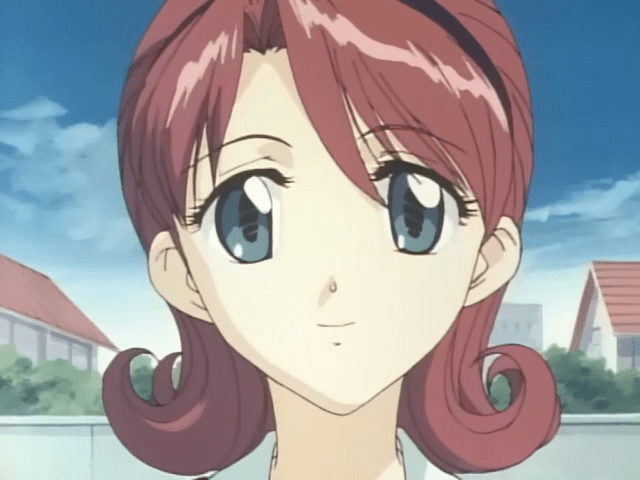